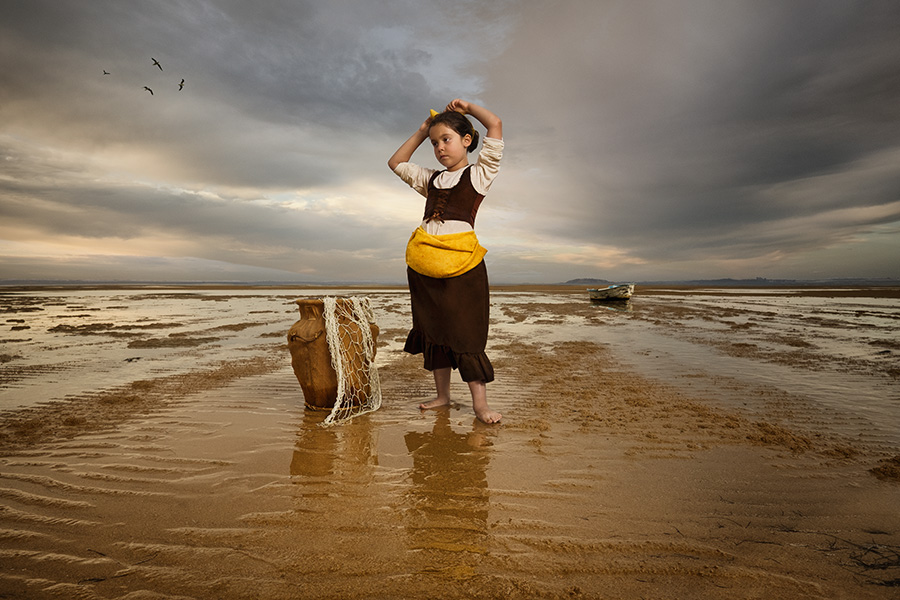 Inspired by the old masters

My journey in photography began from a very young age as my father was a bit of an enthusiast photographer himself. As he had other interests as well he didn’t devote too much time into the craft but he knew how to operate a camera making the necessary shutter speed and aperture adjustments. The camera that he bought and used was the 35mm Pentax ME-Super slr with the 50mm & 28mm lenses. A semi automatic exposure type camera that I was fortunate he let me handle when I was about 9 years old.

However it wasn’t till many years later that I developed more of an interest in the craft and eventually with that same camera learnt the basic exposure triangle and framing techniques. During that time I would have been 15 years old and with limited pocket money buying and developing film was a bit expensive so I never could immerse myself fully into it as much as I wanted. Eventually a few years later around 1992 or so I had some more money and bought an all mechanical 35mm Pentax K1000 camera with a few lenses and started shooting some more along with learning how to develop and print my own work using what is now traditional darkroom methods. On and off throughout the years I was always dabbling in the craft one way or another shooting a bit of everything, trying different genres etc. As I had a little bit more money, my kit was also slowly growing and it seemed I was sort of married to the Pentax system. A system I was happy with, it worked and never gave me a reason at the time to look into other systems. Fast forward to 2005 and Pentax released their first digital slr body, their digital bodies retained the K lens mount. To me this was great as I could use my existing manual focus lenses on their latest bodies. But the greatest thing for me during this time was moving over to a complete digital workflow as this allowed me to shoot and experiment with my work faster and more economically without the costs and time factors associated with traditional based film methods. It was very liberating coming from shooting film and although I enjoyed the craft at the time, I really don’t miss the process now, digital has spoilt me. Since the start of my photography journey I was usually shooting a bit of everything and never had settled on practicing and refining any particular genre of photography. The irony is that portraiture was never something I took an interest in as I was never really exposed to some of the great portrait photographers like Avedon, Karsh, Steiglitz etc. Although I was always fascinated by the works from the great old master painters like Vermeer, Rembrandt, Caravaggio and others during the golden age. And as much as I loved their work, I could never draw or paint and in my earlier years pre-digital photography, it wasn’t an area I was looking at experimenting in either given the craft’s costs and limitations. In 2010 I decided to take my photography to the next level by understanding lighting! I was always a natural light photographer but that came from me not having learnt an important part of the craft being artificial lighting. In a short time given my previous understanding of the craft I learnt all about off camera strobist lighting techniques. This was the moment it all came together for me and gave me that extra element which was to be the start of me finding and eventually defining my style. Learning to light gave me that key in previsualizing an idea, a scene in my mind and then creating it using the latest photography tools we have from the shoot to the final post production.

During this time our young daughter had turned 3 years old and what started off as a few conceptual and painterly style portraits of her slowly became something we’d be all involved in together as a family, a creative outlet which we were enjoying doing every few weeks or so. Within 6 months a small body of work had developed and it’s when other photographers, the general public and media found appealing. Appealing in that the images made you look twice as they weren’t your normal type posed or candid portraits but more a stylized type work done tastefully. It was at this point we realized that it had become a project. They were not portraits of our daughter as we previously considered them but conceptual works that appeal to people as the subject is a protagonist in a storytelling scene, a universal child that many people can relate to in some way or another.

Mistakenly a lot of people ask me which are the original painting works that i’ve recreated and here’s the thing. Most of these works except for perhaps a couple have been inspired by the old masters painters works but it’s been more about recreating the atmosphere the masters works were known for. My switch to Fuji X

Some time ago in late 2014 I was looking for a camera that I could carry with me almost everywhere. I was still using the Pentax dslr cameras for my conceptual project work but lugging around a dslr as an everyday type camera is something that never appealed to me. Most people during this time were talking about the Fuji X system and how good it was so I had my eye on the Fuji x100s. It definitely looked appealing aesthetically, it was compact but also had features that indicated it was aimed at advanced photographers. It ticked all the boxes in what I was looking for. I ended up buying one but at the time it was not to replace any part of my current system. Within a short period of time I discovered myself how the image file quality was comparing it to my current dslr’s and that was when I started considering the system a bit more seriously. The ergonomics coupled with the features including the leaf shutter lens allowing me to sync my lights at 1/1000s along with the 3 stop inbuilt ND filter had me thinking this camera can give me that extra piece of creative control. I decided to give the camera a serious run in a studio type environment and in an outdoor location using the leaf shutter high sync speed ability with off camera lighting. It worked! In fact it worked so well my dslr wasn’t used as often after that. I always shoot in raw and the raw files coming out of the X-Trans sensor had all the detail, colour and dynamic range I expected for my work. (Here’s a link to my experience shooting my portfolio work with the x100s at that time).

As capable as what the x100s is at it’s focal length it couldn’t be my only camera as I needed a bit of a range in focal lengths as i’m generally a wide to normal focal length shooter. In May 2015 the decision was made to sell most of my Pentax dslr system and invest the money into the Fuji X system as it was obvious mirrorless was going to be the way of the future.I bought an x-e1 and an x-t1 with a selection of the fujinon lenses and since then I haven’t looked back. The system has proven itself to be very capable with the slower methodical approach to how I work. A lot of photographers say the system slows you down a bit and in part I have to agree and that’s generally a good thing.

The design of these cameras with their aperture rings on the lenses and shutter speed dials bring back the joy of shooting 35mm film but without the traditional costly and time consuming process of film and this along with the image quality is what I believe photographers including myself find appealing. Has my photography improved because of the system? Probably not but it’s certainly been more enjoyable shooting with it and I believe photographers that have come from a 35mm film background perhaps appreciate the system moreso than those that embraced photography in the recent digital age.

Personally I think this is what it comes down to…. “Every system has it’s strengths and weaknesses and all systems are more capable than what we are photographers. At the end of the day the difference can even just be psychological, but if that’s the difference in translating to a better user experience and the system becoming less an obstacle in the creative process, all the better!”

Born and residing in Melbourne Australia, Bill Gekas is a multi awarded and published fine art portrait photographer.
Self taught and by learning the intricacies of photography since the mid 90's, his admiration and respect for the works by the old master painters has influenced his stylistic approach to the craft.
His works have been published in various art journals, books, magazines, newspapers and other media outlets worldwide including BBC, NBC Today, ABC News, Daily Mail and others.
Although he occasionally shoots commissioned work, the renowned and exhibited works are primarily of his young daughter portraying a protagonist in a storytelling scene, a universal child.
Practicing the art of photography and constantly refining his style. 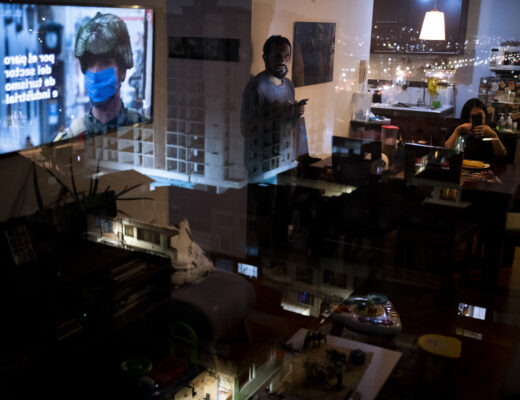 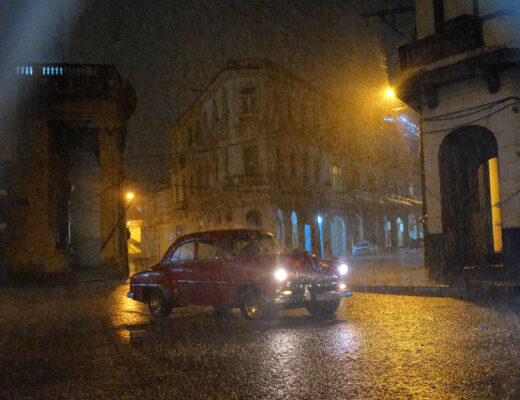 Street View In Color. A Journey in Cuba with Fujifilm X-T3 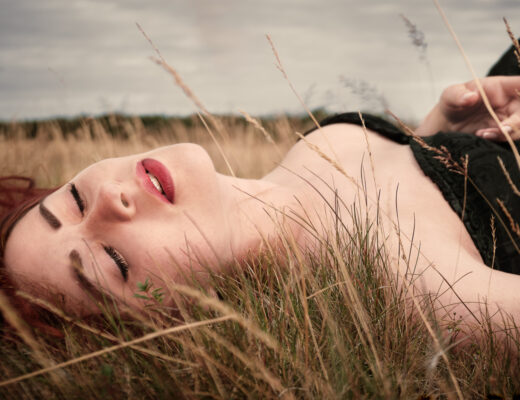 The recipe for “Melancholia”: Kikki, the Alvar, my X100T, and post-production