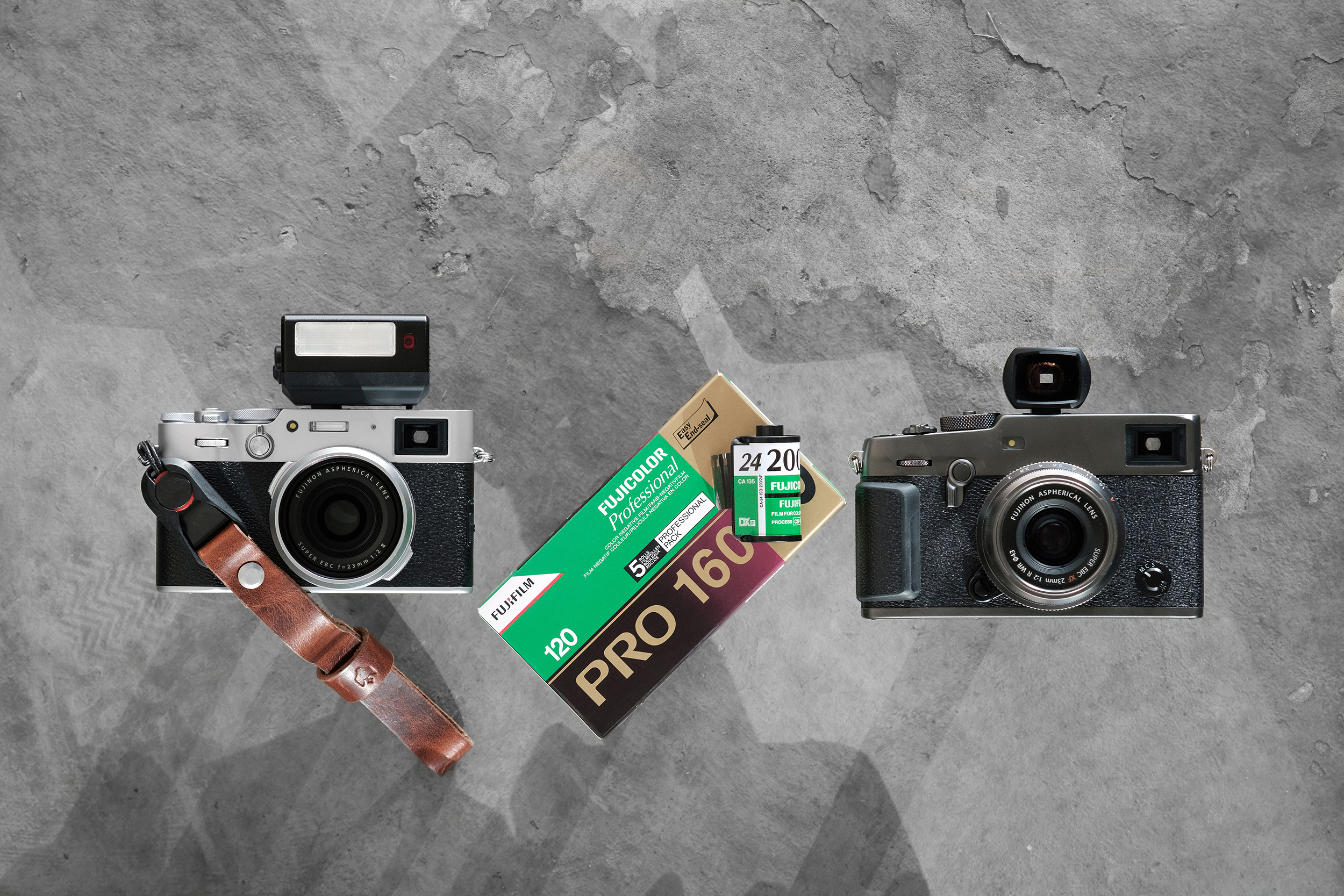 The Divergence of the X100V from the X-Pro3

The original Fujifilm Finepix X100 is the OG. It and the X10 set the aesthetic and functional standard for the entire X Series family of cameras since its release in 2011. The following year Fujifilm launched the X-Pro1 and X-E1, solidifying the design language: Retro Rangefinder. Although the X100 came first, the X-Pro series set the lead when it came to the latest technology. With each new iteration the X100 came closer to the performance and features of the X-Pro series, but never surpassed it. Typically the X-Pro camera would launch with the latest and greatest, and the X100 camera followed a year later. For example, the X100F finally got the higher capacity NP-W126 battery in 2017, but no 4K video or a high refresh EVF. 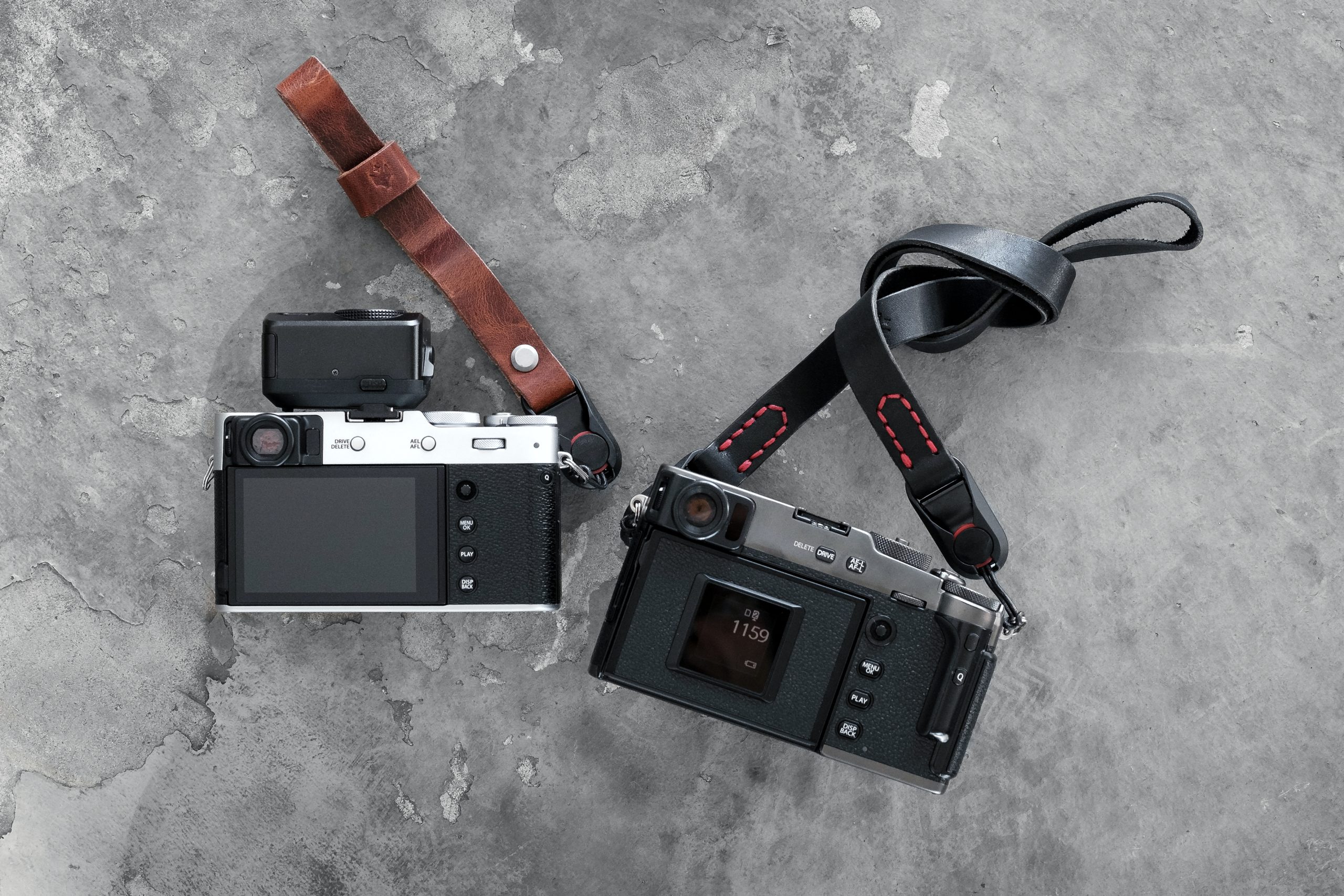 When the X-Pro3 was launched in October of 2019, many industry insiders already began speculating on what features the X100V would have. I knew without a doubt it would have the same sensor+processor combination, it would finally get WR (Weather Resistance), the same upgraded HVF (Hybrid Viewfinder), and an articulating screen. I also had a strong feeling the D-Pad would be removed, for better or for worse. However,  I also wondered if Fujifilm would give the X100V a titanium option and include the controversial reverse articulating screen. Since I personally own the new X-Pro3 in Dura Black (no I don’t get to keep every Fujifilm camera that I review), I was very hopeful that a compact leaf-shutter lens version of my beloved X-Pro3 was on the way. Boy was I wrong!! 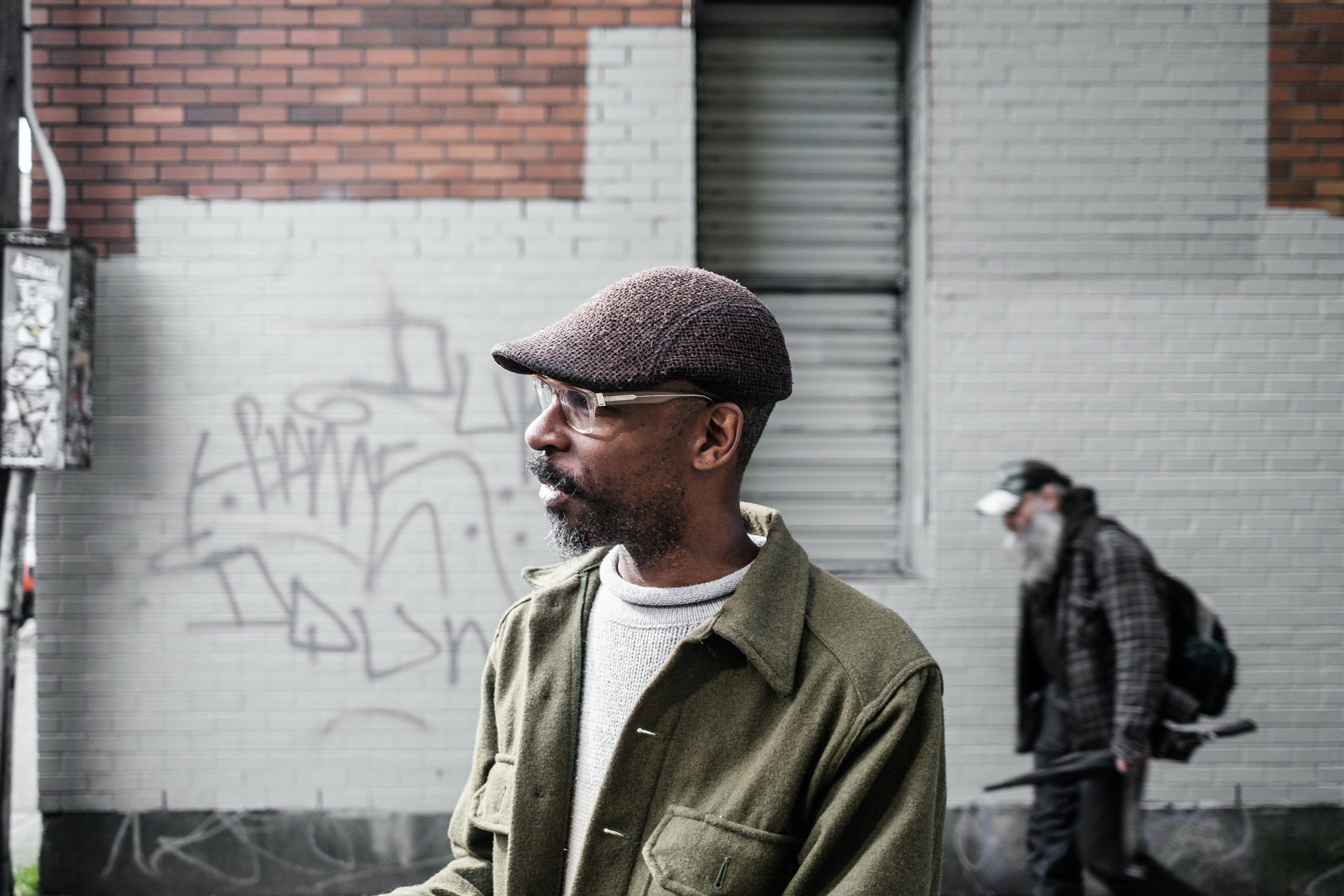 As the title of this article highlights, this is where the X100 series has diverged or shifted direction from the X-Pro series. Is this a good or bad thing? Although this isn’t what I personally wanted, it makes sense for Fujifilm. There was a very strong negative reaction towards the X-Pro3’s unusual hidden articulating screen, mostly from people who didn’t actually shoot with it (myself included initially). Many also questioned the use of titanium, including the finger-print prone DR Silver and Black versions. I don’t know if Fujifilm initially planned to keep the X100V as close to the X-Pro3 as possible, or if they were always planning on using a different articulating screen (the 3″ 1.62m dot touch LCD screen is the same for both cameras) and the standard black and silver finish. 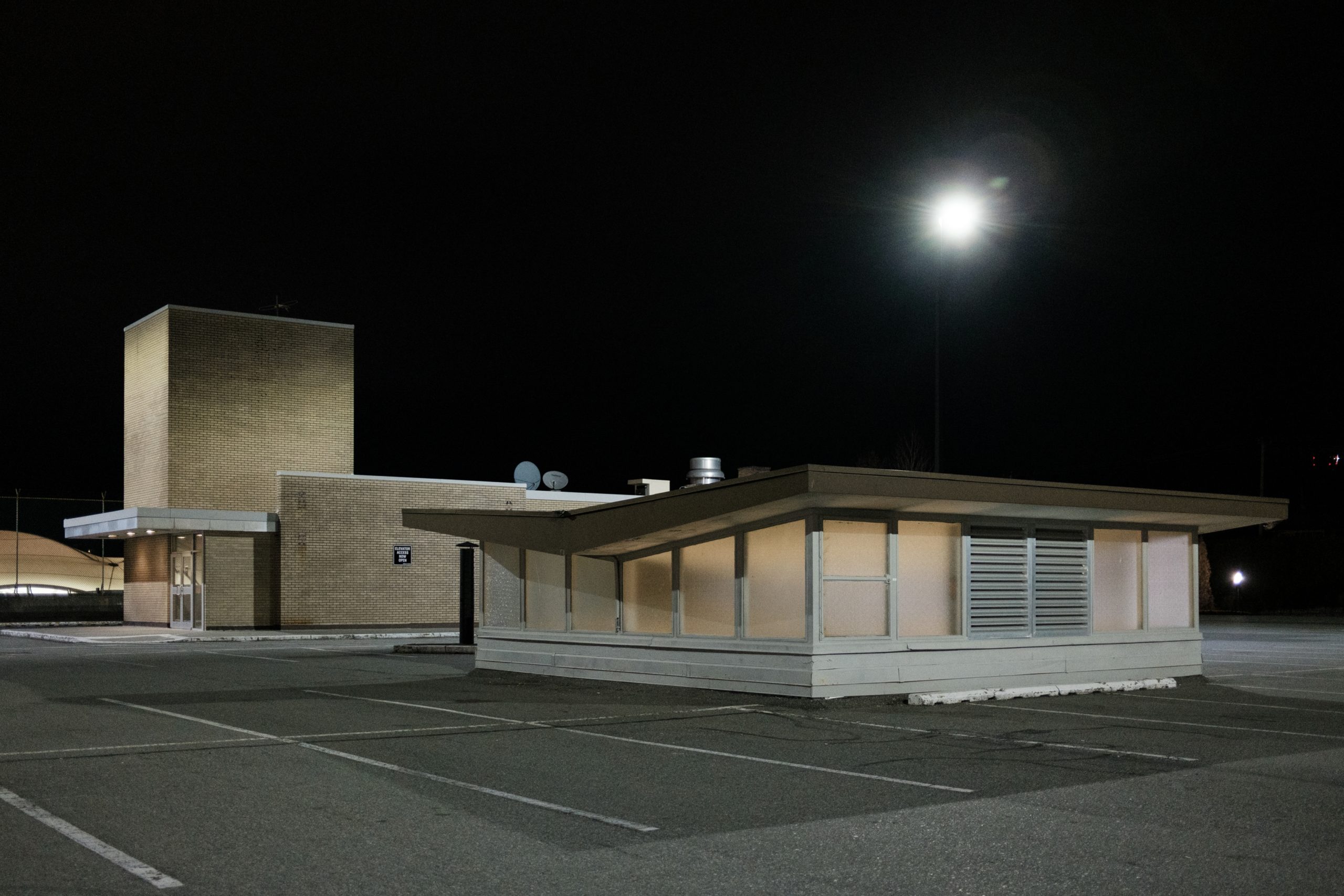 If they were, they clearly changed their minds, concerned about sales numbers and reputation of the X100 as their flagship all-in-one camera. In the short term I think they made the right decision, but long term I feel that a baby X-Pro3 would have become an instant classic, distinguishing itself  from the rest of the X100 series cameras, as well as the competition. To be honest, there really isn’t a direct competition to the X100V on the market anyways. The closest would be the Leica Q and Ricoh GR series, but other than having a built-in leaf-shutter lens, all three cameras are very different, and that’s a good thing. 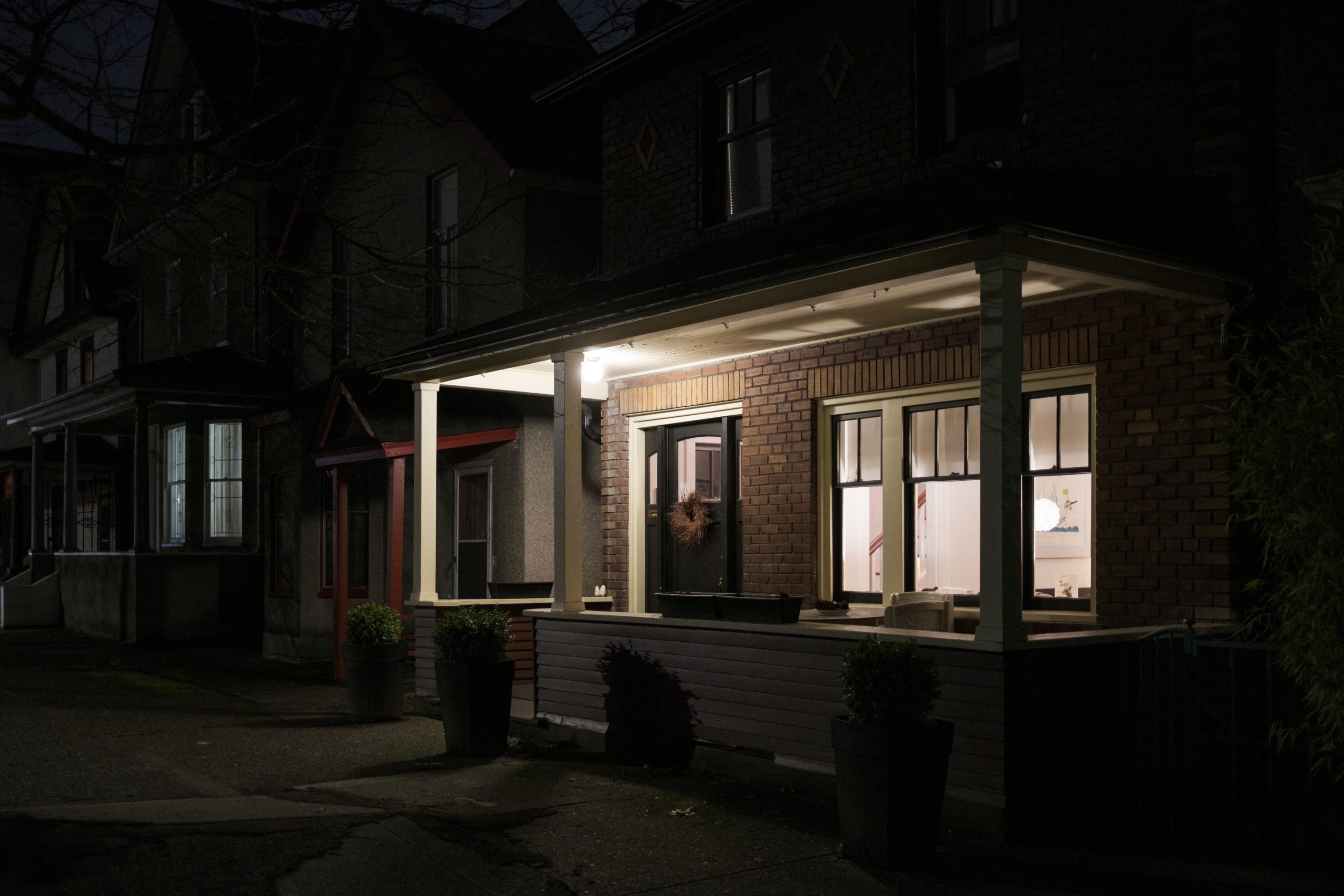 Although I’m not happy about this divergence between the X100V and X-Pro3, I do feel both cameras have stayed true to their lineage. Both are still rangefinder styled cameras, both are beautifully designed, and both are very competent cameras. From a specification comparison, the X100V technically looks better on paper, although in daily use I prefer the professional specifications of the X-Pro3. Yes both cameras are weather-sealed, but the X100V needs an add-on adapter and filter to make it so. Both cameras use the same sensor and processor, but the X-Pro3 will still focus faster with many of the X mount lenses. Because the X100V uses a built-in leaf shutter lens, the focus mechanism is clearly noisier and slower compared to the XF 23mm f/2 R WR. However, the new lens on the X100V appears to be sharper (especially at close range) compared to its interchangeable lens counterpart. The biggest advantage of having a leaf shutter lens is the very quiet shutter mechanism as well as the ability to flash sync with any flash unit up to maximum shutter speed. The X100V also includes a very handy built-in 4 stop ND filter (stills only), allowing you to shoot at maximum wide aperture without having to switch to electronic shutter mode. 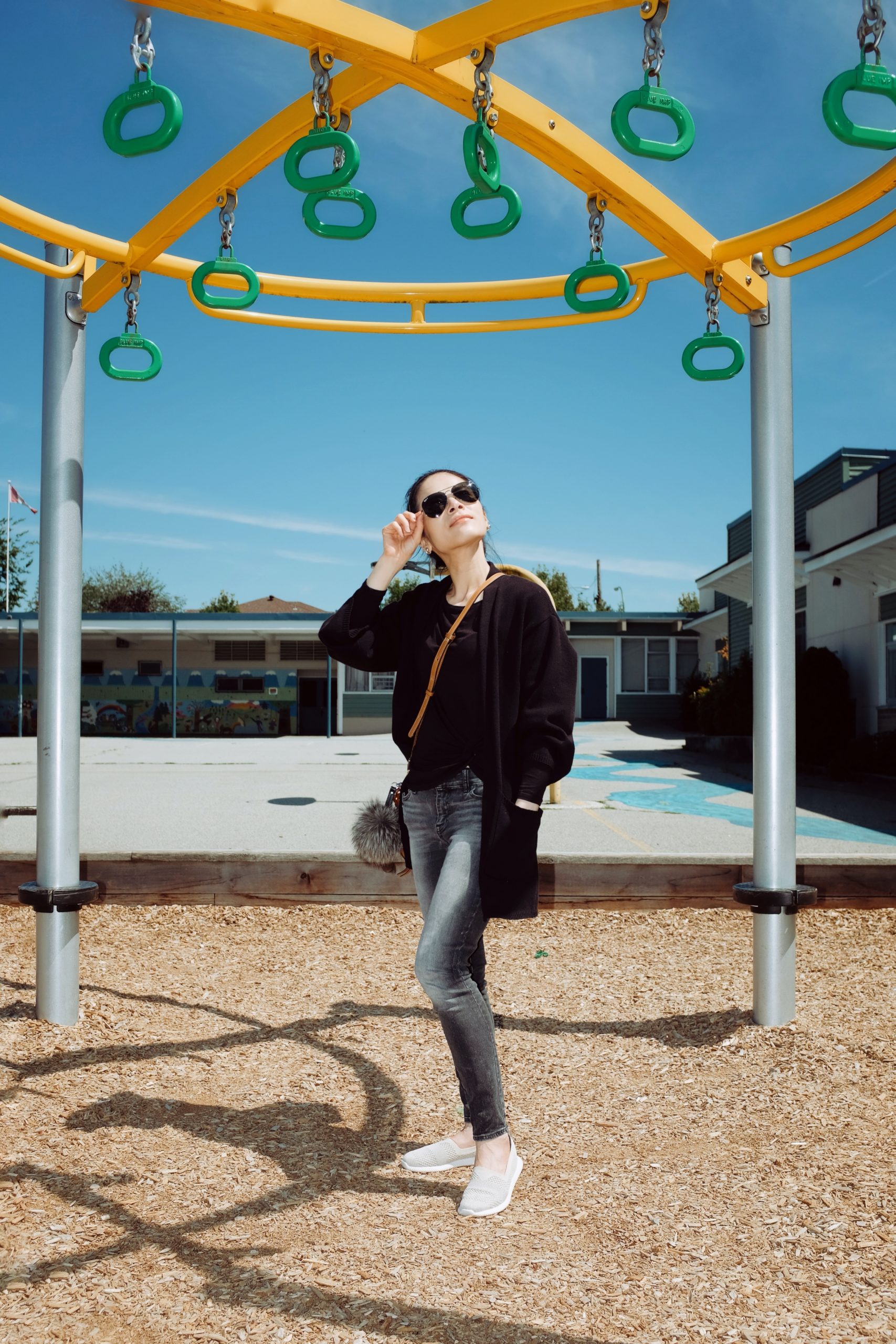 Another odd advantage the X100V has over the X-Pro3 is that it has HDMI out. For some reason the X-Pro3 had it removed, which makes sense since Fujifilm marketed it as a photo centric camera, but so is the X100V. Although most of you may never use this port, it’s very handy for videographers or anyone who wants to monitor your stills or video with an external device. For a Youtuber like myself, it’s very handy. I recently shot a video featuring the X100V’s video capabilities for talking head here. Even in the button and dial department, the X100V has a few tricks up its sleeves. The ISO sub-dial now locks up while spinning it, unlike the X-Pro3’s design from the original X-Pro2 that has to be pulled up while spinning. In addition the X100V’s front dial has a push-in feature accessing the Command Dial Setting, allowing you to use the dial as your aperture, exposure comp, ISO or shutter speed dial. The X-Pro3 removed the push-in dial for no apparent reason. 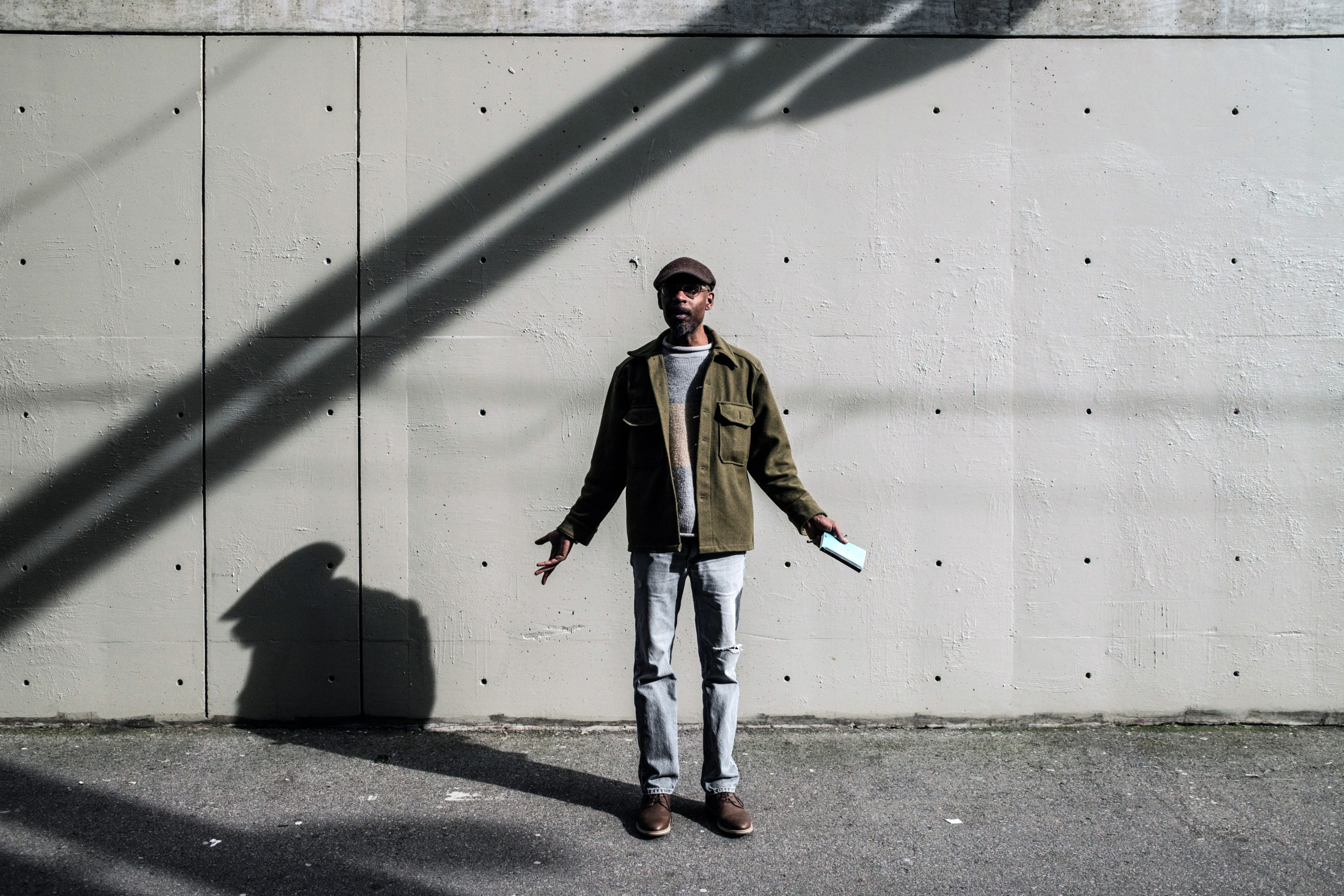 However, what the X-Pro3 does have over the X100V is a more rugged body and pro-centric dials, buttons and I/O. The X-Pro3 uses a titanium top and bottom plate (scratch resistance for the DR coated bodies), a better grip, bigger and chunkier dials and buttons, dual card slots, better placed I/O ports (to the left instead of on the right grip side), and a centred tripod thread. Although both camera bodies are weather-sealed, I would not put the X100V at the same level as the X-Pro3, especially with the reverse LCD screen that completely covers up the back of the camera for rough handling situations. Even in terms of heat dissipation, because the X-Pro3 has a larger body with a larger heat sync, the body does not get as hot when recording long videos. Overall the X-Pro3 is still a pro camera body, while the X100V, although similarly spec’d, is still a consumer oriented all-in-one camera. This isn’t necessarily a good or bad thing, it’s just the reality of maintaining the X100 series’ size and weight legacy. 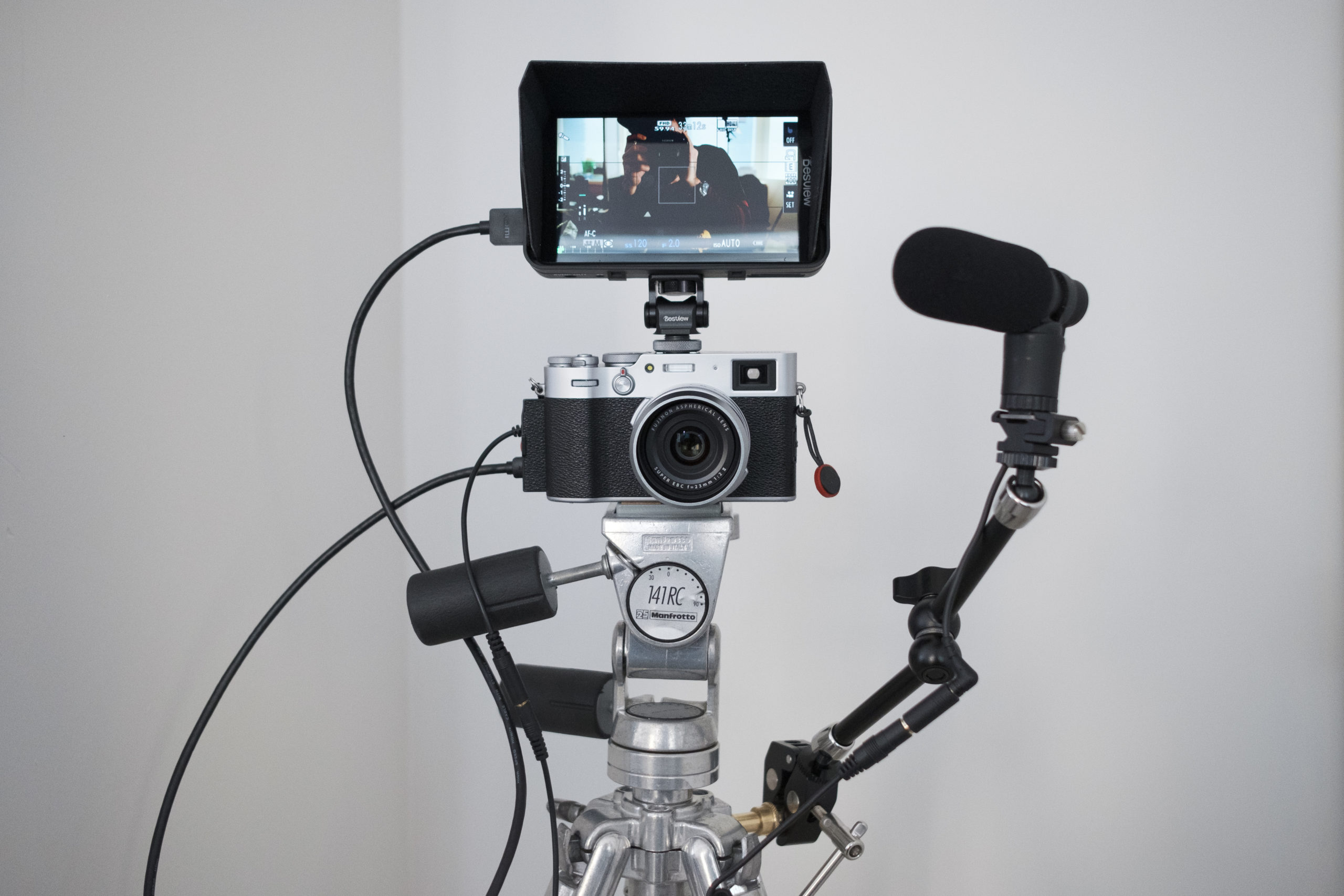 I have many asking me which I would rather have, the X100V or the X-Pro3 with the XF23mm f2 R WR. To be honest, I want both for different reasons. Both cameras are very different, even though the specs are similar. For professional work and use in a rugged environment or situation, I would always grab the X-Pro3 without a doubt. It’s a more versatile tool because it’s an interchangeable lens camera, it has a separate dual card slot, I prefer it’s ergonomics, stronger build quality and I really enjoy the hidden LCD screen. However, the X100V has a more ‘convenient’ LCD screen, it has a sharper lens than the XF 23mm f/2 R WR (especially at close focus distance), I love that it has a built-in leaf shutter lens (great for compact strobe work), and it’s perfect for days when you don’t want to carry around a big and heavy camera. If I were to buy the X100V, it would be for my YouTube channel and as my vacation camera. For serious work, unless I needed a leaf-shutter for outdoor daylight high-speed flash sync work, I would stick with my X-Pro3 or X-H1 (for low light work). I also enjoy using my vintage Minolta and Leica lenses on my X-Pro3. Old lenses on a digital rangefinder styled camera body looks awesome together.

If you don’t have either camera and are considering one of these two, it comes down to your highest priority. Do you want a professional featured camera (dual card slot, hefty build quality, expandable); or a light, compact, all-in-one solution? What really makes the X100V unique is the leaf shutter lens design with a built-in ND filter, allowing for some unique photographic imagery. In the end you have two beautiful rangefinder-styled retro digital cameras that have a very unique place in the modern digital camera landscape, not a very easy task. If you can afford both, go for it. You’ll use each camera for different situations and enjoy every second of it!! Thanks for reading and happy shooting. 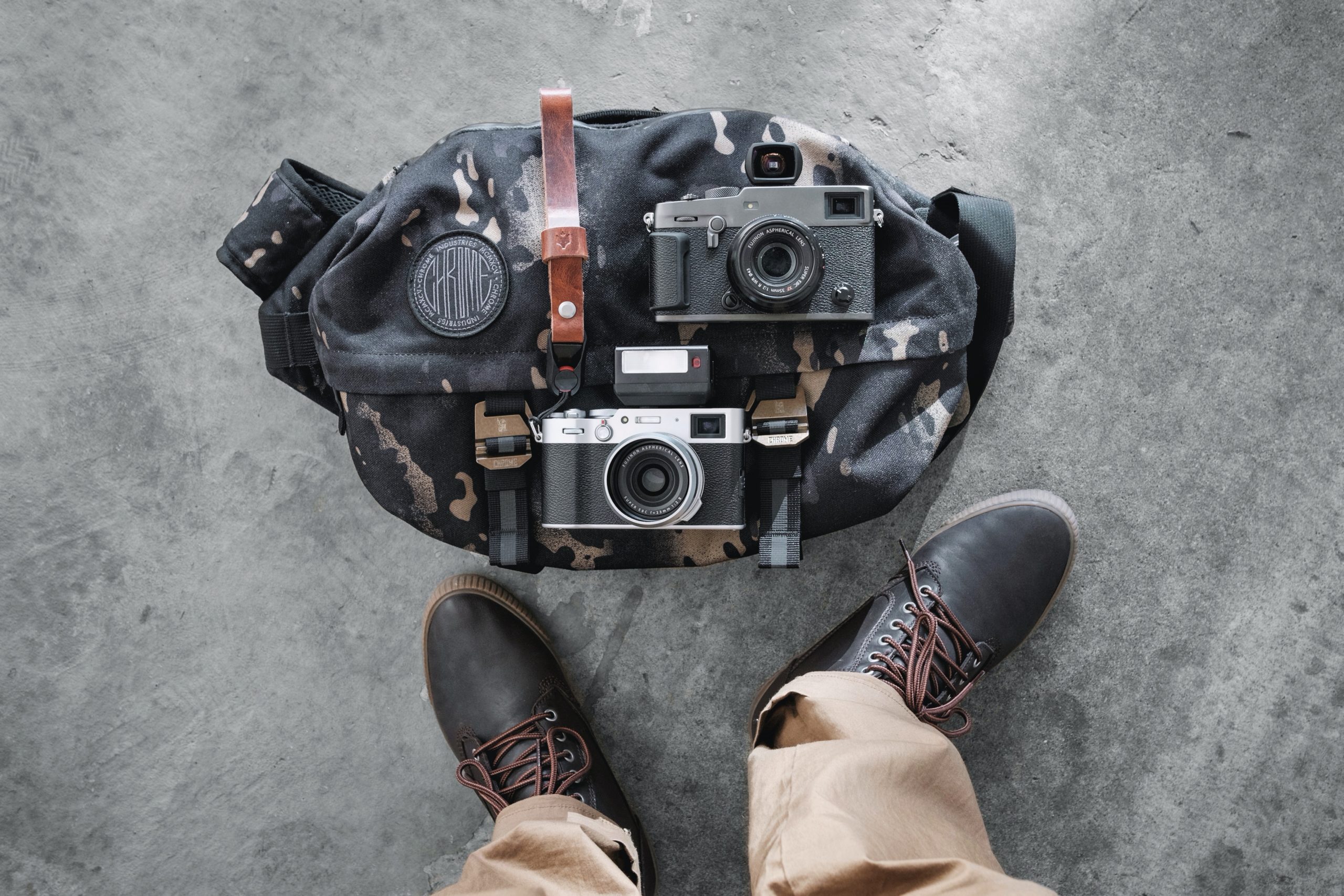 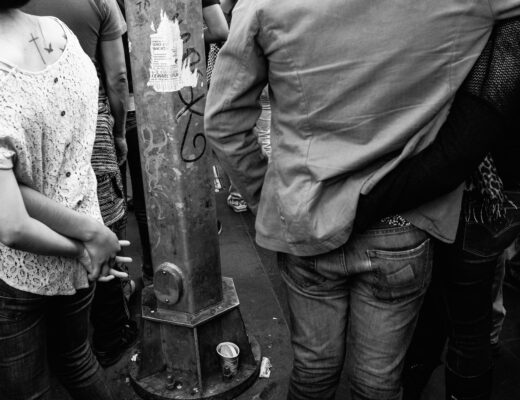 Why I fell in love with Fujifilm X-series cameras 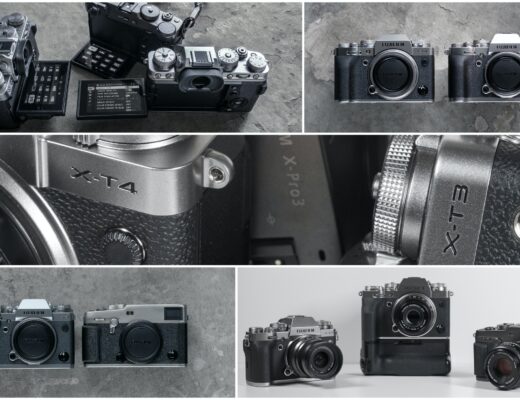