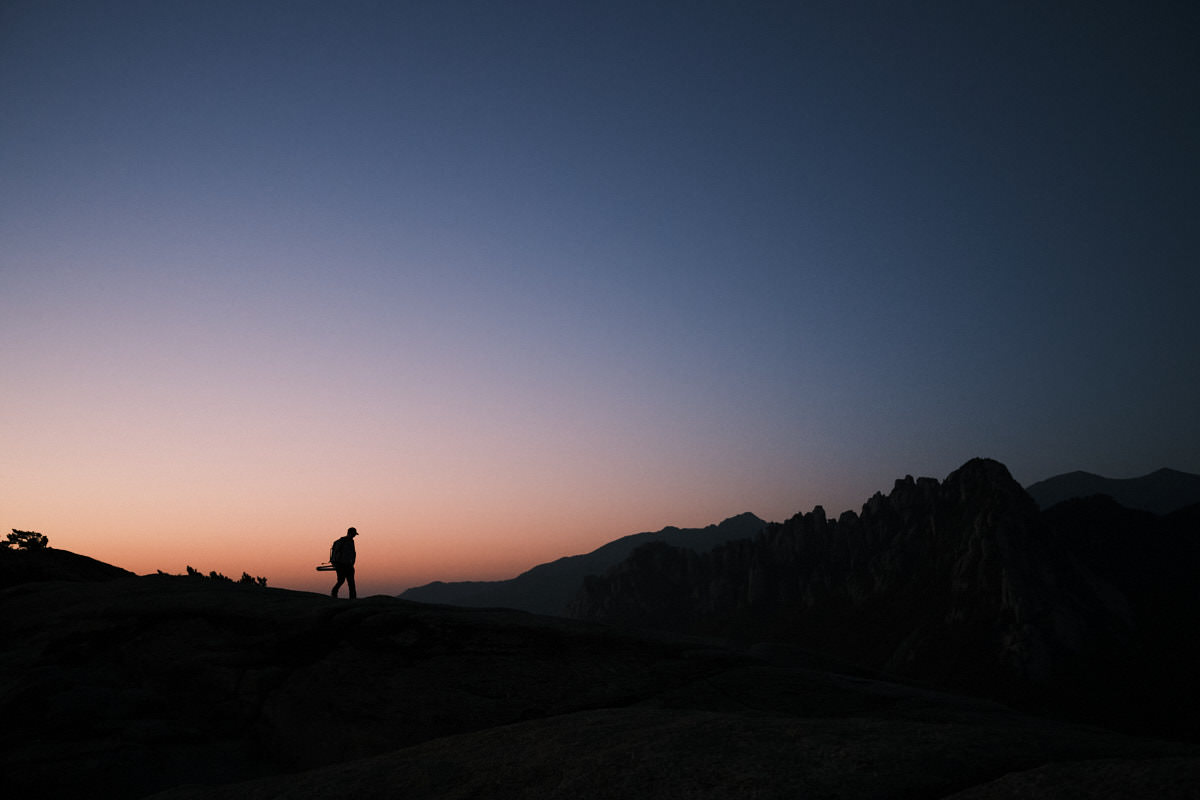 As the sun sets on 2020, many of us are reflecting on the year that was and hoping for a better year from 2021. It has been a tough year for many of us (except, perhaps, for Fujifilm’s sales department) and some positivity is certainly something we could all use. To that end, I decided that this first entry from me in 2020 would be one giving thanks for the opportunities I did have. I wanted to share a few of my favourites made in 2020 with my Fujifilm cameras (with a bit of gear talk intertwined – we are a Fujifilm camera blog, after all).

Each and every year, I write a Year in Review series on my site that looks back at my year of work. It is from that perspective that I’ll be looking at these images. One of the goals I set myself at the beginning of the year was to photograph intentionally more often. While I always, of course, put thought into the images I make, I wanted to focus more on why I was making the images and expressing what I wanted to with the gear at hand, so that’s what I’ll be looking at here.

I, like so many, have certainly had my life turned upside-down and hopes dashed against the rocks several times in 2020. However, in the end, I was able to feed myself and my wife with a camera once again and for that I am truly grateful. This article aims to be a celebration of that fact and of the technical marvels we hold in our hands each and every time we make images.

This first image is not one I will examine here, but it is truly one of the moments in 2020 I am thankful for. I wrote in-depth about using the X100F to capture this image in early 2020 right here. Today’s article will be focused on three additional images that I have made over the course of 2020. 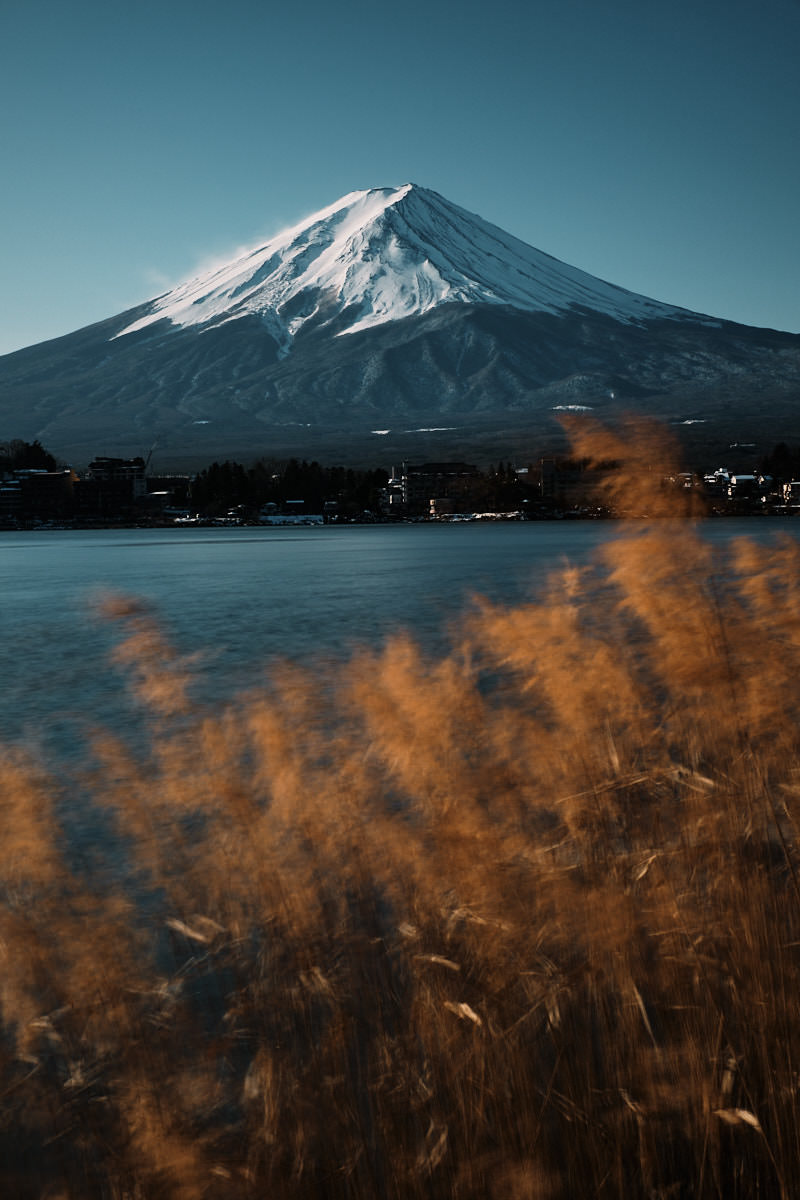 Before we fully understood the severity of COVID-19, I found myself on my annual trip to continue my Tattoos of Asia project. This time I was traversing the Naga hills again but on the Myanmar side. For anyone who follows my work, you’ll know that I have a love for tattoos. Add to that a weathered face, a good story, an off-camera flash, and a panoramic stitch? Now you’re talking! That’s exactly what happened here.

Naraen and I sat for a while to learn about his history as a warrior for his village before making a portrait of him in front of his home. When we arrived, he was weaving a basket and was happy to chat with me while he did it. He was as welcoming and open about his story as anyone I have ever met and I was intent on making a meaningful portrait of this man before I left. That, for me, is the most important part of the process. I learned a lot about my subject during that talk and gained his trust by showing a genuine interest in him. Once it came time to make the portrait, he had the willingness and patience that would be required. When it comes to the technical flash stuff, you can read a bit about that in my previous article where I broke down a similar image step-by-step.

More importantly, as it pertains to my goal of being intentional, I chose to do something I don’t normally do with a panoramic portrait. I used a wide-angle lens, the GF 45mm f/2.8. This lens choice allowed me, and thus you, to get up close and personal with my subject and give the impression that his home and the mountains were a little further away than in many of my panoramic images. A longer lens, such as my beloved GF 110mm f/2, would have forced me to be further away from him and given a less personal feeling to the image.

This is a subtle detail, but it leads back to my goal for the year. I wasn’t just making a pretty picture, I was using my lens to tell you what was important and how I wanted you to look at it. Lens choice can help you to tell your story just as much as any other part of the photographic process. For our X-series camera users, the GF 45mm f/2.8 is roughly equivalent to the XF 23mm f/2 on the smaller system. It is a moderately wide-angle lens that allows you to get quite close to subjects while still including a significant amount of background. 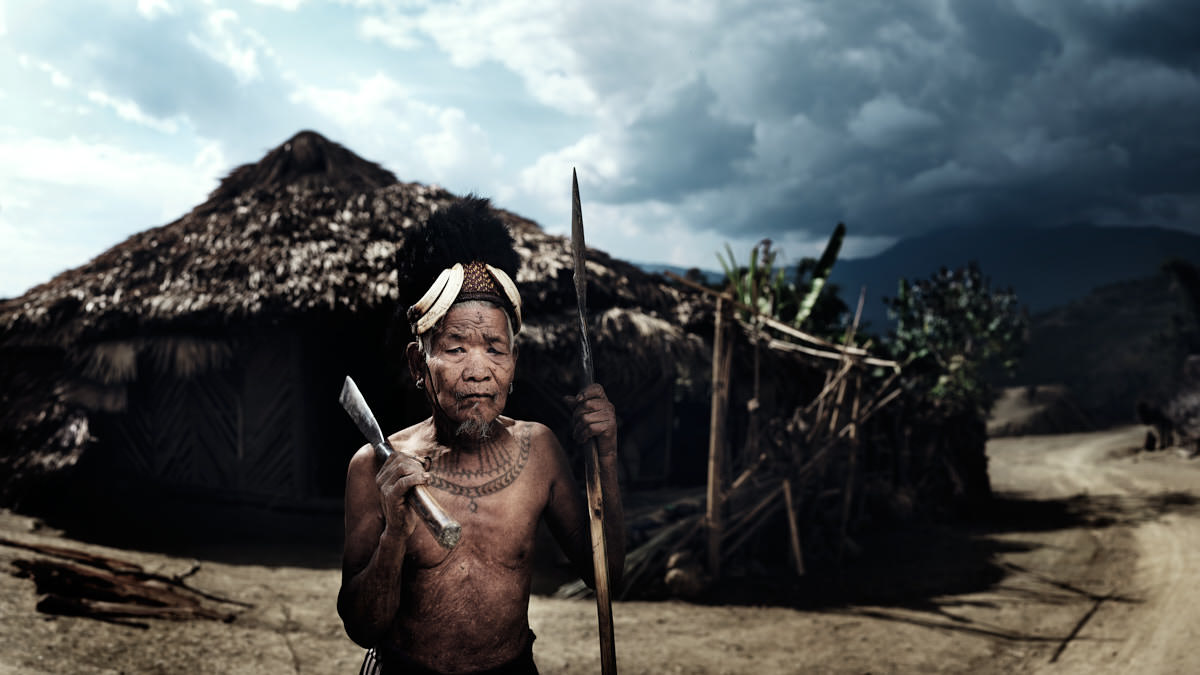 This image was made on the day after my first big assignment of the year. This assignment came in just in time and required the use of my GFX. That was lucky, because I was considering selling the GFX to pay the rent at this point. Thankfully, the second half of the year turned out to be much more fruitful than the first.

Myself and my assistant decided to take a moment to celebrate having some work in 2020 by making a few personal images. We were in the middle of a brutal monsoon season and it was absolutely pouring. So much so, in fact, that we almost turned back for fear of getting into an accident on the highway as we drove to this spot. Thankfully, we persisted.

While the rain was pouring down in sheets and the trees were whipping around in the wind, I felt peace. I grew up in the countryside and I now live in an Asian megacity. Any time I can see or feel the force of nature, I find a sense of calm that I never get in the city. I experimented with a few different shutter speeds in order to express this. I tried a shutter speed fast enough to freeze the waterfall and raindrops, showing the sheer force behind the water. That didn’t work for me. It felt too violent. I then tried slowing it down a little to give just enough motion in the water to show what was happening. However, I still wasn’t showing how I felt, just how the weather felt.

It wasn’t until I dragged the shutter for half a second that I saw what I was feeling. This wasn’t a powerful moment of mother nature for me, it was a peaceful moment of time outside the city. I had finally expressed that. I was also truly thankful for the weather-resistant designation of both the GFX 50R and the GF 32-64mm f/4. Fujifilm’s weather sealing is excellent and gives the confidence to work in even the most inclement conditions. For light rain, I don’t worry too much, but this was the monsoon. It was certainly better to play it safe with weather-sealed gear. 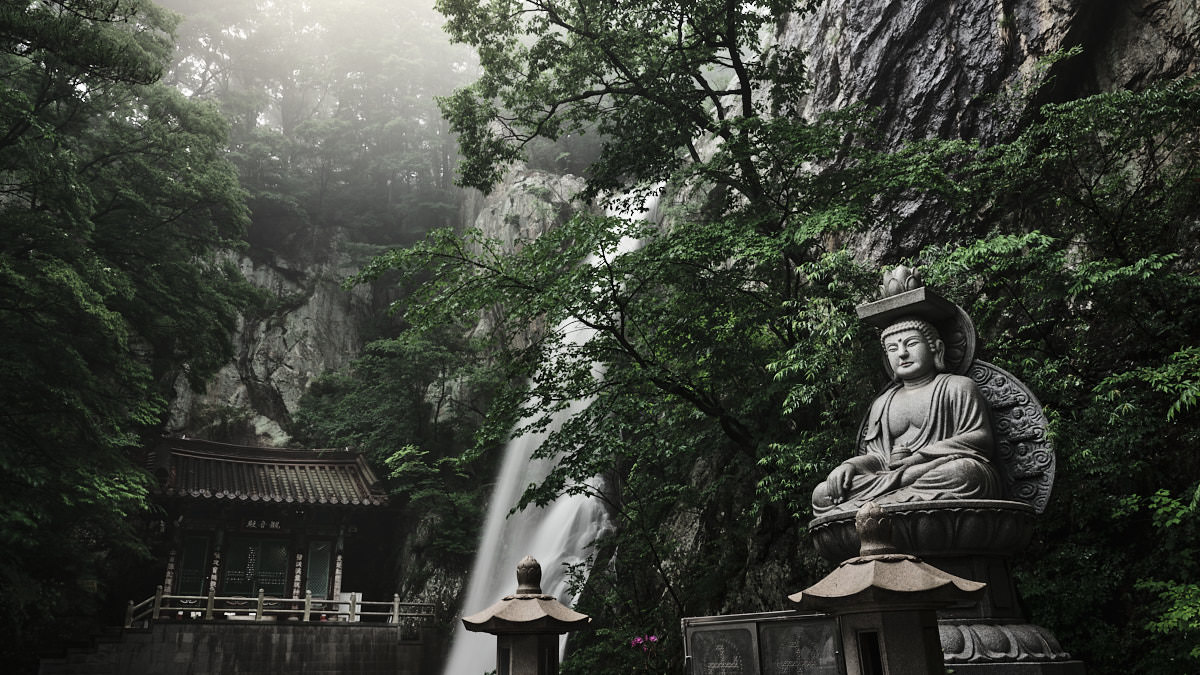 I wrote about my cross-country cycling trip a couple of months ago on Fujilove with regards to the X100V that I used to make most of my images. The one other piece of gear I had with me was the XF 50mm f/1 (my full review is available in the Gear Talk supplement for FujiLove Magazine subscribers) that I had recently purchased and was getting to know. I had a few family sessions coming up when I returned to the city, so I wanted to understand how my new lens would behave before walking into a client shoot. It is always a good idea to really get to know your gear before you have to use it under pressure.

Of course, you don’t buy an f/1 lens to stop it down, so for most of the trip, I was experimenting with how the lens rendered wide open. I fell in love with the results and the dreamy nature of seeing the world in a way that our eyes don’t. Using this, I wanted to express the softness I felt that morning on the riverbank. The fog rising off the water, the soft warm glow on the reeds, and the coldness of the weather. Those were the things I felt here.

By setting a warm white balance of 6300 Kelvin, I gave the same warmth to the reeds that I was feeling from the sun. However, the cool nature of the light in the shadows maintained the feeling of the chilly morning weather for me. By focusing on the reeds and allowing the wide-open aperture to blur everything else in the scene, I was able to keep the dreamy feeling that I had while I was there (and make use of the much improved electronic shutter on the X-T3). I did make a few images stopped down to f/4 and f/8, but they completely lost the feeling of what I was trying to bring home. 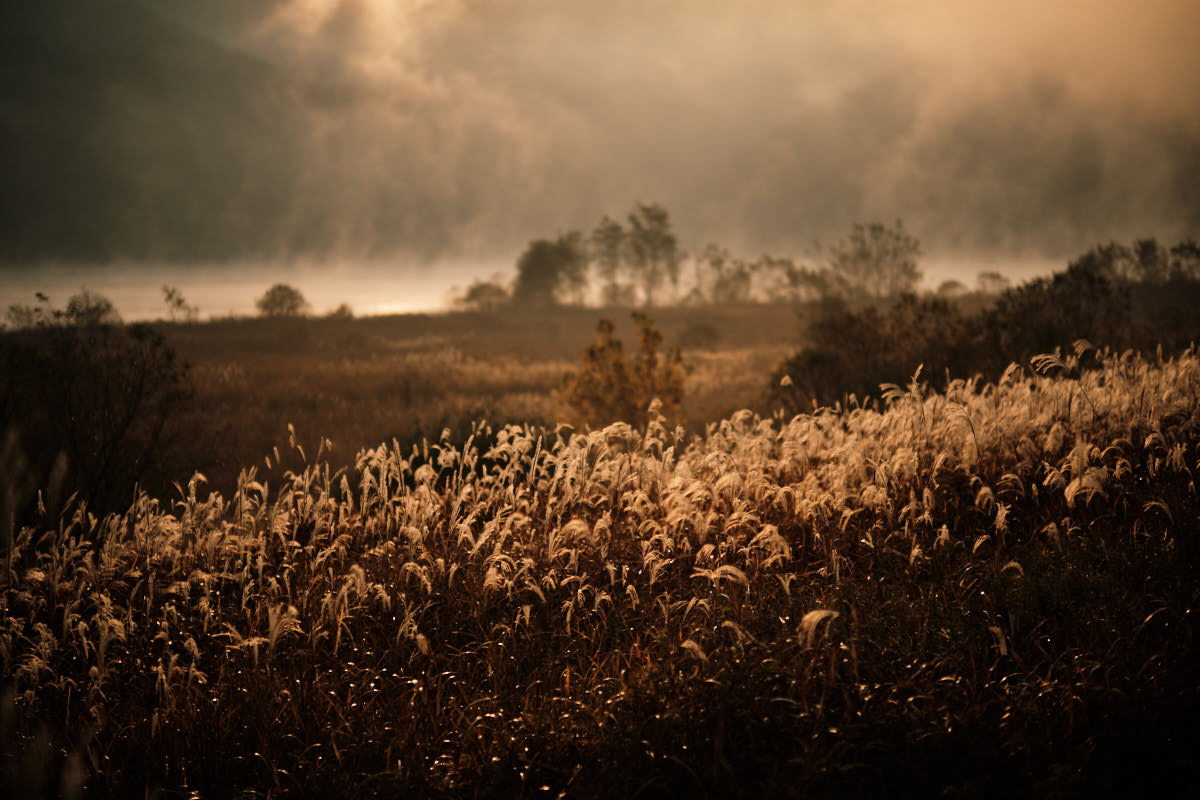 Being able to travel to make these photographs, and having the time to reflect upon them is something I am truly thankful for in 2020. While it has not been the best year by any stretch of the imagination, there are certainly things to be grateful for. I hope that these images and the thoughts behind them have been helpful to you as well. I’d love to see some of your creations from this year, so please do share them in the comments below! Happy New Year, everyone! 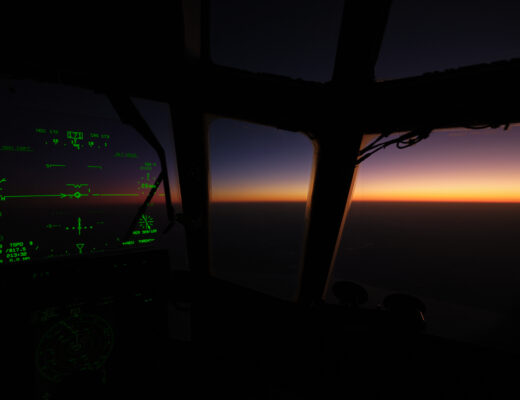 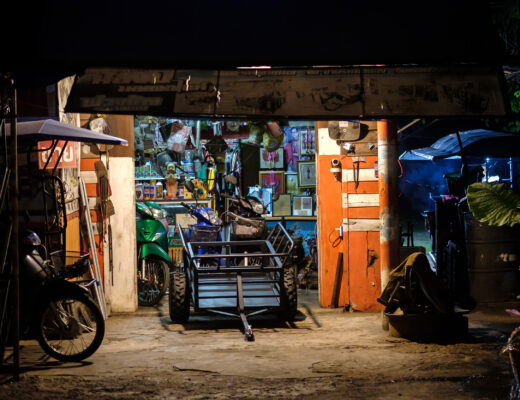 Night Rider: After Dark With the Fujifilm X-T2