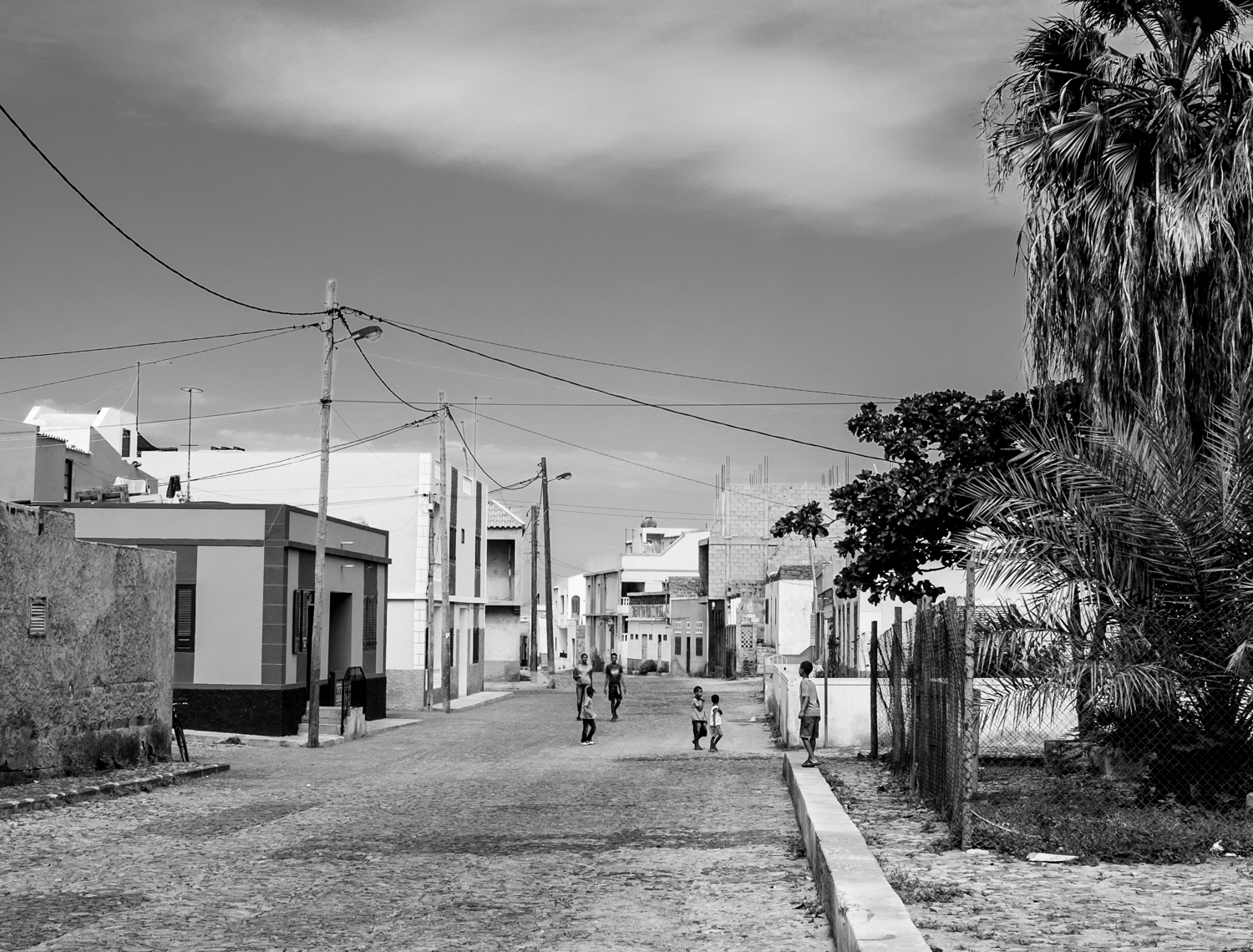 I had the chance to travel around the Cape Verde Islands for two week’s time during the first half of last December. Cape Verde is an African Country consisting of nine inhabited and about six uninhabited islands situated in the Atlantic Ocean about 550 kilometres off the African west coast. The country has not yet become a target of mass tourism with the exception of maybe the island called Sal which is renowned as a wind and kite surfing destination. The national airline company TACV connects the different islands while on the islands themselves travelling around is either done by taxi or shared taxis. The latter are called Aluguer and they cover usually fixed routes and are a wonderful opportunity to get into contact with locals.

As the local airline is known for not always being reliable, we decided to only visit three different islands: Sal, Santiago, Fogo. We chose Sal for its barren and windswept landscape and the saline, Fogo for its coffee plantation and of course the still active volcano which we intended to climb, and Santagio for its being the most African of all the islands and the Serra Malagueta. As it turned out, our flight to Fogo was cancelled due to unavailable spare parts for the plane and we did not get to see the coffee plantation and the volcano (I will have to go back to do that!).

I have been shooting with Fuji for over two years now. I was a happy Nikon full frame shooter but was looking for something smaller and more lightweight which would still offer decent image quality and the possibility for quick access to the most important settings. Little did I know then how much I would come to love the X series by Fuji. I first used it only for fun and travelling and am now using it more and more also for paid jobs. It all started with an X-E1 and the wonderful 35mm f/1.4 R. I now most of the time use an X-T1 and have a couple of prime lenses to choose from as well as an X100T (which is the camera I take along always and every day) with both converters.

As many before me have praised the exceptional advantages of Fuji, I do not need to elaborate further on the superb line-up of lenses, sensor quality and the lightweight photo equipment which delivers brilliant images. What I do like to point out, however, is that I particularly like the simplicity of the cameras with the analogue dials combined with a world-class viewfinder. This all helps me to focus on composing pictures and shooting while I greatly enjoy myself.

For my trip to the Cape Verde Islands I took along the X-T1 with the 14mm, the 35mm and the 56mm (non APD) as well as the X100T (without the converters). This meant I had access to my favourite focal lengths (35mm, 50mm and 85mm full frame equivalent) as well as one wide angle lens for landscape. This equipment all fits into a small photo bag (I use a Lowepro Rezo 160 AW) and it is light enough to be easily carried around all day in my daypack.

When travelling, I am curious about local people and how they live, work and socialise. Although I do not in all cases speak their language, there is always a way to get to know each other. While I neither speak Portuguese nor the local Kreol of Cape Verde, I am sufficiently fluent in French and Italian (and of course in sign language), which allowed me to talk with the locals. Whenever I see someone interesting with whom I would like to talk, I usually just walk up to them and start chatting. If I realize that I am nuisance, I bid them a good day and walk on. This is not often the case though as most of the time the opposite happens: I get into some kind of conversation and get to know a little bit about the lives of the local people and their story.

On the island Sal, when walking through the saline behind Santa Maria, we saw the guy depicted on the photo “Hard worker” scraping together pieces of salt and building small cones. He set to work with just a hoe as instrument on a rather hot afternoon. After having made a couple shots of him working, I waited for him to take a break. He soon walked over to his hut where he kept all his tools and personal stuff. That is where I was able to shoot hisportrait after talking to him. For headshots like this I prefer the 56mm f/1.2 R. It offers outstanding sharpness and I can play with the extremely shallow depth of field that this lens offers.

Later during the trip on the island of Santiago, we saw the young man shown in “Observer” sitting on the rocks, watching his colleague, who had jammed his harpoon underwater in some rocks. This fisherman had come back to the shore to get a large iron rod to loosen the blocked harpoon with this pry and was soon again on his way heading back out to his dive site.

At the beach in Praia (the largest city on Santiago), we had the luck to run into a fisherman who had returned from fishing and was cleaning up and preparing his boat for the next day. He offered all kind of information on which fish to eat and indicated us the restaurant where he had sold the day’s catch. When I asked him about a portrait, he immediately agreed and started posing on his boat.

For environmental portraits like the one at the beach as well as that of the “Observer”, I usually prefer the 35mm f/1.4 lens. It allows me to isolate people from the background if desired while still being close but not too close.

As much as I like posed environmental portraits I also like candid street shots. To make them, I usually choose either the X100T or the X-T1 with (again) the 35mm. Even though I very much like the X-T1, it is the X100T that excels in my eyes for street shots. It is small, unobtrusive, fits into a pocket and delivers fantastic quality. Most people do not even realise that they are being photographed.

Besides being interested in shooting pictures of people, I also like to shoot places where there remain traces of people already gone. While walking along the coast of Sal, we came upon such traces and a collection of buildings. The shacks are probably used as cafés or beach huts during the kite and surf season, but they stood pretty much abandoned at that time.

For this kind of shot, when there is a special object which caught my eye, but with some fascinating surroundings, I prefer the 14mm f/1.4 lens. It lets me bring enough attention to the object with still a lot of background to tell the full story.

I like to use clear lines, strong forms and structures to compose the picture and guide the viewer’s eye. I also tend to shoot in black and white for private projects as I feel that colour sometimes can be a distraction (not always, mind though!). Using custom settings while shooting helps me to achieve the kind of image I am after. For black and white shots, I saved a preset using the monochrome film simulation with +1 for highlights and shadows as well as for sharpness. Thanks to the digital viewfinder, I have the advantage of immediately seeing what I will get. This enables me to make adjustments to the settings even before making the picture. I nevertheless always shoot in RAW as I like to have all the options for post processing later at home.

When travelling light, I usually use an iPad to edit and publish photos while on the road. I find that the built-in RAW-conversion of the camera and the transfer with the Fuji app in most cases satisfies my requirements for postings on a social media website. If I want to dig in deeper, I transfer the RAW-files with the SD-card adapter and use Photoshop Fix and/or Photogene for RAW-editing on the iPad.

All in all, both the X-T1 and the X100T performed flawlessly during my trip to the Cap Verde Islands and their design very well suits the way I like to operate a camera. I am equally satisfied with the primes I had with me and did not miss any focal length. Not having to lug around heavy photo equipment all day and being unobtrusive is just another surplus. Thus, it definitely was a wonderful trip to a country which appeals a lot to me. I will certainly pack my Fujis again and go back for more (and maybe even a whole photo series in colour…). 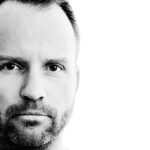 Sandro Georgi is a photographer who specialises in documentary photography as well as people and their stories in general. For his photos he looks for simplicity, graphical details and clear lines. Feel free to have a look at his website or follow him on Instagram. 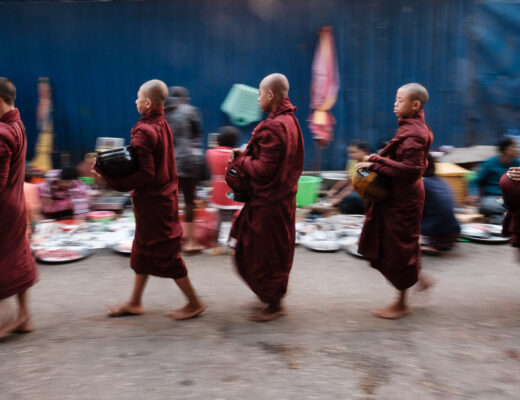 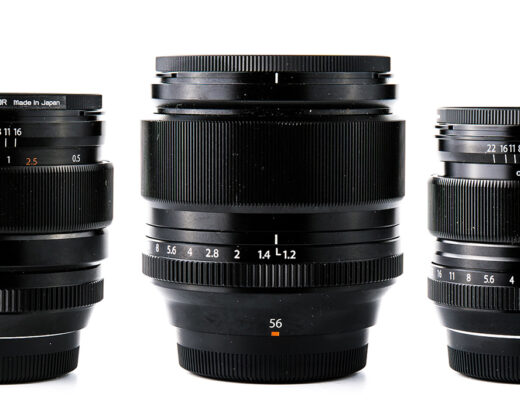 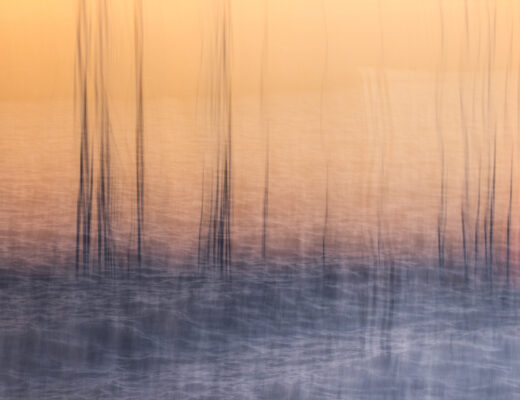