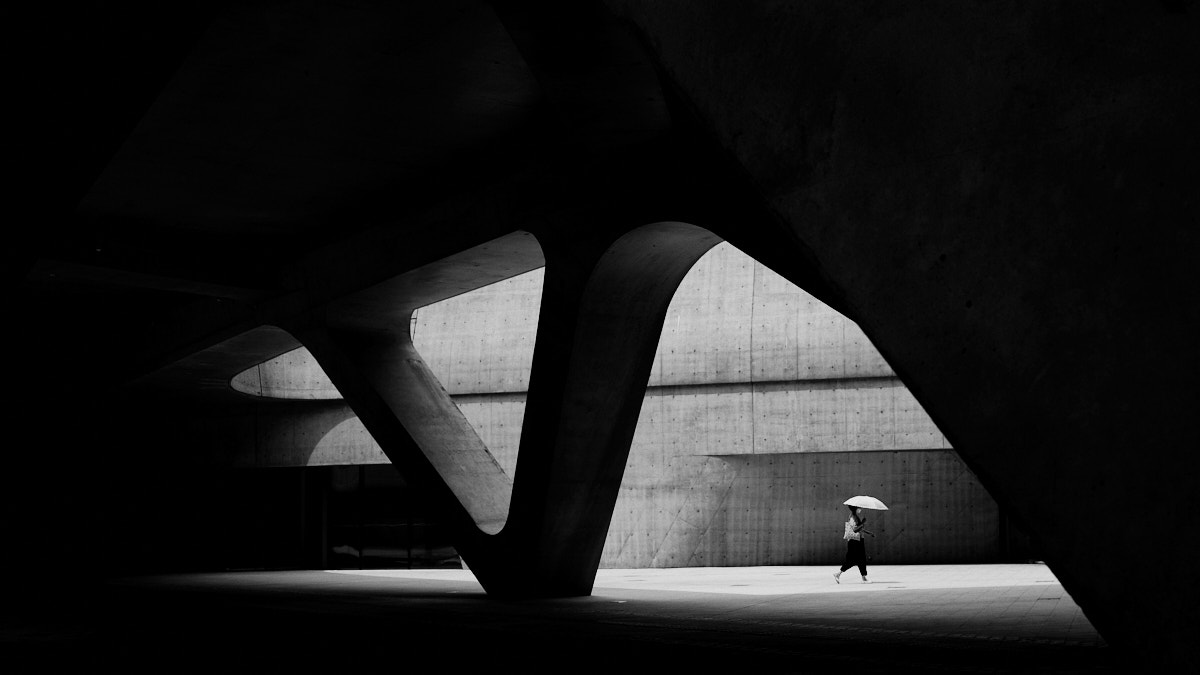 Midday Street Photography With the X100V

It’s certainly been quite a week of gear in the Fujifilm world. We’ve seen announcements for both of Fujifilm’s systems and some extremely G.A.S.-inducing items among them. So, for today’s article, we’re going to have a little palette-cleanser and enjoy the process of photography and exploring light.

I recently spent a couple of hours working on a small set of street photography images (you can see a video of their capture and a more in-depth discussion here) in an effort to break away from my usual approach to documenting the city I live in. Seoul is full of characters, especially in the older areas of town. People dress and behave very differently from what the media might have you believe about Korea, and I have always found it enjoyable to document those areas through street photography and street portraiture that focuses on those characters. They have always been my subject matter. For this series, though, I wanted to do something a little different. 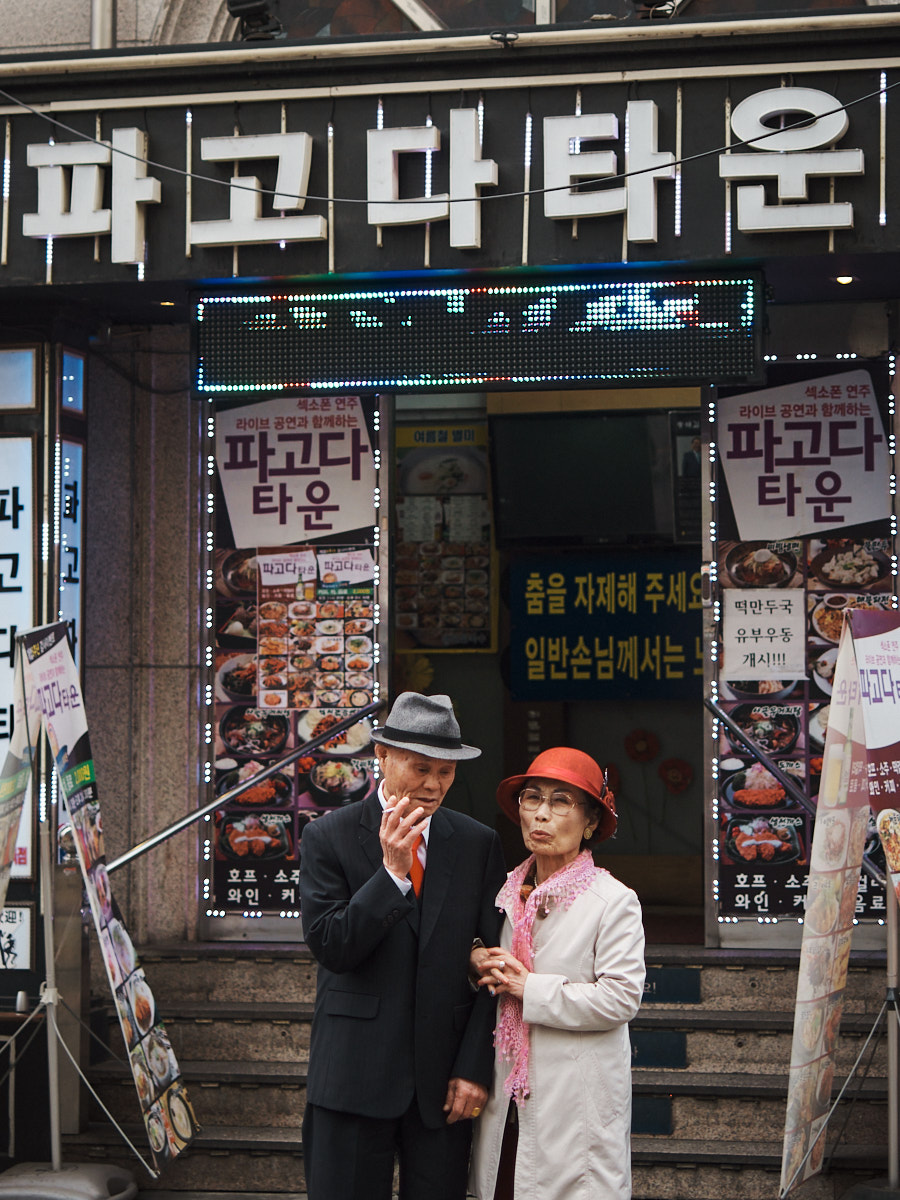 I wanted to make use of light and architecture rather than letting interesting people carry the image. I also wanted to explore the idea of anonymity in my photographs rather than focusing on the subjects. In order to do this, I decided to make my way over to the famed Dongdaemun Design Plaza (DDP), a building designed by the architect Zaha Hadid. It is a very interestingly shaped building and one of the only areas in Seoul where midday light can be more interesting than morning or afternoon light. On top of that, it has a futuristic, dehumanised look to it, in my opinion, so it was perfect for this series. 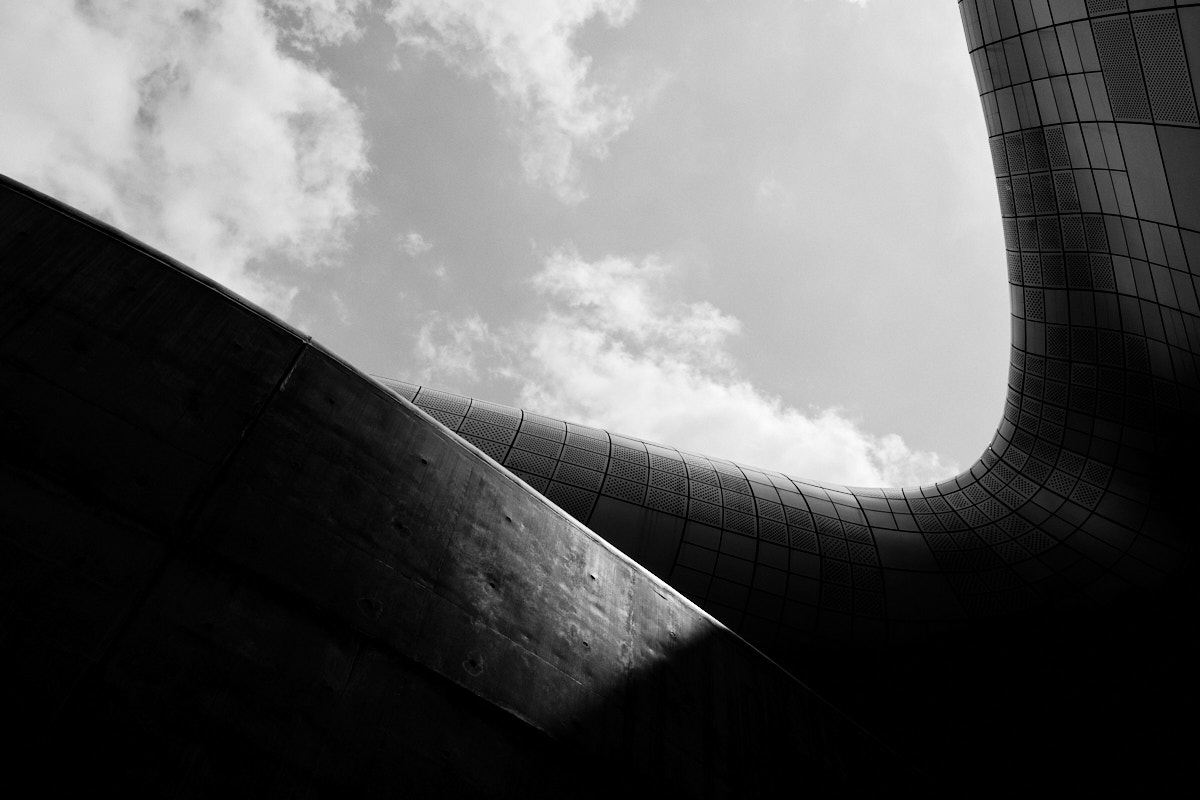 The benefit of this building is that, although it is surrounded by taller structures, there is quite a bit of space between this area and its surroundings. That allows a few hours of midday light to strike it directly every day and, since the building has several levels and we can walk over and under them, that light can serve to make some very interesting contrast at the time of day when we might often avoid photography.

I started my photography for this outing by working with some of the harsh shadows cast by the building itself and allowing those to create lines within the composition. By doing so, I was able to focus on capturing people within the space and have these images be more about space and light than the actual people within them. This style of image got me warmed up and I was ready to start looking for more shapes and patterns to work with. 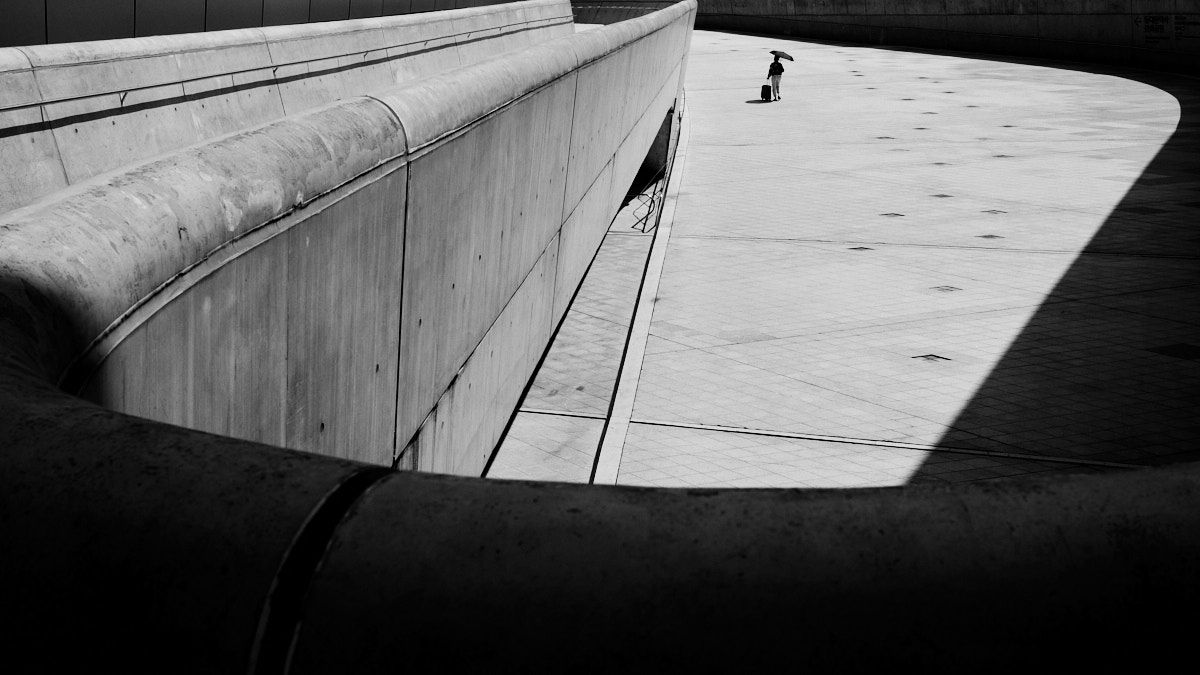 Over the course of my time at this location, the clouds rolled in and out, giving very different contrast with each passing moment. Some scenes worked better than others in different types of light, of course. A particular favourite moment was when the sun was almost directly overhead, creating patches of light as it shone through the support beams of the bridge. Keeping an eye out for details like this and turning them into compositional elements was a really good exercise that I recommend everyone practise from time to time. Once you see the light, it’s simply a case of eliminating undesirable elements from the frame and waiting for the right moment. 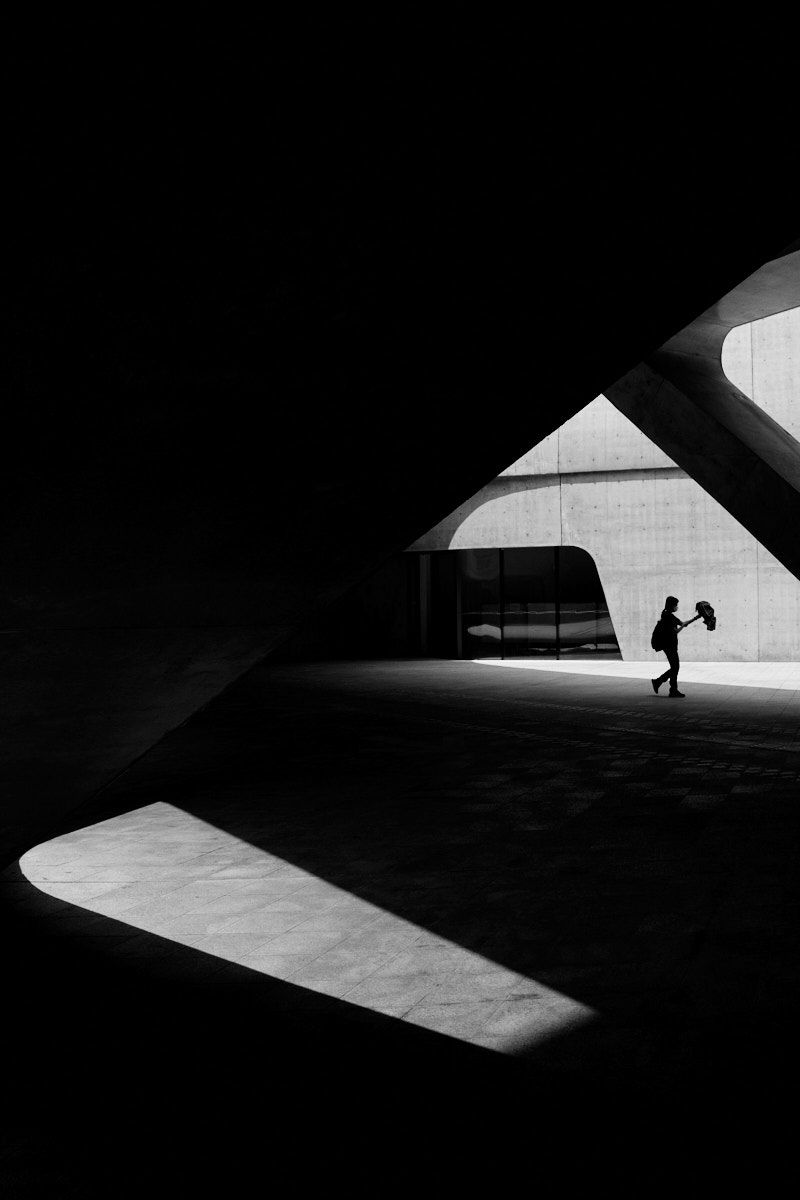 When it came to finding compositions, this space had so much to offer. Zaha Hadid’s architecture is always interesting and has lots of different shapes to work with. The DDP is no exception to this rule. With its mix of curved walls and sharp, triangular supports, there is always something to work with compositionally.

I found myself particularly drawn to the contrast caused by the light entering the different levels of the building. Being able to use light and shadow to start and stop my compositions was a breath of fresh air. This is something that can be quite difficult to do in Seoul since buildings are generally cubical in shape and tightly bunched together.

Allowing the natural curves of the building to become major elements in the compositions was also something I explored for some time. Especially when the clouds came over and the contrast softened, the building became less of a way to create contrast and more of a compositional element in its own right.

When the sun was out, however, there was another interesting thing that I spent some time experimenting with. While Fujifilm is focused heavily on their ‘More than Full Frame’ marketing, emphasising that the GFX system is capable of “more bokeh” and “more dynamic range.” I decided to go the exact opposite with my dynamic range usage and embrace over and under exposure during this shoot.

In the case of a scene like the one I showed at the beginning of the article, there are several valid exposures that I could have made, even with my ‘Less than Full Frame’ X100V. While having plenty of dynamic range can be a benefit for many situations and styles of photography, it can also be a completely acceptable option to allow areas of a scene to be exposed in a less than ‘perfect’ way. 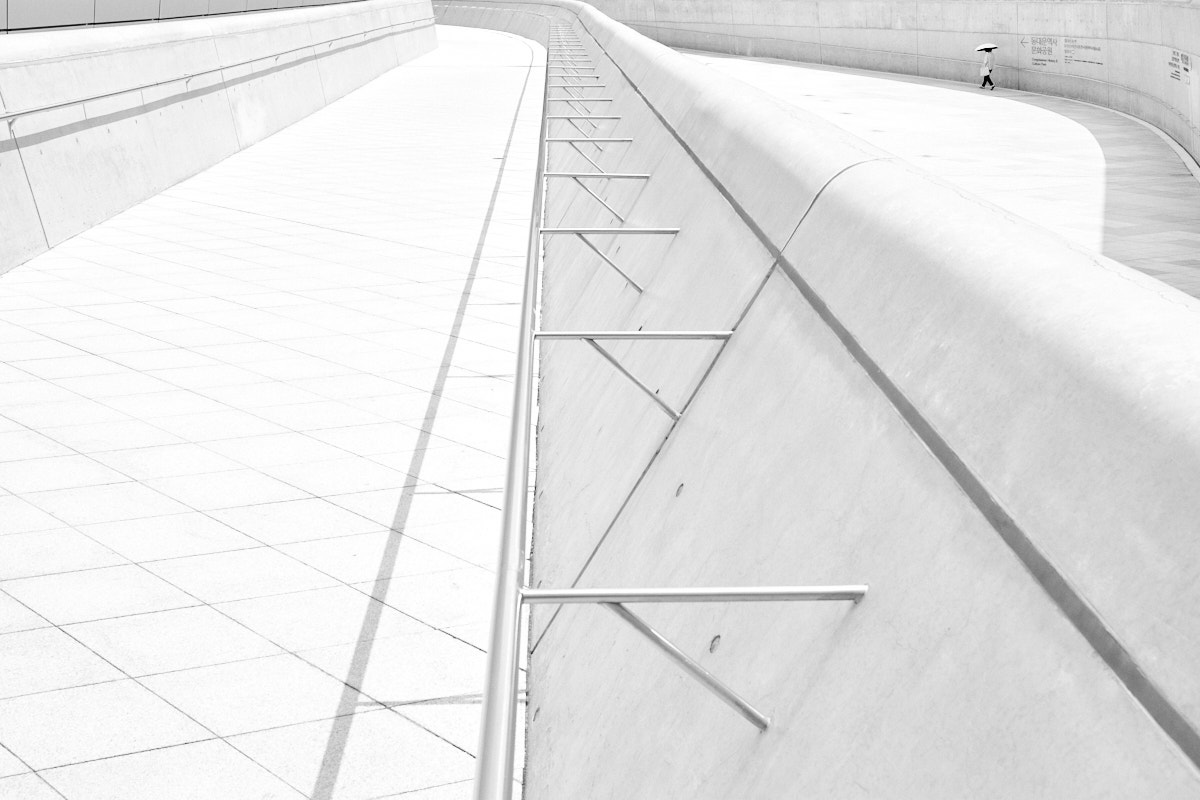 By overexposing the scene above, for example, I was able to give the scene a much more stark feeling. On top of this feeling, leaving almost no detail in the highlight areas of the frame forces the viewer’s eye towards the human figure and locks it there with high contrast edges. While this might not work for all subjects and scenes, it is definitely worth keeping in mind when your G.A.S. is telling you that you need more dynamic range.

My tongue-in-cheek use of Fujifilm’s marketing here is not in any way intended as a slight at Fujifilm. I do, in fact, own some of the ‘More than Full Frame’ tools and love them very much. This discussion was just intended to give us all a little break from the G.A.S. I hope that it has given you some ideas of how you might try to focus your energies on your next street photography outing.

If you dabble in street photography, what are the things that draw your attention? Are you focused on composition for the sake of composition? Light? Subject matter? Do you enjoy the dance of trying to line up several subjects in a composition? 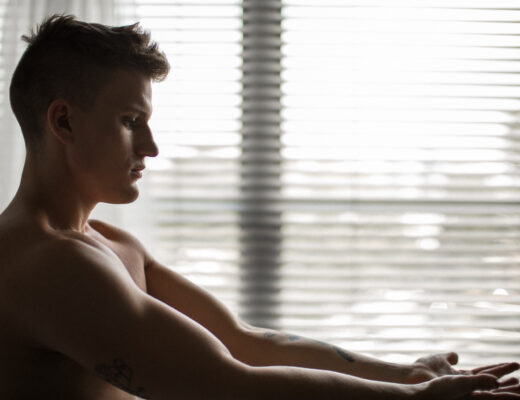 The Right Way To Get Inspiration From Other Photographers 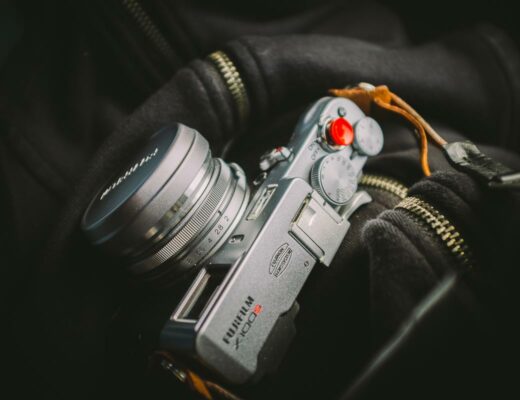 Why Canon and Nikon Photographers Switch to Fuji 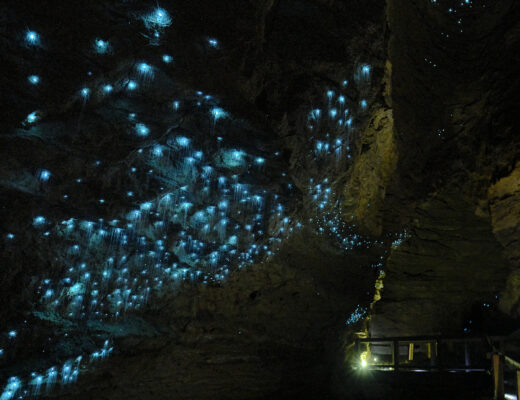