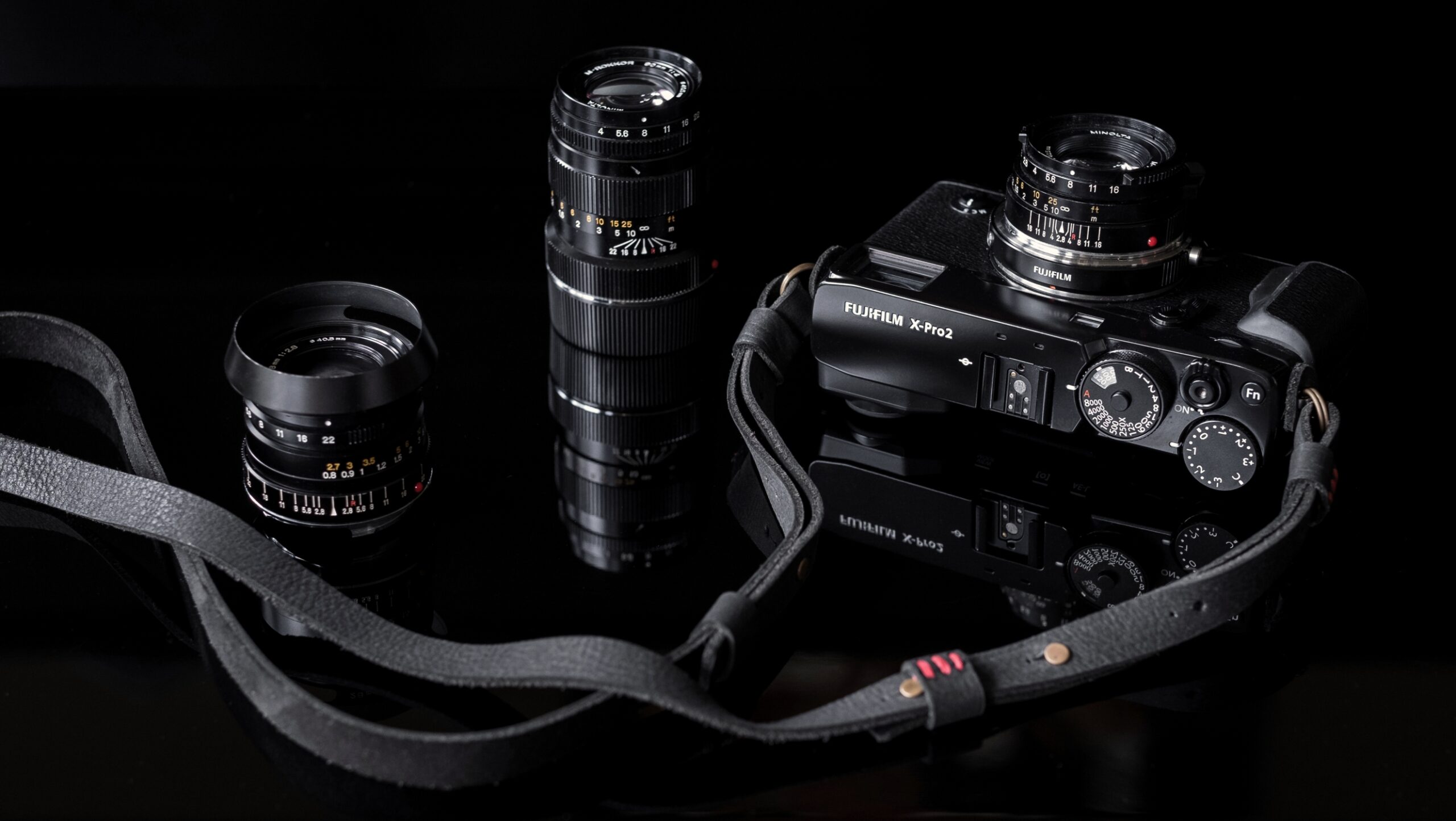 Making a connection between Fujifilm and Leica isn’t difficult. Fujifilm’s X series has taken design and function cues from Leica’s venerable M Mount rangefinder cameras since the beginning. By creating the M Mount adapter for X Mount cameras, Fujifilm has logically placed the Leica brand even closer to their own. It’s the only official adapter made by Fujifilm to allow another manufacturer’s lenses to work alongside their own OEM lenses.

Many Fujifilm photographers also own Leica equipment, so it only makes sense to allow these compact manual-focus lenses to be mounted to Fujifilm’s current digital cameras. In addition, the Leica M Mount (much like Pentax’s K Mount for SLRs) introduced in 1954, is probably the most popular rangefinder lens mount in history, with compatible lenses that were (or currently are) made by Konica, Minolta, Voigtlaender/Cosina, Rollei and Zeiss Ikon. Moreover, you don’t need to be rich to use this adapter with your current Fujifilm X Mount camera(s). Use your dad’s old Leica lenses, find a cool vintage M-Mount lens on eBay, or rent a Leica 50mm f/0.95 Noctilux for the weekend. Although I have access to many exotic M Mount glass, I decided to keep this review simple. I used my vintage Minolta M-Rokkor 40mm f/2 on the X-Pro 2 for the majority of this review. This very compact lens matched well to the similarly compact adapter, giving a very unique image rendering that I’m not use to seeing from the normal Fujinon lenses. Because of Leica’s compact ‘mirrorless’ design, the 27.8mm flange back distance from lens-to-sensor is similarly compact, keeping the entire lens-and-mount combination very pancake like. The build quality of this adapter is also top notch, using all metal construction, matching the correct type of metal from mount-to-body (aluminum) and mount-to-lens (stainless steel). With an aluminum centre piece for rigidity and durability, the adapter is ready for heavy use. Unlike many third party accessories, this OEM adapter is designed to work seamlessly with the Fujifilm X series system. Once you mount the adapter, there’s no need to dig into the menus to turn on the “Shoot Without Lens” mode. The camera automatically recognizes the mount and communicates via the electronic contacts. There’s even a handy function button on the mount itself, opening up the Mount Adapter Setting on your LCD or EVF. Here you can customize the lens mounted and store the information for future use. You can custom set the focal length (this info is also stored in the EXIF data) which is great when using the OVF on the X-Pro series with proper bright frame lines. You can also customize each lens profile, correcting distortion, peripheral illumination (or vignetting) and colour shading. These corrections are applied once the image is taken, not during live view, so make sure you make these adjustments ahead of time, or do it later in Lightroom or Photoshop. I’m not the biggest fan of adapters because most manufacturers design lenses and camera bodies (which includes the sensor and processor) to work together. The body communicates with the lens to optimize image quality. When attaching another manufacturers’ lens to another brand, you lose this ‘optimization’. However, since many M Mount lenses were made during the film era, there was no software communication between body and lens. There was less consistency when it came to lens correction, colour, and image rendering as well. By using this adapter with vintage M Mount lenses, you never know what you’re going to get. When I mount a Fujifilm XF35 versus a XF14 or XF56 APD, I always know what I’m going to get. It’s very refreshing to mount some long forgotten film era lens onto a modern Fujifilm X series body and wonder what the end result is going to be. That’s what happened when I mounted my 1980 Minolta M Mount lens (designed for the Minolta CLE) onto the Fujifilm X-Pro 2. Because you are only using the centre portion of the lens (due to the 1.5 crop factor of the smaller APS-C sensor), the classic M Mount vignetting wasn’t obvious, even when shooting the Noctilux or Summilux wide open. The Leica lenses I tested did render the images more cinematic versus the Fujinon lenses, but not enough to pay 4 to 5 times more money. The treasures would be to find older Leica or Zeiss or Konica M Mount lenses with unique characteristics (the Minolta flared like crazy in direct light, which I loved) that you can use if you ever got bored with the consistent (but high quality) look of the Fujinon lenses. I also found lenses 28mm and wider didn’t do anything for me due to the crop factor. A 28mm lens becomes a 42mm, and a 24mm becomes a 36mm, losing the whole wide-angle feel of the lens. Starting with the 35mm, which tends to be well corrected for distortion (very little barrel or pincushioning), the 52.5mm equivalent focal length looked very natural. My 40mm lens became a 60mm equivalent, again very well corrected for distortion to begin with and looked natural as a standard lens.

I really enjoyed using this M Mount Adapter on the Fujifilm X-Pro 2. I could shoot with the OVF and have the proper frame lines come up and it really did feel like I was shooting with some type of hybrid Fujifilm-Leica camera. I had the advantages of using the Fujifilm OVF/EVF technology, while still shooting slower with the M Mount lenses. I was more careful about what to focus on and what apertures I would choose. Zone focusing and f/8 became my friend while on the street. It was also very cool applying film profiles (ACROS, Classic Chrome) in Lightroom to these classic M Mount lenses, giving me very unique images that would be hard to identify, even to the most discerning photo nerd. Overall, I would highly recommend this adapter for anyone who wishes to experiment with unique M Mount lenses from the old film days on their Fujifilm X series cameras. My only complaint? Using M Mount lenses on the X-Pro 2 made me wish Fujifilm would produce a series of fully mechanical X Mount lenses. How about start with the Fujinon XM40mm f/2 WR? 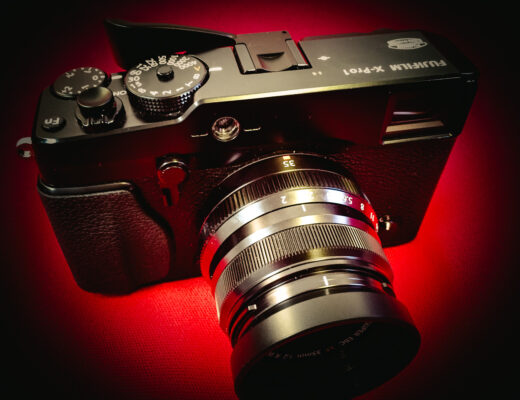 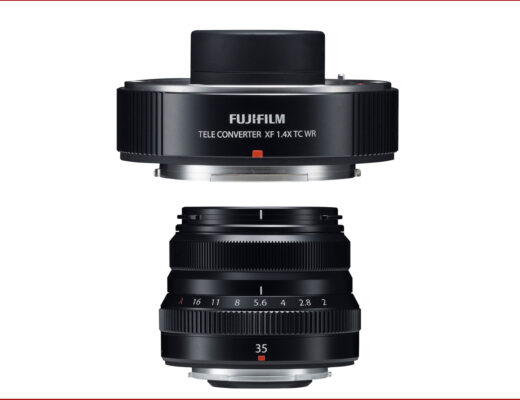