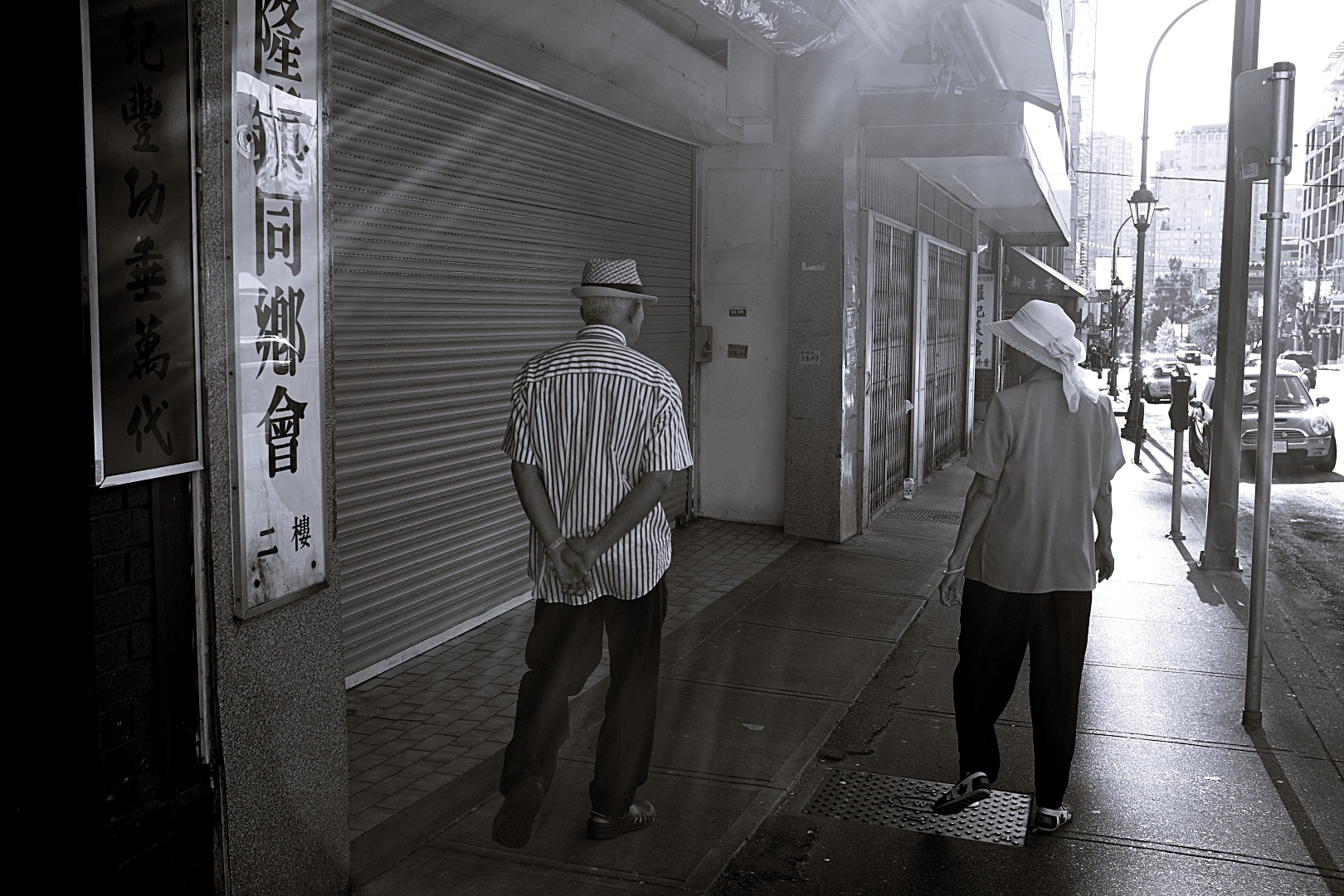 X-T10 vs X100T: Which Camera is Better Suited for Street Photography?

When I received my longterm review copy of the new X-T10, my first instinct was to do a comparison with the X-T1. However the more I thought about it, the more I realized the comparison would be useless. Most want a performance or functional comparison, and both are too similar to see any real difference. Then I thought about the size and weight of the X-T10 and the XF 27mm pancake lens and how it felt so close to the size and weight of the X100T. I wonder which camera would be better suited for street photography? I finally have a topic for this article! So which camera is better for street photography: the X-T10 with the XF 27mm pancake or the X100T?

Which performed better? Because both the X-T10 and the X100T use the exact same sensor (X-Trans CMOS II) and processor (EXR II), the only difference in image quality will come from the lens. I actually found (to my surprise) that the 23mm lens on the X100T was better overall. It was sharper both in the centre and along the edges at the same aperture (the 23mm lens at f/2 is magical when isolating your subject), it handled flare better (the above image was taken with the X100T), the colours were more accurate and the contrast was more pleasing. This does not mean the XF 27mm lens is not good, but that the X100T’s built in lens is better. In fact, I am now curious about how the X100’s 23mm f/2 lens would perform against the XF 23mm f/1.4. Another minus for the XF 27mm lens is that it does not have a built in aperture ring around the lens. Like the XC lenses, you have to use the rear control dial to adjust aperture, which does not feel intuitive on a Fujifilm X series camera. Another major advantage the X100T has over the X-T10 is the leaf shutter. Not only is the shutter sound super quiet (think small point and shoot quiet), it also allows for flash sync up to 1/2000th of a second. The advantage? You can use a small flash like the EF-X20 for fill during daylight, shoot with the lens wide open at f/2, and only use it at a super low 1/64th or 1/32th power output. The flash does not need to overpower an f/8 aperture to allow for proper sync (the X-T10 only has a 1/180th maximum flash sync speed), which also helps to recycle quicker for the next shot and allows for discrete flash photography during the day. The X-T10’s shutter isn’t super loud, but compared to a leaf shutter the difference is significant. Yes both the X-T10 and X100T allows for super silent electronic shutter speeds of up to 1/32.000th of a second, but you have to beware of the rolling shutter effect when you include moving subjects. For street photography, I would recommend to turn off the electronic shutter and stick to mechanical. The final major difference between the X-T10 and the X100T is the viewfinder and LCD. The X-T10 uses the standard Fujifilm EVF (same as the X-E2) which is very good. I have compared the X-T10 and the X100T in EVF mode and the X-T10 is better, but I do not know why. Yes the X-T10 has a slighter larger .62X magnification versus the X100T’s .50X, but they both have the same amount of pixels (2.36 million) and similar refresh rates. I have never enjoyed using the EVF on the X100T, but comparing it side by side with the XT10 I disliked using it even more. If you buy the X100T, I highly recommend using the optical viewfinder. Because the new T version has a mini EVF inside the OVF, you can now check for focus, exposure and white balance while in optical viewfinder mode, giving you less reason to switch to electronic viewfinder mode during critical shooting.

The X-T10 also has a very useful articulating LCD screen, great for shooting low, from the hip, or overhead shots. I did not think I would like this feature when it was first introduced on the X-T1, but I have learned to incorporate it into my street photography technique. I am sure the next X100 series camera will have one, but for now it feels like a slight handicap when comparing it with a camera that has an articulating screen. Although I personally prefer shooting with the optical viewfinder on the X100T, the versatility of the articulating screen on the X-T10 and the better electronic viewfinder gives the advantage to the X-T10 on this comparison. I know there are other features and functions that separate these two great mirrorless cameras, but for street photography, I did not see the differences significant enough to justify a comparison. Perhaps autofocus speed can be mentioned since the X-T10 has the most advanced auto focus capabilities in the entire Fujifilm X line-up (the X-T1 was recently upgraded with the same features with the recent firmware update V4.0). However, I did not find I was missing any shots because the X100T lacked AF accuracy or speed. I could tell the X-T10 was quicker, but it was not more accurate during the day and on the street. The X-T10 has other features that top the X100T: faster continuous shooting (8fps vs 6fps on X100T), a bigger internal buffer, a higher capacity battery, an extra dial for DRIVE mode access, both front and rear control dials, separate AEL and AFL buttons, easy AUTO mode and more. Yes, the X-T10 has many features and functions that outperform the all-in-one X100T. Does this make the X-T10 better suited for street photography? No.

In the end I picked the X100T as the winner over the X-T10 with the XF 27mm lens for street style photography. I am not saying the X100T is a better camera. The X-T10 has more features and functions, faster and more powerful AF, better EVF, the ability to change lenses, a very reasonable price ($800 USD body only or $1100 with the amazing 18-55mm f/2.8-4 R OIS lens) and better overall performance. However for this comparison, I was trying to level the playing field in terms of size, weight and price. The key to a great street photography camera is the ability to be discrete, the ability to grab the image quickly and intuitively, and ergonomics and features suited for quick and accurate composition. The X100T are all these things and more. The only negative of both these cameras is that they are too darn sexy! People are naturally attracted to these cameras, attention that you may or may not want as a street photographer. If you want to be super incognito you should probably consider buying the black versions. The negative can also be a positive too, since a camera that looks and feels great can motivate you to always carry it on your person and encourage you to take pictures with it. This is what I call the X-Factor, something that both the X100T and X-T10 have, but the X100T has more of.

For my YouTube video comparison between the Fujifilm X-T10 and X100T, check out my Under Cover Preview and Fujifilm Comparo videos on my YouTube channel. 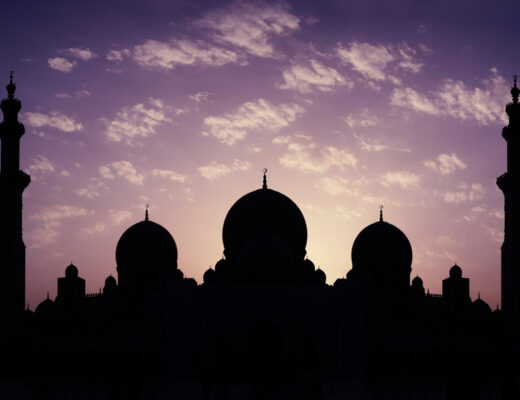 APS-C Based Sensors: Myths and Benefits 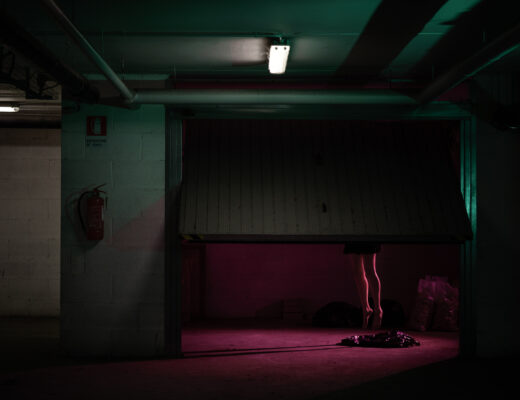