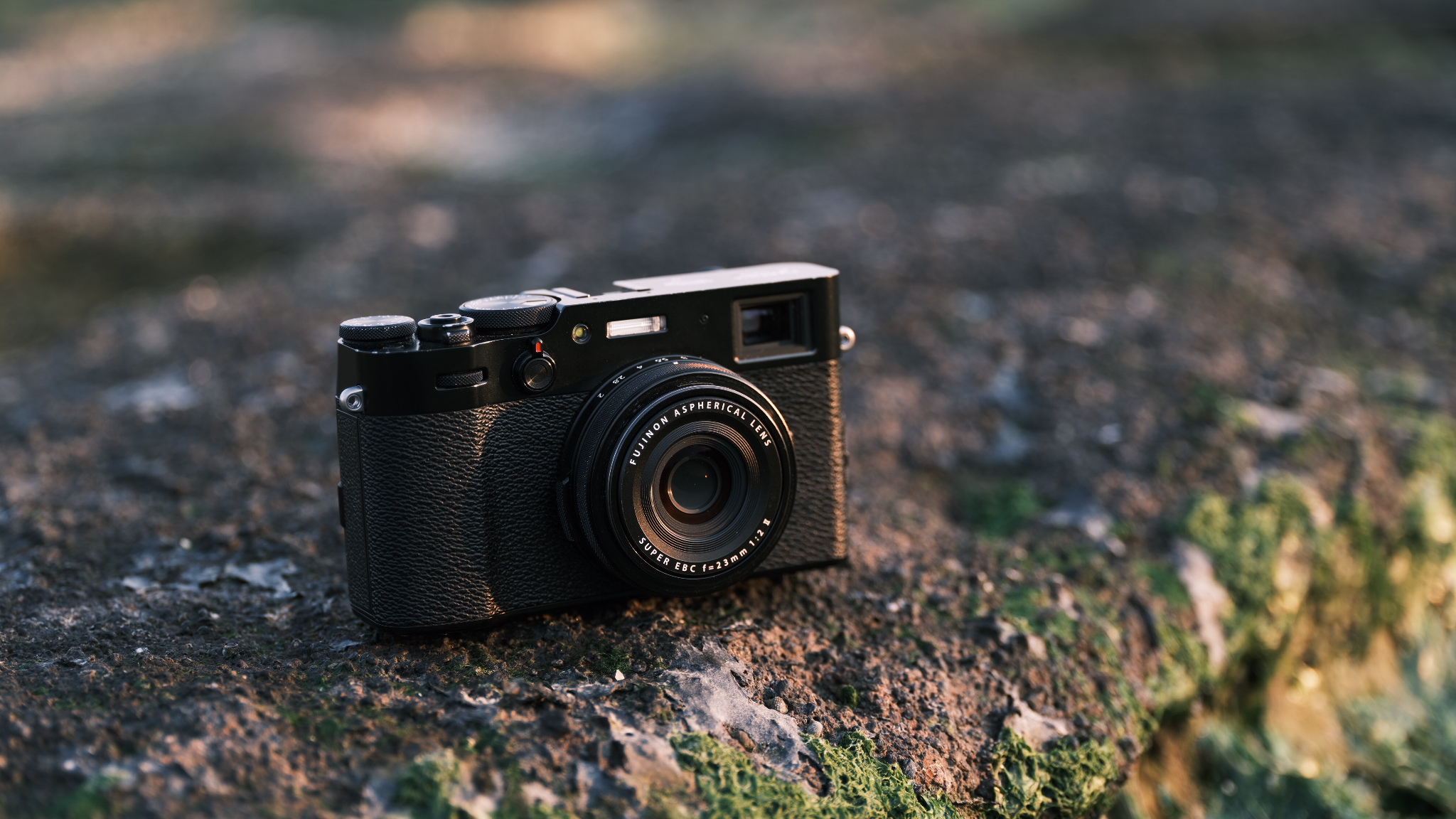 The X100 Series: What Makes It So Special?

I can’t think of a single camera that garners more attention than a Fujifilm X100. It seems to get everyone’s attention within the Fujifilm user-base and outside of it. Some love it and swear it’s the only camera they’ll ever need while others dismiss it as an overpriced toy that is outdone by other offerings at similar price points. As a long-term user and abuser of the X100 series cameras, I feel like there’s something about it that keeps me coming back. It’s more than just a tool for me. Let me explain.

Just over half of my personal work in the last three years has been done with either an X100F or an X100V and the two conversion lenses. It’s with me everywhere I go and that’s certainly a large contributor to the number of photos it produces. However, it has to be more than that. If it didn’t perform, I wouldn’t take it with me. If it wasn’t versatile enough, I wouldn’t take it with me. There must be more to this little camera than just being a small, portable package. 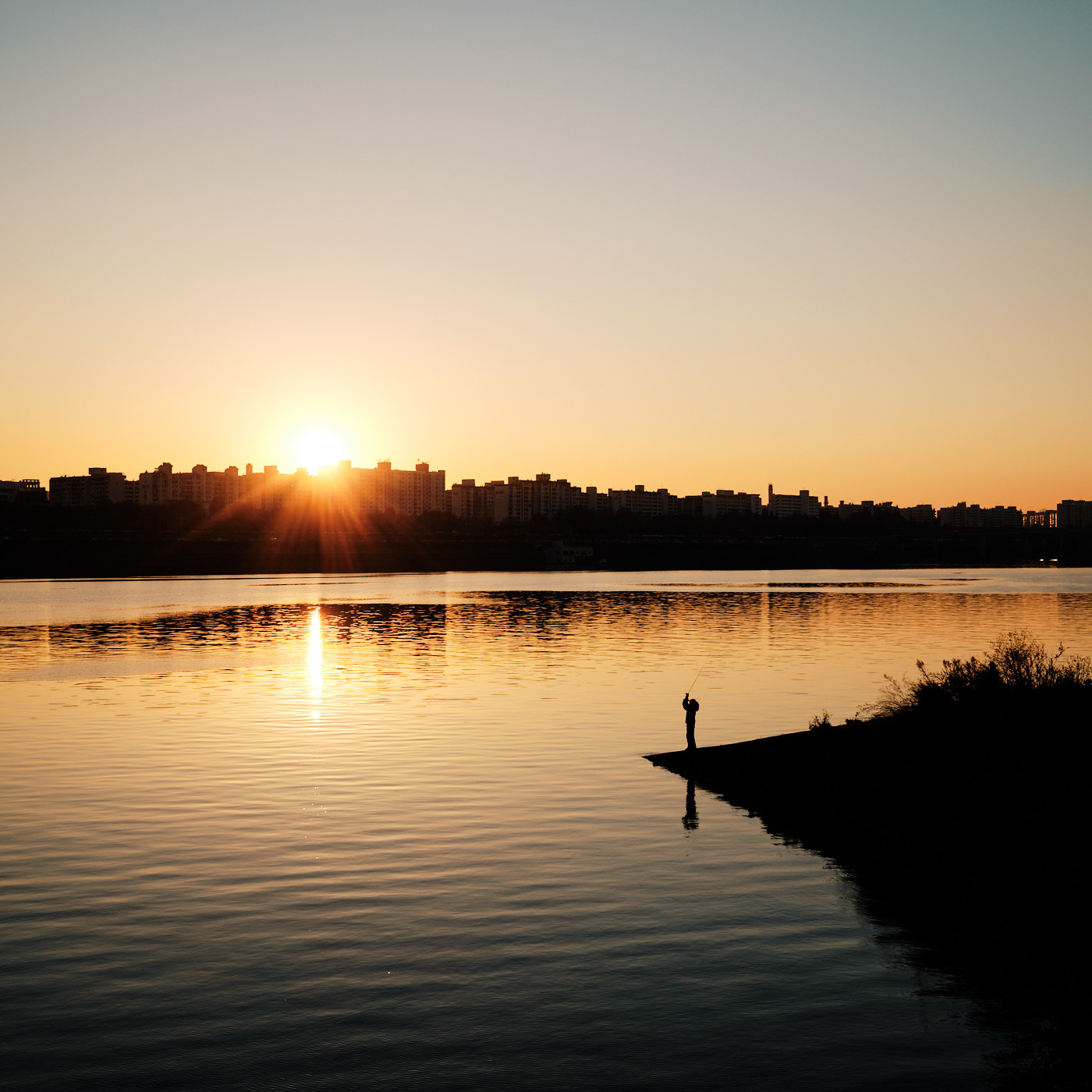 I was recently having coffee with a good friend of mine. This friend, like me, has a love-hate relationship with the X100 series of cameras. In fact, he has bought and sold no less than five of them. I am, give or take one X100, in the same boat. We laughed about how each time we own one, the grass is always greener on the other side and each time we don’t have one, the G.A.S. kicks in again and we go on the hunt for a good deal.

As the discussion continued, we tried to discern what it is that makes this little camera so desirable for us and what it is that makes us want to sell it off and pick up another X Series camera each time we own one. Both of us have full interchangeable lens systems for our client work so this is a camera that fits squarely into the want department, not the need one. So why do we keep coming back? 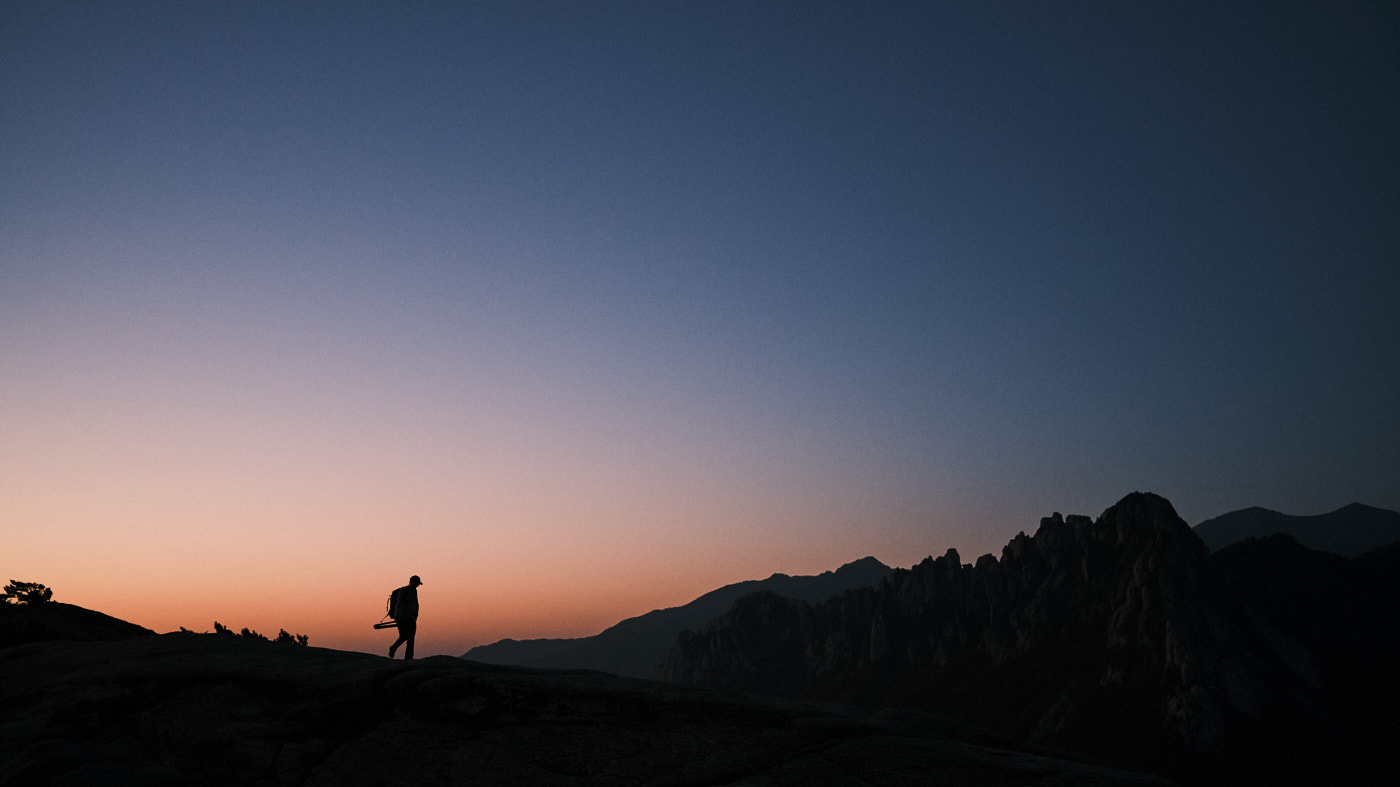 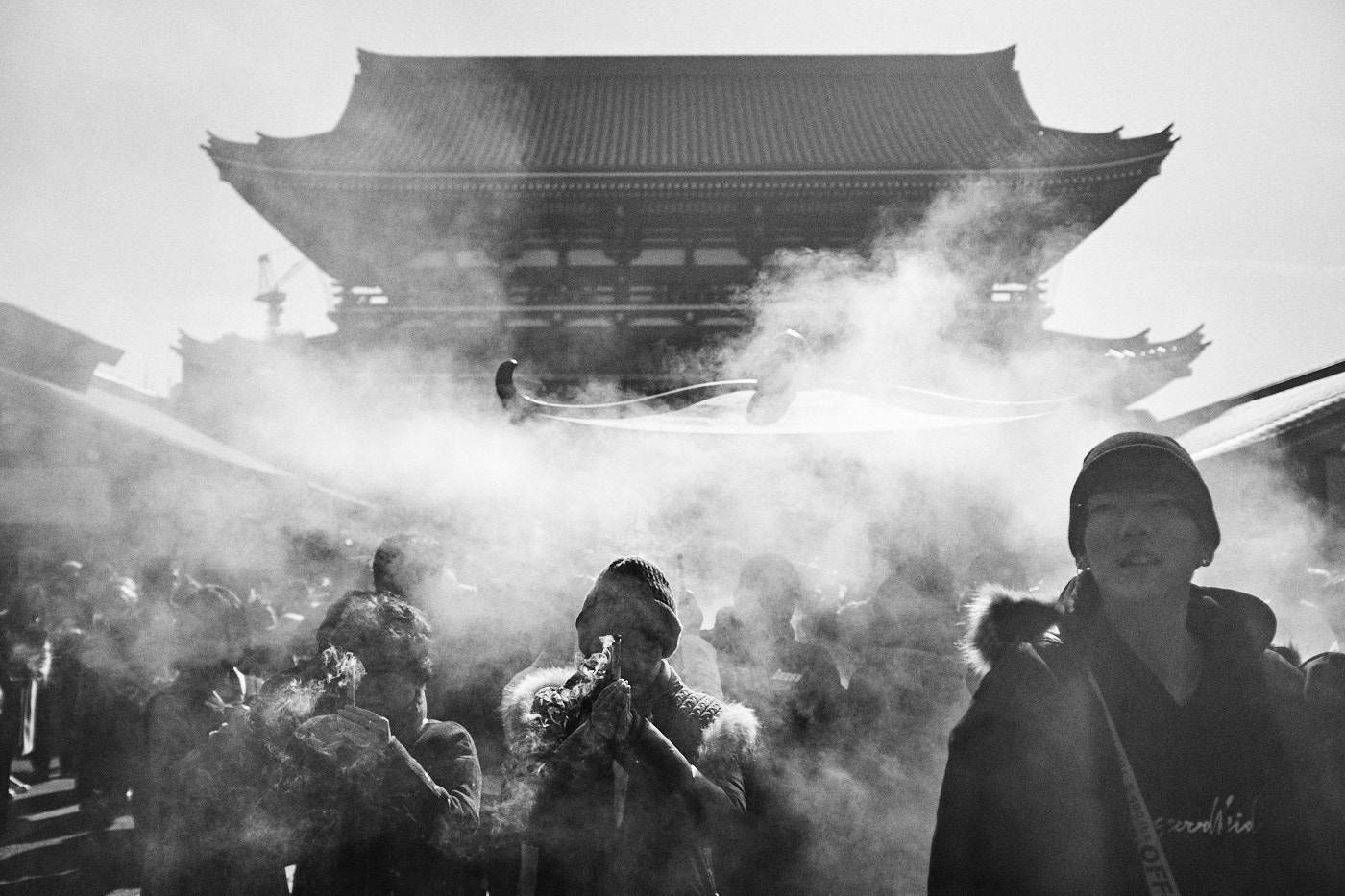 Personally, I have never much cared what my cameras look like. But, this friend of mine is somewhat more concerned with that than me. Nonetheless, I can agree that the X100 series, and the X Series in general, are beautiful cameras. They’re subtle and non-threatening, making them great cameras for the stealthy street photographers among us. I’m sure part of the allure has to do with the styling evoking a certain nostalgia. It certainly makes you want to pick it up. But again, there has to be more to wanting to pick up these cameras time and time again. 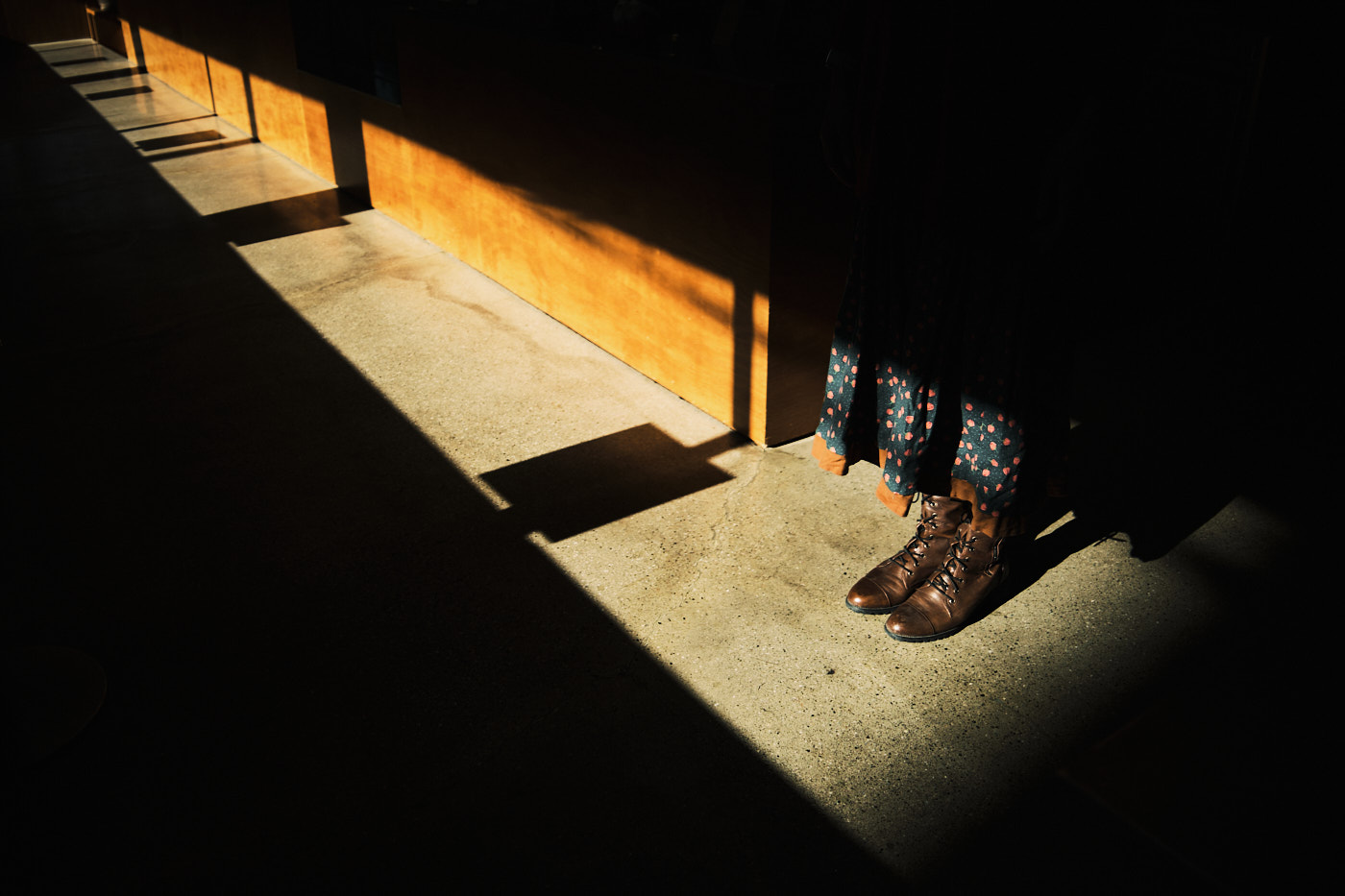 One of the great things about (most of) Fujifilm’s X cameras is that you can pick up any one of them and expect the same image quality as the others when used with the same lenses. The X100 series is no exception to this.

Having said that, I’ll be honest and say that it wasn’t until the release of the X100V that I was really happy with the lens in the X100 series. Until stopping down to f/4, it didn’t do a great job of rendering detail and its flare characteristics and coma left a little to be desired. Together, that meant that if I wanted to photograph anything with a wide aperture or work facing into the light, I would often take something other than my X100 with me. Now, however, the lens on the X100V does a much better job and makes an already versatile camera even more versatile. In fact, it often comes with me not only for personal work but on jobs in place of my 23mm lens for the X-T4. 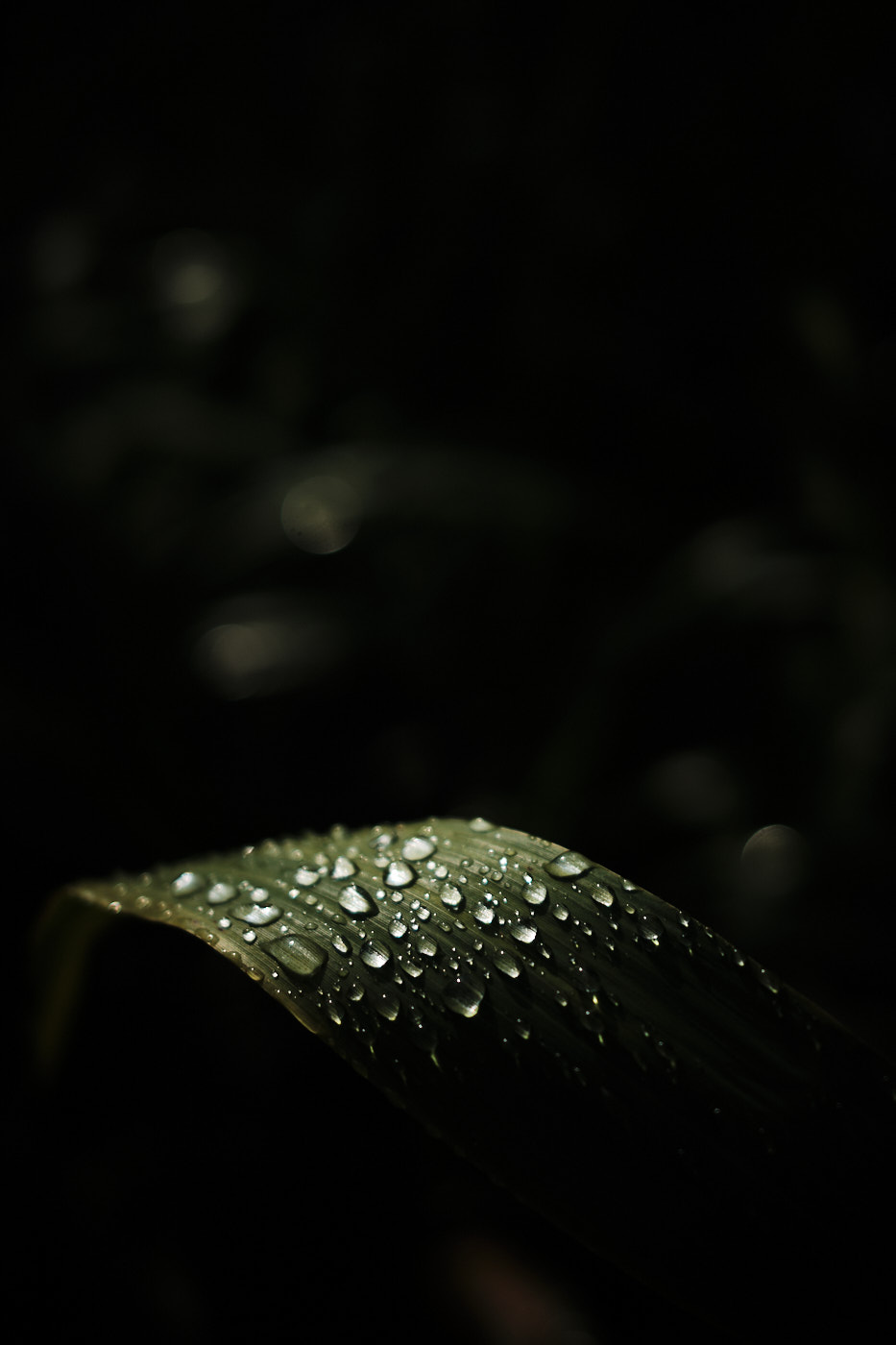 In the X Series, there really isn’t a camera I’d think of as not being portable. Even the X-H1 is quite small compared to many other cameras. However, the X100 series takes this to another level. They’ll slide into a pocket and come with you no matter the situation. For me, the X100(V) is the camera that will always be there. While I might put my X-T4 with a larger lens in the bag while I move from place to place, the X100V will always be dangling from my wrist and ready to go at a moment’s notice.

Another time it really shines is when I’m scouting a new location. Rather than using my phone to make a few snaps of the area, I can use the X100V. Along with the WCL and TCL converters, I have a good set of focal lengths that closely match some of the lenses I use with my X-T4 and allow me to visualise an area much like I might photograph it for a client. On top of that, I can make personal images in a pinch if I come across some great conditions while I’m scouting. 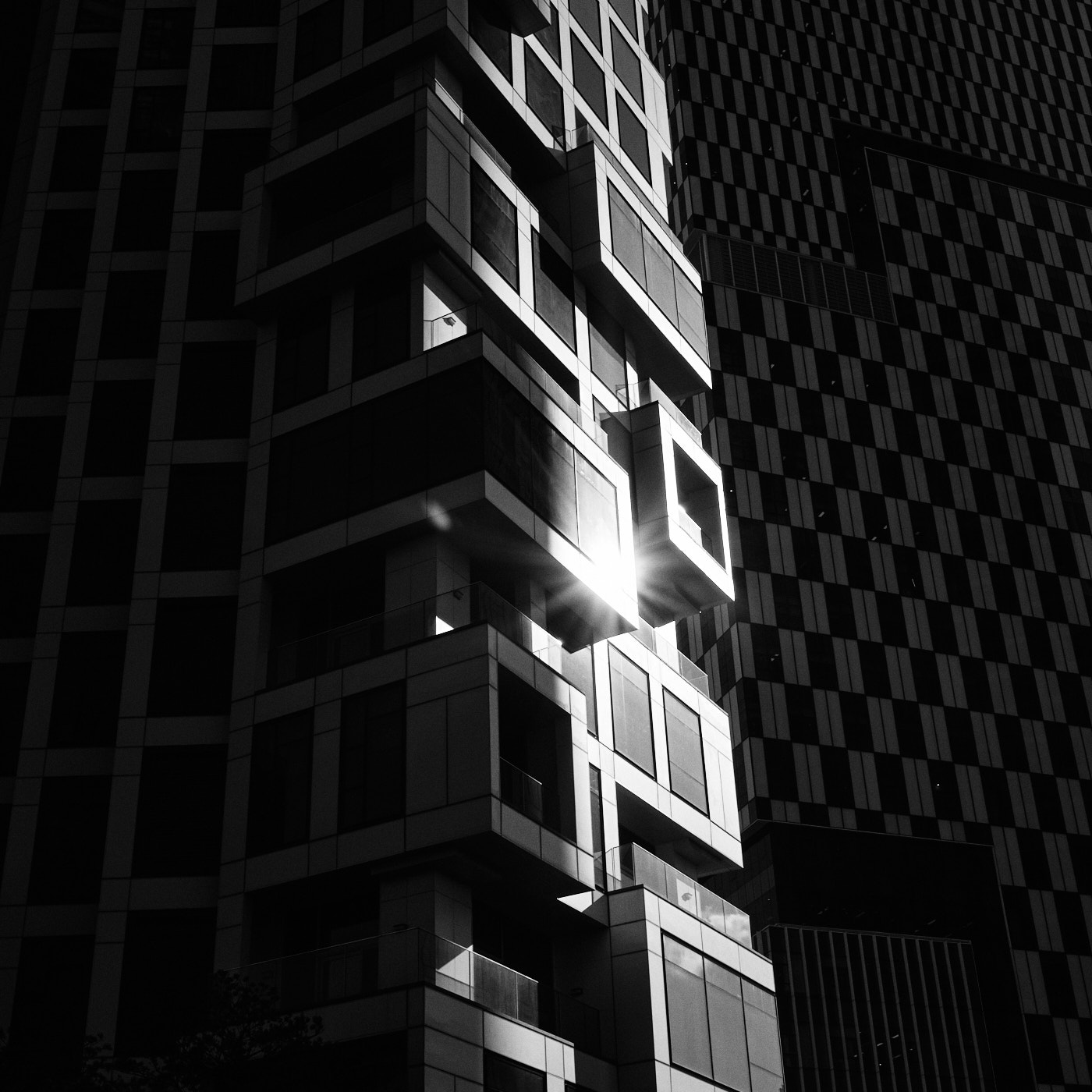 Unlike a lot of compact cameras that are made without the demands of heavy use in mind, the X100 series has evolved into a rugged and dependable camera. For the first time in the series, the X100V is officially a fully weather-sealed (with a filter attached) compact camera. Not only that, but when compared to some of the alternatives like an X-E4, the X100V is built like a tank. This peace of mind makes it a great tool for all occasions. 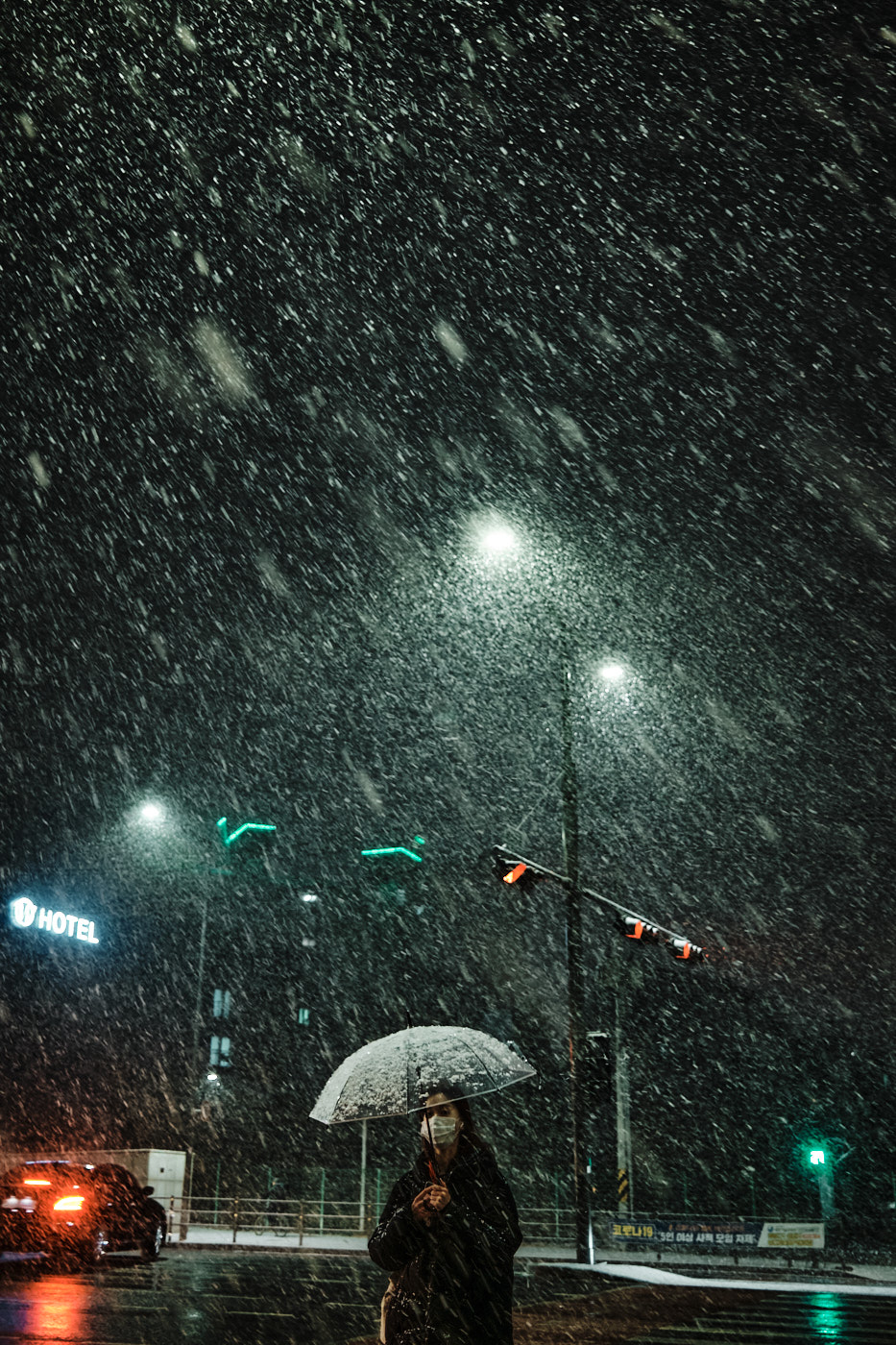 I think what makes this camera so special for me is that it can wear a lot of hats. Not only is it small and portable, it produces the same excellent images we expect from other X Series cameras. I think it is the combination of all of the above that allows me to treat this camera in the same way I might treat my phone camera but also ask it to perform the role of my work camera at a moment’s notice.

The X100V is just as much at home photographing date day with my wife as it is producing a simple headshot for a magazine or a long exposure seascape. On top of that, it can do all of this in rain or shine without weighing me down. For me, it fills the role that a high-end point-and-shoot film camera might have filled. It performs well in fully automatic mode and can be switched into full-manual controls when necessary. The feeling of working in this way takes the weight off having to create great photographs each and every time and allows for a looser approach to image-making.

Let me know down below what you think of the X100 cameras. Do you own one? Do you want one? What makes it special in your eyes? What stops you from getting one? Let’s see how many comments down we can get before IBIS gets mentioned! 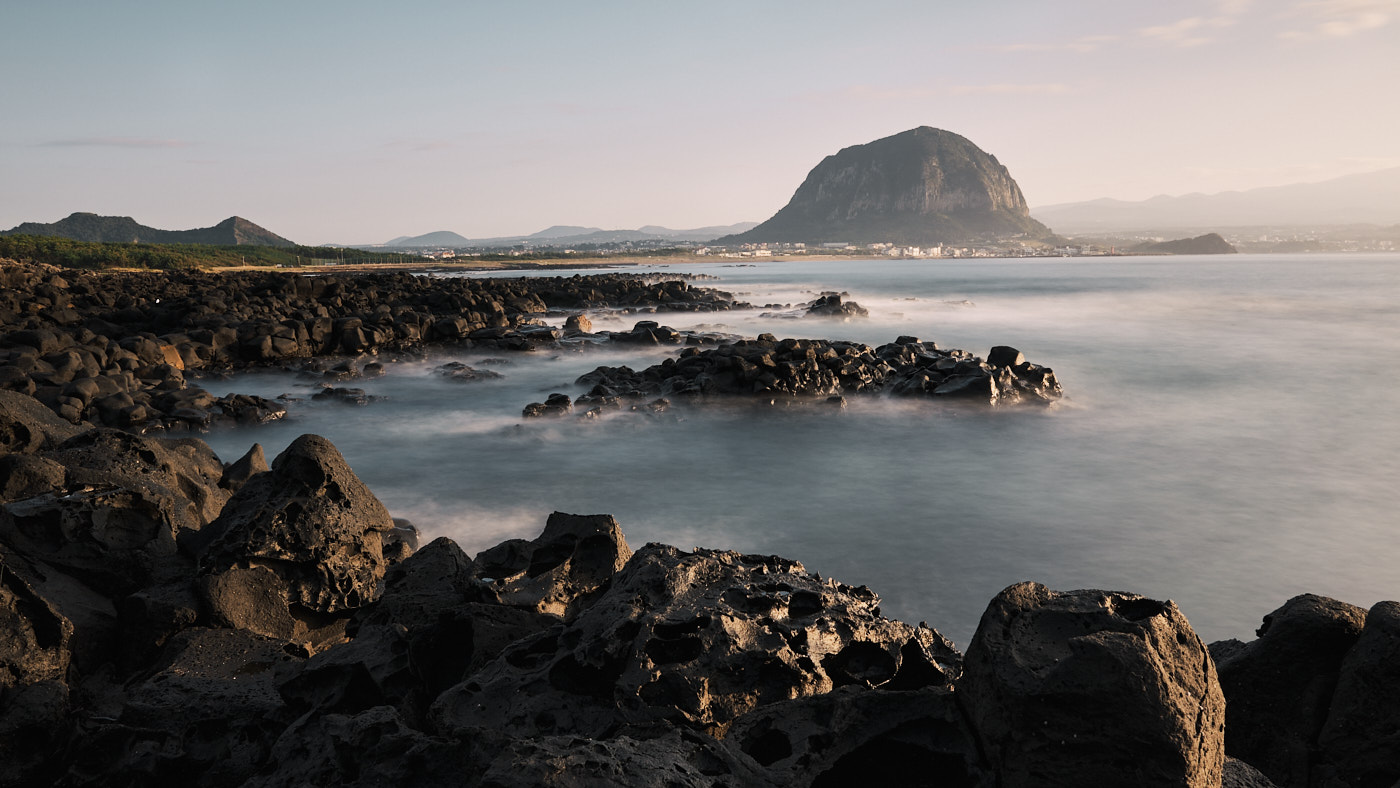 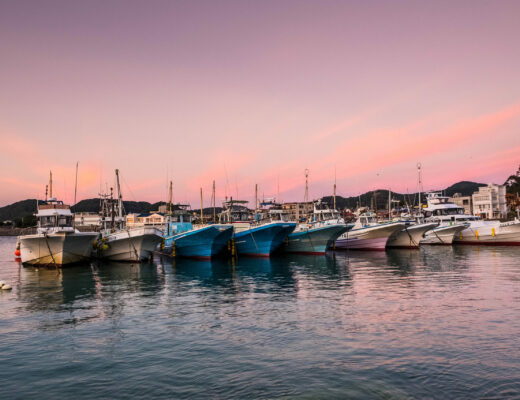 One Lens Challenge in Japan 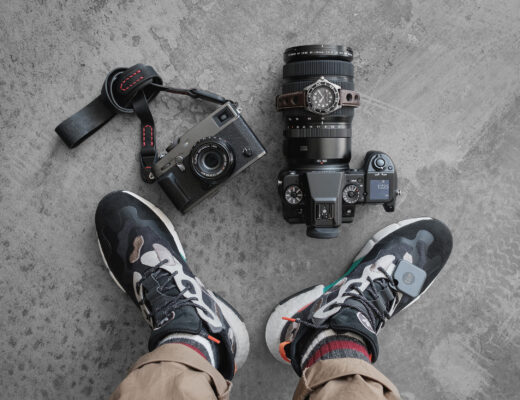 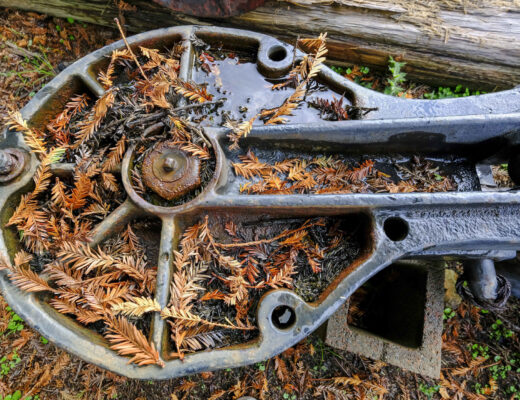