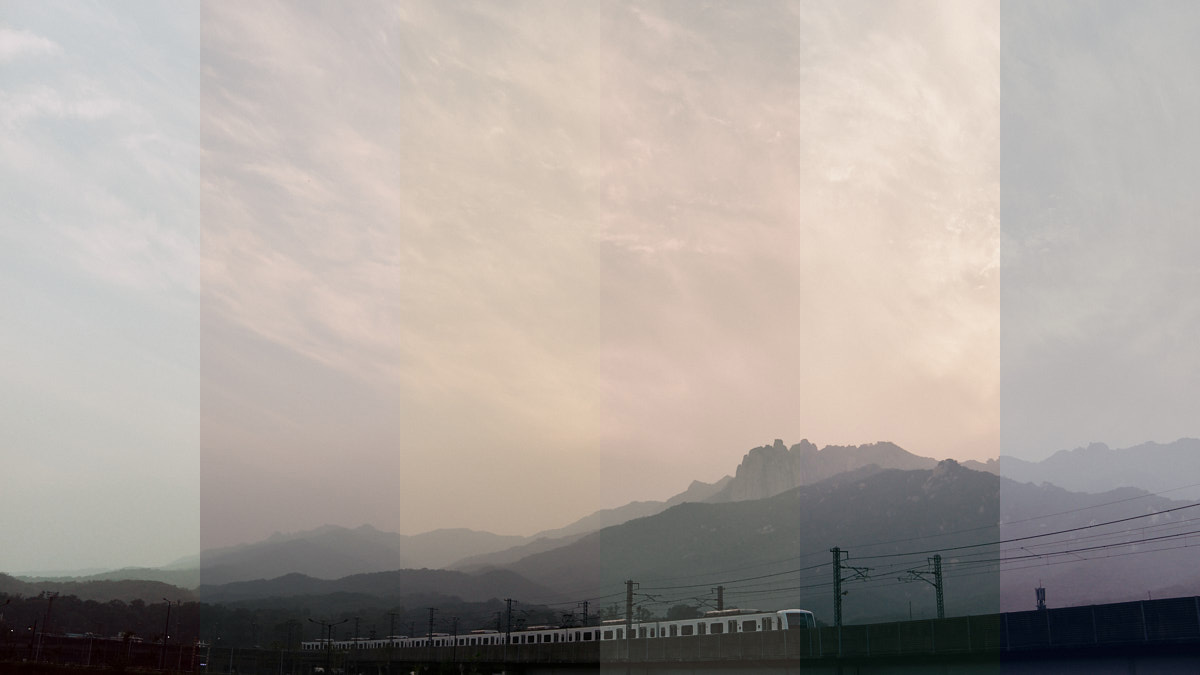 For many of us, presets in our software are a great way to get started with processing our images, get an idea of where we might like to take an image or create a consistent look to a collection of images. While they can be extremely useful, the quality of many presets sold online is questionable. Really Nice Images have made a name for themselves by producing high quality presets that emulate the look of many classic film stocks. This is especially true of their most recent pack, All Films 5. Previously only available for Lightroom, RNI have recently completed their Capture One versions (Lite / Pro), which we’ll look at today.

I had the pleasure of test-driving All Films 5 for Lightroom back in 2019 and much of what is true about that pack stands for the Capture One version as well. If you are unfamiliar with what All Films 5 is, I recommend reading that review first. Rather than rehash the features and talk about what’s included, here we’ll focus on the main differences with the Capture One Version.

In addition, all the photographs here are one-click edits. I adjusted exposure, white balance and then clicked the preset for each of these. None have any further refinement of colour so you can see a close representation of what you will get by simply using All Films 5.

How does All Films 5 work in Capture One?

With the Lightroom version of All Films 5, RNI were able to take advantage of Adobe’s powerful Camera Profiles. These allow a preset to completely take control of every aspect of the image processing pipeline and affect the way a raw file is interpreted. However, Capture One does not allow this and, thus, RNI had initially stated that it would be difficult to port the presets to Capture One while maintaining the level of quality they demanded.

Eventually, they found a workaround in using ICC profiles to affect colour in Capture One. This works in a similar way to the existing camera profiles that Capture One has built-in. As we’ll see, they’re not quite as flexible as Lightroom’s Camera Profiles. Still, RNI have managed to create a quality set of styles using these. 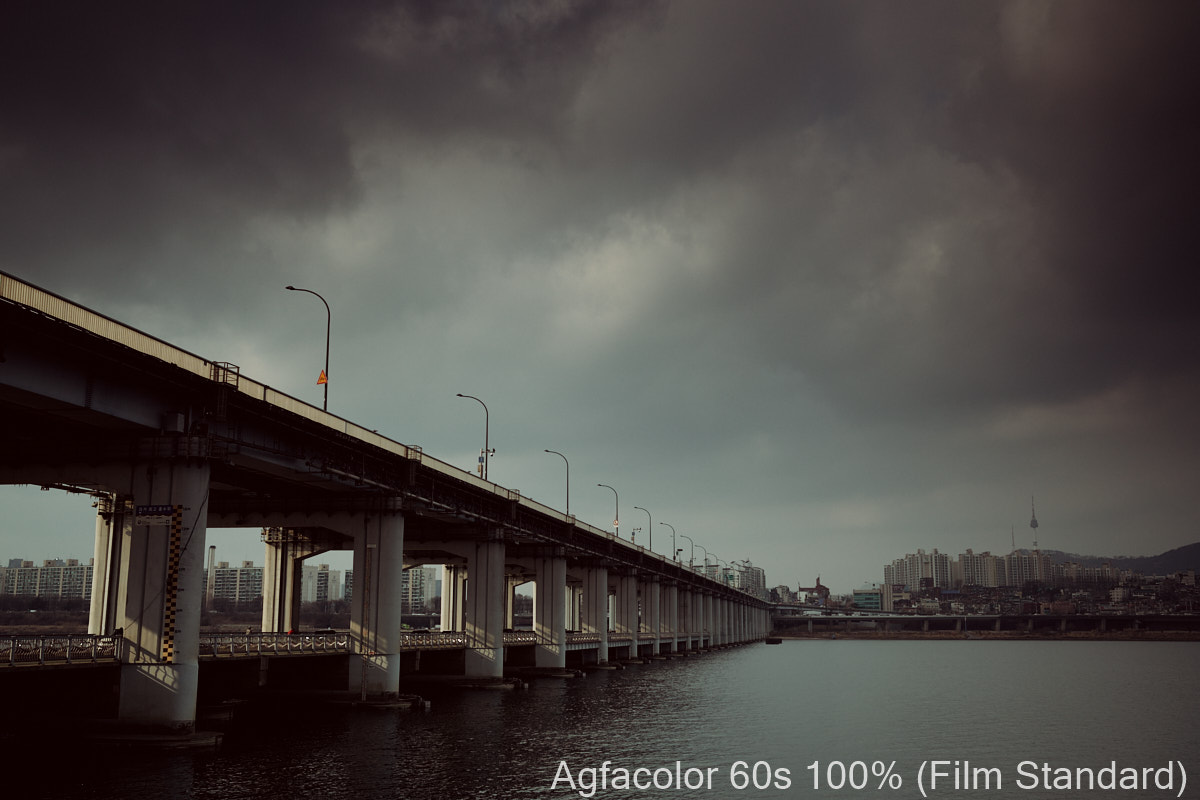 Two of the major features that RNI touted with their release of All Films 5 for Lightroom were the in-built highlight protection that mimicked the roll-off of film highlights and the ability to fade the strength of each preset using a slider. Unfortunately, these two features cannot be implemented in Capture One.

When it comes to fading, RNI has provided a similar feature by producing each style in four different strengths. These are 25%, 50%, 75% and 100%. While not as nuanced as the Lightroom method, it does provide us with a way to taper the effect of a given style. I have found myself looking at these values as weak, medium, strong and very strong, rather than their numerical equivalents. This helps me to judge how much the style will affect my images. As we’ll see below, some of the styles are very heavy-handed.

You might be thinking that by including four separate versions of each style, that RNI have created a very large pack of styles. You would be right. The pack already includes over 180 films, with everything from infrared to slide film included, and this needs to be multiplied by four (and then doubled to include grainy and clean versions). Thankfully, RNI have organised these into folders by film type and then strength. This simplifies the process of finding the desired film somewhat, but I have still found that it can take a while to dig through. Since I’m unlikely to ever use most of the films, I’ve found myself collecting my own favourites into a custom folder for ease of navigation.

When it comes to highlight roll-off, this has to be handled by us now. This means getting the exposure right in the first place, which we all should be doing whenever possible anyway and then making use of Capture One’s High Dynamic Range tools to refine it if needed. 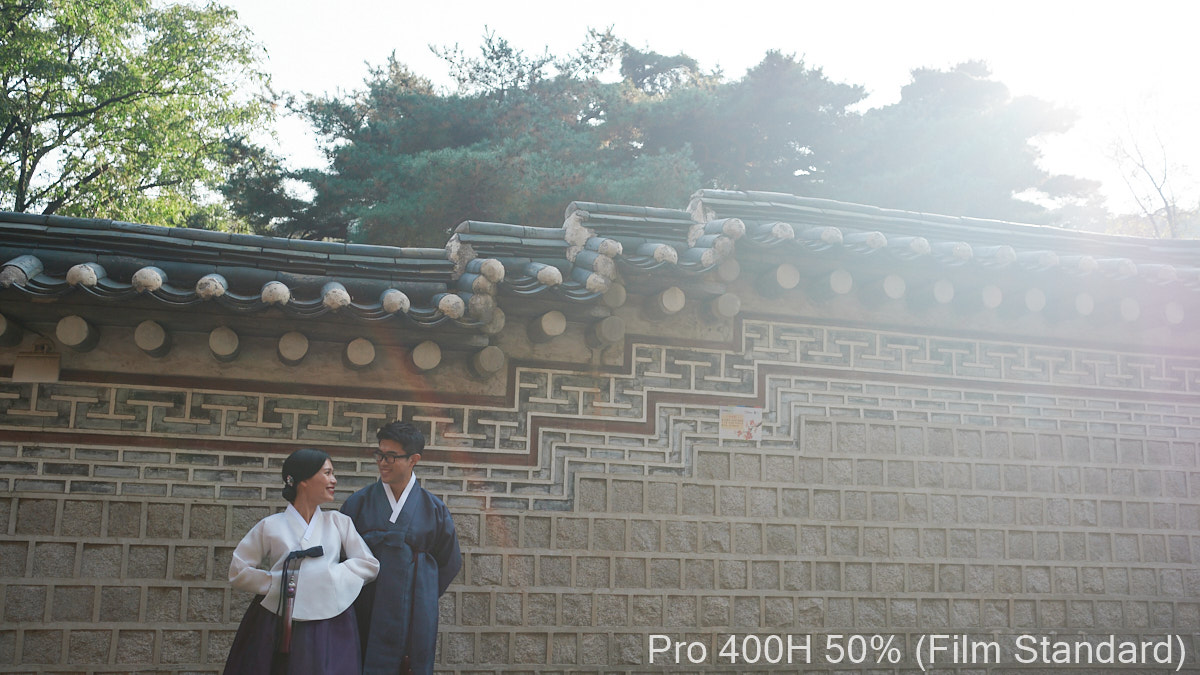 Capture One, necessarily, handles Fujifilm X-Trans files in a slightly different way to other cameras, and thus RNI came up against another hurdle with this. In order for All Films 5 to affect our images, we need to first ensure that Capture One’s Curve (not Curves) tool in Base Characteristics is set to Film Standard. Film Extra Shadow and Film High Contrast will also work, but Fujifilm’s Film Simulations will behave abnormally.

Film Simulations vs Lightroom vs Capture One

That’s the technical details out of the way, so let’s look at the results. I have included some of the same images from my Lightroom All Films 5 Review here, so it might pay to open that in another tab so you can see the differences. There are also Fujifilm Film Simulation versions of the images in that post for comparison.

Overall, I would say that the looks are similar between the two applications. As with most things in Capture One, the initial results can be a little too punchy for some tastes and may need to be toned back. With many of the slide film styles, for example, I found myself only using the 25% strength versions. Anything above that produced a much too contrasty and saturated image for my taste. 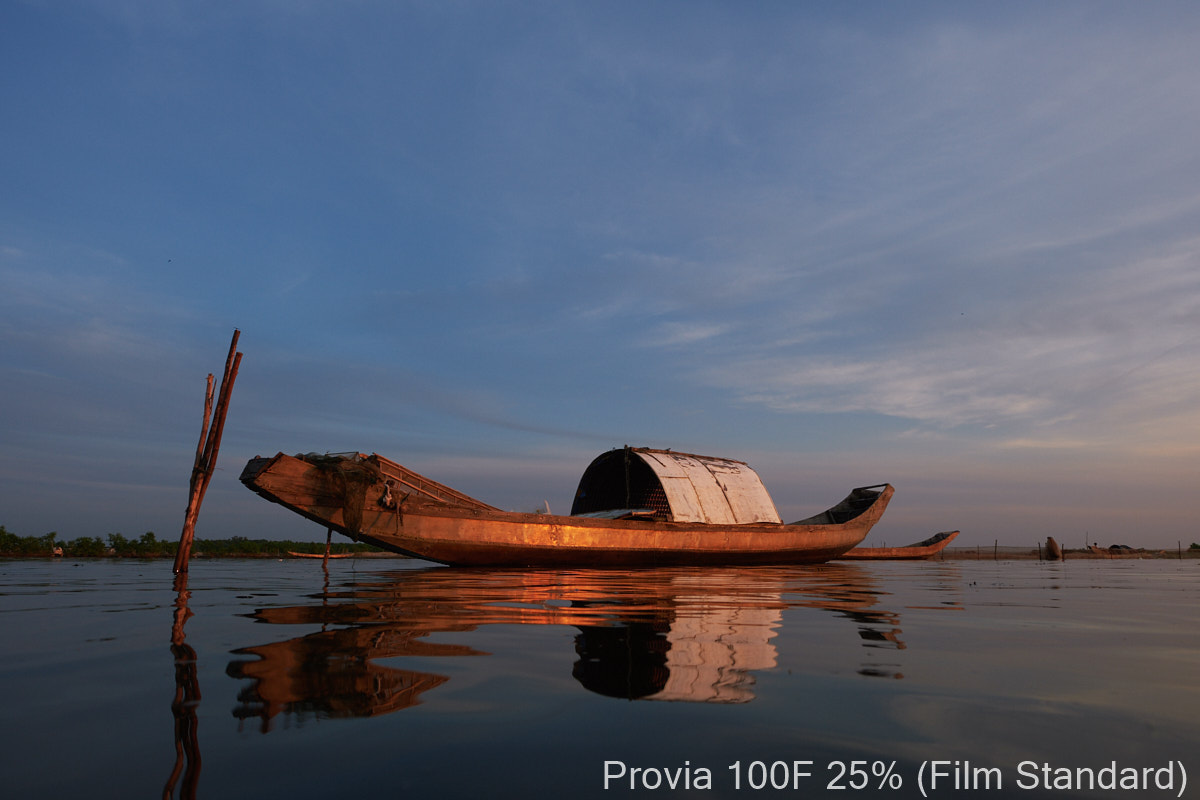 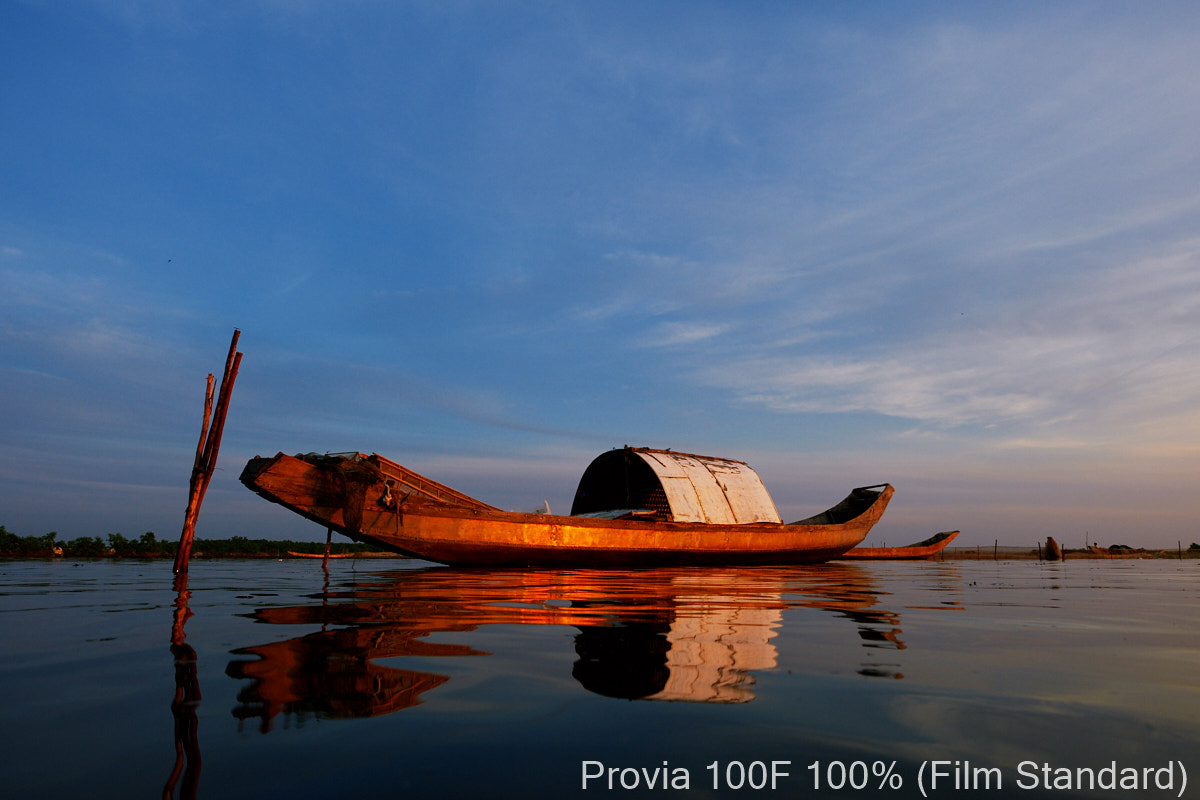 While RNI recommends the use of Film Standard in order to get the best results from their styles, I have personally found that Film Extra Shadow provides a more natural-looking result in some cases. For example, colour negative films are known to be lower contrast than slide films. In the case of films like Superia 400, I found that Capture One’s default is too contrasty for my liking and that Film Extra Shadow gives a more pleasing look. 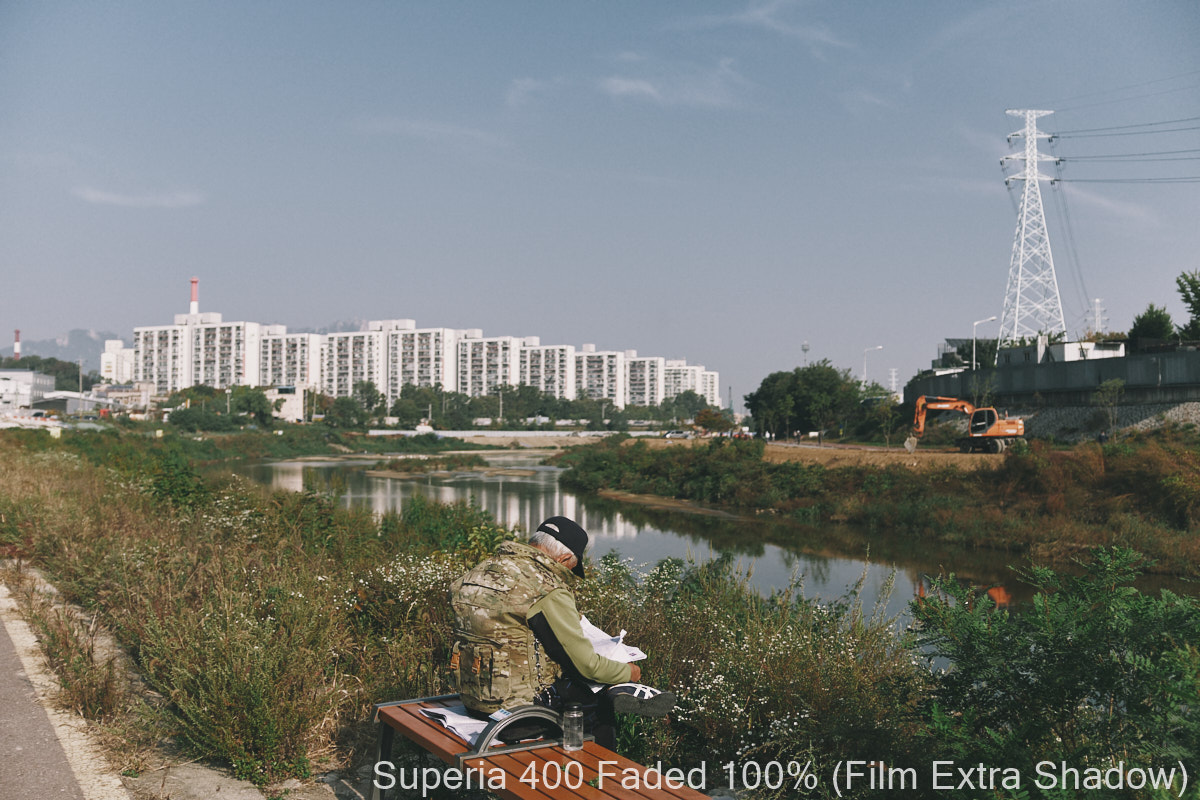 RNI has taken on a mammoth task here and done quite well in creating a lot of pleasing styles. While not everyone is going to make use of the sheer volume of options here, there are certainly useful styles for everyone. If you’d like to check out the pack, RNI offers a demo collection that can be test-driven before purchase. 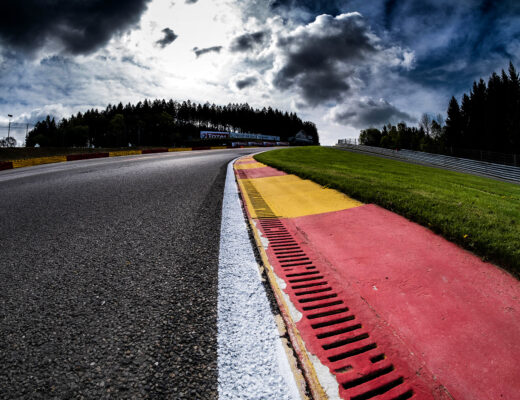 The Road Ahead for the X-T2 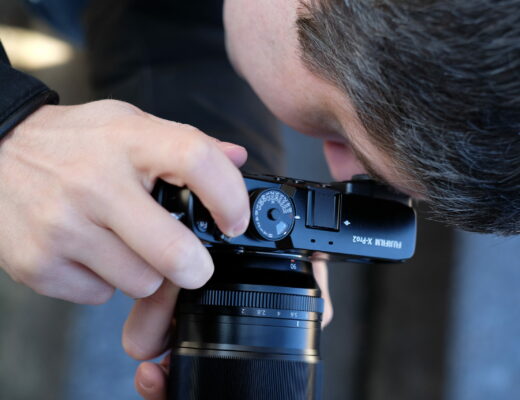 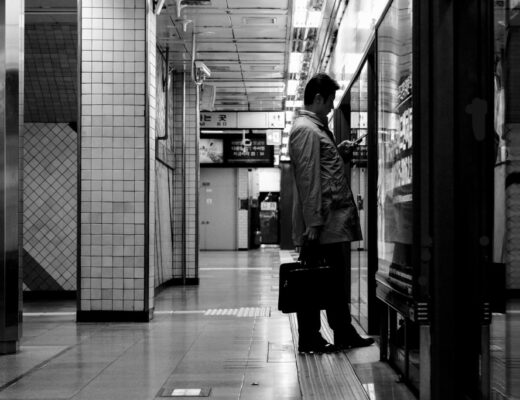