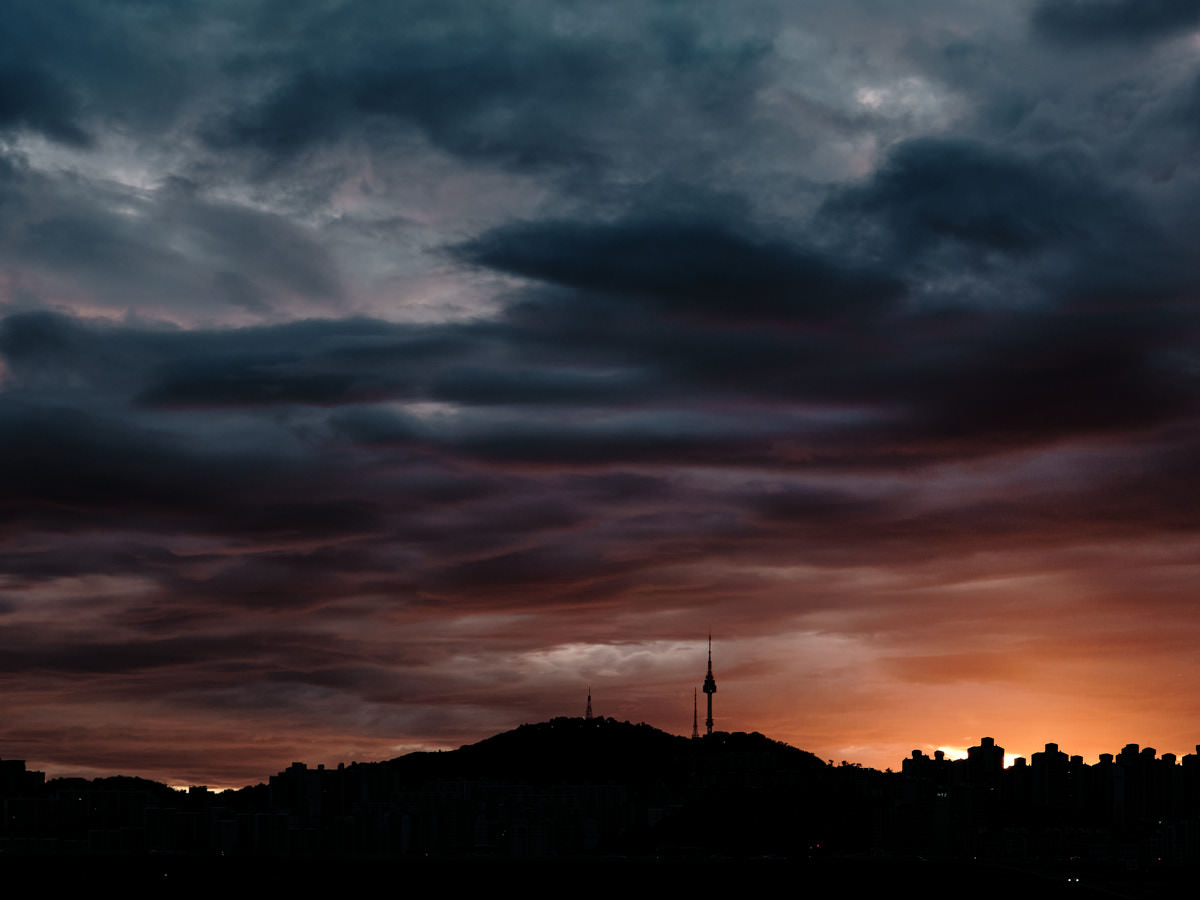 Every July or August here in Korea, we experience a couple of weeks of quite dramatic weather in the form of the summer monsoon. In recent years, the construction of dams, improved storm-water systems, and lesser rains than usual have meant that we haven’t seen any major effects from the monsoon in quite some time. This year, in true 2020 fashion, those systems were put to the test as we had one of the longest and wettest monsoons on record.

Korea’s response to the pandemic has been swift and efficient, as with most things in the country, and we haven’t seen quite so much human or economic loss as many parts of the world. However, as a freelance photographer, I have seen first-hand how business can simply halt overnight. Thankfully, things have started to pick up again in the second half of the year and we are again able to make the rent.

Although income and work have been uncertain and my wife and I have definitely considered other options for income, I feel lucky to have been given the time to photograph more of my adopted home. The monsoon usually coincides with some of my busiest weeks of the year and I haven’t had a chance to photograph it in many years. So, I took this opportunity to explore the city and photograph the rare dramatic skies that we have had. All of this, of course, has been done with a bag full of Fujifilm cameras. 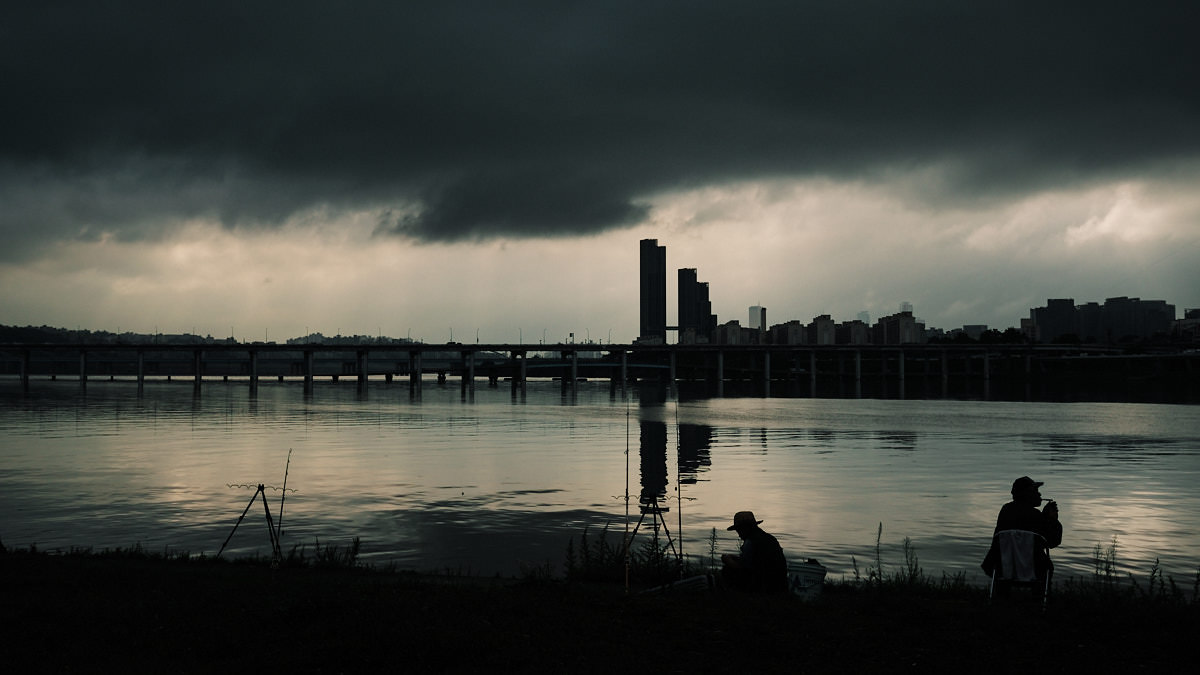 One of the main reasons I initially looked into Fujifilm cameras, like many people, was their size and weight. Since I was cycling around the city during breaks in the rain (and sometimes getting drenched in the process), size and weight became an important factor in this work. Having a small and light kit meant that even 3-4 hour rides with howling winds weren’t a problem at all. I could enjoy the scenery without any pain caused by my gear and pull over to make an image any time I wanted. The goal was to be making images, not worrying about my back as I rode along.

Mostly, I was riding with my Tenba Solstice 12L backpack. This great little bag has space for a small kit, some filters, snacks, and can hold a small tripod on either side. It also comes with a weather cover to keep things dry when the rain starts and stop mud flicking up onto the bag itself. For the most part, my kit was a mix between the X-T4 and 16-55mm f/2.8 (the fully weather-sealed nature of this kit gives peace-of-mind) and the X100F. At the top of the bag would be either my Haida M10 or M7 kit, depending on the lenses I had with me. On some occasions, I ended up taking out the GFX 50R and GF 45-100mm f/4 lens for the extra detail and tonality in certain scenes. 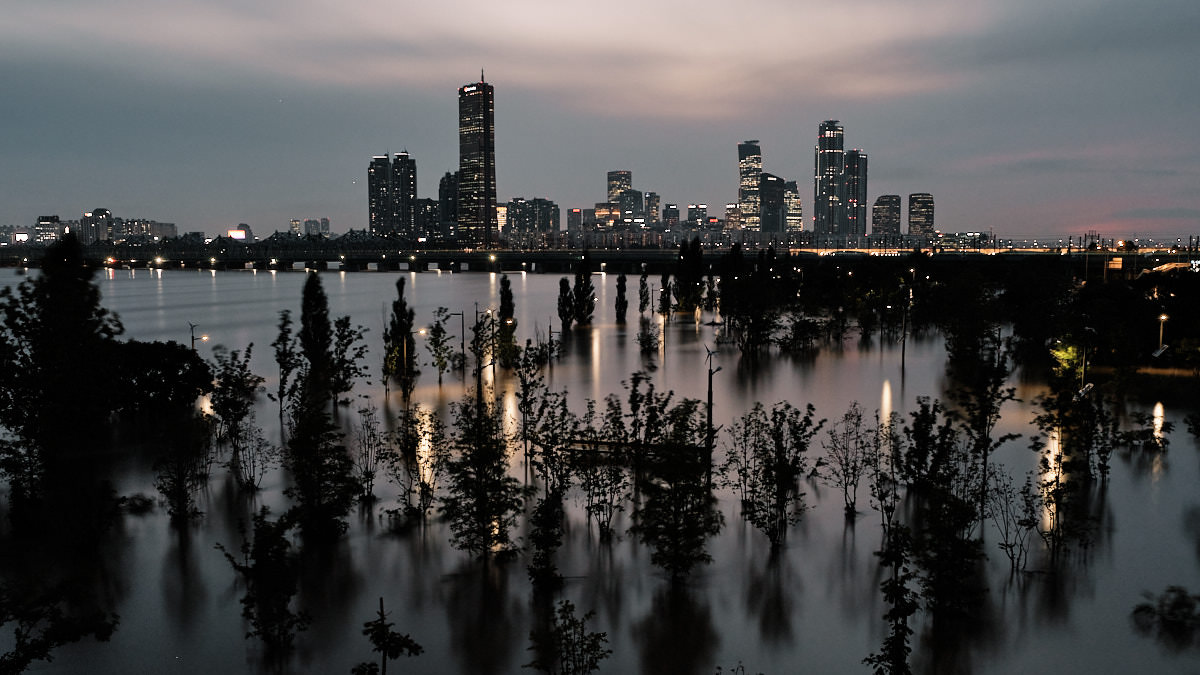 Throughout the series of photographs I planned to produce over the course of the monsoon, I wanted to maintain the dark and gloomy feel that the city has at this time of year. Amongst Fujifilm’s Film Simulation choices, there are a few that help to accentuate that mood. When describing this time of year, drab, desaturated, dark, and gloomy are the words I would use. Classic Chrome, Classic Negative, and Acros are film simulations that really bring out these ideas for me. Velvia or ProNeg Hi simply don’t evoke those feelings for me. So, I found myself working with these simulations in the field and then tweaking that base in Capture One when I returned home from shooting.

A good example of this in action is the following frame of Seoul Tower. By using Classic Chrome and the daylight white-balance preset, I was able to achieve the cool and moody scene I felt while I was there. Some additional contrast and colour helped to accentuate this in post-production.

I mentioned that we get dramatic skies at this time of year. 2020’s skies were really special. Rolling storm clouds and wispy fog were the norms for a few weeks. These storms are extremely violent and property and lives are lost every year. However, the other side to them is that they bring a beautiful look to the city that doesn’t happen at other times of year. This is the main reason I took my filter kit with me. I wanted to be able to use a graduated filter to bring down the exposure of these skies and also strong ND filters to allow for some streaky clouds when the scene called for it.

One such scene is this one. This view of eastern Seoul is from down on the Han River. The clouds were moving very quickly on this day and the wind was blowing hard. I wanted to express both of those things but the water was too choppy and distracting in the final image. So, I opted to use Haida’s ND 5.0 (17 stops!) to give myself an exposure long enough to completely remove that effect. On top of that, I used a graduated ND 0.9 to bring the sky exposure closer to that of the reflections in the water. I used my body to shield the tripod (Manfrotto Befree) and camera from the wind and get a sharp final image. 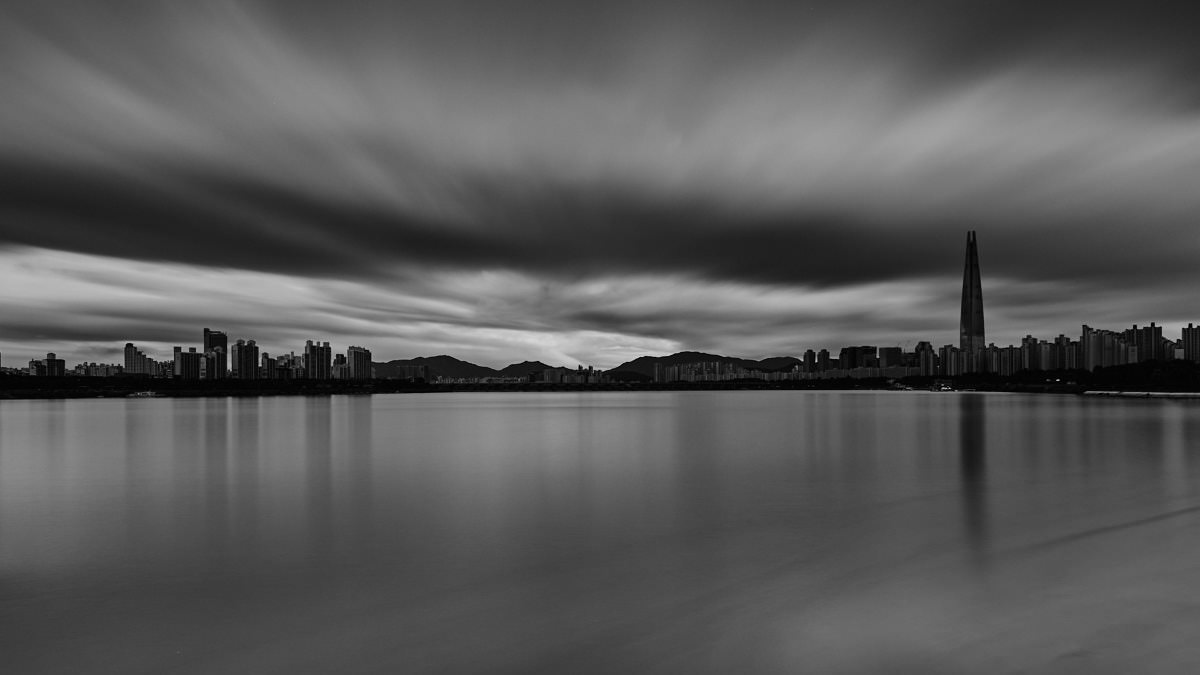 From time to time, I carried the GFX 50R and GF 45-100mm f/4 with me. While this doubled the weight of my kit, for certain scenes it was worth it. Nearby where I live, there are several mountains that find themselves shrouded in fog and mist at this time of year. Just before and after the rains, these can be beautifully atmospheric and I wanted to capture all the tonality in these scenes.

These mountains are very much still in the city. That means that human infrastructure is always a compositional hassle. By making use of the GFX 50R’s built-in 65:24 image ratio (would love to see this in X cameras, Fujifilm!), I was able to compose a frame that had just mountains and sky and didn’t suffer from being all about the sky like so many images from this time of year.

Finally, the staple in my bag, the X100F. This camera is so small and light that it doesn’t make sense to leave it at home. I could always find a place in my bag (or sometimes on my Peak Design Capture v3) for this little gem. It allowed for quick and easy capturing of street scenes or additional mood images as I took breaks on my rides. Honestly, this was the camera I made the most images with over this time. Its simplicity lends itself to such a wide variety of images. 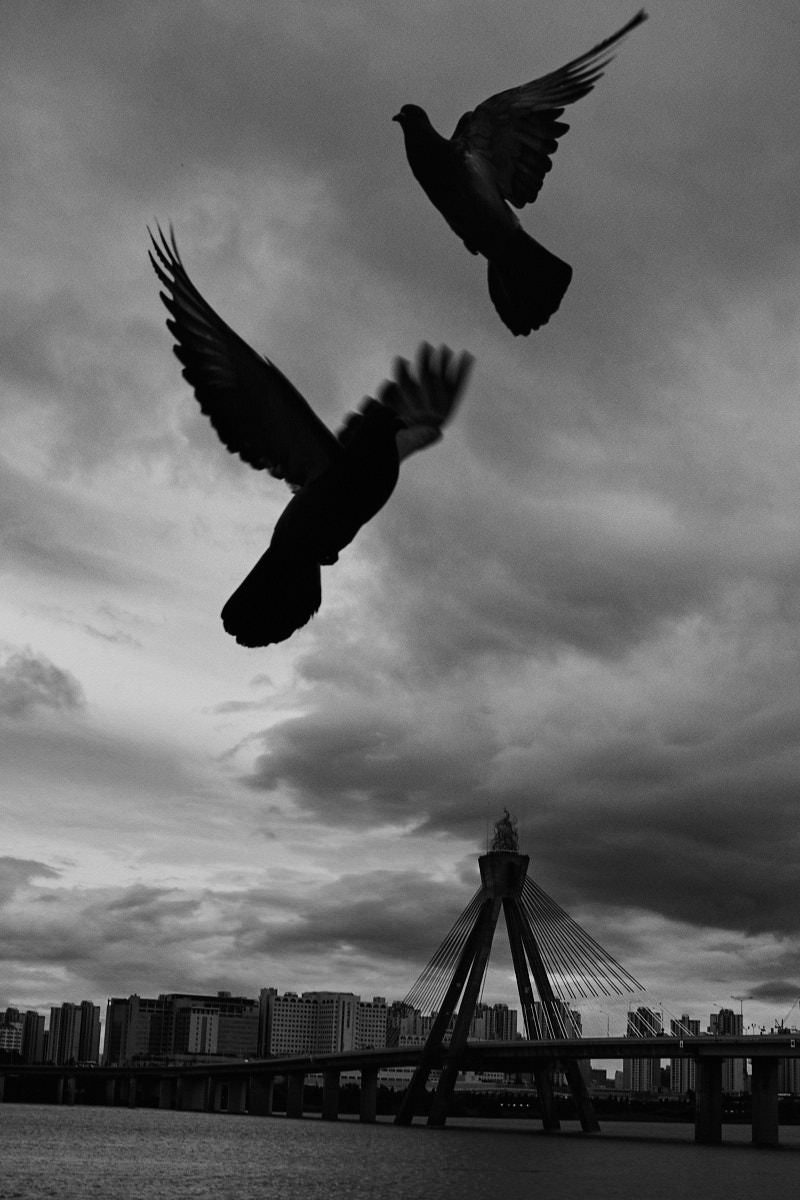 Weather Sealing is a big concern for many when it comes to inclement weather like this, but it is generally not something I worry about too much. At times when the rain got really heavy, I made sure to work with the X-T4 and 16-55mm f/2.8 combination rather than the X100F, for example. But that was about the limit of my concern. When working with the X100F, I had a microfibre cloth handy at all times and wiped off the water as often as I could. Even for the weather-sealed bodies and lenses, it pays to do this so water doesn’t get a chance to seep in around the seals.

All in all, the cameras performed marvelously and I was able to achieve my goals of capturing the drama of the monsoon season without a hitch. The lightweight nature of the kit meant I could keep moving and see the city from various angles. The film-simulations gave me an extra boost of inspiration in the field, as well. If you ever have a chance to visit Seoul, the monsoon can certainly be a great time to photograph a different side of the city.

To wrap up this set, I’ll leave you with one of the gorgeous post-storm sunsets we get from time to time during the monsoon. I hope you’ve enjoyed this set of images. 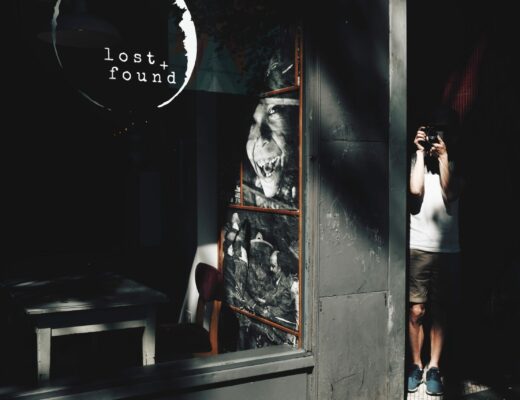 The Gift of Being Easily Amused: How to Become a Better Photographer 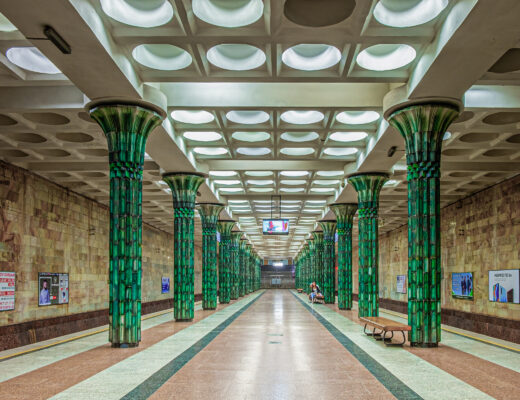 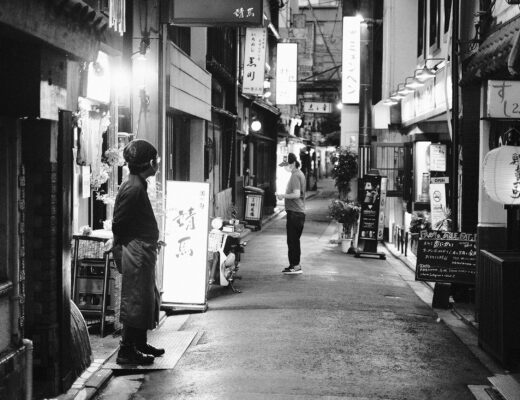 The Night Out After Kyoto’s Quarantine