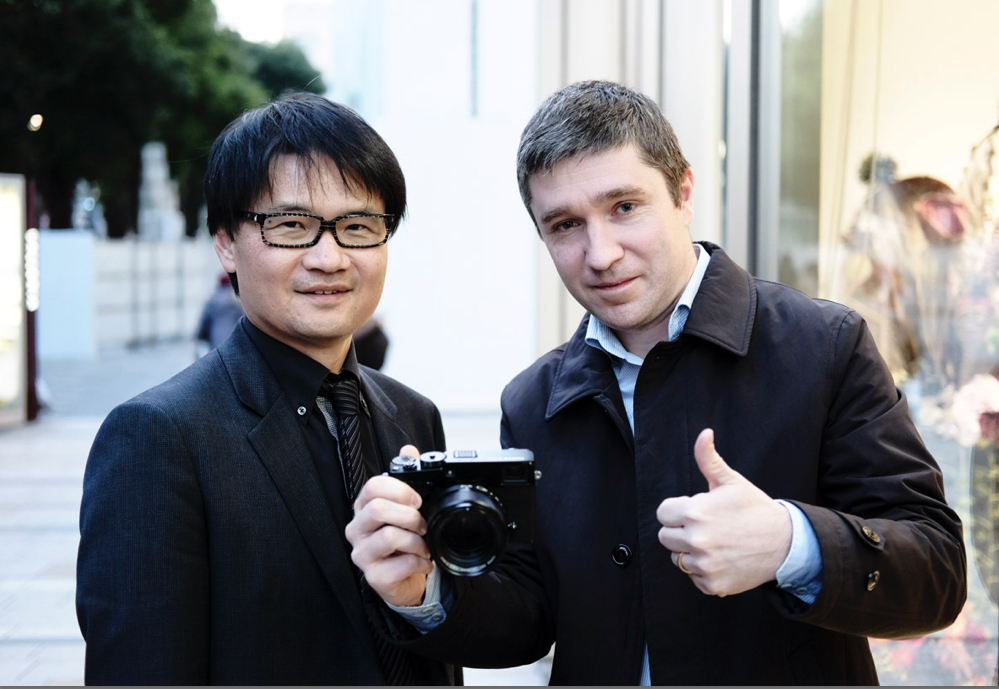 It was one day after Fujifilm announced their newest cameras (X-Pro2, X70, X-E2s) and the newest XF telephoto zoom lens (100-400mm) that I sat down together with Takashi Ueno (Fujifilm senior product planner) and Shusuke Kozaki (Fujifilm sales and marketing manager) in the Fujifilm headquarters offices in Midtown Tokyo and had a chance to ask them a couple of questions about their products and future plans.

TOMASH: Mr. Ueno, you are the senior product planner at Fujifilm. How many of the new features being incorporated into new Fujifilm cameras are actually your own, personal ideas? Is every single idea being thoroughly discussed or do you have a “free hand” when it comes to taking design and layout decisions?

TAKASHI UENO: When I was around 13 years old I started exploring photography myself. I have been a photography enthusiast for a very long time, so of course I am very familiar with the needs and problems of an average photographer. Yes, quite often I come up with my own ideas, but they will be always discussed with my colleagues and members of my development team.

TOMASH: Yesterday Fujifilm announced the X-Pro2. It is a successor of the X-Pro1 and it took you four years to release the next iteration of an X-Pro camera. On today’s camera market and in comparison to other camera brands, it is an unusually long period of time between two camera models within the same product line. Did you feel some pressure to release the X-Pro2 as soon as possible?

TAKASHI UENO: Honestly? Not really. X-Pro1 is still, even today, absolutely useful, very good camera. Its firmware has been updated several times during those four years, so its performance is still more than satisfying. During that time we also released some other cameras, like X-T1 or X-T10 and what’s even more important for us than a single camera model, is the entire X system.

SHUSUKE KOZAKI: We at the sales and marketing department have felt some pressure. Oh, yes 🙂 X-Pro1 customers were waiting for the successor model for some time and they got even more impatient after the launch of the X-T1. But Mr. Ueno believed, that we needed to add even more new functionality and features before launching the X-Pro2. Hence, it took quite a long time. TOMASH: Are you considering the X-Pro2 as your flagship camera?

TAKASHI UENO: No. X-Pro2 and X-T1 are two different beasts. X-Pro2 is a rangefinder style camera and the X-T1 is a DSLR-like camera. Two different cameras for two different kinds of users.

TOMASH: Fujifilm camera users really do appreciate that you are listening to what they have to say about your products and that you react to their wishes. How exactly are you collecting this valuable feedback?

SHUSUKE KOZAKI: Every three or four months we have an internal meeting  with some professional Fujifilm photographers from around the world. We sit together and ask them about their impressions after using our cameras for a longer while. We also meet the photographers at severals international photography events: exhibitions, trade shows like Photokina or PhotoPlus. We always try talking to photographers directly.

TOMASH: With the X-Pro2 you have reached the next big milestone on the X series road. What is your next goal when it comes to developing the X-series line?

TAKASHI UENO: Difficult question and you know that we can’t answer it openely! 🙂 We are definitely going to concentrate on further development of the APS-C sensor as the technology advances.

TOMASH: Is 24 megapixels count a level, which in your opinion should be satisfactory for most photographers or are you thinking about increasing it even further?

TAKASHI UENO: Everything depends on the progress of technology. Personally I don’t feel the need of increasing the pixel count. Especially when it affects the high ISO performance. If the technology gets better and it would be possible to keep the same high ISO performance at a higher megapixel count, nothing would speak against it. The time will tell. Resolution of the sensor is not the number one priority for us.

SHUSUKE KOZAKI: It is always a question of a good balance between resolution, signal-to-noise ratio and colour reproduction etc.. We are always trying to stay in this ideal, well balanced spot.

TOMASH: Many FujiLove readers keep asking why the X-Pro2 is more expensive than the X-T1. What are the main reasons for that?

TAKASHI UENO: There are several reasons for the higher price of the X-Pro2. One of the main reasons is the hybrid viewfinder, which is a very expensive part of this camera. Another one is the body construction and (surprisingly) the black semi-gloss paint used for the camera body. It is very expensive and coating with this paint is a very difficult process. And of course the new sensor. To be honest I find the X-Pro2 cheap!

TOMASH: Why did you decide not to add a flip LCD screen (just like on the X-T1) to the X-Pro2?

TAKASHI UENO: We know that a flip LCD is convenient. That is why X-T1 and X-T10 have it. But on the other hand, it makes a camera thicker and looks not simple. The feedback we have been collecting from X-Pro1 users since it’s launch includes both customers who want a flip LCD and those who don’t want it. We considered implementing a tilting LCD into X-Pro2, but we realized that it would make X-Pro2 thicker than X-Pro1. We wanted to design the X-Pro2 as simple as possible for street photographers and wanted to keep the body size as it is.

TOMASH: Are you looking into IBIS (in-body-image-stabilization) on future Fujifilm cameras? If not, why?

TAKASHI UENO: First of all, our XF mount is not compatible with IBIS. You may be thinking that our mount size is similar to competitors’ and why Fujifilm cannot do it. The answer is simple: for the sake of image quality. IBIS has both advantages and disadvantages. IBIS moves the sensor in the mount to stabilize the image. To secure the amount of light at any position, the diameter of mount must cover the wider image circle considering the margin of sensor movement. The diameter of our mount was designed for the image circle without IBIS. It means the amount of light at the corners is reduced when the sensor is shifted. We could correct it digitally, but we don’t want to do it: we don’t want to compromise our image quality.

TOMASH: Why didn’t you design a mount in a size, which would allow implementing the IBIS?

TAKASHI UENO: To cover the larger image circle, not only mount size (and body size), but also lens size must be bigger. We are pursuing the best balance of image quality, size and weight of both cameras and lenses, operability and performance. When we were deciding on the design of our mount, we decided to provide the best quality body and lens in comfortable small package as the best balance. And we don’t think this direction will be changed in the future. Our highest priority is always image quality. We hope you agree!

TOMASH: Are you working on a new organic sensor?

SHUSUKE KOZAKI: We don’t have any specific plans of incorporating an organic sensor into our products at the moment, but yes we are observing the progress of this technology.

TAKASHI UENO: As of today, there would be no benefits to using an organic sensor. Our X-Trans III sensor is superior to the currently available organic sensor.

TOMASH: There is a group of Fujifilm X100 series users, who would warmly welcome a 35mm (50mm equivalent) lens built into one of the next models within this line. Is it something you are considering doing?

TAKASHI UENO: I like the 50mm field of view very much!

SHUSUKE KOZAKI: We are discussing introducing different lenses into the X100 series on a regular basis. We have discussed 35mm and 18mm (which is now built into the X70), but at the moment there is no such a change scheduled for production in the nearest future. TOMASH: After seeing the X10, X20 and X30 cameras, you have just announced the X70. What happened to the models in between?! 🙂

SHUSUKE KOZAKI: We have always been receiving some very positive feedback from our X10, X20 and X30 users. We keep X30 in our X series line-up after X70 launch. The X70 is a completely different concept. It is a camera with a big APS-C sensor and a fixed focal length prime lens. It is more similar to the X100 cameras than to the X30. But we will still keep looking into the smaller size compact series. That’s why we left some numbers in between in case we may need them in the future 🙂

TAKASHI UENO: Yes, quite much. I like making portraits and some snap shot photography.

TOMASH: Would you be willing to share your recent three favourite photographs with FujiLove readers?

TAKASHI UENO: Sure! Here are three of my recent photos I was quite happy with 🙂 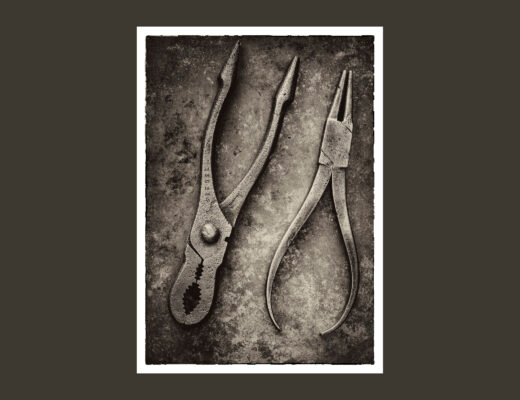 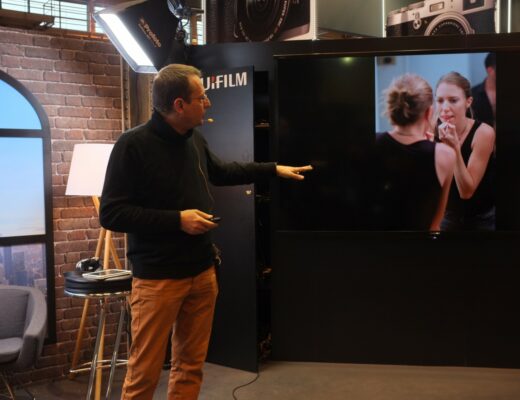 Interview with the X-Photographer Fred Boehli 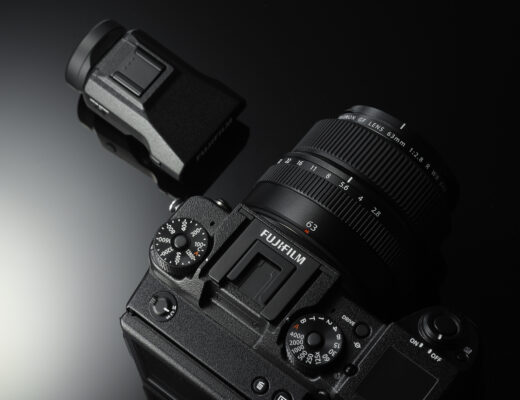