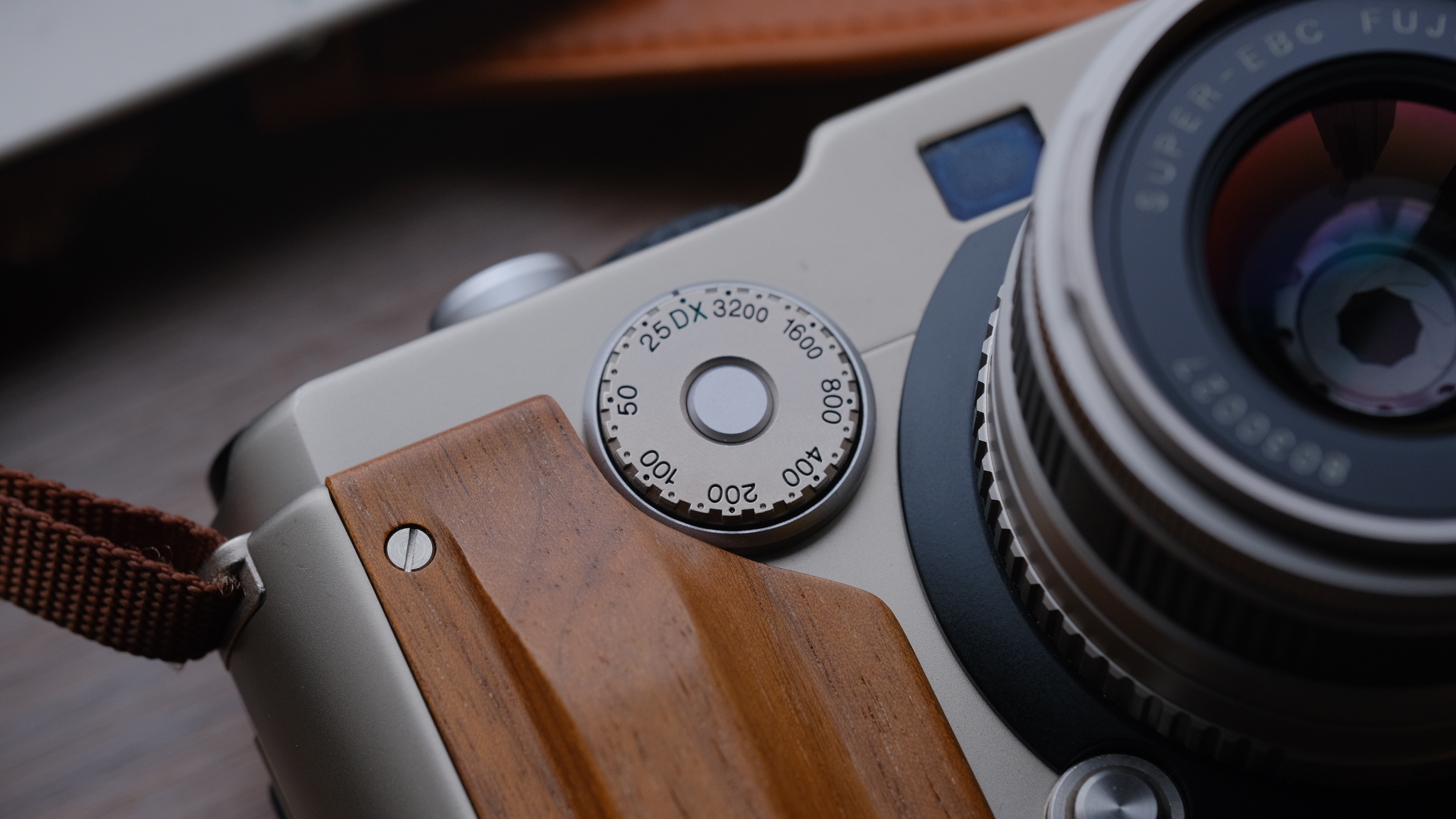 About two and a half years ago, I wrote an article for FujiLove discussing the use of Fujifilm cameras for technology journalism. In that article, I described how Fujifilm cameras helped me do my job better, and maybe more importantly, made me fall in love with photography as a whole. Between the fully manual camera style, the old-school feel, and the variety of affordable, quality prime lenses, I credit Fujifilm for not only learning how to take photos, but for my passion for photography altogether.

But as with any hobby, it’s easy to fall into ruts. I used to go shoot for fun just as much as I shot for work. But over time, I started to get burnt out, and the allure of going out “just to take pictures” started to fade. That is, until I found the Fujifilm TX-1. 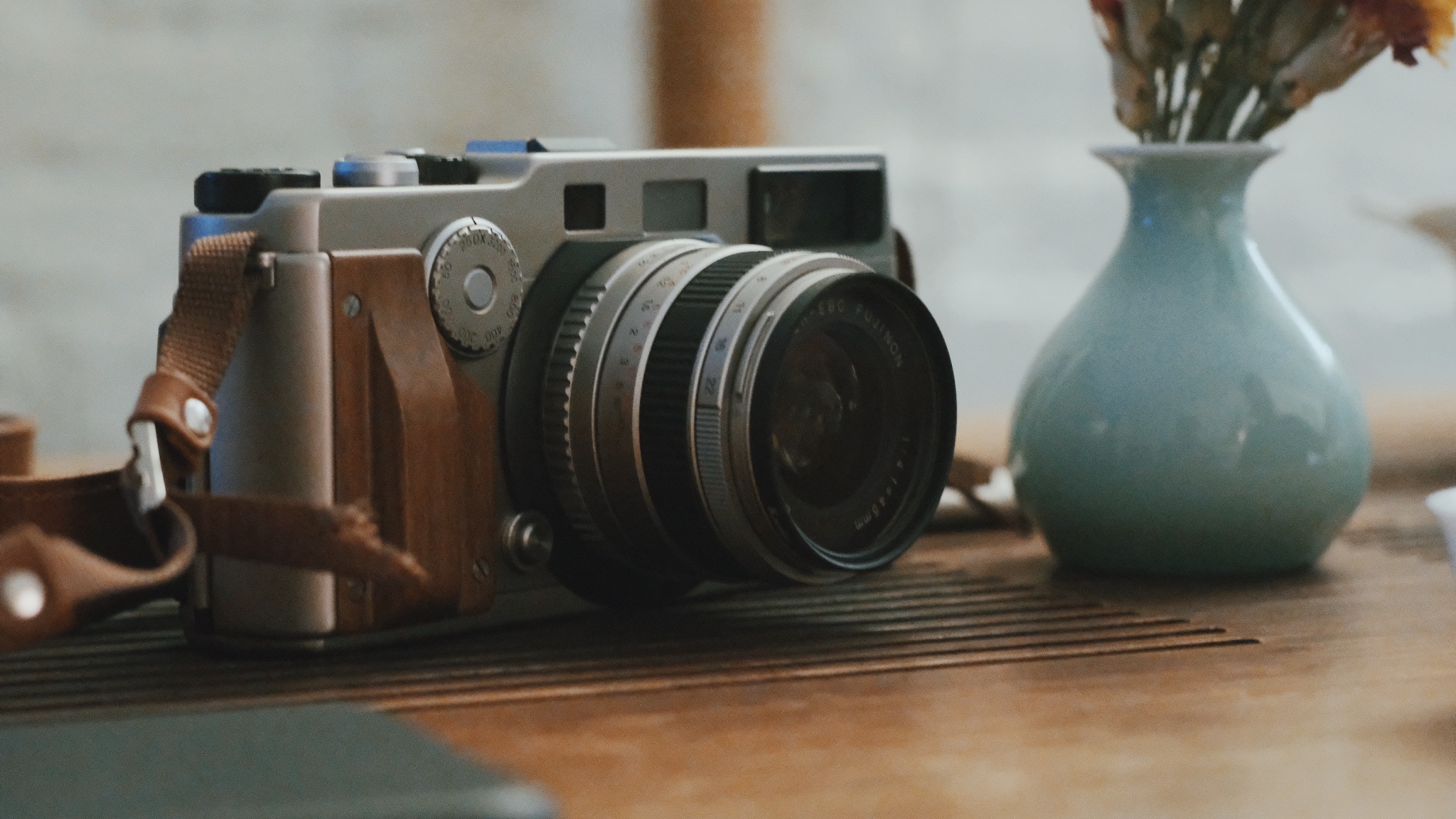 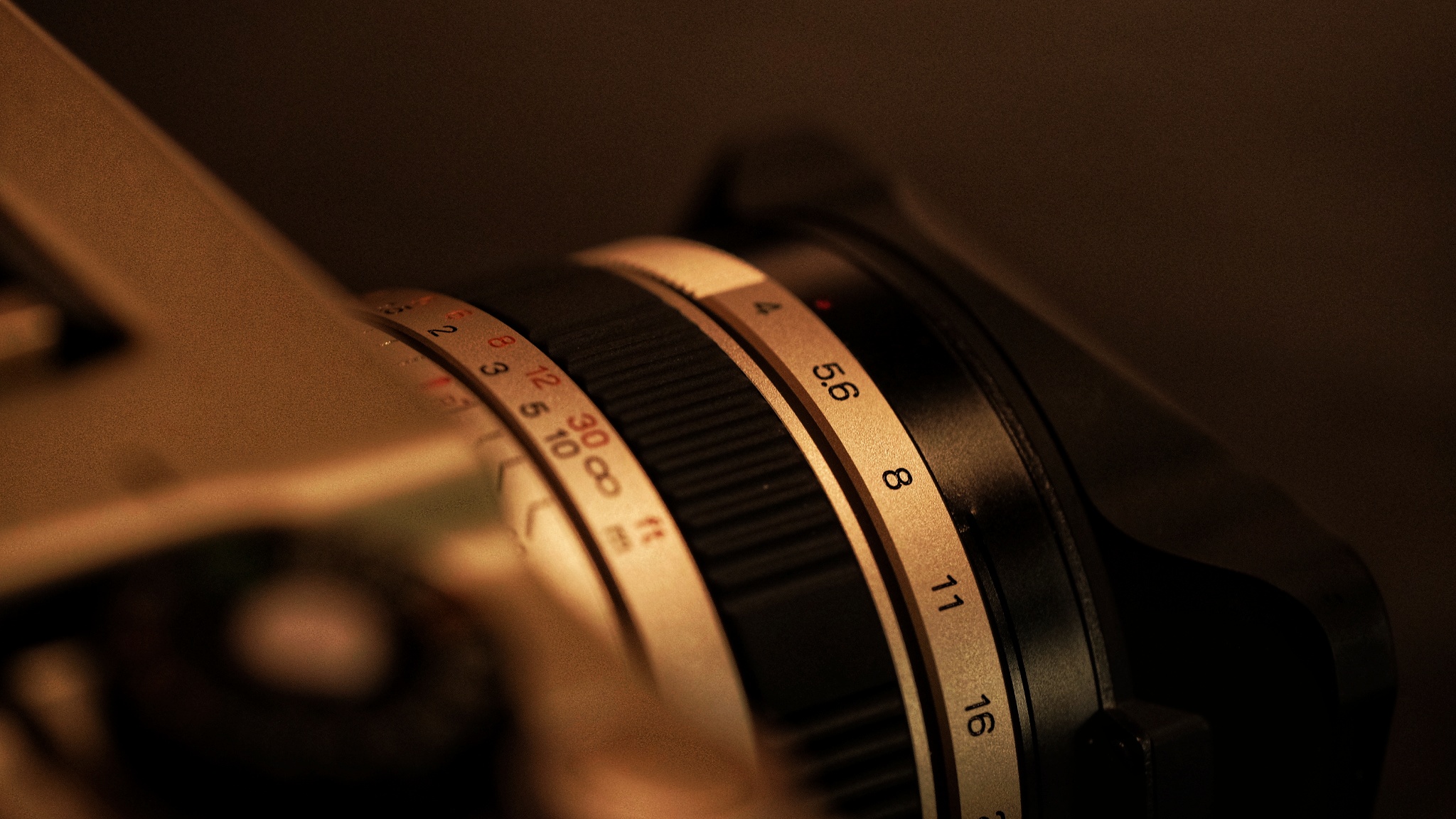 In June 2019, Jonas Rask published a love note to the Fujifilm TX-1 in the form of a blog post. After reading that post countless times over the course of multiple coffee shop trips, I knew I had to have one. This looked like the most beautiful camera ever created, and the 65×24 aspect ratio changed the way I looked at photos. Plus, I’d always had a minor interest in film photography. But Jonas’ blog post accelerated that interest exponentially. 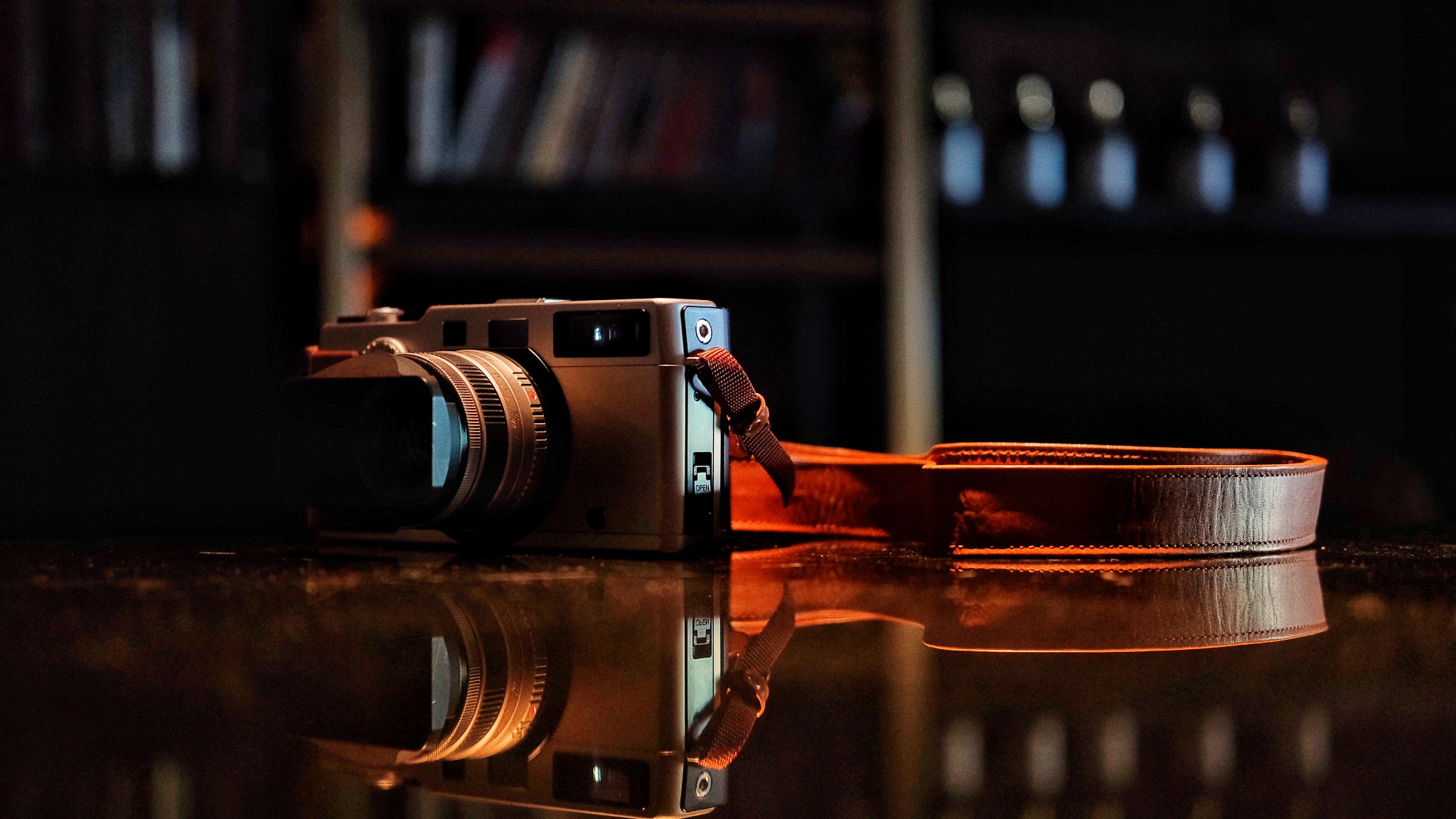 In December of 2019, I was in Hong Kong for work. I had a couple of weeks before my next assignment, so I figured what the hell, and popped over to Tokyo. Japan was the first place I travelled outside of California, and I’ve been there every year since 2016. That will probably change this year due to our worldly circumstances, but the point is, Japan holds a very special place in my heart. 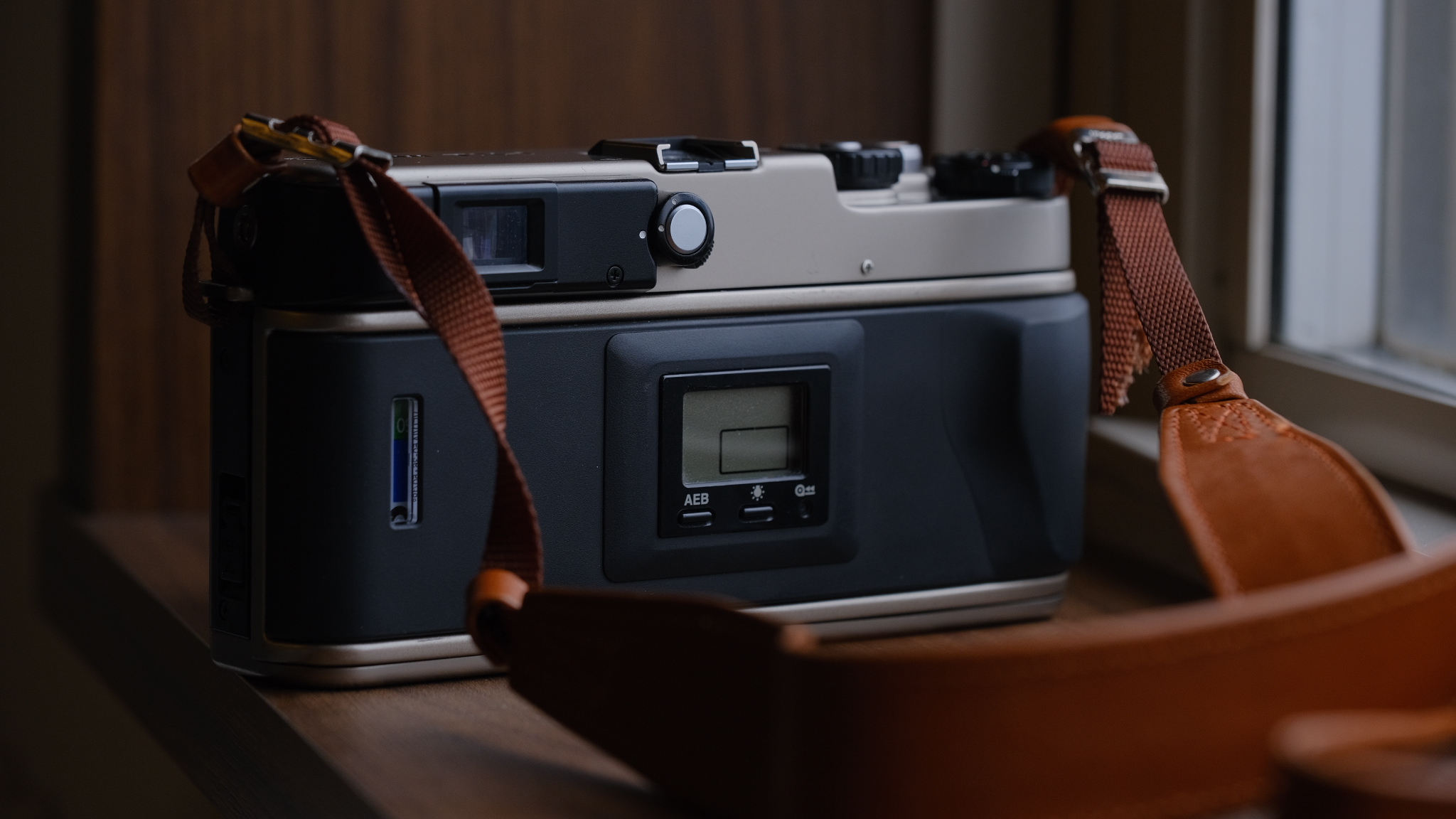 While I was there, I did a little research into used camera markets. I ended up in Harajuku, a small shopping district close to the center of the city. There, I found what I still consider the coolest film camera store I’ve ever been to, aptly named Film Camera Tokyo. While I was there, I don’t think I quite grasped the breadth of film camera selection that the store offers. If you’re ever in the area, it would be a crime not to check it out. 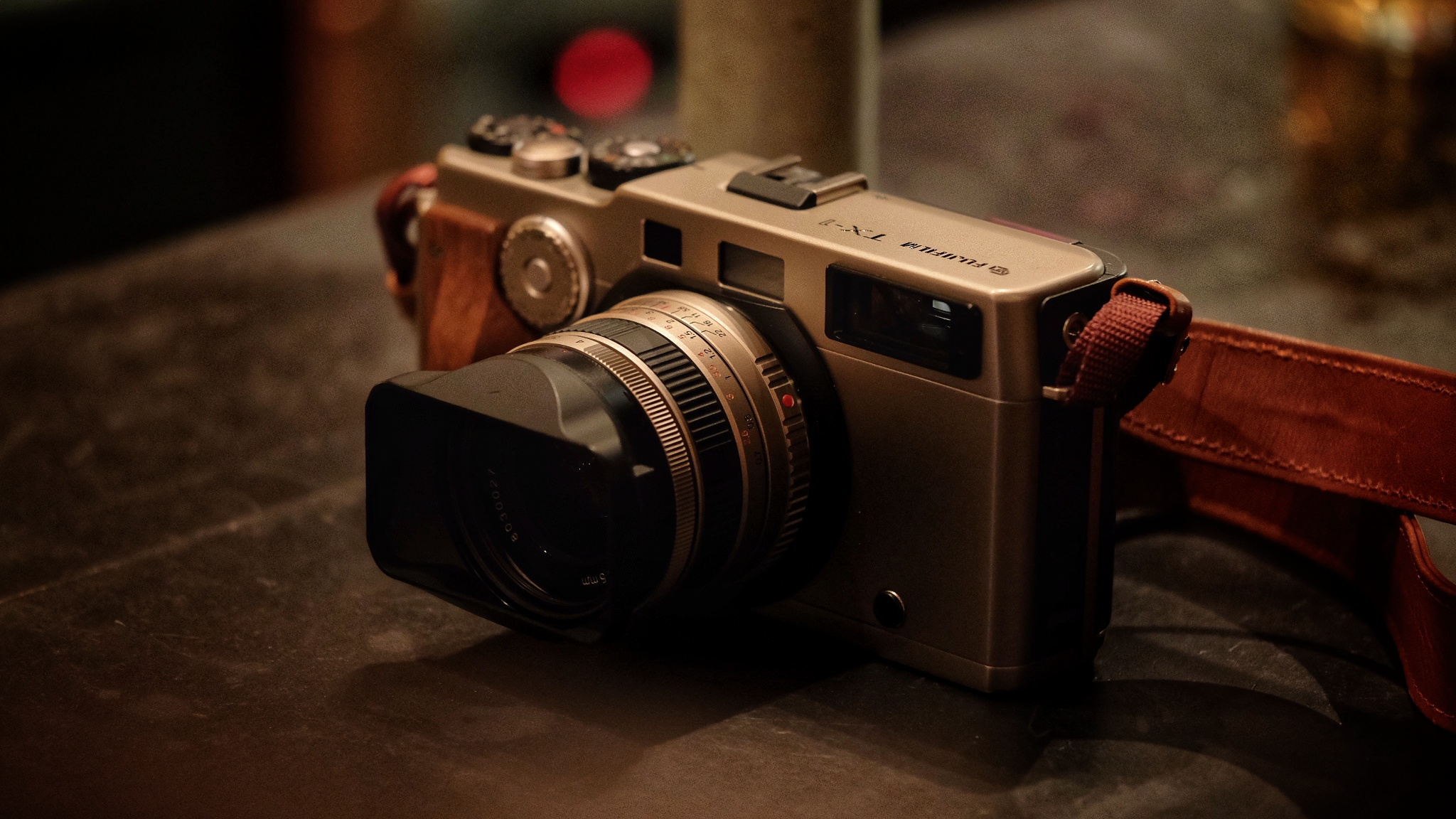 The store had everything. Pentax 67’s, Hasselblad 500C/M’s, Mamiya 7’s, and a literal wall of Contax T2’s. But most importantly for me, and for the sake of this story, they had Fujifilm TX-1’s. There were a number of them in the glass case, but there was a special case to the side that had something I hadn’t seen before: A special edition TX-1 with a hard case, 90mm and 45mm lens. The special edition set originally came with the 30mm f/5.6 lens and diopter as well, but that thing is so rare that Film Camera Tokyo sold it separately. I can’t say I blame them. 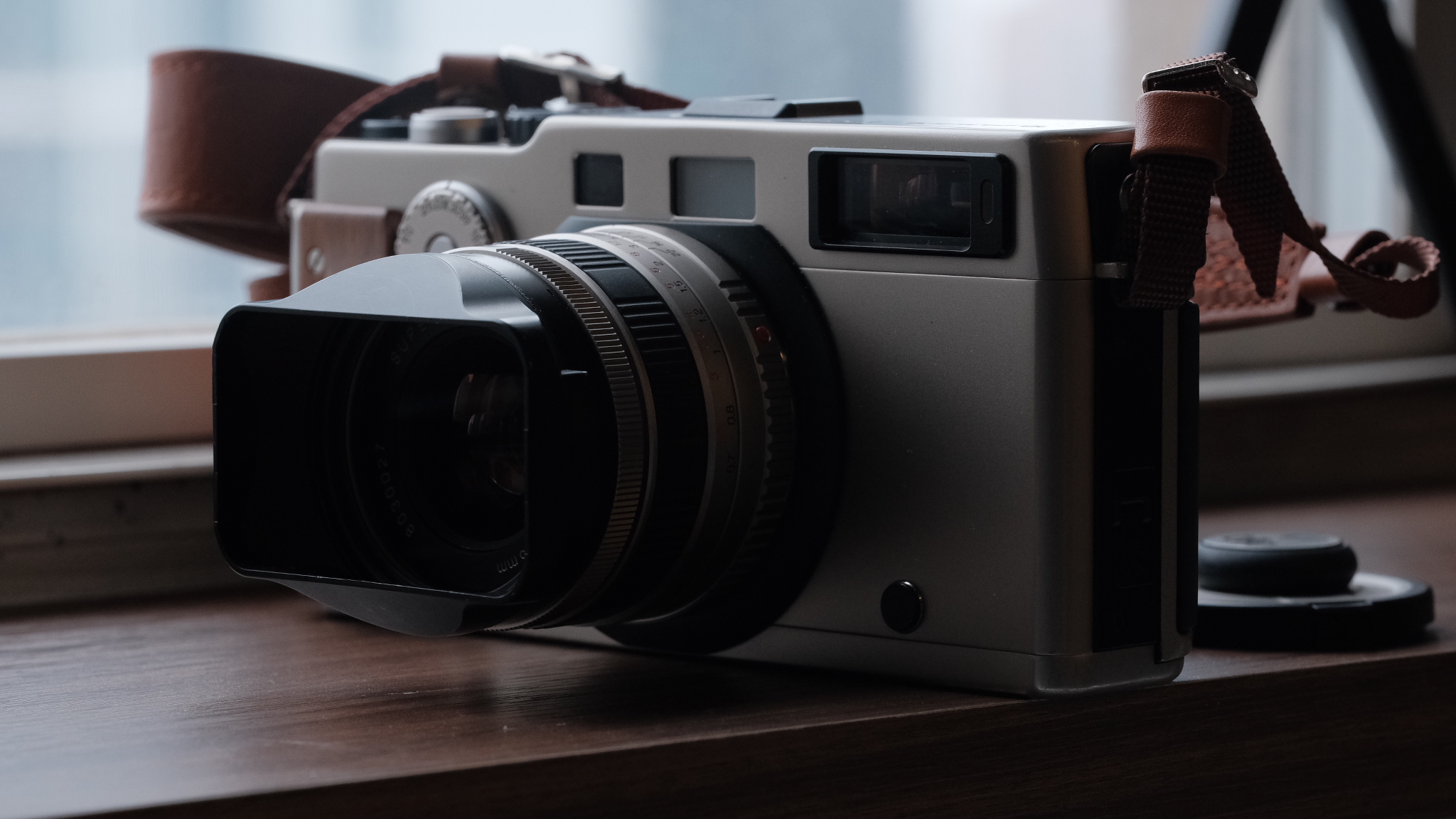 I went back and forth about which set to get, but I wanted that 90mm, so I figured what the hell, I’m getting the special edition. It cost me a pretty penny (about $4,000 USD), but by every degree imaginable, it was worth it. Fun fact, the special edition also came with a rare leather strap which I didn’t realize was rare until Jonas Rask himself told me so. Funny how they works out. 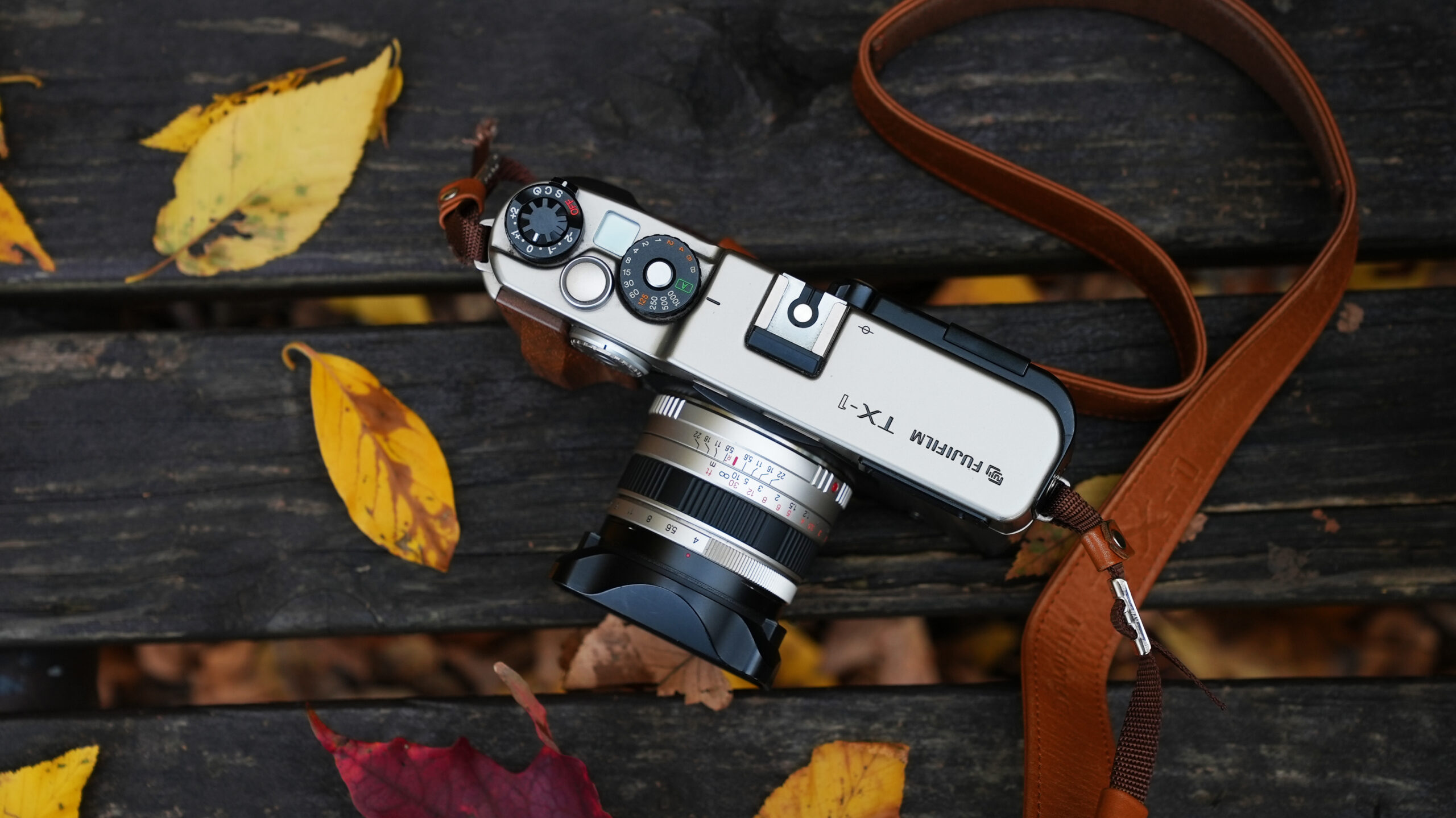 From there, I pretty much immediately headed up to Nikko, Japan to check out the mountain range, and in my first roll of Fuji Superia 400, I took one of my favorite photos of all time. I liked it so much, I actually got it printed on glass. It’s the only piece of art I own.

For the unaware, the Fujifilm TX-1 is a Panoramic 35mm rangefinder camera. That means you can shoot in a 65×24 aspect ratio, with the height of 35mm film but the width of larger format film. You get a lot more exposed film in this mode than you do from a regular 35mm camera, and maybe more interestingly, that 65×24 aspect ratio creates some extremely interesting images. This makes it especially great for landscapes, but you can take some interesting shots with it in almost any circumstance.

That being said, shooting 65×24 won’t magically make your photos look better. In fact, I’ve taken plenty of photos that I’ve simply cropped, since the super-wide aspect ratio was a bit of a waste of space. But when it hits, my god how it hits.

The Fujifilm TX-1 only has 3 lenses. There’s a 45mm f/4, a 90mm f/4, and that super-rare 30mm f/5.6 I mentioned earlier. You can often get vignetting when shooting with this camera in panoramic mode, and there’s a filter that you can buy which darkens the center of the image to match the exposure of the edges for these circumstances. I don’t have the filter myself, because I kind of like the look this gives, like in this example here, where the vignetting on the 45mm actually brought out more sky detail.

The body of the camera is fairly simple, crafted out of solid titanium which gives it a light copper color. Fun fact, multiple Fujifilm cameras such as the Fuji GA645 come in this color. I love it.

There’s a shutter speed dial, exposure compensation dial, a shutter button on top, and a film speed dial on the front. Otherwise, you’ve only got the viewfinder and built-in light meter window.

There’s a grip on the front of the camera which makes it easier to hold, and it comes in two materials. You can get the camera with a wood grip, giving it a unique look since the grain is different on a per-unit basis, or you can get a black leather grip. Both look pretty amazing on the camera, but I’m happy that I got the wood grip. I think it looks fantastic.

They say the camera you use doesn’t matter, and the photographer is the most important thing for a photo. I agree to a large extent, but also, enjoying your camera is a huge part of feeling inspired enough to actually go out and shoot. The digital Fuji XT-2 is the camera that made me fall in love with photography in the first place, because I actually enjoyed shooting with it due to its fully manual retro feel. I think the Fujifilm TX-1 is the most beautiful camera created, and by god does it inspire me to go out and shoot. I fully understand the appeal of bigger formats (6×7 in particular) and I now own a couple of other cameras in larger formats. But while the Fuji TX-1 doesn’t technically resolve as much detail as some other film formats, it has made 99-percent of my favorite images.

Of course, I could easily wax poetic about why film photography just hits differently. It forces you to be in the moment, you focus more on composition, and you’re not constantly chimping while shooting – a consideration that went into Fujifilm’s creation of the X-Pro 3. I fully believe film photography helps you enjoy the moment more. And as a technology journalist, I need as much of the real world as I can get.

I think my favorite part about film photography though, is the delayed rush of dopamine you get when developing and scanning your photos. I’ve always had a hard time recording my life, which is why I never became a vlogger. I always want to be in the moment and would always forget to record anything. And film lets me do that, while also getting smashed in the face with memories when I develop images days, or sometimes weeks later.

While I’ve collected a few different film cameras over the last year almost strictly because of fascination with their designs, I still use my Fujifilm TX-1 the most. It’s the most enjoyable camera I’ve ever used, and I can attribute my love of film photography to it, directly. Because of this, I can say Fujifilm kicked off both my love of photography in general, and more specifically, film photography in the last year. And for that I’m forever grateful. 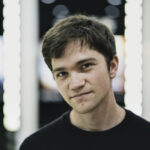 David Imel is a reporter based in Brooklyn, New York. He primarily produces written, photo, and video content for AndroidAuthority.com, but spends his free time taking photos – more recently with film. 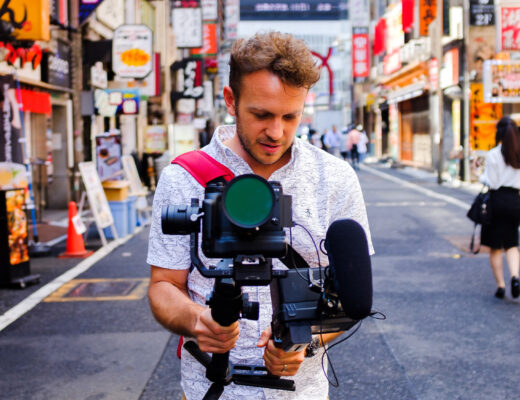 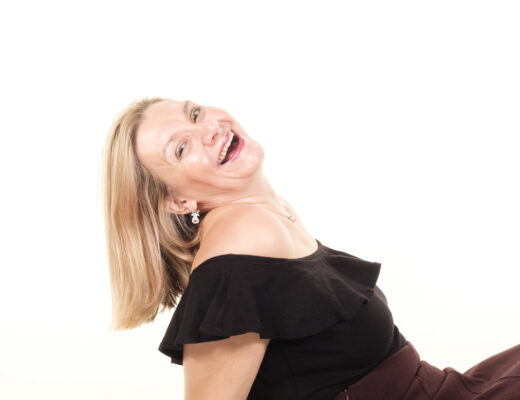 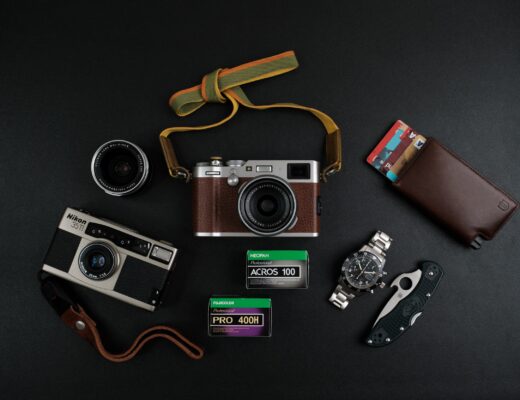