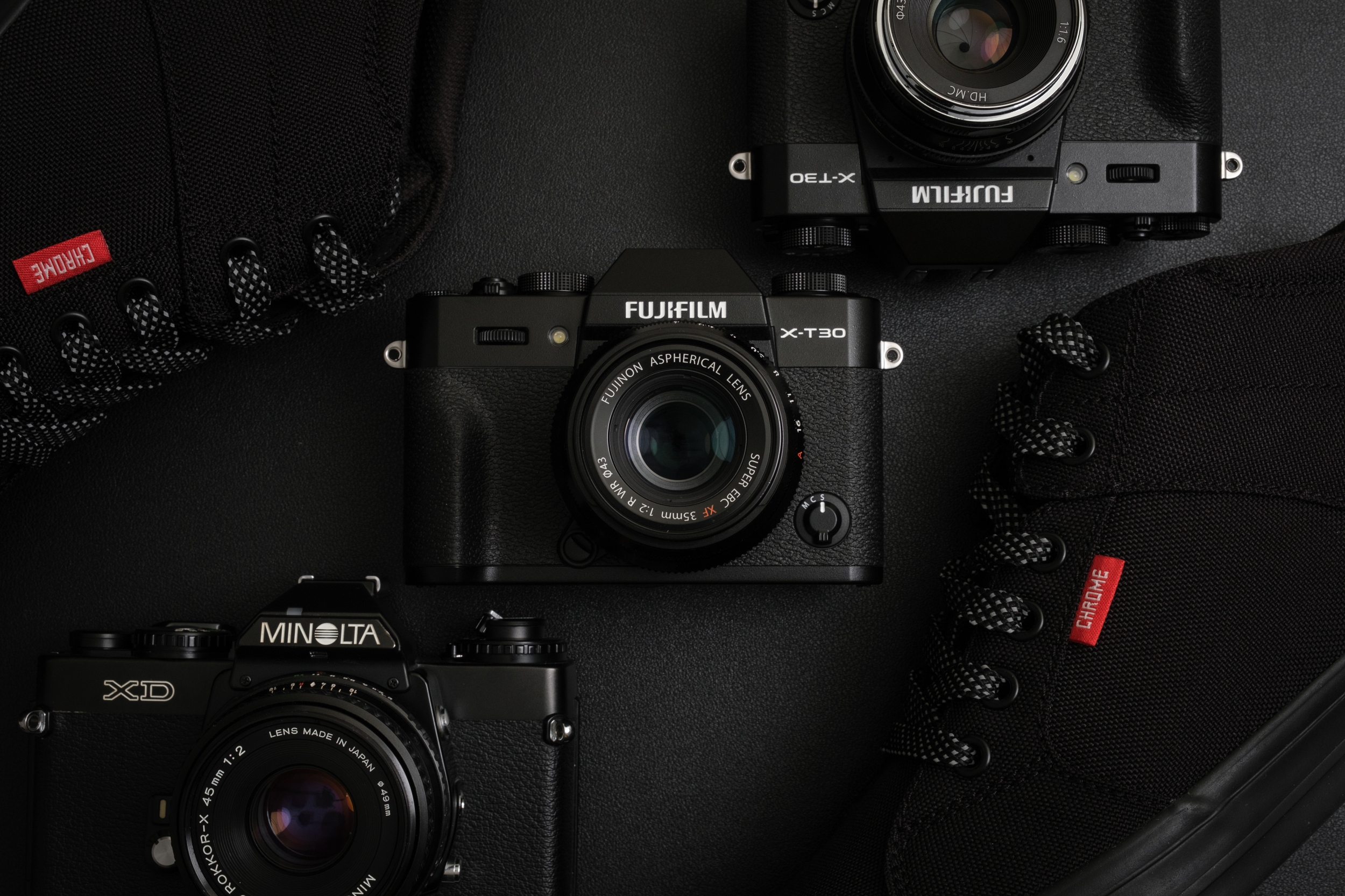 Fujifilm has recently announced the latest X-Series body, the X-T30 II. This ‘new’ camera is an unusual release for Fujifilm as it’s just an incremental update of the original X-T30 launched back in February of 2019. Let’s look at the differences between the X-T30 II and X-T30 and see if it is a worthwhile upgrade or a good alternative to the current X-S10 or X-E4.

I have always appreciated the X-T10, X-T20, and X-T30 as a good compact backup for professional work. It’s the little brother to the professional X-Tx series cameras. The X-T30 is basically a miniature version of the X-T3 with the same sensor and processor, but with a smaller body and fewer pro features (no dual card slot, no weather-sealing, smaller EVF, less I/O and fewer dials, etc.). In fact, when the X-T30 was first released, the autofocus was better than the X-T3 until it got the same firmware update a few months later. Since then, Fujifilm has released the X-Pro3, X100V, X-T4, X-S10 and the X-E4. With each new camera, the engineers improved performance and added new features, even though they all share the same sensor and processor. After a few years, the firmware on the X-T3 and X-T30 felt dated and it was time for an update. 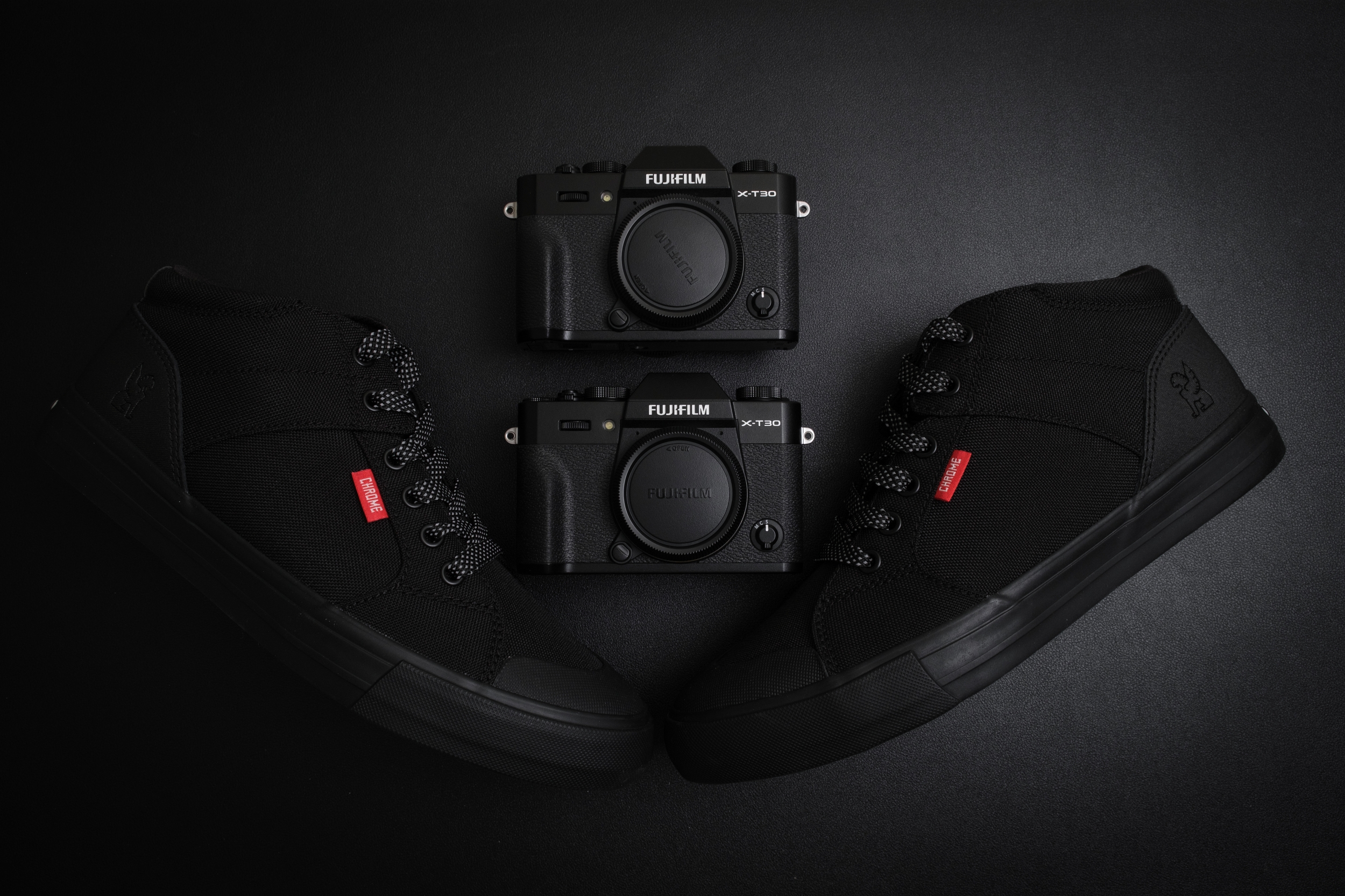 Instead of offering a firmware update, Fujifilm decided to reduce the price of the X-T3 and created the X-T30 II. The biggest change between the X-T30 and X-T30 II is in the firmware but there are some hardware differences – just enough to label it a Mark II update. Let’s go over the hardware updates-changes on the X-T30 II:

These are the only hardware changes on the new X-T30 II, which involves the removal of the AC power adapter! Nothing too exciting here. However, the big changes are on the inside with the firmware update. Let’s go over the major updates: 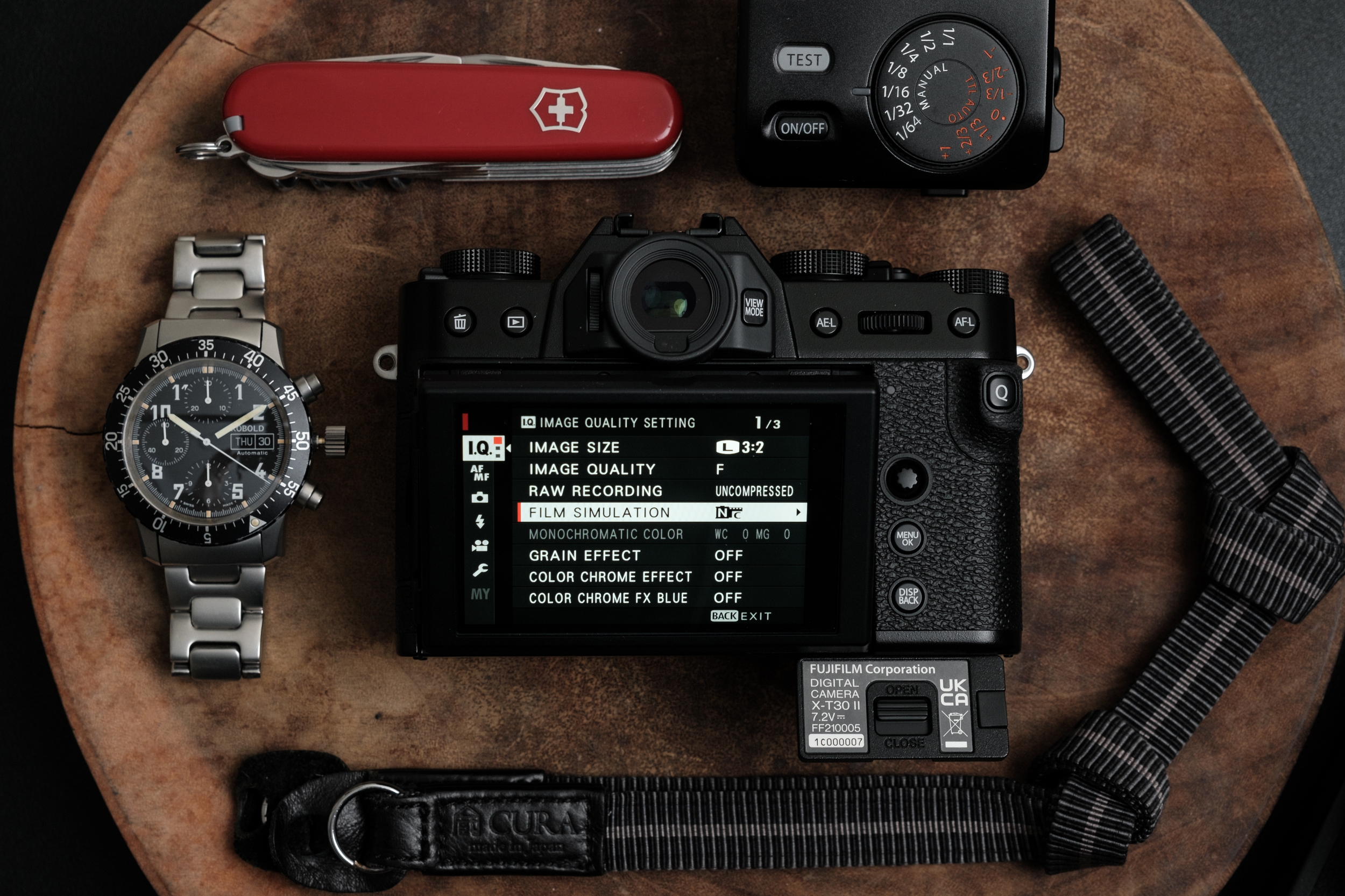 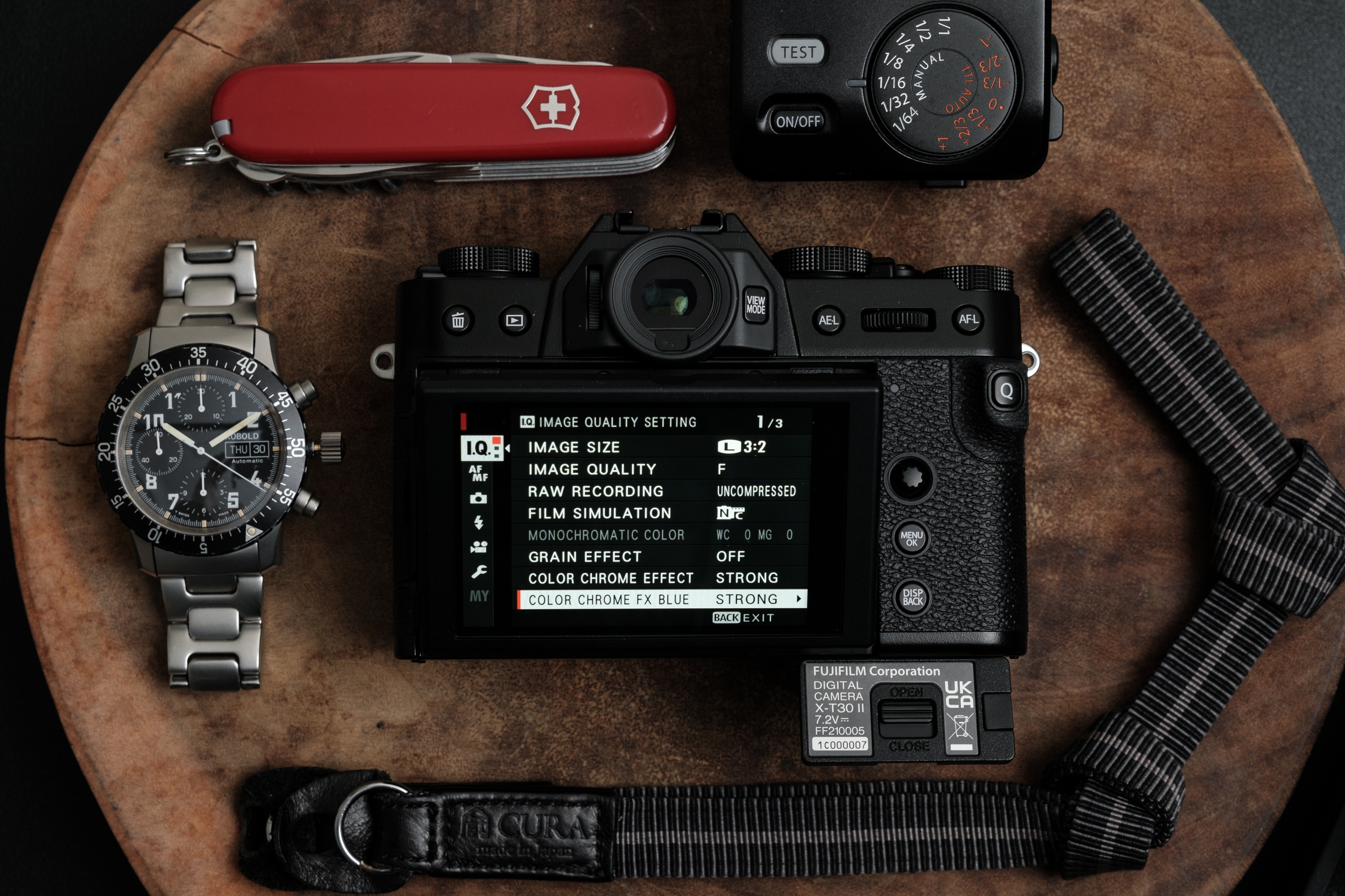 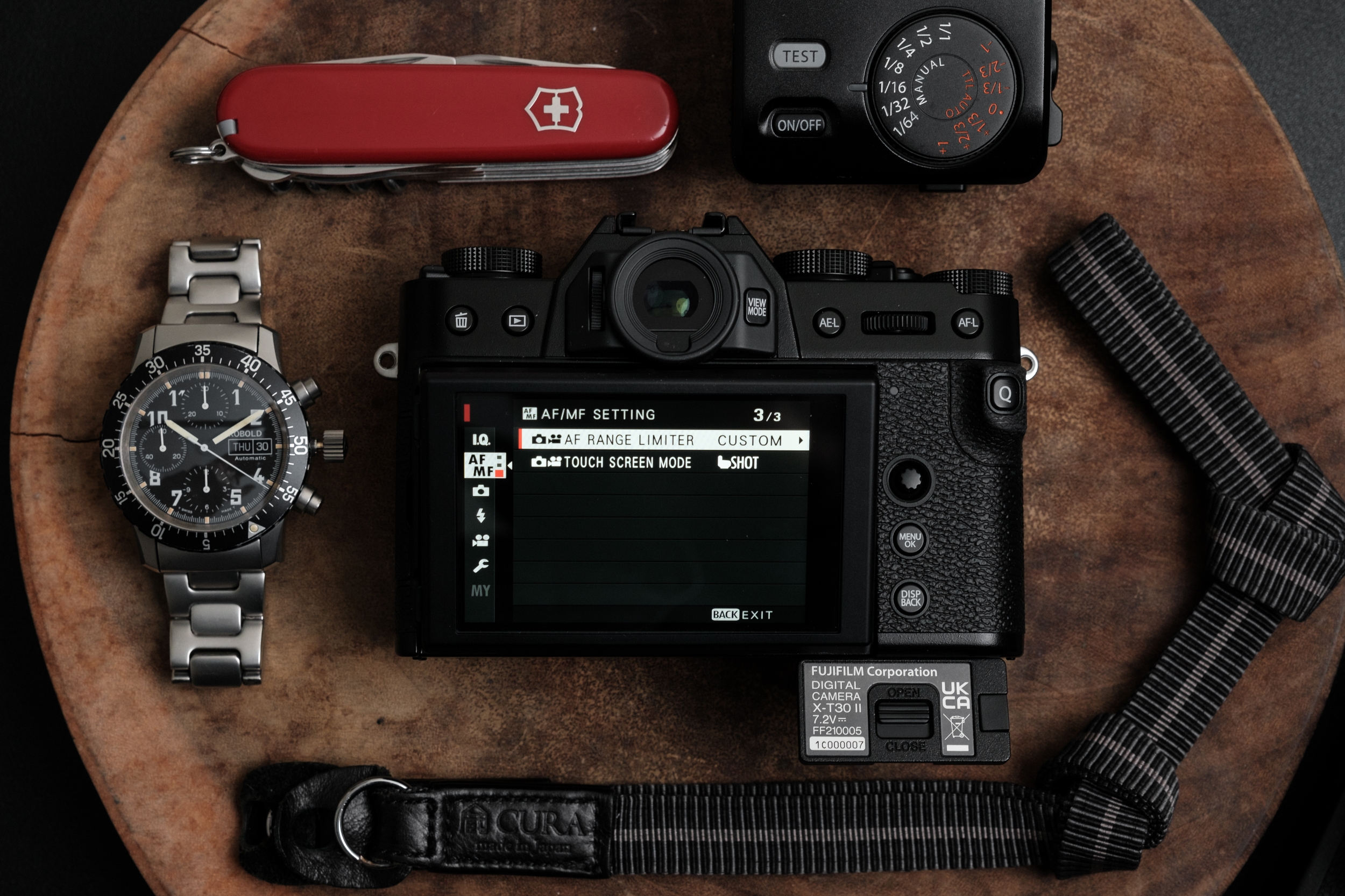 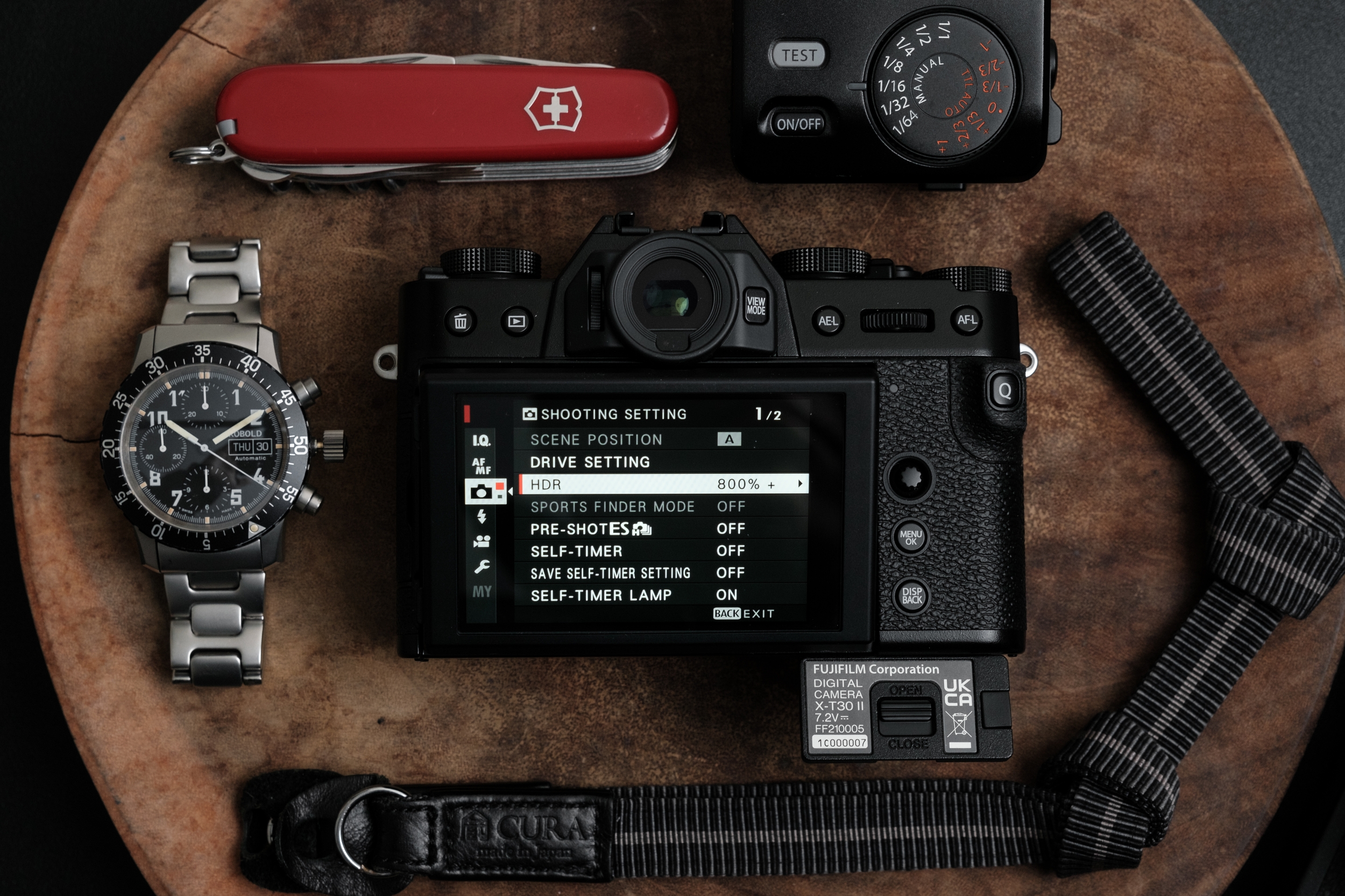 As we can see, the biggest improvement with the new X-T30 II is in the firmware. To be fair, this firmware is the same that’s already in the X-S10 and X-E4, and this is where the X-T30’s firmware should have been if Fujifilm decided to offer a Kaizen update. Nevertheless, this breathes new life to the X-T30 series camera, keeping up with the newest releases from Fujifilm, including having Classic Neg film simulation. In terms of pricing, it’s the same price as the previous X-T30 at $899 USD. This price falls nicely in between the X-E4 at $849 and the X-S10 at $999.

If you want a prosumer body that has a classic SLR design and ergonomics, including a pop-up flash, the X-T30 II is a good option. If you want a more compact body with a rangefinder-style silhouette, the X-E4 is a good alternative. If you want a larger grip and IBIS (In-body Image Stabilization)  the X-S10 is a great compact body as well. None of these three have weather-sealing or dual card slots, as these camera bodies are marketed towards the prosumer market. However, since they share the same sensor, processor, and firmware as the professional bodies (except the X-T3), these three can easily be used as backup cameras, or as a main compact ILC. 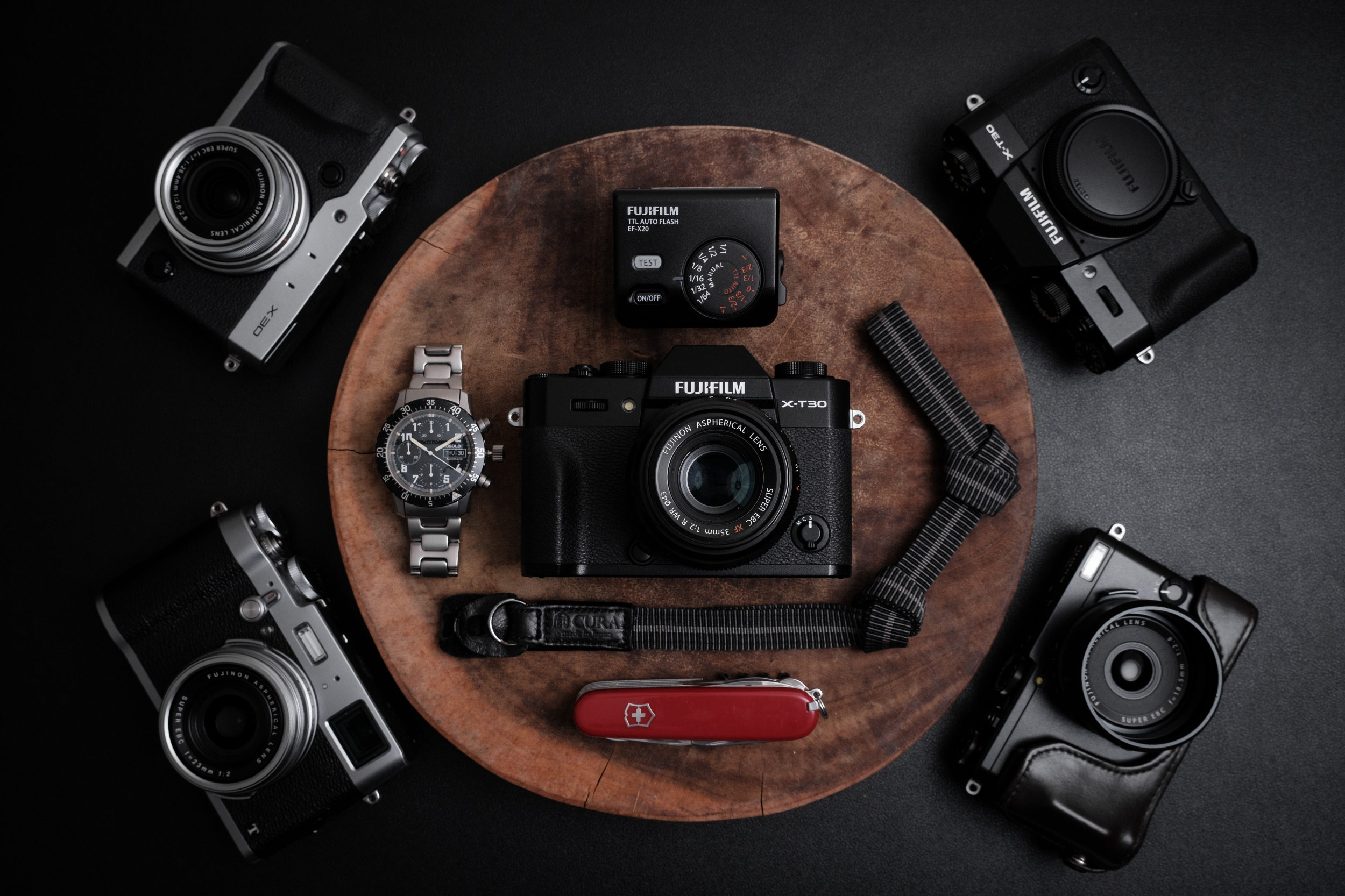 Of these three, my favourite is still the X-T30 II for its classic SLR form factor. Looking at the styling of the X-T30 series cameras, I fear this is the final iteration of this design. If you look at the current X100V, as well as previous Fujifilm cameras, they all have a film camera look and feel to them. Recently, Fujifilm has been moving towards a minimal design approach, removing dials and buttons and opting for virtual dials, swipe Fn buttons, and menu scrolling. You can see this direction with the new GFX100S and GFX 50S II.

If you are a current owner of the X-T30, is it worth ‘upgrading’ to the X-T30 II? It depends on how much you want the latest firmware. If you are happy with your current X-T30, I say an updated LCD and increased buffer isn’t worth spending more money on. However, if you are in the market for a prosumer Fujifilm X-Series body, is the X-T30 II a good option? Yes, it is, and priced accordingly. It’s cheaper than the IBIS-equipped X-S10 but slightly more expensive than the minimalist X-E4. In addition, if you’re a fan of the vintage design and plethora of dials and buttons, the X-T30 II is a good choice.

At the time of the announcement, most retailers were offering a $100 discount on the X-T30 as an incentive, but since the X-T30 II has been delayed until possibly next year, the prices are now the same again at $899. In addition, the Charcoal Silver is only available with the older X-T30. Unless you are specifically looking for that finish, it’s better to wait for the new X-T30 II. 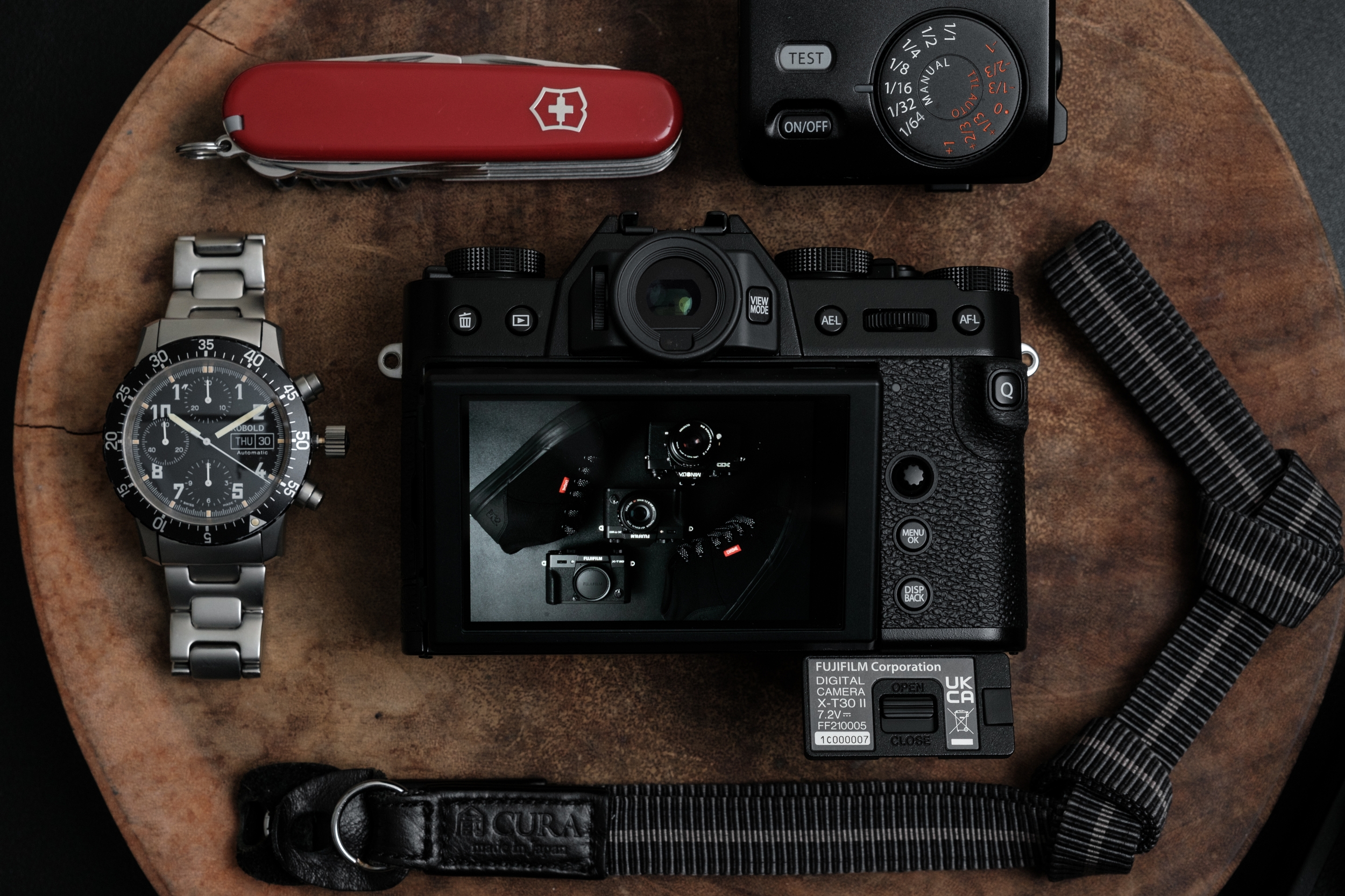 The new X-T30 II label on the bottom battery door

In conclusion, the new X-T30 II is a solid ‘new’ camera from Fujifilm, but it’s barely an update from the previous X-T30. Fujifilm didn’t even bother changing the camera logo on the front of the camera to distinguish it as the Mark II version. To see which version you have, you need to look at the label at the bottom of the battery door. If I was an X-T30 owner, I would be unhappy that I have to buy the Mark II version just to get the latest firmware. At the same time, I understand the economics of giving free firmware updates to older cameras that are about to be discontinued. In the past, Fujifilm was more liberal when it came to firmware updates, but they also weren’t juggling 14-15 camera bodies, including an entirely different medium format ecosystem. If you’re new to Fujifilm or upgrading from a previous generation body, you’ll love the X-T30 II, and the alternative X-E4 and X-S10. Thanks for reading and happy shooting! 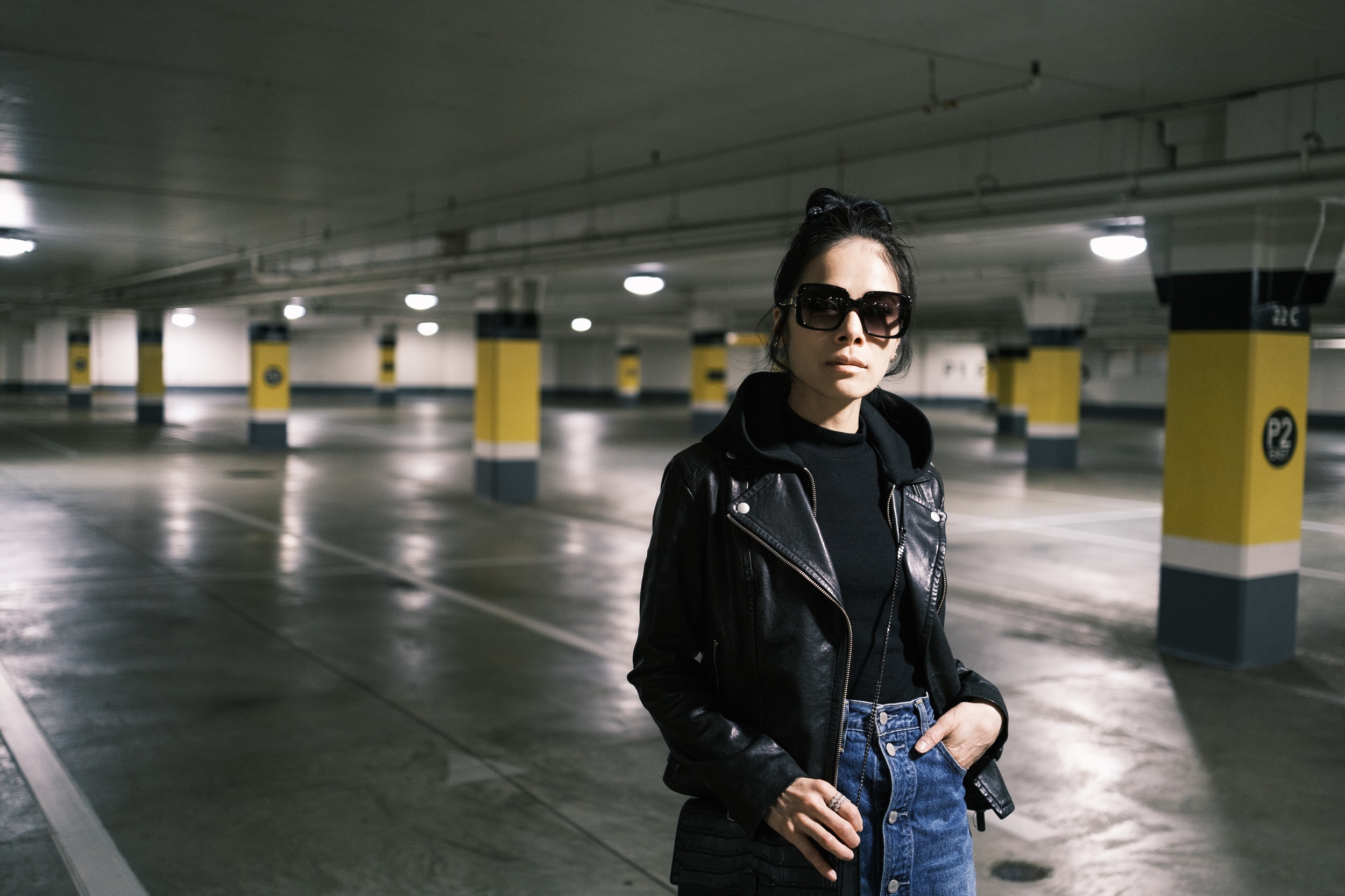 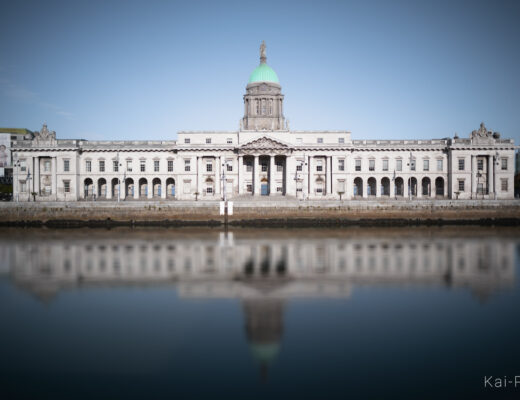 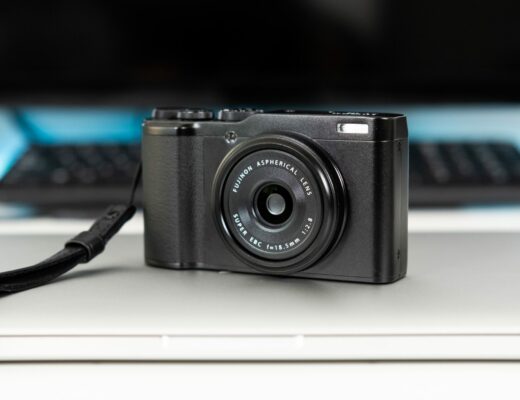