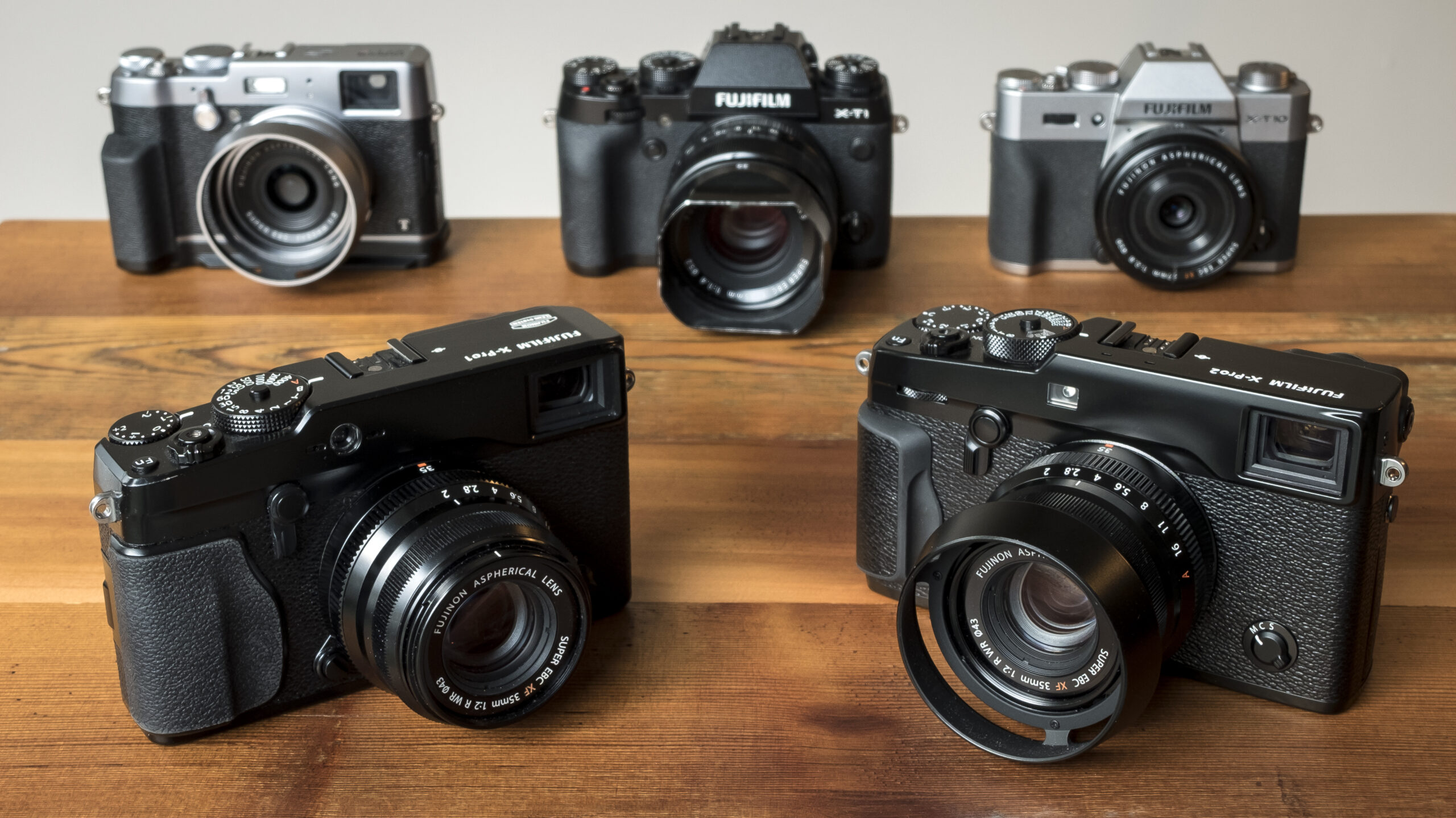 It’s been 4 years. The original Fujifilm X-Pro 1 was announced on January 9th 2012, being the first and only Fujifilm X series interchangeable lens camera having a hybrid electronic and optical viewfinder (until now). When would Fujifilm upgrade this unique top-of-the-line mirrorless camera? Although the X100 has been updated twice since its original release (announced  Sept 19th, 2010), Fujifilm seemed hesitant to update its flagship ILC camera.When the X-T1 was announced on January 27th 2014, then the release of the X-E2, X-T10, and the X30 was missing it’s unique OVF, it appeared Fujifilm was moving away from the optical viewfinder camera (except for the X100 series). There was rumour that Fujifilm was struggling with the next leap in sensor technology (this was only partially true), but the real question was this: Will the new X-Pro 2 still have a hybrid viewfinder? I am pleased to announce that the brand new Fujfilm X-Pro 2 not only has retained the unique OVF/EVF technology, but it is all new and superior to any viewfinder on any currently available Fujifilm X series camera to date. Let us look at the all new Fujfilm X-Pro 2 and see if it is worthy of being the flagship mirrorless camera for the Fujifilm X Series system. When the XF 35mm f/2 WR was announced back in October, many industry insiders had first hand knowledge that this was ‘the lens’ to use with the upcoming flagship camera. It was the classic 50mm equivalent, it was weather-sealed, and it had an optional lens hood that was uniquely designed for and reminiscent of an optical rangefinder style camera. This lens was not meant for the X-T1, but for the upcoming top-of-the-line X-Pro 2. Matching the new XF lens with the all new 24.3 megapixel APS-C X-Trans CMOS III sensor and the new X Processor Pro image processor was a pleasure. The leap from 16mp to 24mp (50% more pixels but no gain in image noise) is definitely a huge jump in image quality and resolution. The new XF 35mm lens could easily handle the extra resolution in terms of both dynamic range and image sharpness. Although the sensor and processor is all new, the overall feel of the image is exactly the same. Because the X-Pro 2 was pre-production, RAW file processing could only be done in-camera, but you can get a good idea what the RAW files will look like after properly processing them in Lightroom or Photoshop. I have compared (pixel peeped) the images from the new X-Pro 2 against the new Leica SL and the M240, and I can tell you that the JPEGs on the X-PRo 2 are actually cleaner with less noise. However, my final conclusion on image quality can not be confirmed until I receive my production model, but so far, the JPEGs are the best I’ve seen on any camera from any brand that I have tested. There has been a huge leap in terms of ergonomics and function as well. The new joystick controller was a great addition, as well as moving all buttons to the right of the LCD screen. There is no articulating screen, but the screen is 1.62 million dots of resolution, making it easy to zoom in on jpegs to see noise and sharpness. The AF system has been revamped, the shutter has been updated (now with 1/250th sec flash sync), and there are multiple ways to customize the buttons and operating system. The menu system has also been updated, with the new MY MENU section, which will work in addition to the Q menu. Even small things like centering the tripod thread on the bottom while still being able to access the battery compartment, and having two solid doors on the sides (the X-T1 doors are horrible) shows the details put into this new flagship camera. Speaking of doors, the new memory card slot on the right is now dual slot, which allows the user to choose 3 different ways to save images (sequential, backup, RAW/JPEG). Did I mention that the body is also weather resistant? I was surprised since the back button, joystick, dial and shutter feel had me conclude that this body was not. The tactile feel of all the controls and buttons on the X-Pro 2 is the better than any X series camera, and yet it is fully weather resistant and has a rugged bang-around feel to it. Simply amazing. The two most exciting features on the new X-Pro 2 for me is the new hybrid viewfinder and the ISO dial. The viewfinder must be experienced and not explained so I will not go into too much detail. Just imagine the X100T’s viewfinder but much, much better. Faster refresh, easier focus peaking, great low-light performance, no ghosting. Another cool feature is the addition of the ‘Bright Frame Simulator’. Those who shoot Leica or any rangefinder will appreciate the ability to see the cropped frame lines of different focal lengths while in optical viewfinder mode. It is conveniently accessible from the front OVF/EVF selector switch as a top button. With the XF 35mm lens mounted, you can see the 35/56/60/90 frame lines. I also mounted the XF 14mm lens, which gave me 18/23/27/32. I wonder what happens when you mount a zoom or a telephoto lens? I don’t want to know… When does an ISO dial become a feature? It is on the new X-Pro 2. This dual function dial is very retro and yet it is the most functional ISO dial of any digital camera on the market. Instead of creating a separate dial on a crowded top panel, Fujifilm merged the ISO dial into the shutter speed dial. Why didn’t anyone else think of this? Film cameras have been doing this for 50 years!! It is very retro and yet one of the most functional solutions of including an extra dial without wasting space. Compared to the X-T1’s dial, this is more functional for me since it is on the right side of the camera, making it more visible and easily accessible when needed. Shooting with the X-Pro 2 was a pleasure. It felt like shooting with the power and speed of the X-T1, the handling of the X-Pro 1, and the emotional connection and feel of the X100T. The camera never gets in the way of taking a great image. It is light enough to carry around all day. Comparing the size and weight of the X-Pro 2 and the XF35mm WR lens versus the X100T and the TCL-X100 teleconverter lens, the X-Pro is barely heavier, but is more compact and balanced. The image quality difference between the two significant, and so is the shooting speed and the viewfinder experience. In fact, if you are currently shooting the X100T and the TCL-X100, I recommend trying the X-PRo 2 with the XF35m WR. This is the best combination for that classic street photography set-up with a modern twist: A hybrid optical/electronic viewfinder, a compact and super sharp 50mm equivalent lens, weather-sealed body and lens, and an amazing sensor. The film simulations are also a nod to the old film days, as you can shoot with classic Fujifilm and Kodak (Classic Chrome is very similar to Kodachrome) films digitally. Fujfilm included the ACROS film simulation (monochrome film), and you can add film grain as an actual feature (I have not tested this yet). Since my copy of the X-Pro 2 was pre-production, I can not post too many images at high resolution or zoomed in. As previously mentioned, RAW support is not yet available so the full potential of the new sensor and processor can not be analyzed properly. However, just by looking at the JPEGS, as well as in-camera RAW to JPEG conversion, the new X-Pro 2 has proven itself worthy of not only being the flagship Fujifilm X series camera, but a very powerful contender against other major mirrorless cameras. The Fujifilm ecosystem is fully matured with great lenses, bodies and accessories (more flashes please!). If you are currently hesitating to make the switch to Fujifilm from your big and heavy DSLR, this is the camera that should convince you to switch over. If you are currently an X series photographer with the X-T1 as your main camera and the X-T10 as your back-up, it’s time to upgrade. The X-PRo 2 will become your main camera, and the X-T1 will now become your back-up. I rarely encourage people to upgrade equipment because people are often chasing specs and speed, which to me is rarely worth it. However, this is a serious evolution in sensor and processor technology, as well as ergonomics and function. The new X-Pro 2 will change the way you take pictures, that’s a promise. 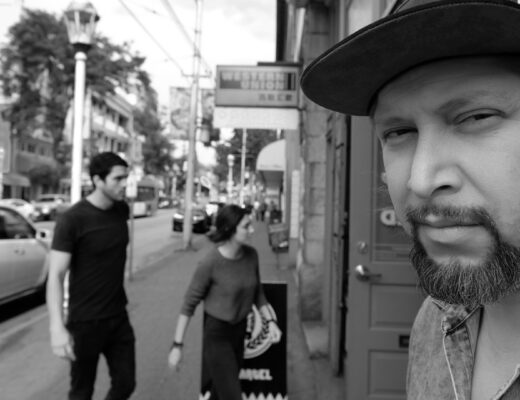 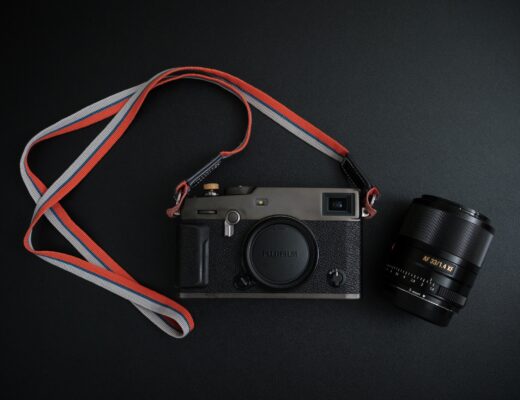 A Saturday Afternoon With the X-Pro3 + Viltrox AF33mmF1.4 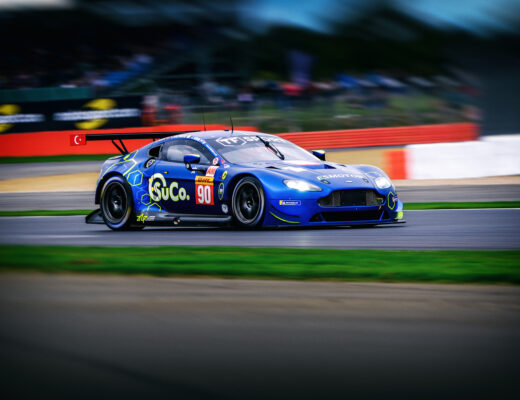 Using the X-T3 for Sports Photography