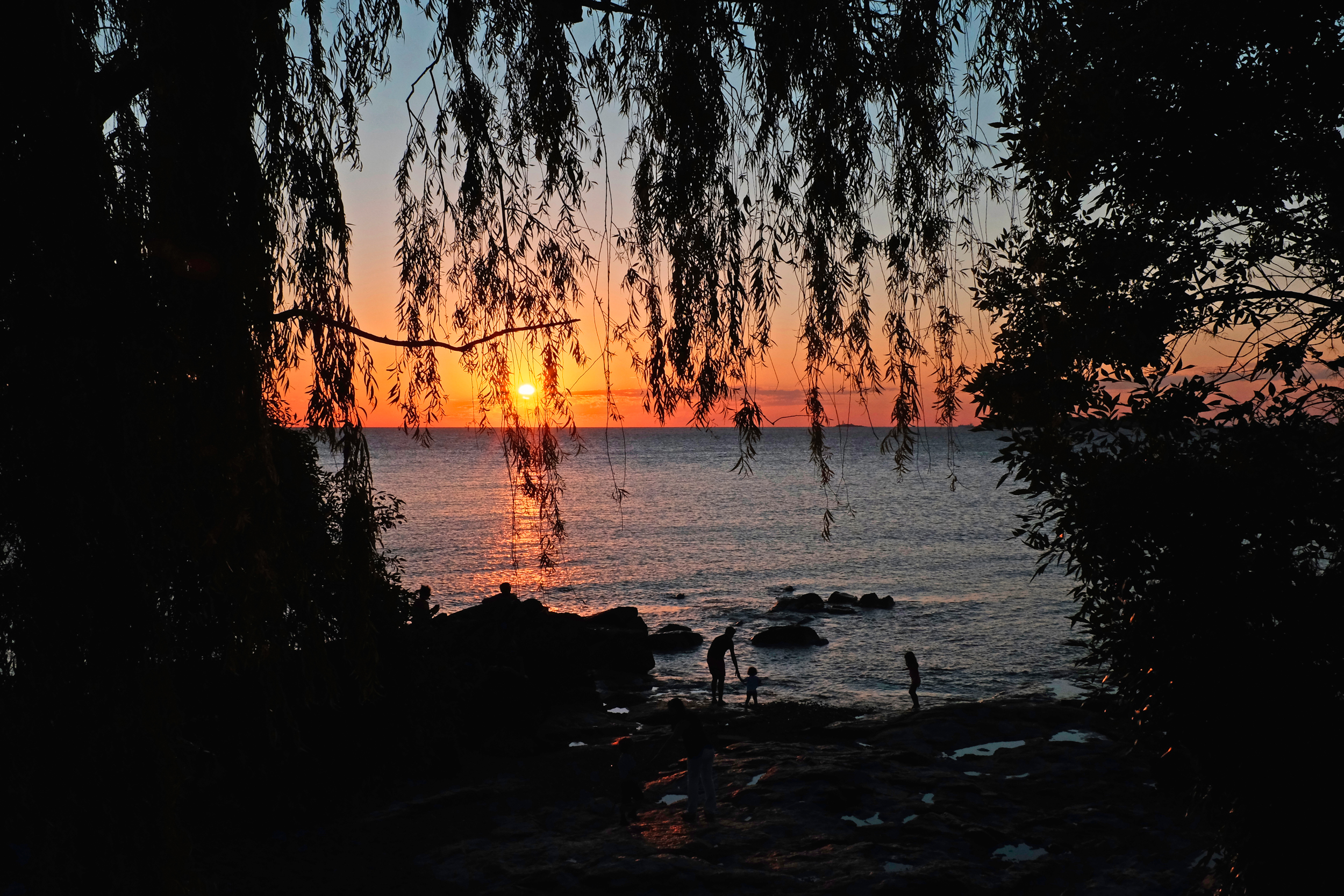 One of the best trips I have undertaken was travelling around South America. It may be that the customs in these countries felt close to my experience as a Peruvian or that a sense of belonging is felt when one explores a great part of this continent. My trip to Uruguay was very interesting. It is a very small country and thus very easy to travel all over.

Departing from Buenos Aires (Argentina) to Uruguay in a ferry that navigates the Río de la Plata, our first mandatory stop was in the Uruguayan city of Colonia Sacramento. As soon as you arrive in this city, you can feel a sense of security and tranquility that is not easily experienced in other parts of the continent.

We anchored at Colonia Sacramento, the first Uruguayan city, which had previously a village built by the Portuguese as part of their goal to dominate the east coast on the Atlantic. They left behind some of their spirit and character, the city acting as a historic centre and established as a patrimony of humanity.  This is what makes travelling beautiful. As I move through time to the past during these trips, I am grateful to learn much of the history and culture of each region.

In Uruguay the level of education is above average. Although it is one of the smallest countries in South America, Uruguay is one of the most pleasant places I have visited. 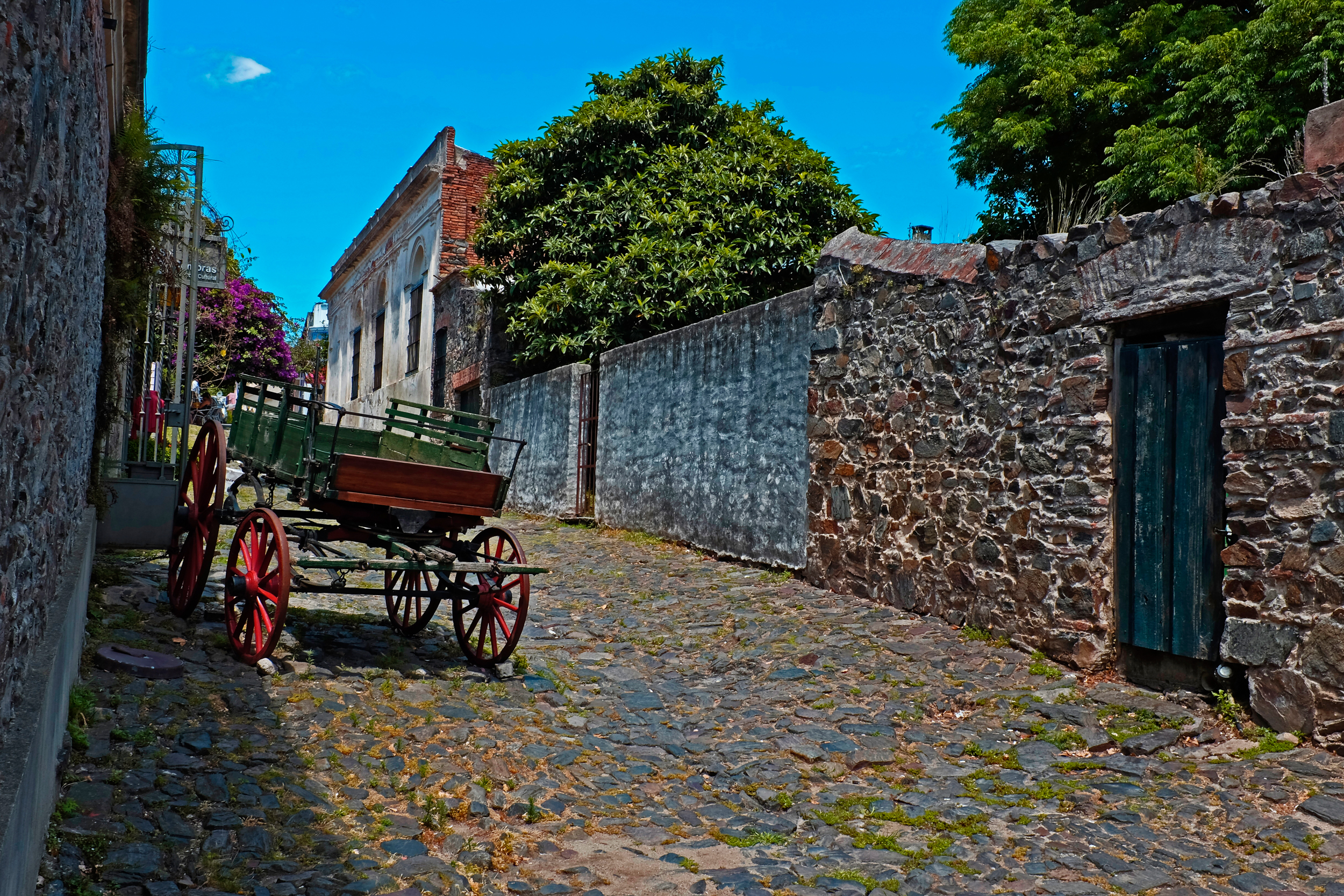 Colonia Sacramento is known for its cobble stone neighbourhoods, surrounded by buildings of different eras. It used to be a Portuguese settlement.

I travelled light, carrying a very small backpack and my Fujifilm X100S, one of my first cameras of the X Series. I chose it because it resembled my analogue camera: classic, small and versatile. It fitted in my backpack so I could take it everywhere, and easily get it in or out of my bag.

The lightness and tranquility that Uruguay supplied gave us enough confidence to connect with some locals and let ourselves be carried by the Uruguayan backpacking culture of hitchhiking. In this way we became immersed in the trip, moving all over the east coast of Uruguay and making lots of friends.

After leaving the beautiful city of Colonia Sacramento and continuing north, we would pass through Montevideo, the capital. 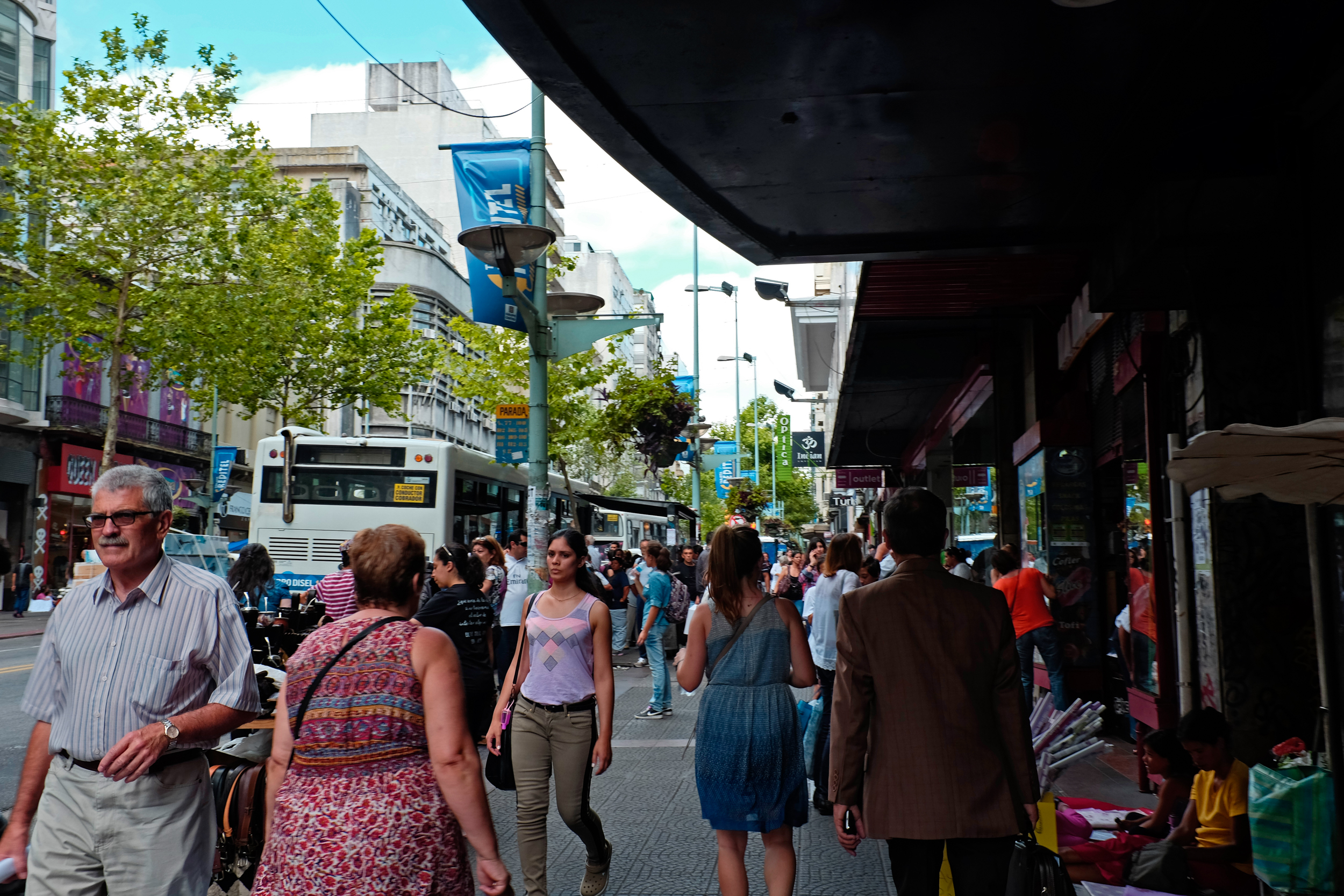 Montevideo is a fast city. One can feel the city rush, even though it only has three million inhabitants.

We went quickly through the city and decided to continue our journey to the most known spa in Urugua, Punta del Este, a very touristic location where one sees people from all parts of the continent, seeking its beaches. 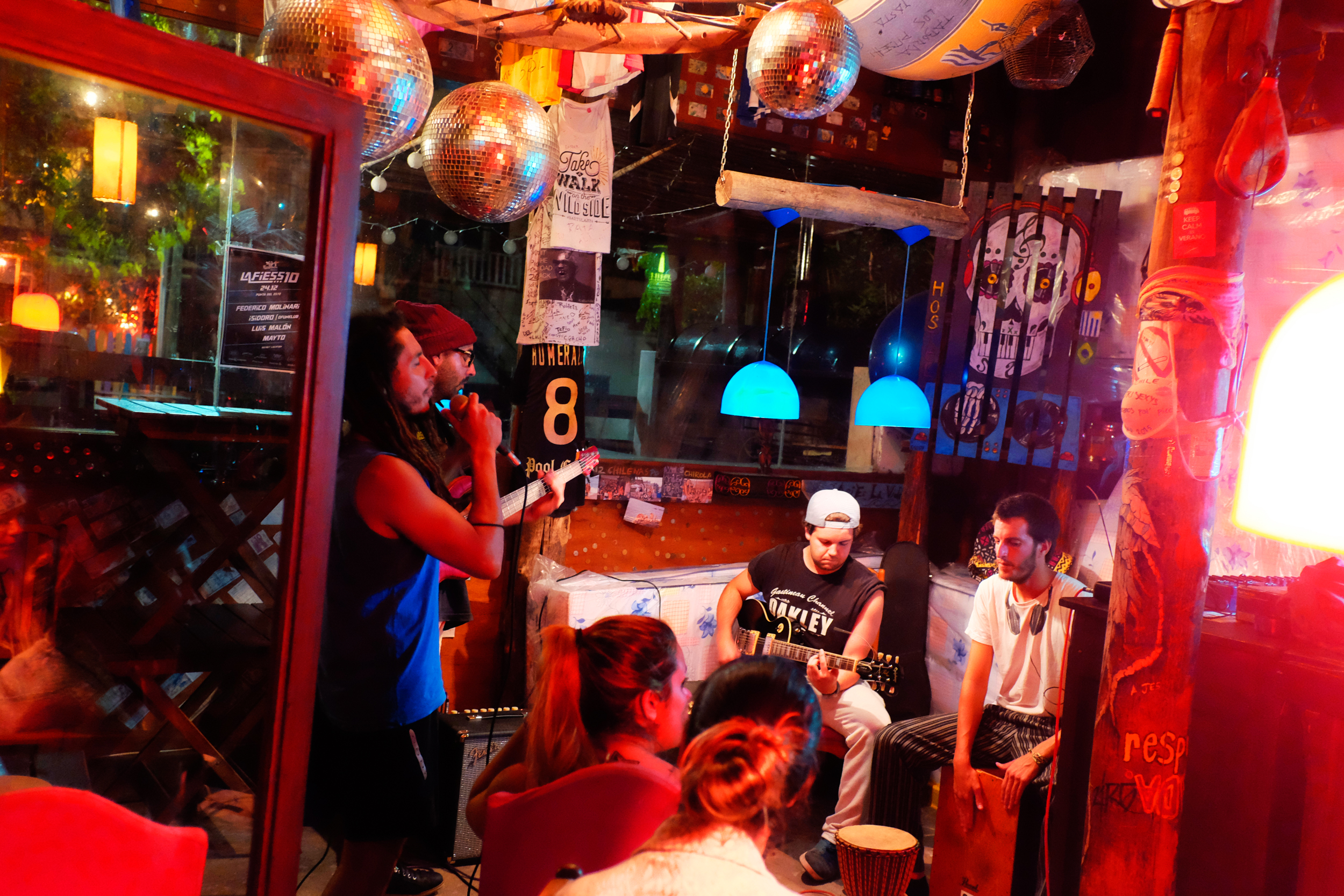 For travellers there are many inns and hostels where they can share a place of rest, and also enjoy the music and the party.

Continuing our journey along the coast, we were able to make many friends as we each embarked on our different destinations in this backpacking experience. Our Uruguayan friends would inform us about the best beach spots to know and enjoy, and they would encourage us to visit them. One of these spots is Punta Ballena beach, known for its crystal-clear waters and its boundless nature.

Since Uruguayan people are very straightforward and warm, we decided to share company with them and let them lead us to this spot, where we had the opportunity to interact with the beauty of this region. The simple interplay with nature was enough to stimulate anybody’s creativity. 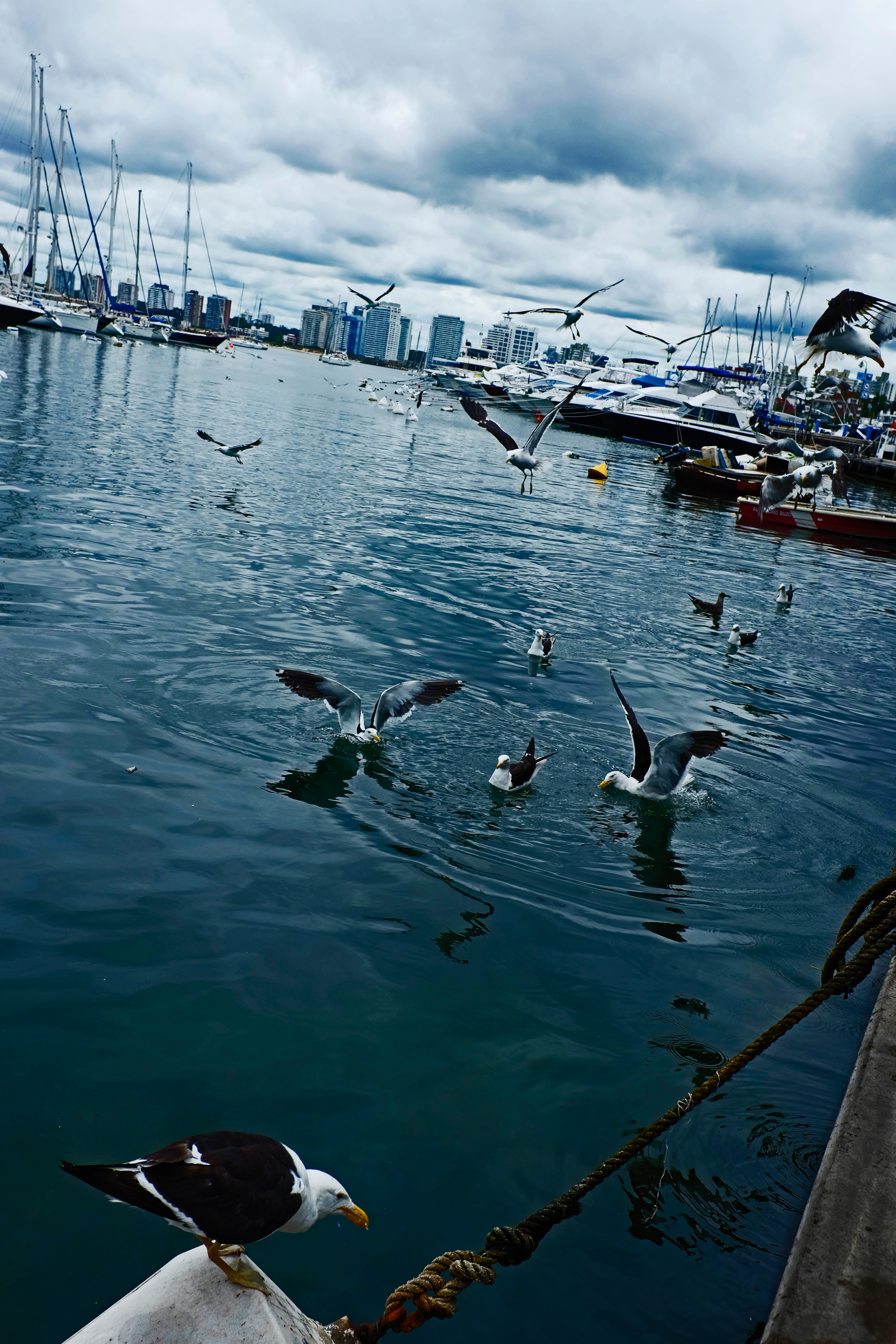 The port of Punta del Este. 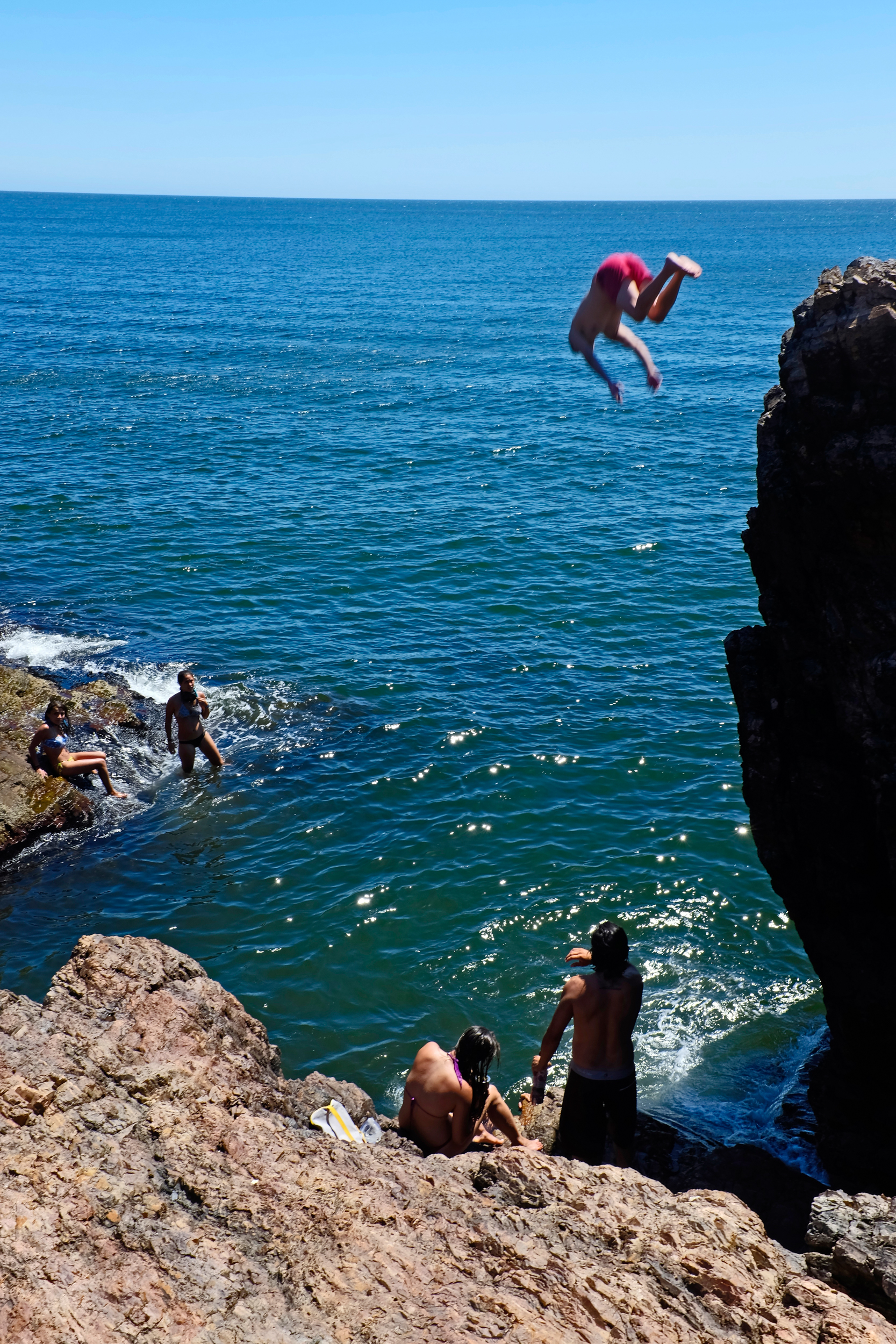 Sea of Punta Ballena, where young Uruguayans enjoy their interaction with nature.

In Punta Ballena there is a town house, a structure built on top of wooden planks by the Uruguayan artist Carlos Páez Vilaro. It is a mandatory stop for most travellers and tourists. Initially, it was the artist’s workshop and summer house, and now includes a museum, gallery, cafeteria and hotel. 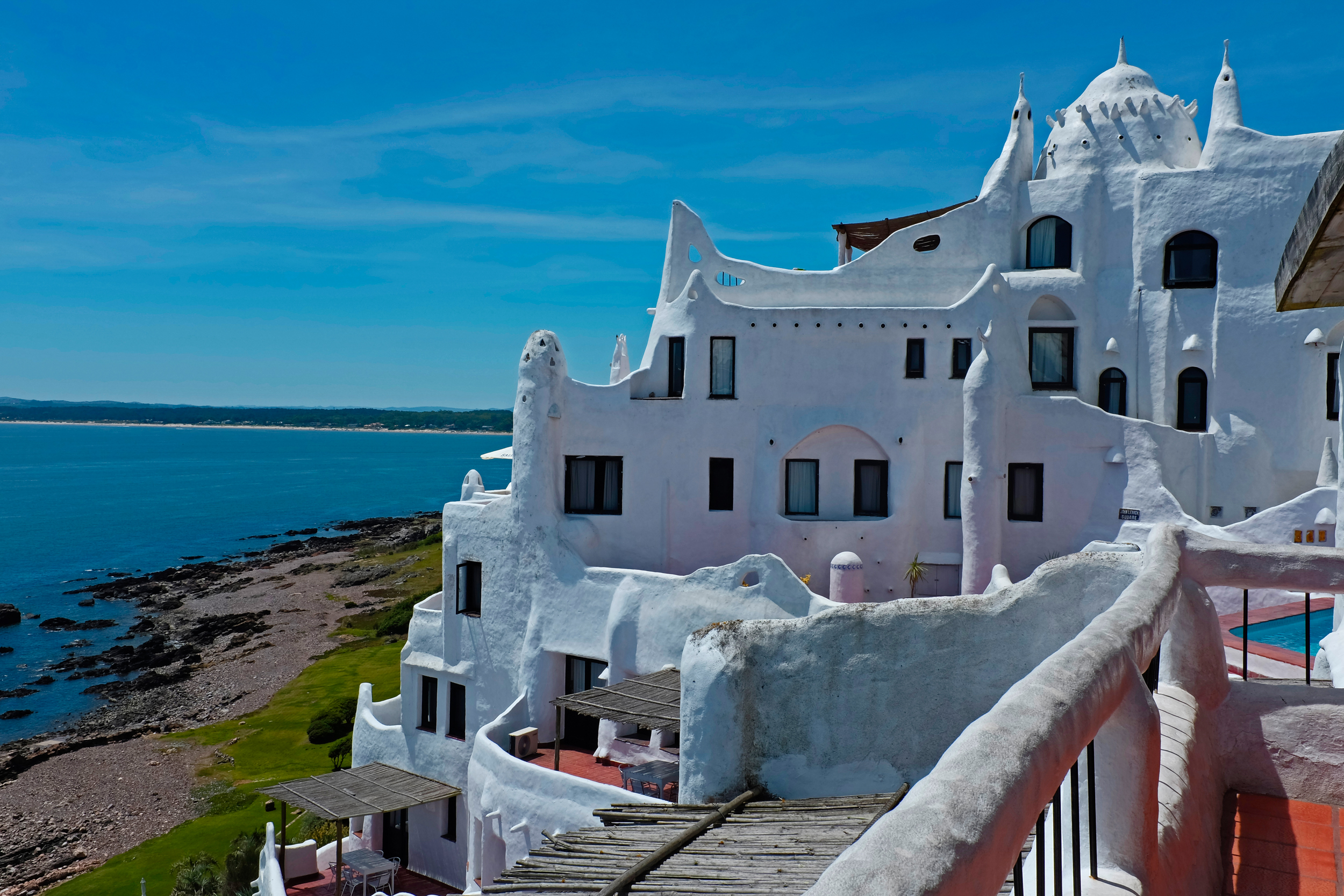 We continued our route to the north where we came across Balizas Beach, must-visit spot for Uruguayans in the summer. 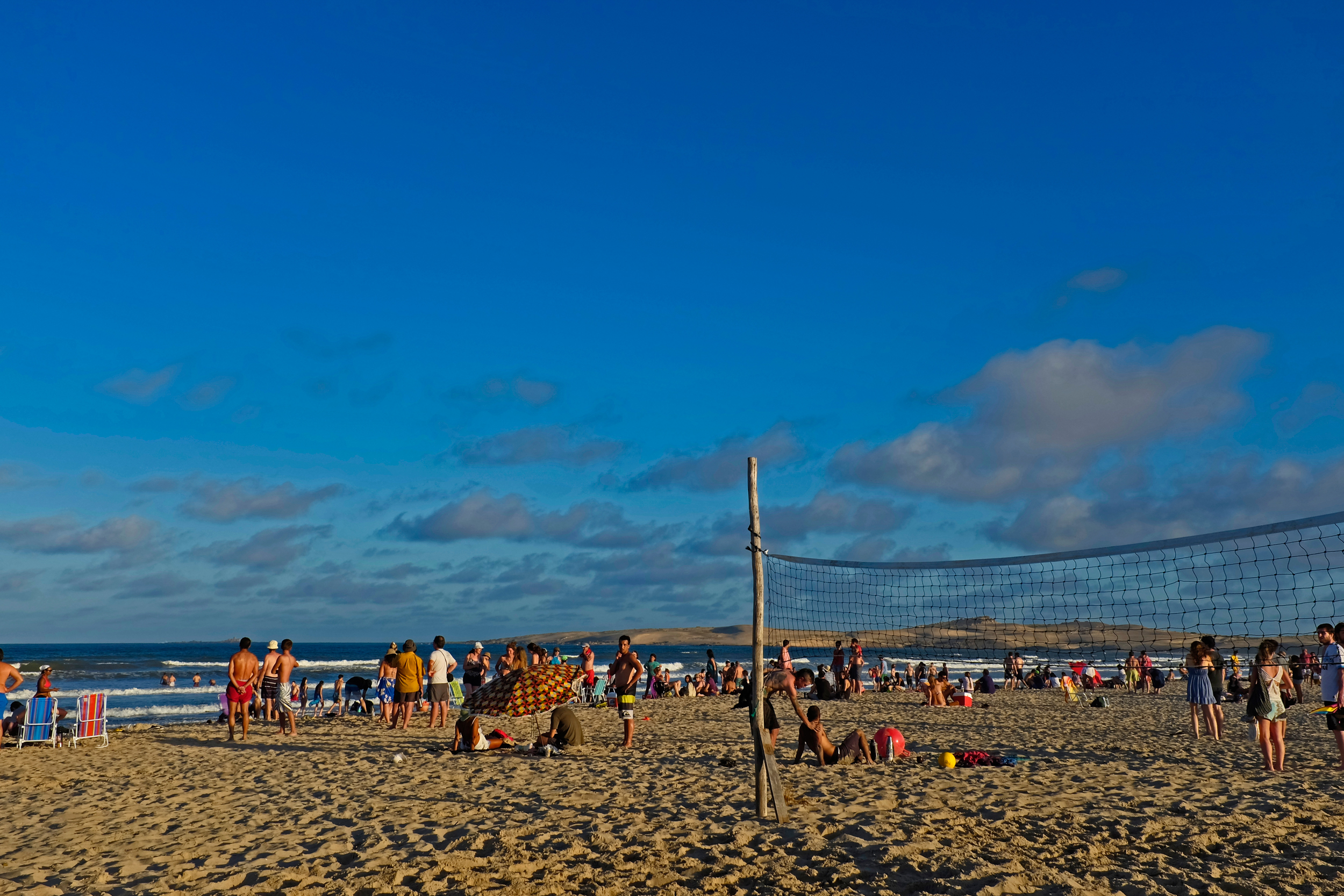 The simplicity and beauty of Playa Belizas is mixed with the vacationers.

From there, we decided to hike to Cabo Polonio with our Uruguayan friends, which turned out to be fairly short and of moderate difficulty. This national park is an area of great natural beauty, in which people leave in a simple manner, since the region has no electricity or running water. The beach is said to be one of the most desirable for backpackers and certainly transported me to a place that seemed almost other-worldly. 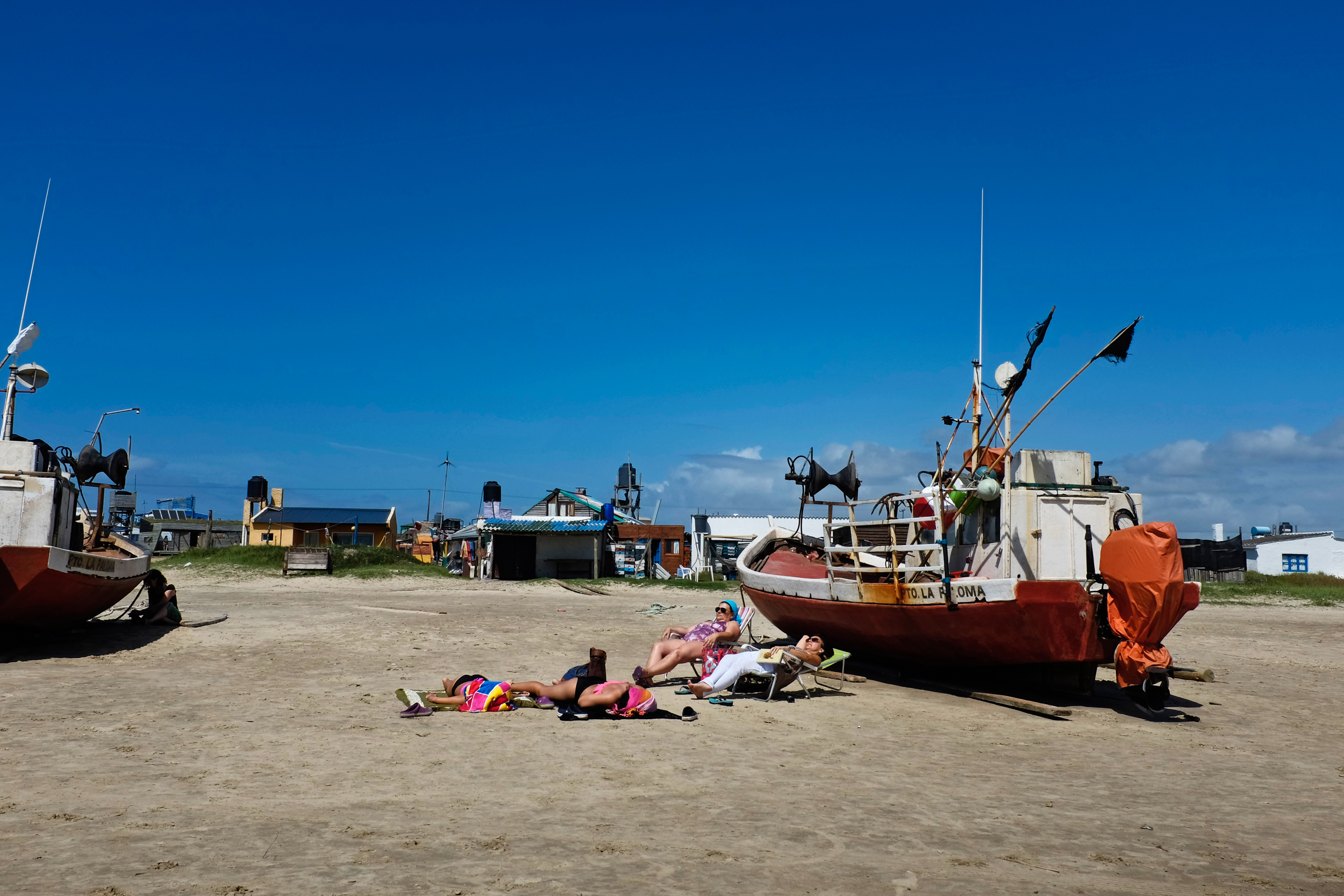 Sun bathing behind the small houses of a side of Cabo Polonio, located in Rocha town, Uruguay. 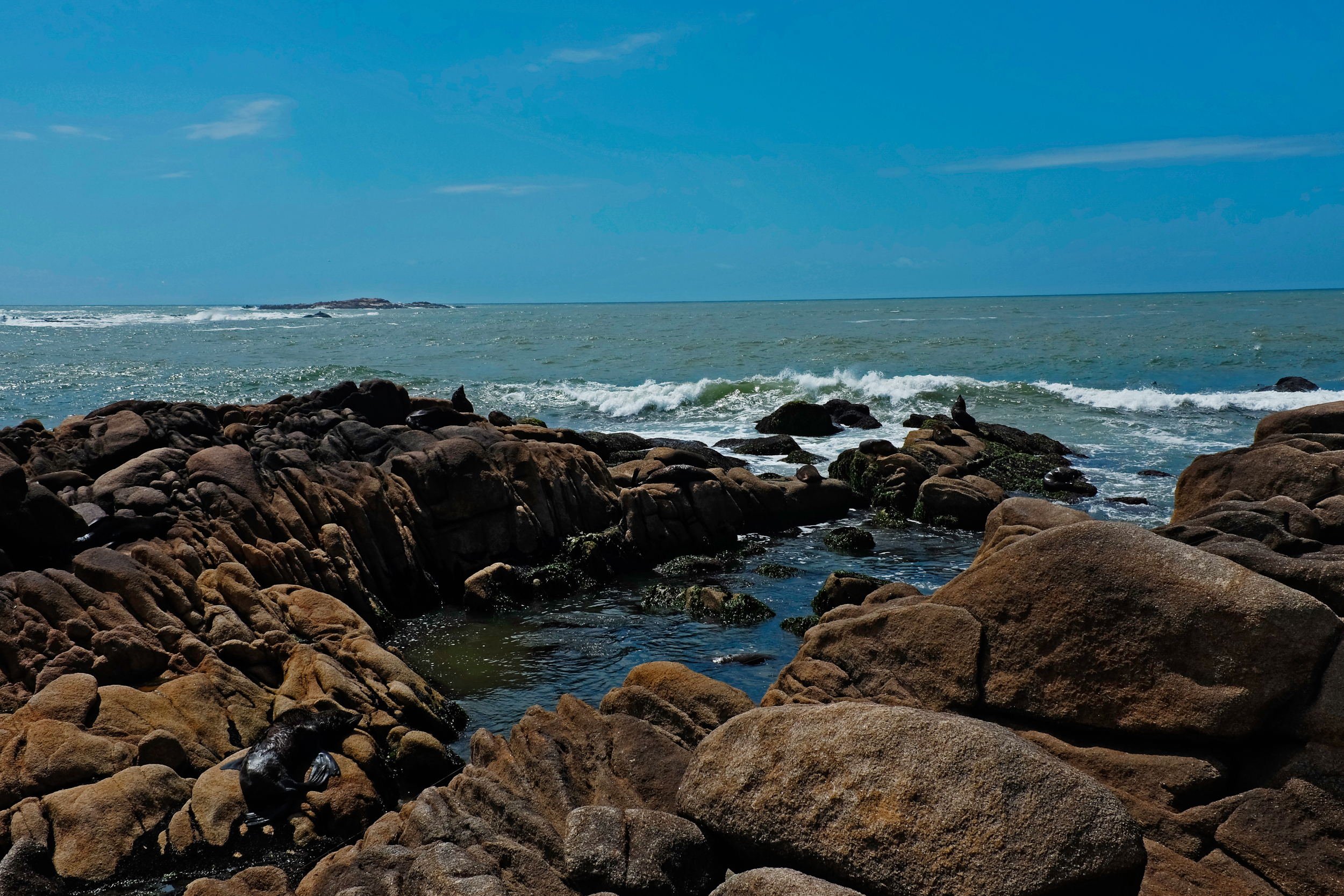 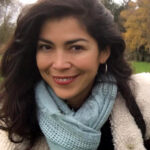 Miriam Moreno Serpa, Peruvian Photographer (Born Lima Peru 1980), study Administration at University San Ignacio de Loyola, in an exchange work in United States encounter her passion of photography been assistant of Masters in International Center of Photography of New York; her photography has been exhibited at different Galleries, festival of artist in Montreal Canada, Belgium and Peru. She organises her workshop in different places as Cuzco, Iquitos and Lima thanks to Fujifilm of North America being her sponsor. She has brought her photography to Argentina, Chile, Uruguay and Brasil. She collaborates for University Intercultural Amazonia in Pucallpa Peru as a photographer. 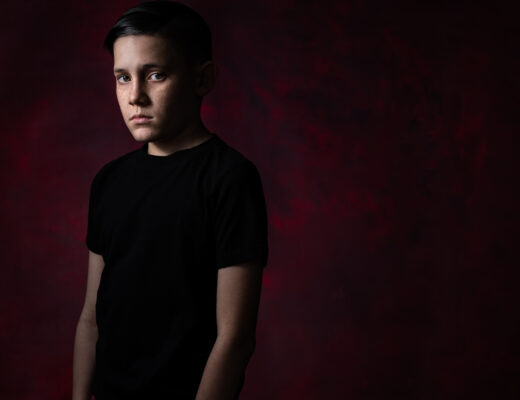 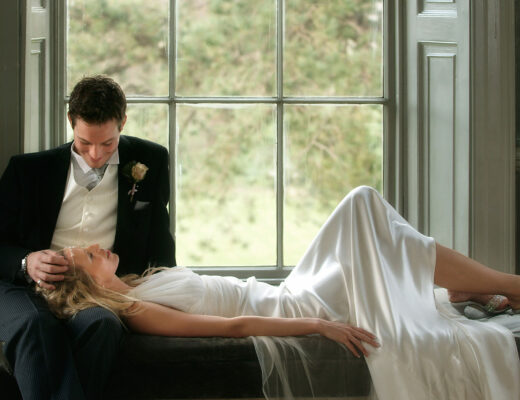 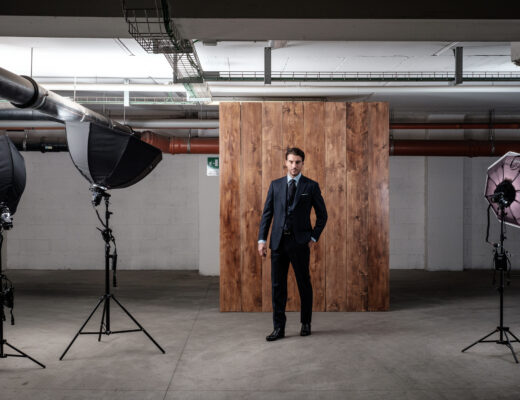 Looking for a Stunning Wood Background for Your Portraits? Build Your Own!