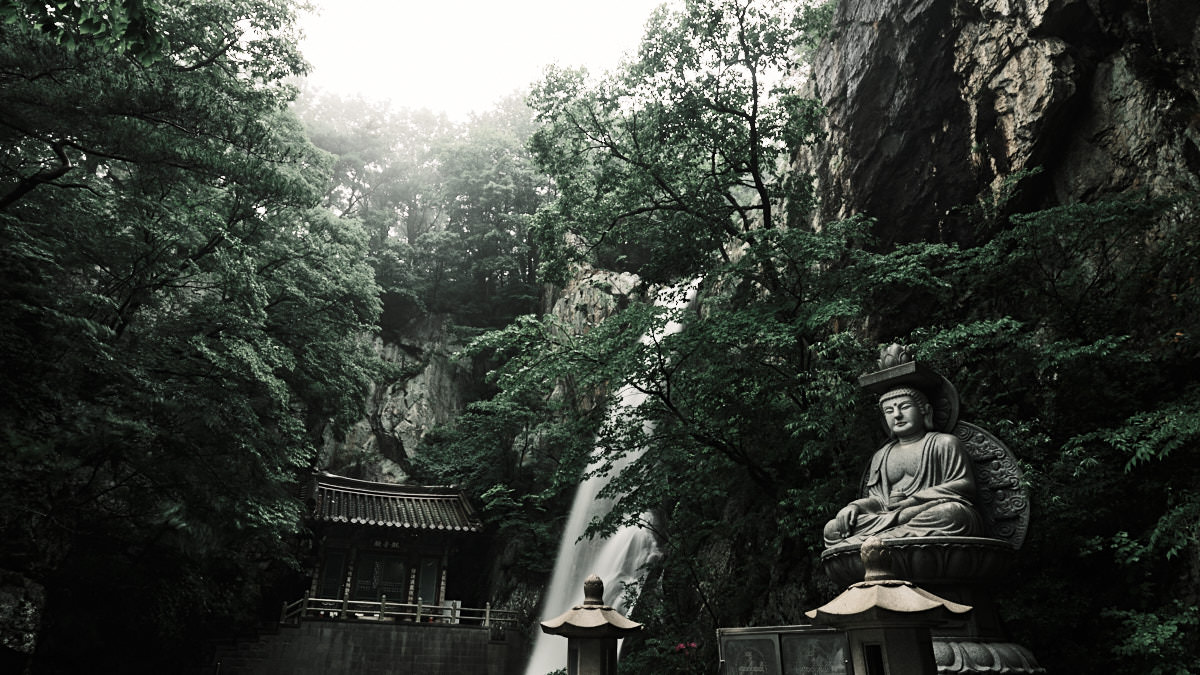 Starting with the very first “X-Series” camera, the Finepix X100, Fujifilm has had multiple options for how the camera will interpret raw sensor data and output a pleasing image. Known in the Fujifilm world as Film Simulations, these draw on the film stocks of the analogue era and our so-called “memory colours” for inspiration. None to date, I guess, has created more of a bi-partisan response than ETERNA BLEACH BYPASS.

Taking its cues from an old film-processing technique of skipping the bleaching (washing off silver halide) step when developing film. The results of this are increased contrast and lowered saturation. In Fujifilm’s own words, it “delivers hard, serious images that―apart from being in colour―resemble black-and-white photographs.”

Such a colour rendition is certainly not for every photographer or every situation. In fact, its intention was to be used for movie recording rather than still photography. However, over the last few months of owning the X-T4, I have come to love it for certain photographic applications and would like to share, what I feel are, its strengths with you today. 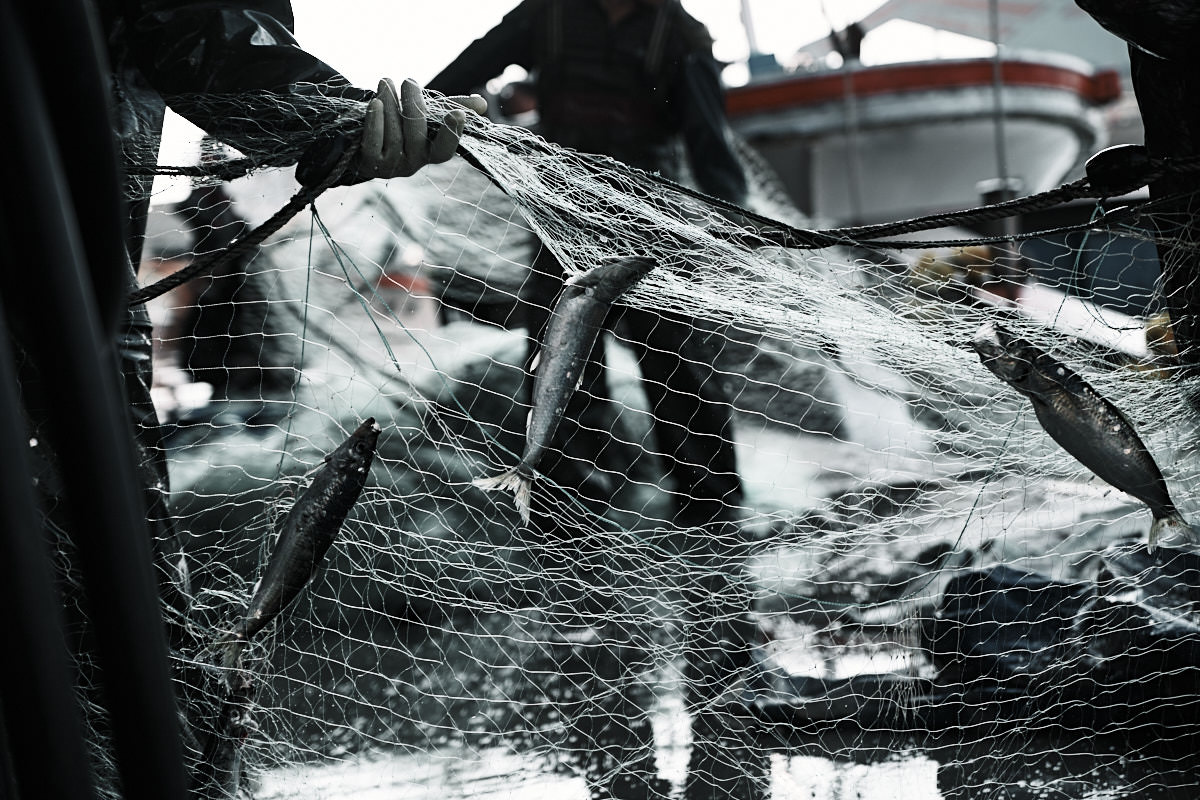 I originally began to experiment with ETERNA BLEACH BYPASS in a trip I took to the east coast of Korea for some long exposure photography. While skipping through the film simulations in my X-T4 to get to ACROSS from CLASSIC CHROME, I noticed an interesting rendition of the early morning light from this new simulation. The tonality matched perfectly the harsh conditions of the morning harbour and the loss of saturation stripped away the warmth of the sunrise. I was intrigued.

As I wrote some time ago in the Fujilove GEAR TALK supplement, I work in raw but I love to use film simulations to inspire me while I work and also as a base for post-production later on. I liked what I was seeing as I panned my camera around the scene, so I decided to spend the morning working with this setting and see where it led.

As I joked with the fishermen and photographed their morning ritual, I started to notice what I was enjoying about this film simulation. It had the same effect that black and white photography does of stripping away the impact of colour. Emotions and moments were paramount again while working like this. I was able to focus easily and clearly on the rhythmic motion of the workers’ hands or the fish scales falling to the floor. While these were not monochrome images, they had the same impact on my work but still retained enough colour to give a sense of the palette of the scene. 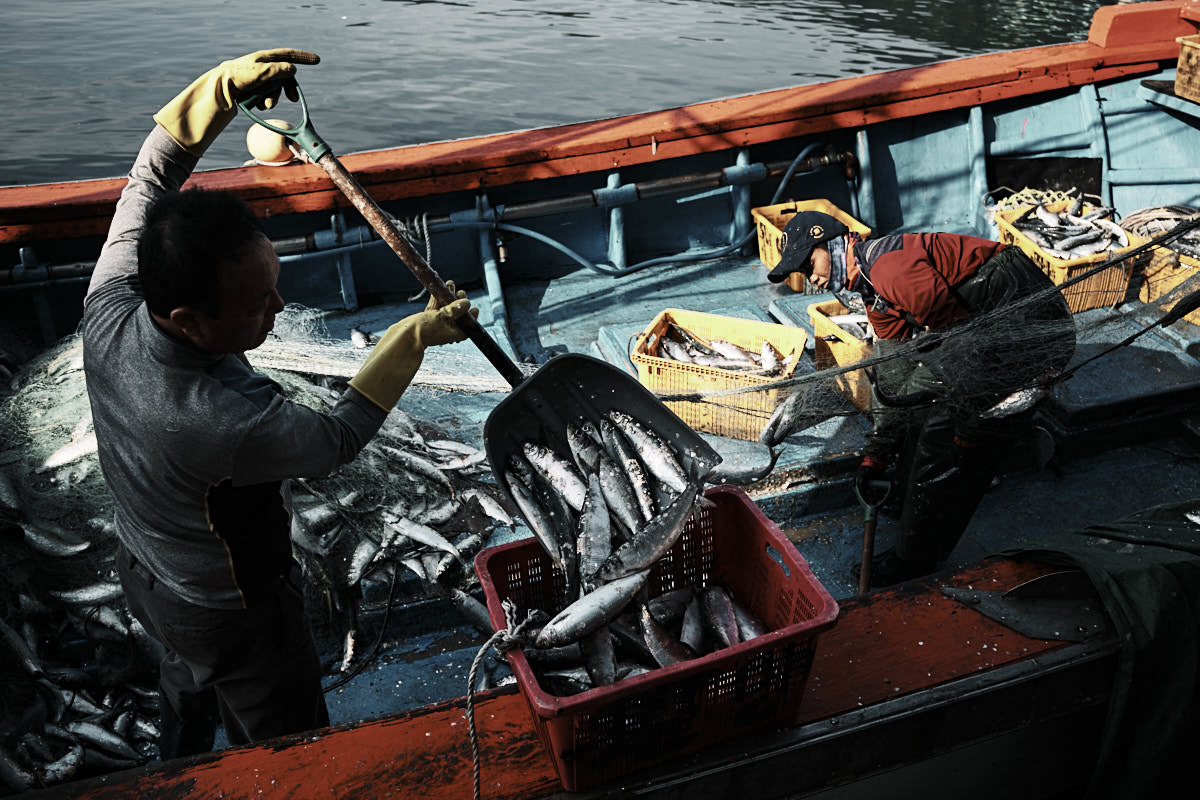 I combined the film simulation with the sunny white balance preset. That way, anything the morning sun touched would remain natural in colour, but the shaded area where the men and women were working would take on a cooler feeling. This colour combination with the reduced saturation gave exactly the feeling I had while I was in the scene.

After returning home and having a chance to review the images on a monitor rather than the little LCD in sunlight, I saw the potential of this as a base for processing more of my images. Personally, for scenes like this, I like a little more contrast than the ETERNA BLEACH BYPASS simulation offers on its own. Adding this contrast and a little warmth and clarity, enhanced the feeling that I had that morning at the harbour. I was hooked. 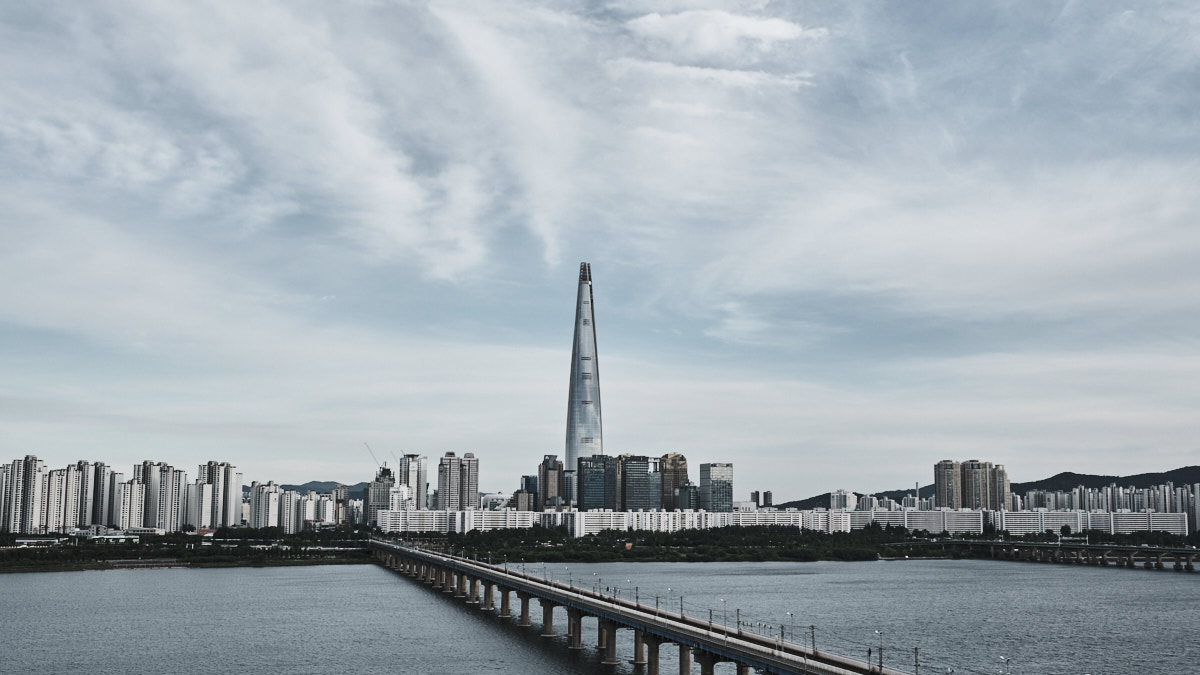 One other type of scene I’ve really enjoyed using the new film simulation is cityscapes with blue skies. The desaturation of the blues in scenes like the one below give a feeling similar to some post-apocalyptic films. It gives us a very interesting, while somewhat bleak, way to interpret what might otherwise be a simple scene.

Something I had loved about my morning with the fishermen was how the blues of shadows and the ocean were subdued by this film simulation. I decided to try it out on some cloudy days here in Seoul. Sure enough, it was quite effective at bringing down the bright blues and creating a much more dramatic feeling. Of course, if you’re trying to make a cityscape that gives a positive and livable feeling, this is probably not the right choice. But for some dramatic images like these, it can be quite effective. 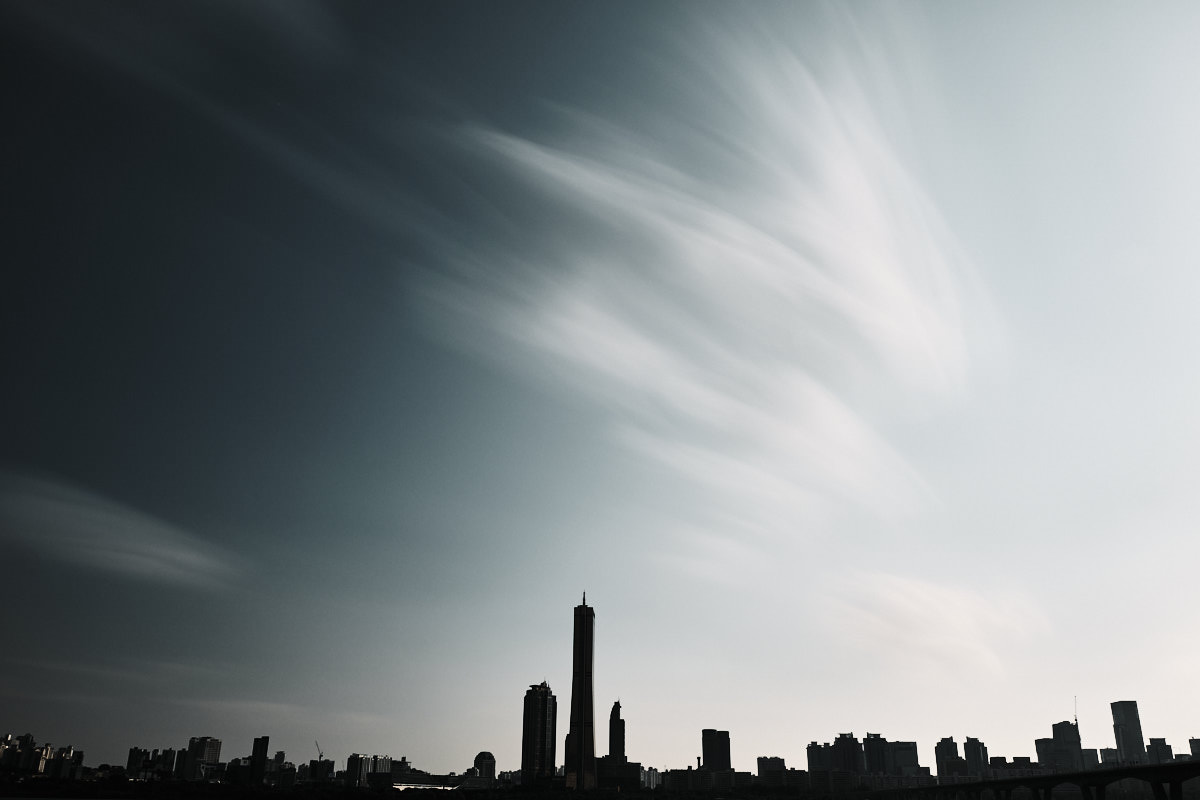 By their very nature, overcast days can seem drab as the colours get sapped from your scene by the dull light. However, with a little post-production, they can actually be some of the best days to work on. Of course, going for a softer feeling and warming up the white balance can create very homely and inviting images, but doing the exact opposite is also a valid option.

Driving out to this beautiful little temple in South Korea, we had to take our time. The rain was absolutely pouring and we could barely see, even with our wipers at full speed. Looking at the dramatic weather, I knew this was going to be another opportunity to experiment with my new favourite toy.

I was hoping for the monochromatic and high-contrast feeling found in older east-Asian art and I was rewarded. The muddying of details in the shadows and desaturation of colours had the exact effect I was after. The haloing caused by the fog just added to the mood. Next time it’s pouring rain, find yourself a forest scene and test this new simulation out for yourself. You might just find you like the effect.

Just like any other film simulation, ETERNA BLEACH BYPASS is not the be-all-and-end-all for photography, but it’s certainly a welcome addition for a certain type of work. I’ve been really enjoying it since I first embraced its dramatic nature. Have you experimented with it yet? Do you like it? I’d love to see some of your work using it in the comments below! 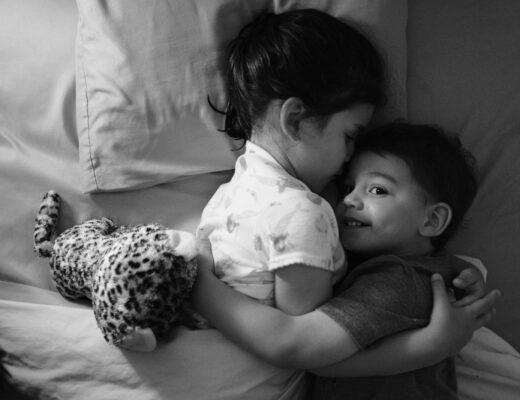 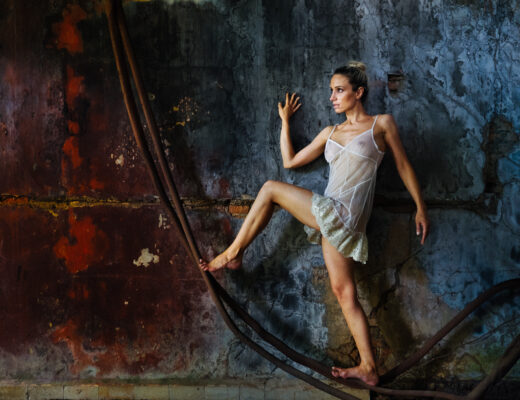 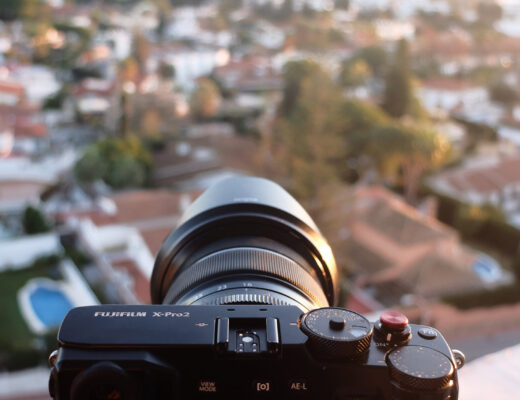 How to buy a Fujifilm Camera