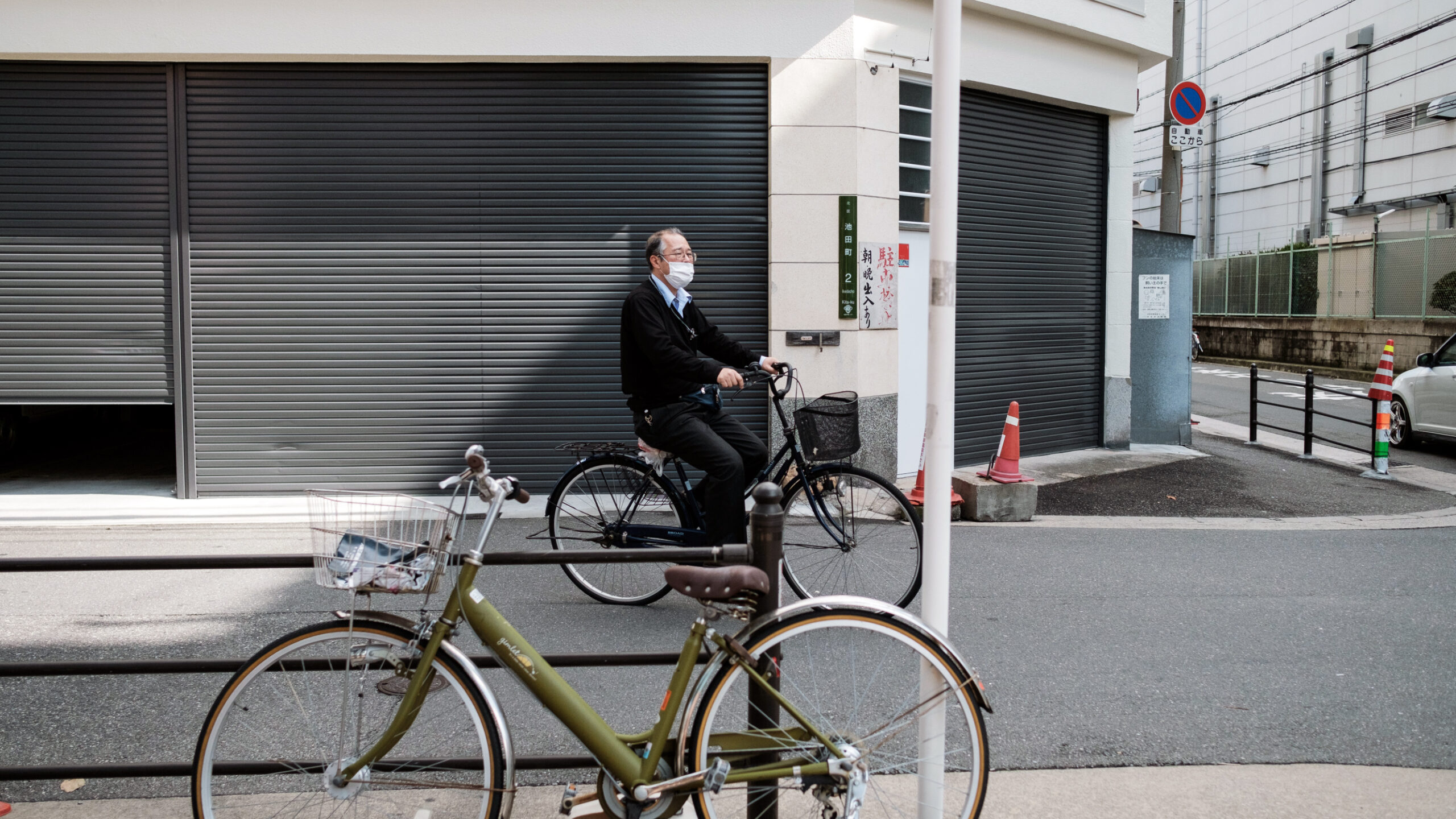 When people imagine a sports-action lens, most think of zooms with a constant f/2.8 aperture, or fast telephoto primes. How about the new standard wide XF23mm f/2 WR? No, it’s not telephoto nor does it zoom, but it’s the fastest focusing Fujifilm lens I’ve tested thus far. There’s no way you can use this lens from the sidelines of a sporting event, but if you’re within close proximity to the action, this lens can hustle. Although we don’t equate street photography with fast action, we do often encounter quick moving pedestrian traffic from time to time. In Japan, the bicycle shares the sidewalk with people, so it was only natural to want to include them in my street photography images. To do so, a fast focusing camera system would be helpful, and the Fujifilm X-T2 and the new XF23mm f/2 did a fantastic job capturing the action while wandering the streets of Osaka. 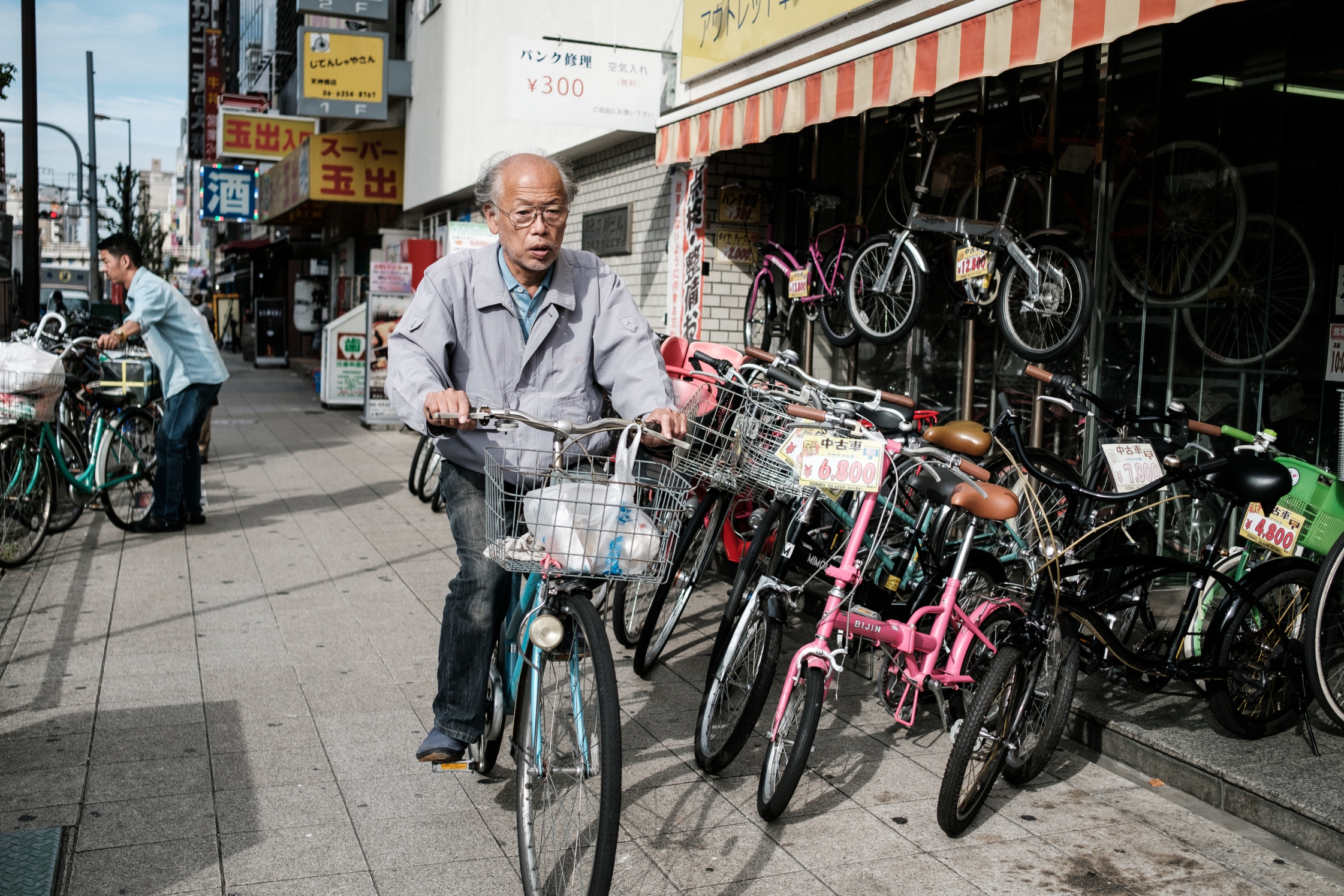 I wasn’t attempting a clinical test of the various aspects of the new focusing system of the X-T2. I kept the set-up very simple. The camera was left in AF-S mode, single centre focus point and single shot drive mode. That’s it. I don’t like face recognition for street because there’s always multiple people at various distances and the camera usually chooses the face with the most contrast or light. I don’t like shooting continuous AF because I trust my eyes and hands more than a computer algorithm. I never shoot in continuous drive mode because I want to be deliberate when taking a picture. Can the X-T2 and the XF 23mm lens keep up with this simple set-up? It sure can. 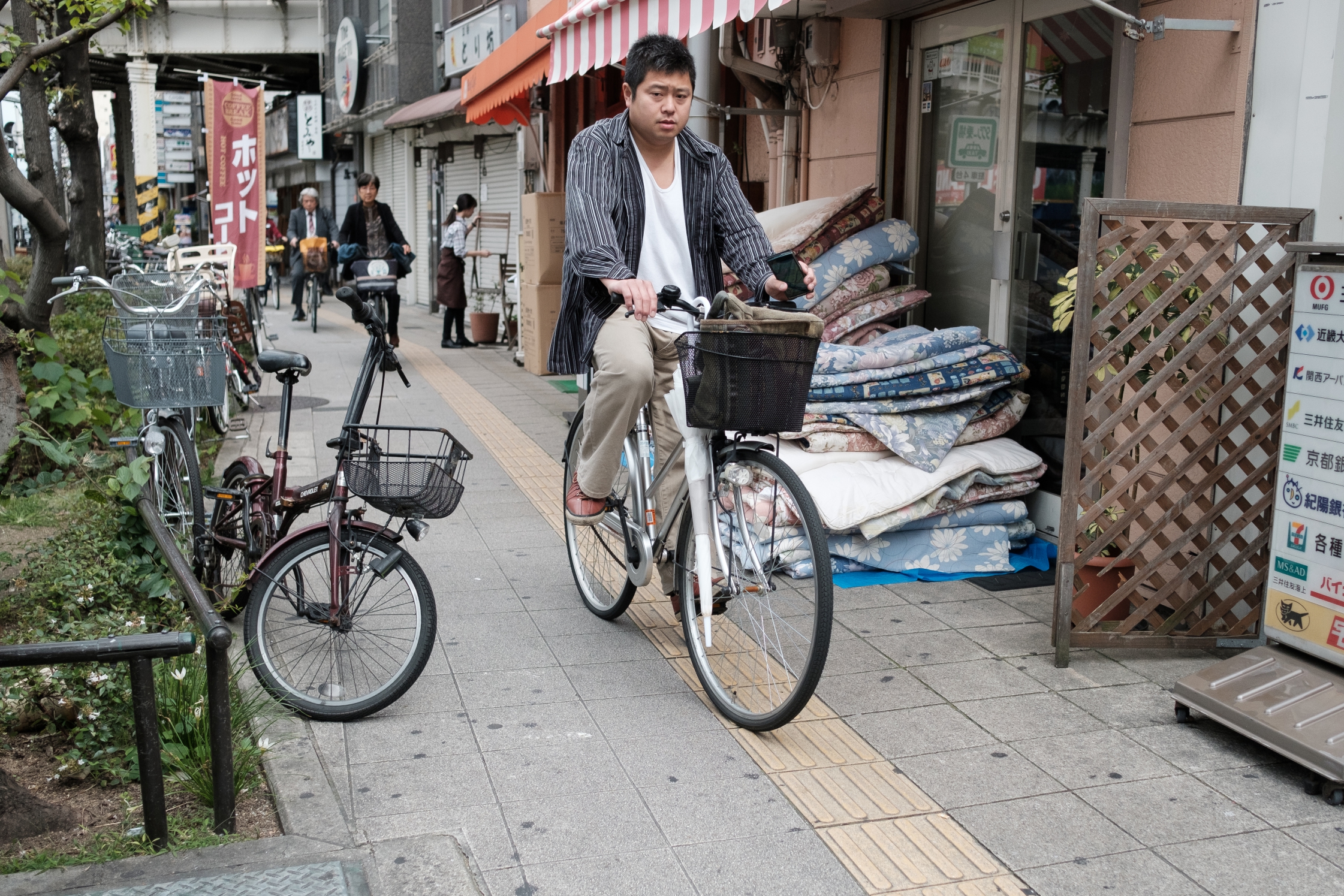 I also wanted to see how accurately the camera could focus by shooting at reasonably shallow depths of field (f/2-4) since I’m use to shooting f/5.6-8 for my street work. I found the focus very precise and rarely hunted when there was adequate light. Because of the wider field of view, after 8ft (2.4M) the focus locks on very quickly, unlike the XF35mm that struggled slightly from the same distance. This has more to do with the actual focus distance versus focal length, and nothing to do with the autofocus system or the focus motor in the lens. In general, the wider the lens, the shorter the focus distance to infinity, which equates to quicker focus because it can reach the focus distance faster. For the type of photography I was doing, the XF23mm was just right. If I was shooting across the street, the XF35mm would have been a better lens and the focus probably would have been just as quick and accurate. 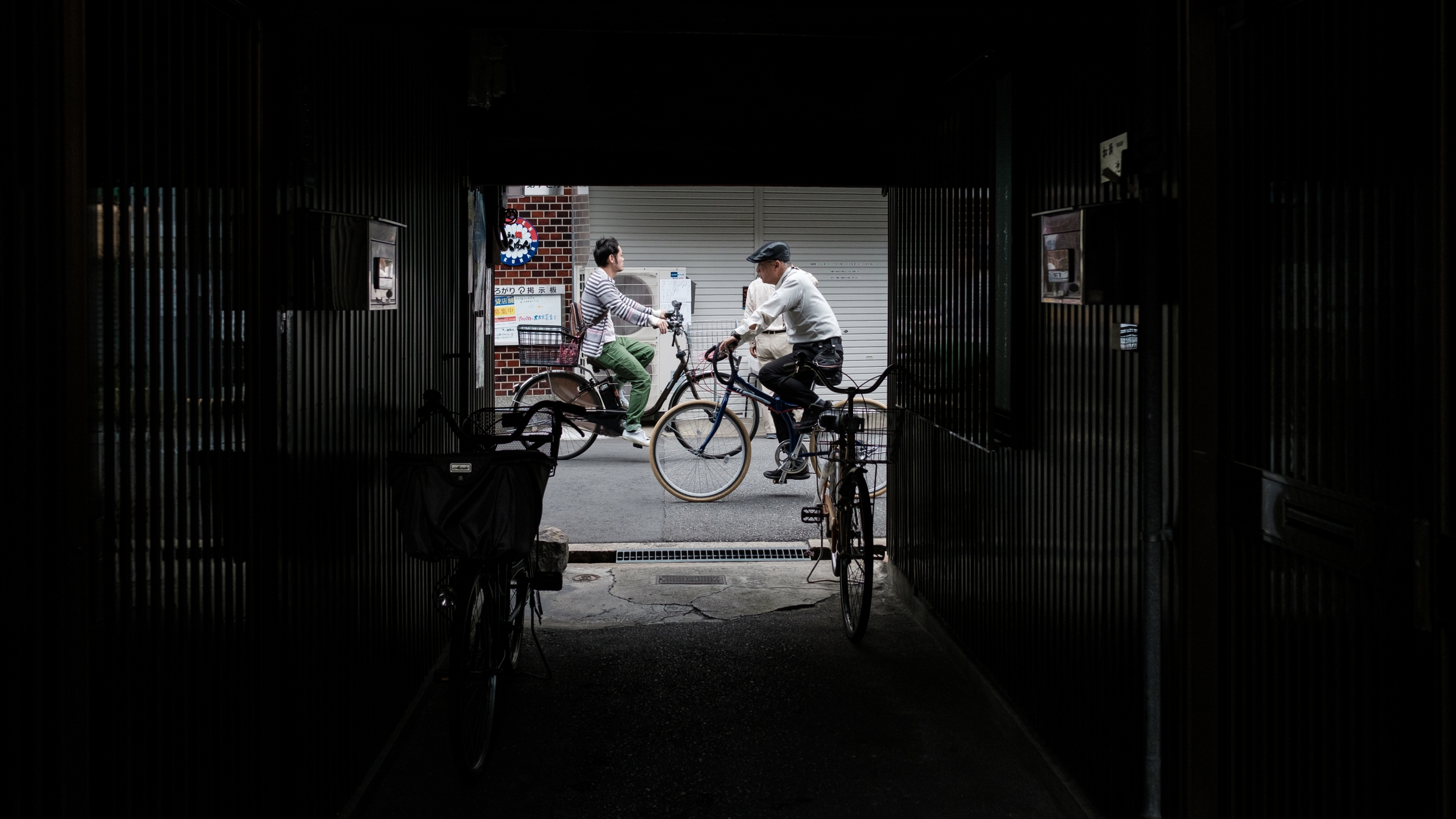 As previously mentioned in other articles, I love the XF35mm f/2 WR lens, but in compact and tight cities with lots of people, this field of view (approx 50mm equivalent) is a bit too narrow for my style. I like getting in close, and when your subject is coming at you quickly, I would often miss the shot with the XF35mm. The new XF23mm f/2 WR is a standard wide angle lens. It’s a great wide angle because this field of view is just narrow enough before fighting against optical barrel distortion, as well as perspective distortion as you start getting closer to your subject. For the street, it’s a very comfortable distance to your subject, especially on a crowded sidewalk. For shooting moving cyclists, it was the perfect focal length for both landscape and portrait pictures. 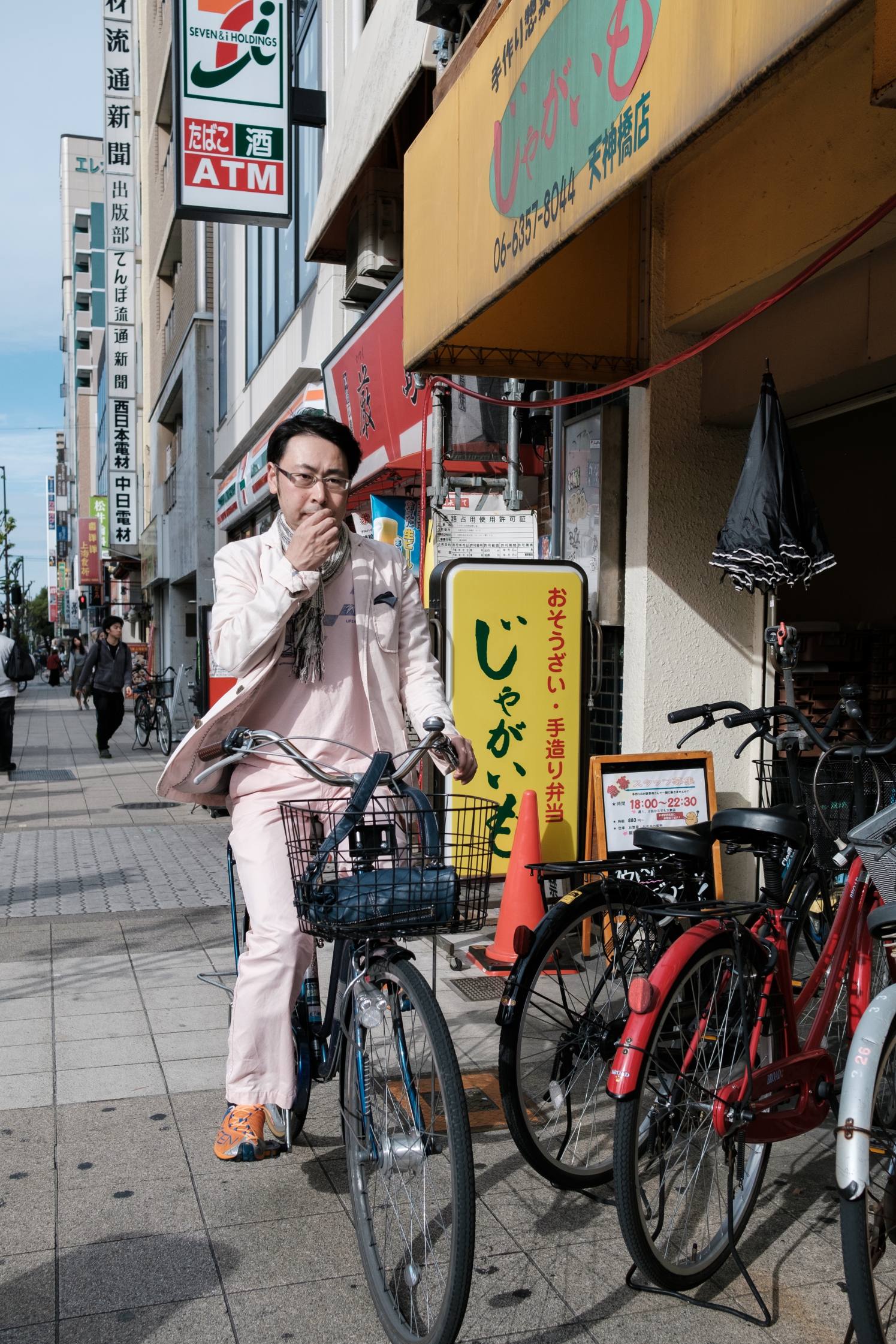 I also tried another crazy experiment. I often found that it was difficult to shoot cyclists at the proper perspective and position if I was walking as a pedestrian. I wanted to be eye-to-eye with them and centre them in my image. The only way to do that was to also be on a bike. Yes, not only was I relying on the camera to autofocus on a subject that was rapidly approaching me, but I was also rapidly approaching the subject on my bike. I had to stabilize the camera, myself, watch where I was going, and try my best to frame the image all at the same time. 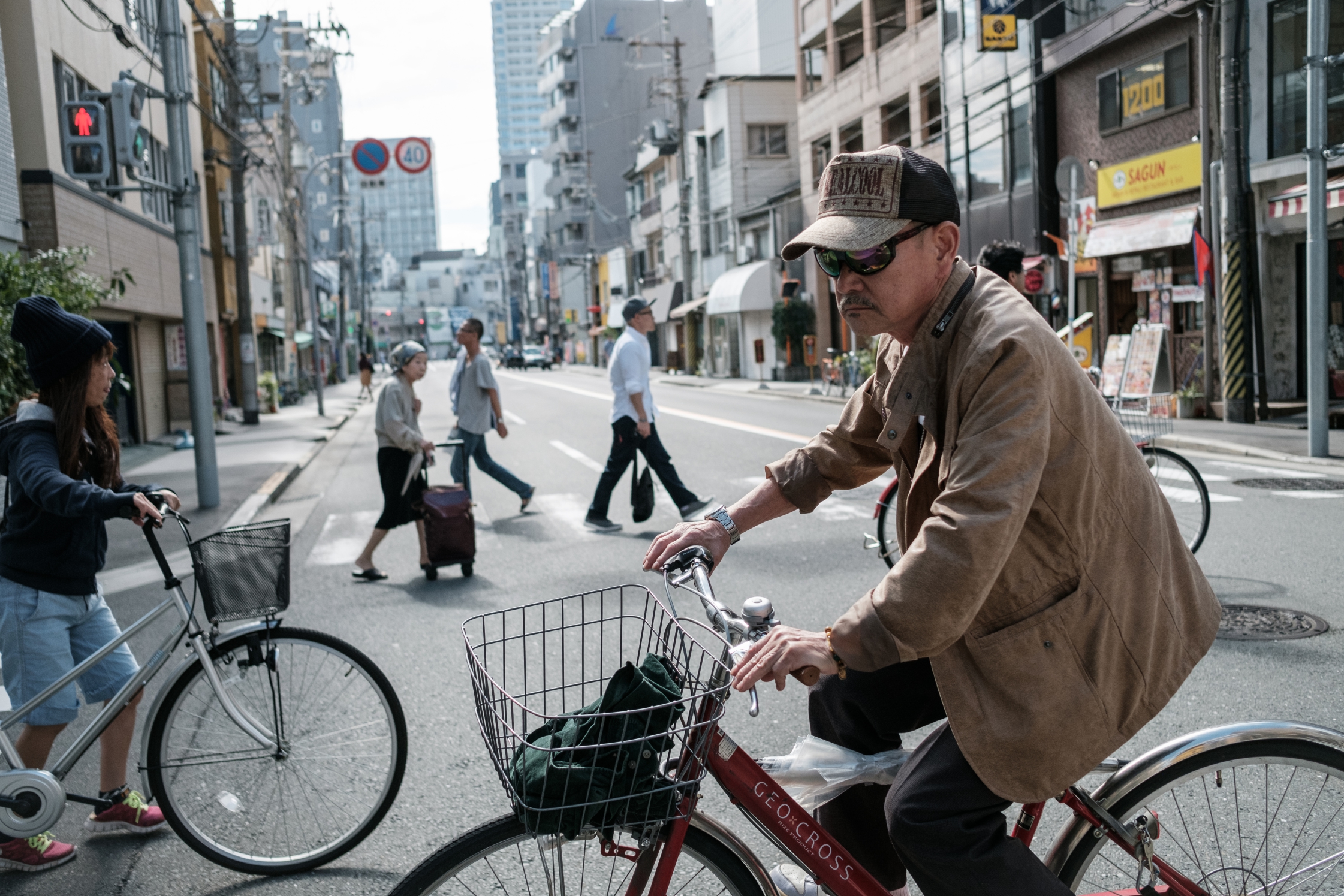 Any lessons learned from this project? Yes. Don’t ride and shoot as a general rule. I was a daily rider for many years, I’ve been on 2 wheels my entire life, and Osaka is a bike friendly city. I would never attempt to do this in Vancouver. I would either get hit by a car (won’t happen in Osaka since I’m on the sidewalk) or hit a pedestrian or another cyclist (again won’t happen in Osaka since pedestrians and cyclists know how to share the sidewalk). In terms of the equipment, I was thoroughly impressed with the X-T2 and the XF 23mm lens. I had about a 80-90% hit rate when taking these types of images (sharp focus and little shutter or focus lag). I shot mostly aperture priority and the exposure was  perfect during the day, although I did tend to under expose slightly and increase the exposure later in LR since I was shooting RAW only. All these images have Classic Chrome film profile added except for the final below image (ACROS+R). 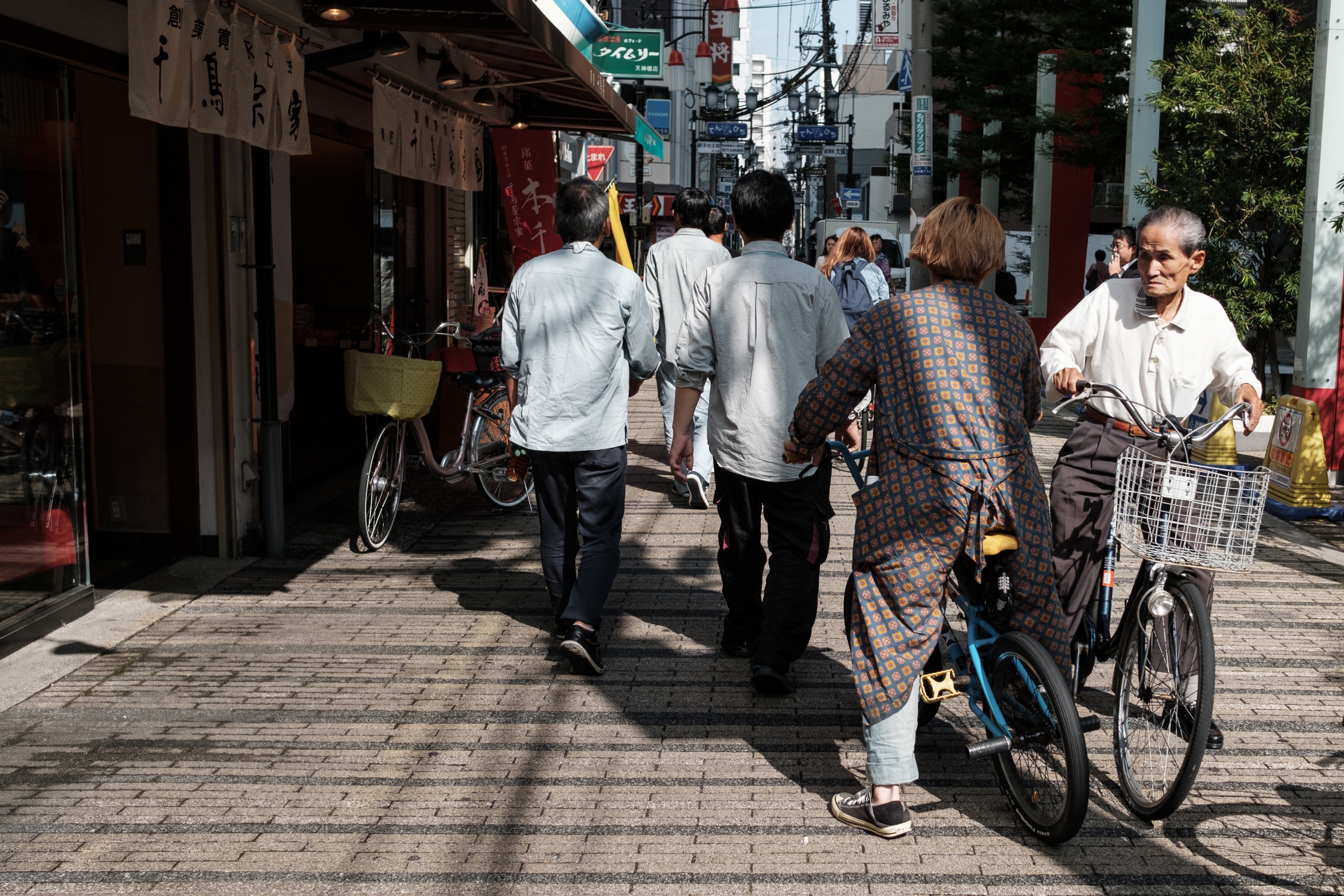 My final thoughts on the new XF 23mm f/2 WR lens. Coming from film, the 35mm standard lens is very familiar. Most zooms began at this focal length because it was practical, although some would consider it boring. Remember, no camera or focal length is boring. It’s only as boring as the photographer. You can make any focal length work for you, although some lenses you have to work harder than others. For street photography the XF 23mm f/2 WR is an easy lens to like. It has the same field of view and maximum aperture as the venerable X100T, although coupled with the X-T2 you get the fastest AF speeds of any X series camera (for now). It’s light, compact, and the autofocus is impressive. It’s quick, accurate, and rarely hunts in good light. I don’t think the XF 23mm f/1.4 would have produced the same results. Yes it’s optically superior, but the AF speed and accuracy wouldn’t be able to keep up.  I also carried the camera and lens cross-body with a strap, and the XF 23mm f/1.4 would have been too bulky for this project. The XF 23mm f/2 is just perfect. The only thing I’m wondering about is if the next generation X100 camera will have similar AF speeds as this powerful body-lens combo. If so, I think there’s going to be an epic showdown coming your way. Thanks for reading and happy shooting. 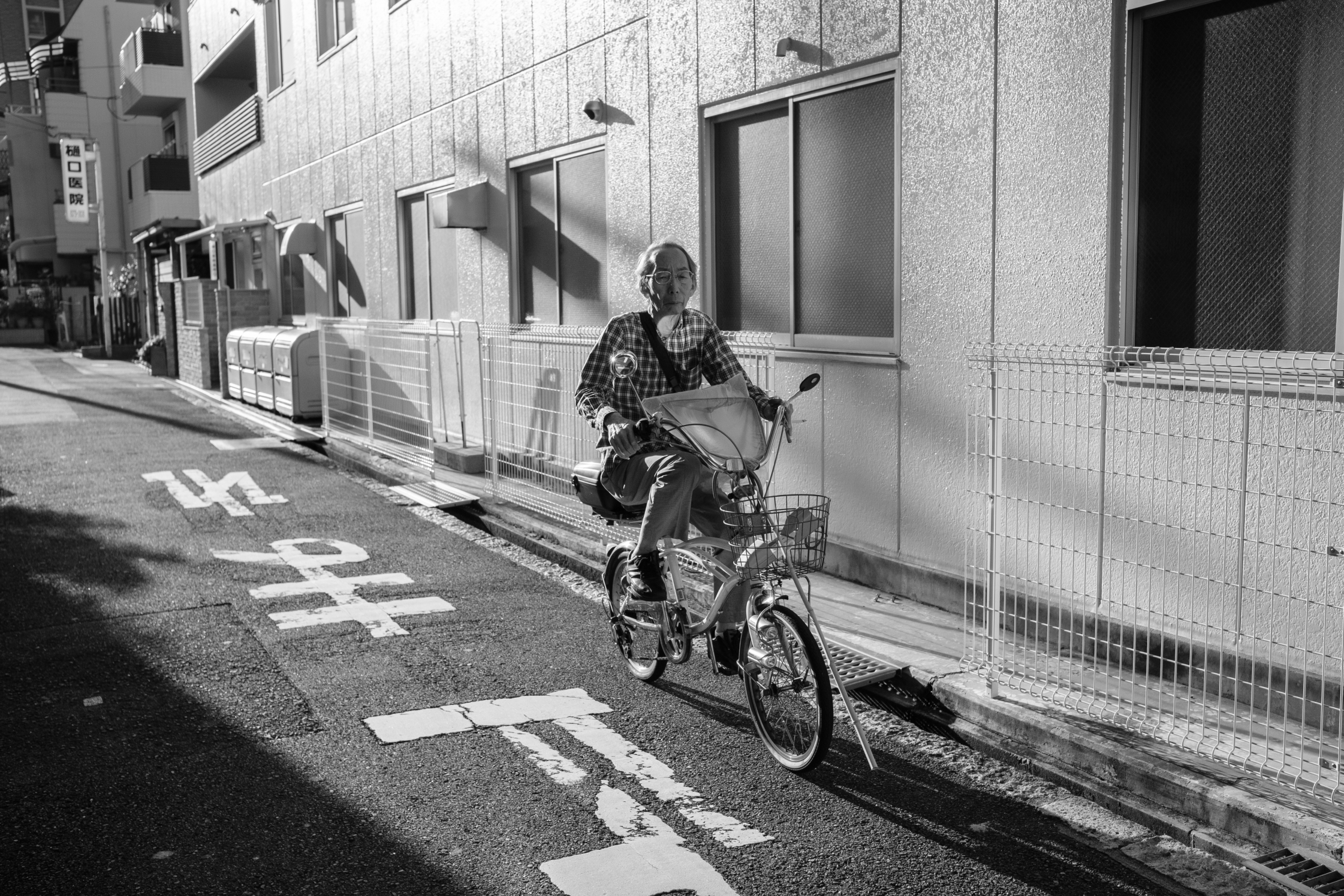 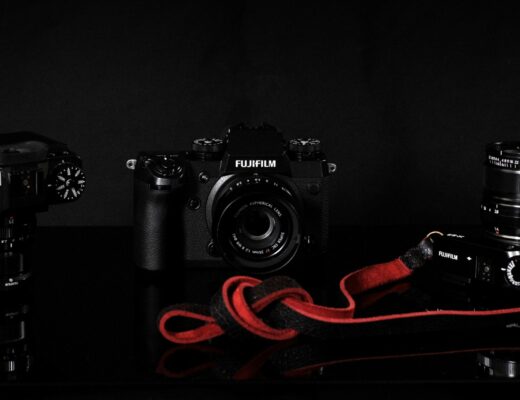 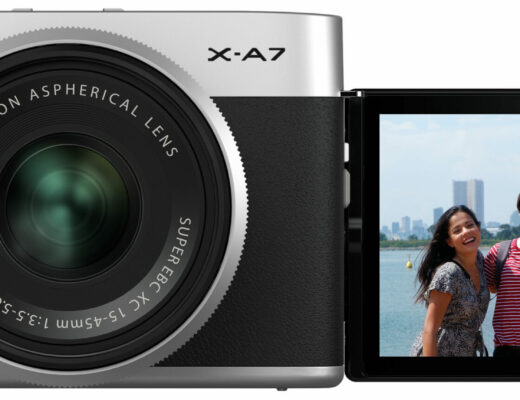