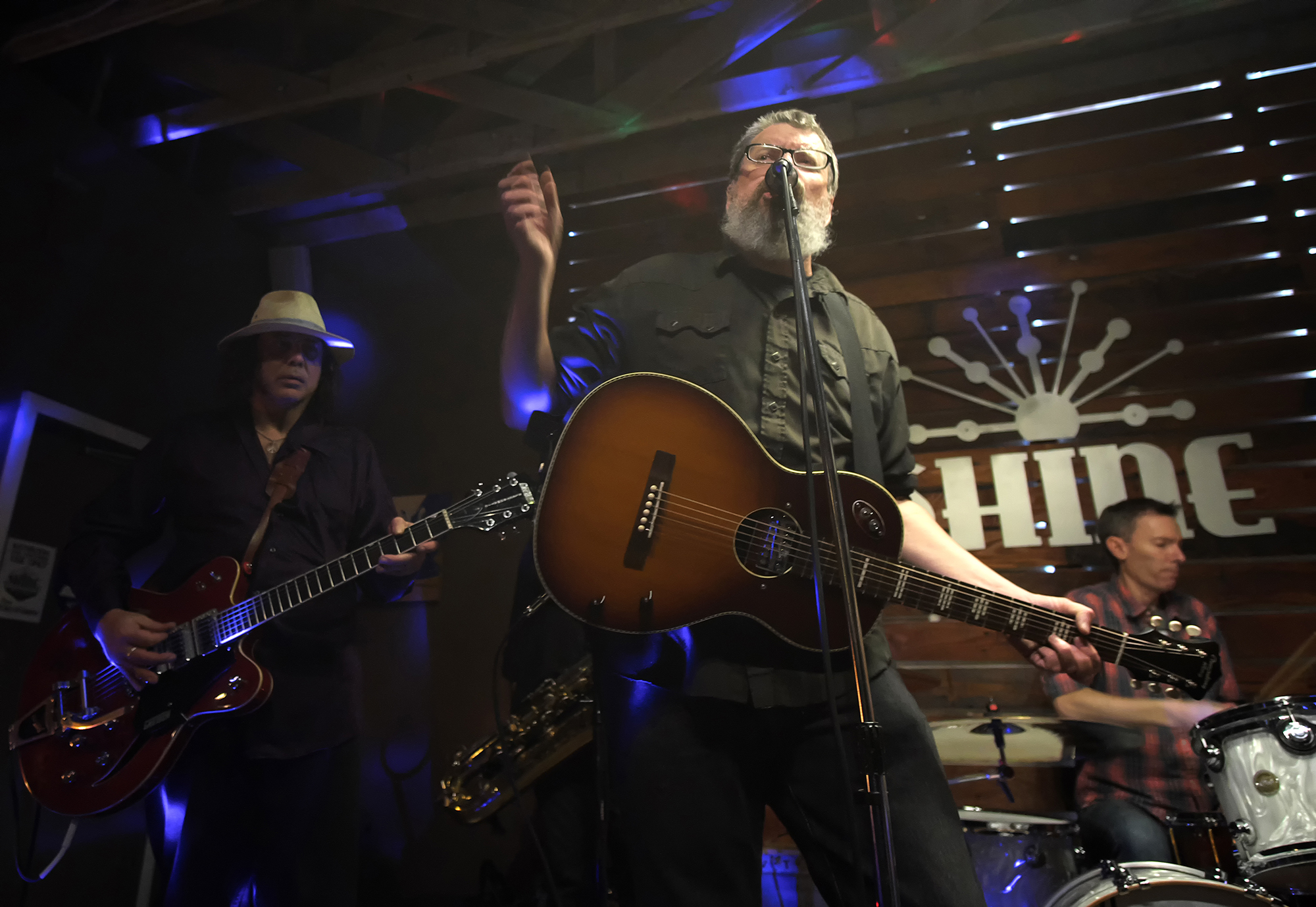 I was searching for the tools that suited me as a photographer. The only problem was; everyone expected me to use the same ones they did. It was just assumed I would buy a Canon, even by me. I hated the assumption. It locked me into such limited choices. I had been pushing a Canon point and shoot for several years and had always figured a Rebel or a used 60D (like those my friends had, but didn’t use) would be my eventual first “serious” camera.

I first heard of Fujifilm and the X-E1 in particular in a local photography group on Facebook. There was a lot that enticed me about mirrorless. The smaller size was easier for my small hands to handle. The opportunity to affordably fill out a kit with old film-era glass was another. I was on an extreme budget. Full-frame was out of the question inherently. My choices were a new entry level camera or a used camera from a generation back. The X-E1 definitely fit the bill and it didn’t hurt that I fell in love with it the second I first saw one. 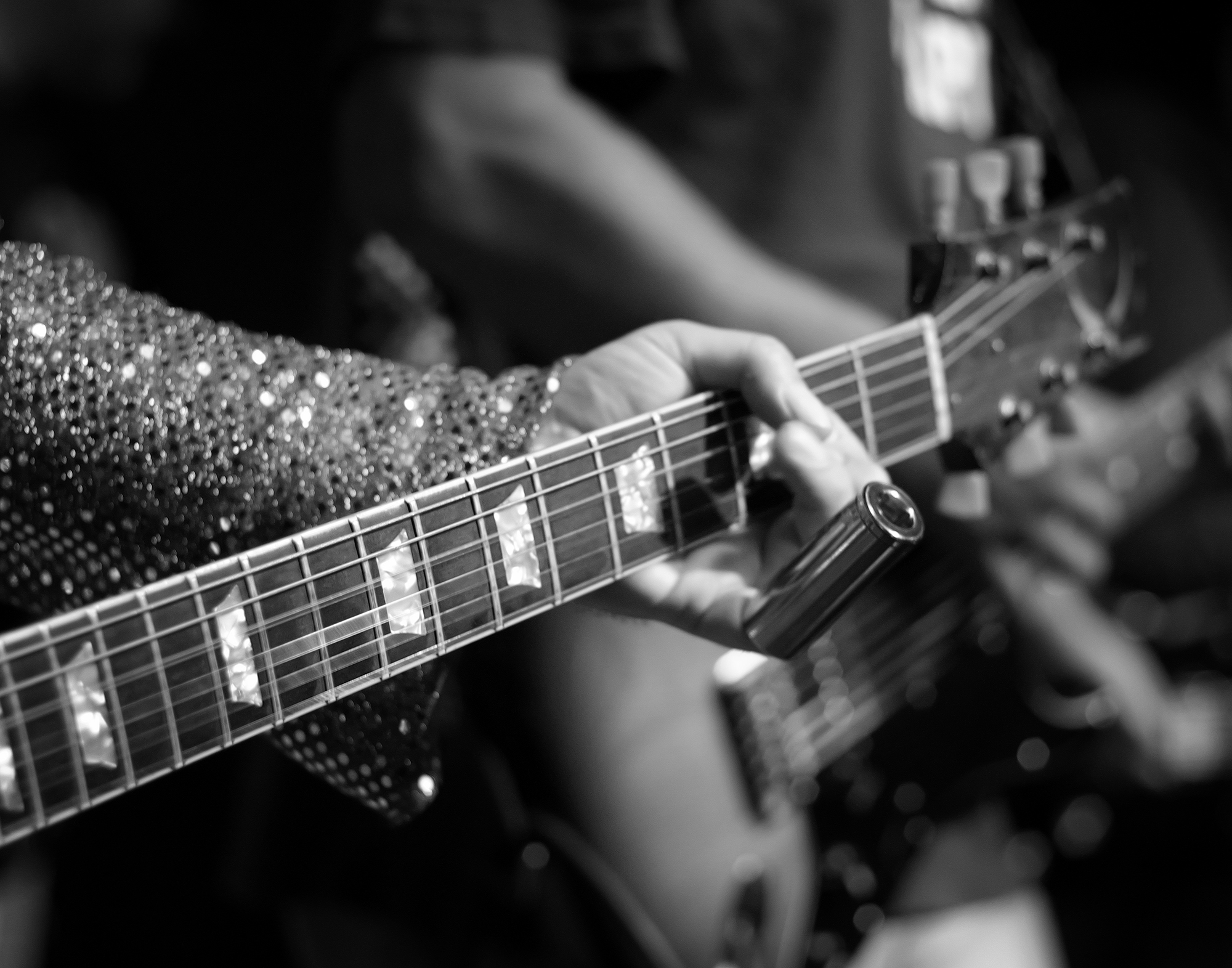 Then the second-guessing started. Was I being suckered by aesthetics? I didn’t want to think so. Friends told me to just get the Canon. It was “practical.” I could share lenses with others. I was falling for a trend. It truly frustrated me. Ever more so as I continued my research and fell equally in love with Fuji’s rendering, especially from the 1st Gen sensor on the E1. Once I learned that it had better low-light response than almost any other camera in its class or price range, as well as saw how it handled what grain there was at higher ISO, it was game over. The primary focus of my photography is shooting bands in dark clubs. I was a bit worried about the reports of the AF, but it wasn’t a deal breaker.

The bands I shoot tend to be more about connection and emotion than action and I wanted a camera that could capture that. Plus, I planned to use vintage manual focus lenses that made AF response less relevant. 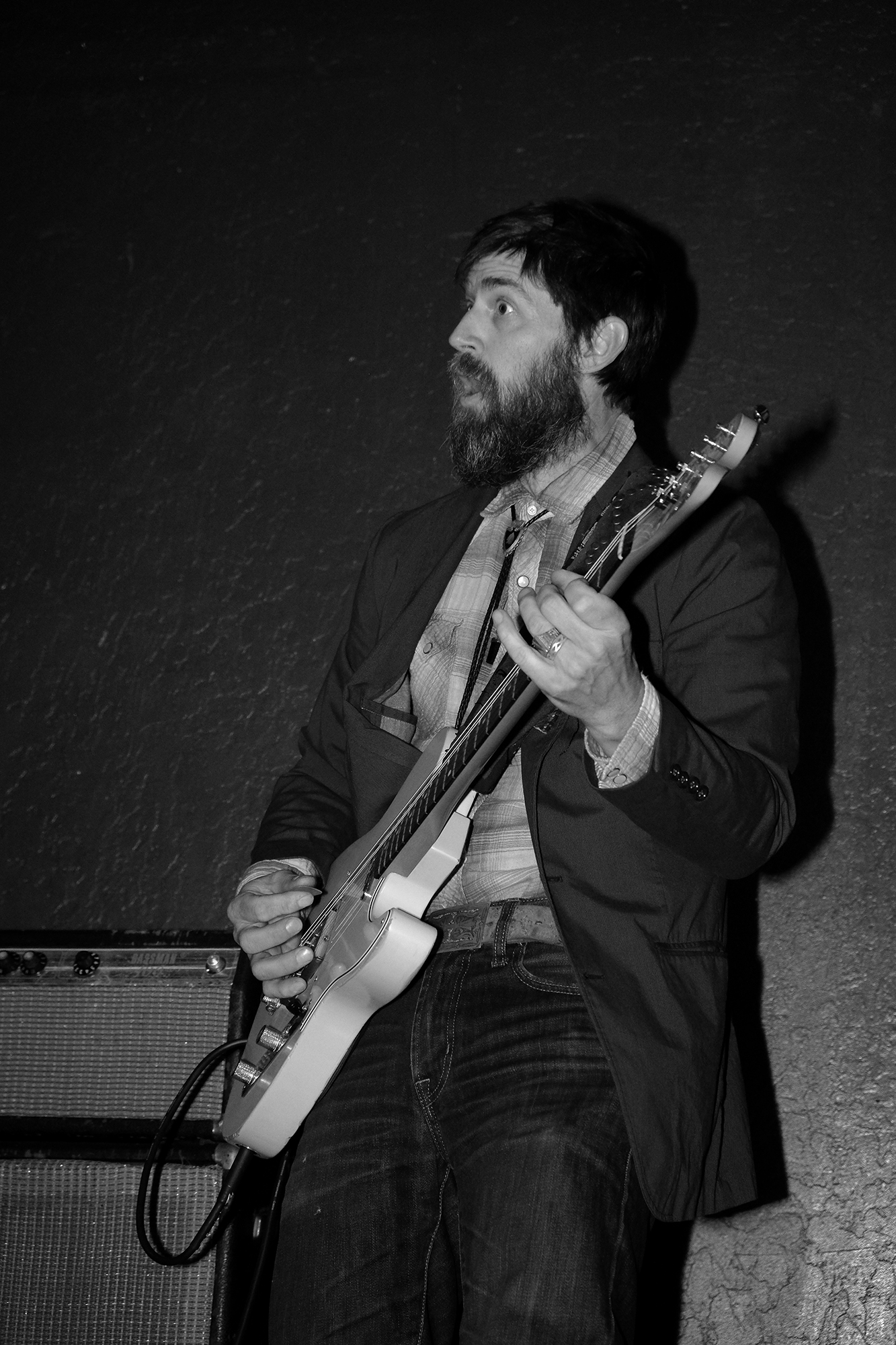 My research led me to The Original Fuji X Forum (where I am now proudly a moderator) and my introduction to the Fuji community. It was the Fuji community that was the final deciding factor. People were always willing to answer questions and give honest and respectful feedback. It was also my introduction to the work of Jonas Rask and Damien Lovegrove; both quickly became favorites whose work I avidly absorbed as often as possible. I eventually followed them to FujiLove and discovered another amazing group dedicated to sharing and shaping our craft.

In the end I ignored the naysayers and trusted my research and my gut and bought the tools for me. A like-new X-E1 and 18-55. It arrived into my life in January of 2015 and the love affair began. Combined with a growing collection of Konica Hexanon lenses, I took to capturing the Sacramento music scene with joy. My preferred gig kit on the E1 is the 18-55 and the Konica 52 1.8 for its stronger contrast and the ease of using focus peaking over my other Konica primes. I added a Rokinon 12mm a little over a year ago and I am surprised how much I love that lens for gigs. The ability to get an entire band into the shot with ease and play with the angles and distortion makes for some very fun shots. While having only the choice of white peaking makes it slightly less functional, in my experience the peaking on the E1 was quite reliable. Remembering to use the Low setting with my modern lenses and High only with the vintage Konicas made for more accurate readings.

Live band photography led to work doing posed promotional shots. This is where the E1 truly shined. People have spoken of the portrait rendering from the original X-Trans sensor and it is no exaggeration; the proof is in the lovely skin tones. I believe that 1st Gen sensor and Konica Hexanon lenses produce a magical effect combined together. That look became my calling card. For portraits, I generally use my Konica 50 1.4 and sometimes the 57 1.4. 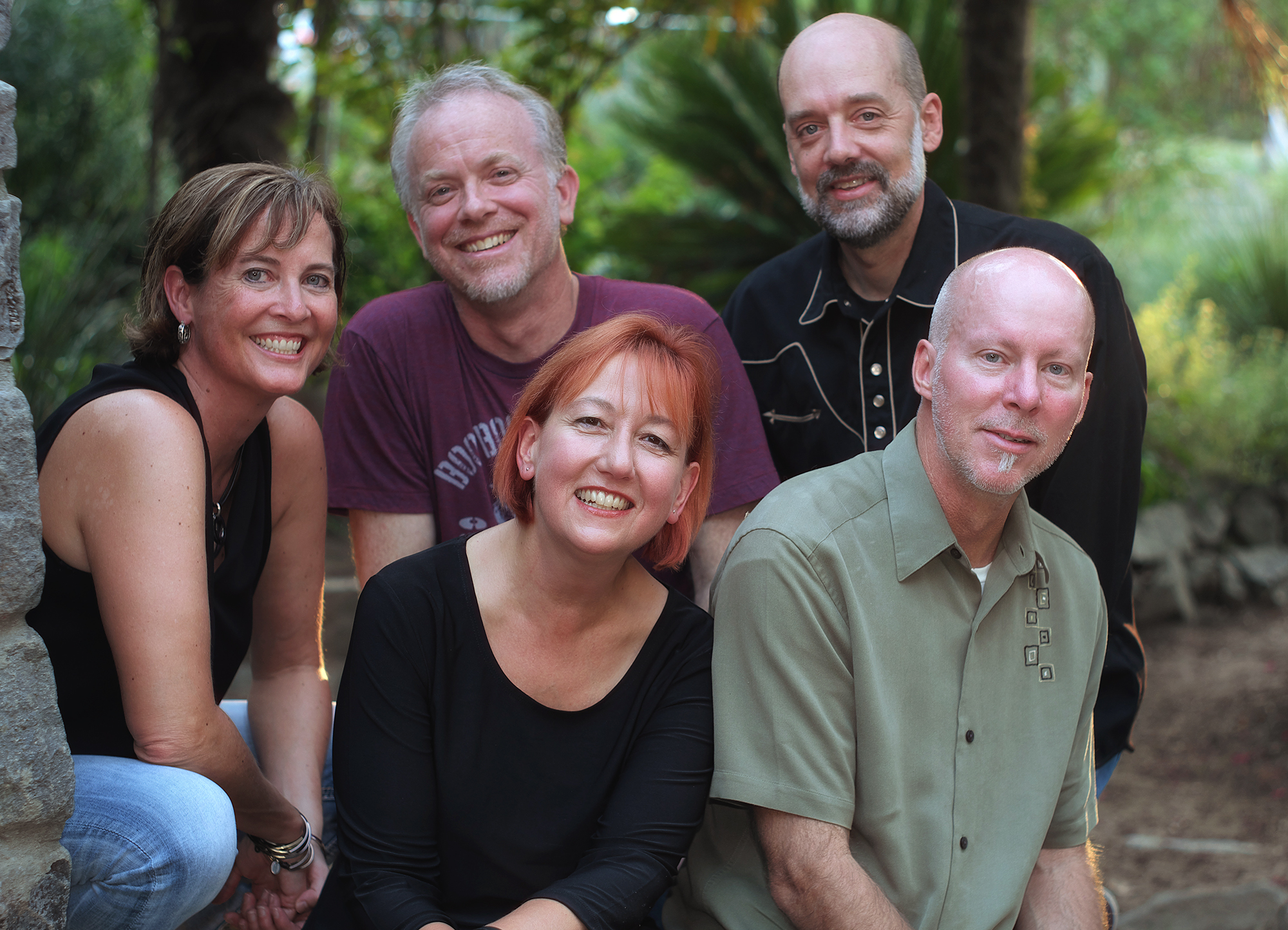 My other photographic love is for botanicals. I have lived right in the midst of urban gardens for the last 8 years and my E1 documented every season in glorious detail. This is another place where my Konicas proved their worth. Prior to acquiring my 35 1.4 last year, I used one of my Konica primes for 90% of my botanical work. My favorite is the 57 1.4, but I am also fond of the 135 3.2 and the 50 1.4. Recently, I have gone back to using the E1 for most of my botanicals. There was something I was missing. That special magic created by Konica, E1 and flower is real to me. 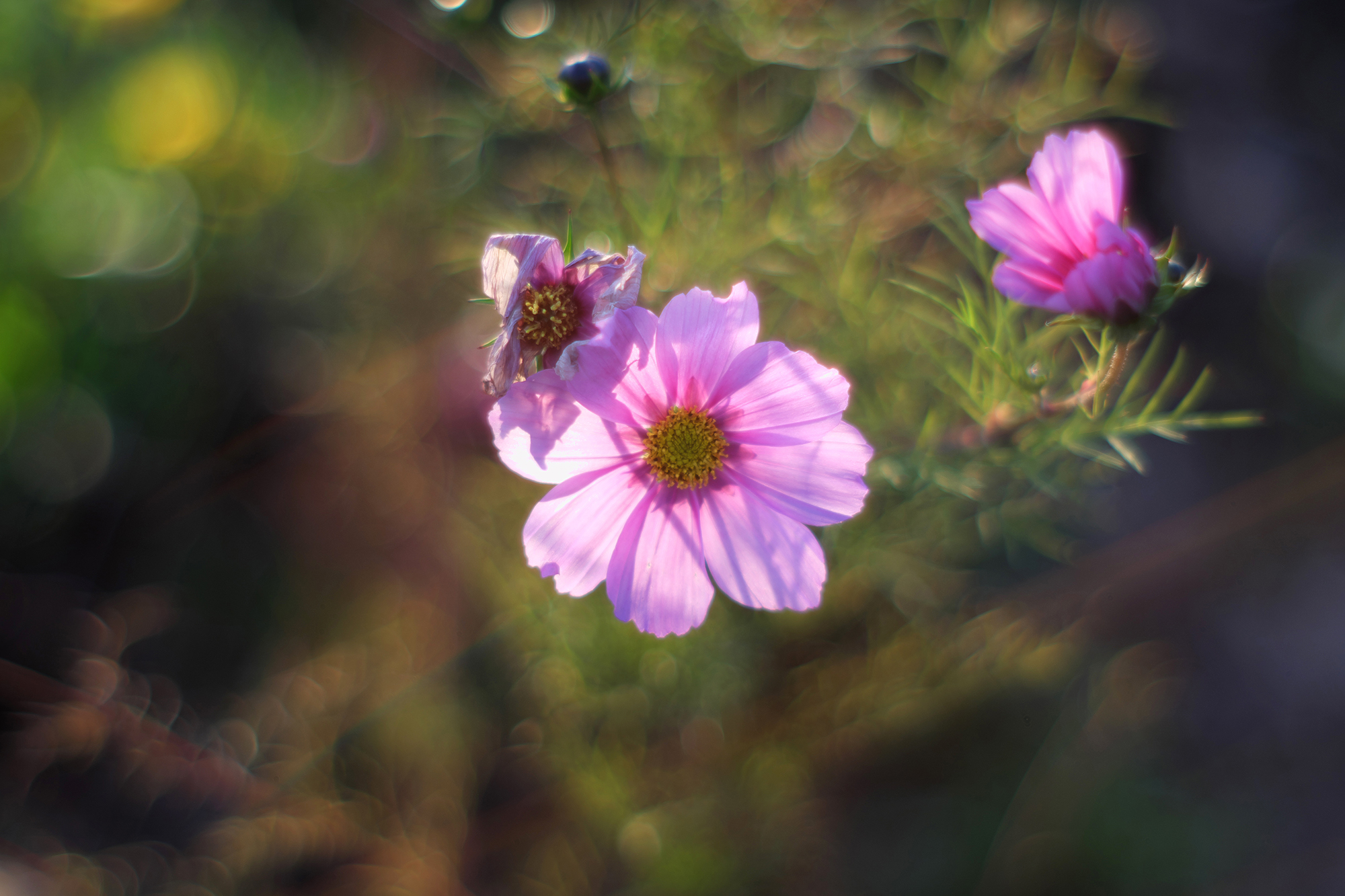 My favorite series of photos are the ones I took at Santa Monica Pier and Venice Beach in November of 2016. I hadn’t had much of a chance to travel so this was a great opportunity to finally take my E1 out of Sacramento and let it loose on one of the most scenic spots in the State. I was not disappointed. At least, not by the photos. I was blessed with a glorious sunset at the end of an active day walking up and down the beach. My only regret is that I was still shooting JPEG only at this point. I can only imagine the dynamic range in that sky if I could have had the raws. 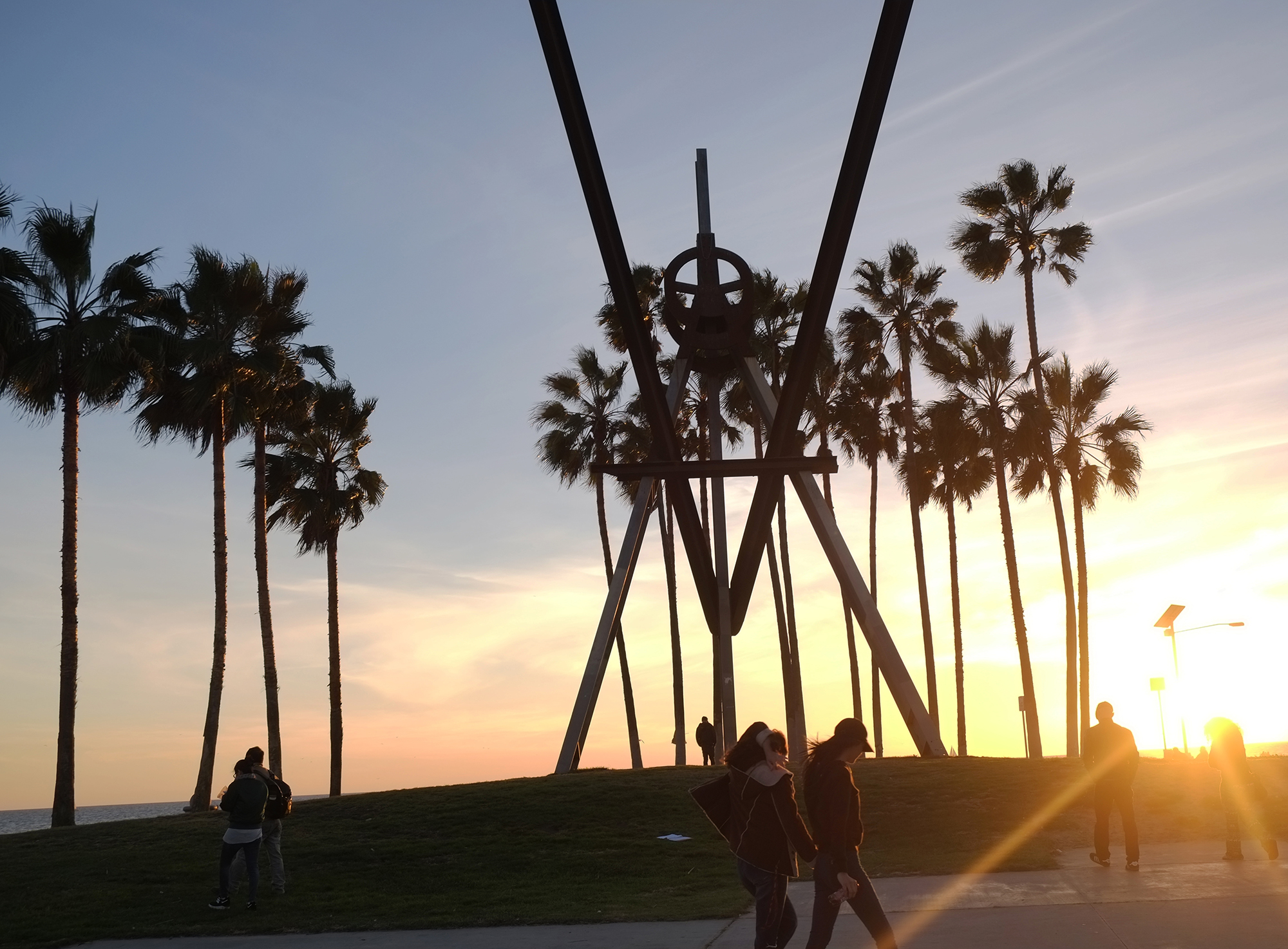 Otherwise, the majority of my landscapes (and a fair number of my street and cityscapes) were shot “From the Car” as a passenger. This is a technique I started using with my point and shoot that has evolved with my Fujis. I don’t often get that far out of town, so I take advantage of everyday drives to get a different angle on the city and its environs. While I now prefer the T20 for shots like this, my favorite and most beloved “From the Car” was shot with the E1 and the 18-55 that originally came with it back in January of ’15. 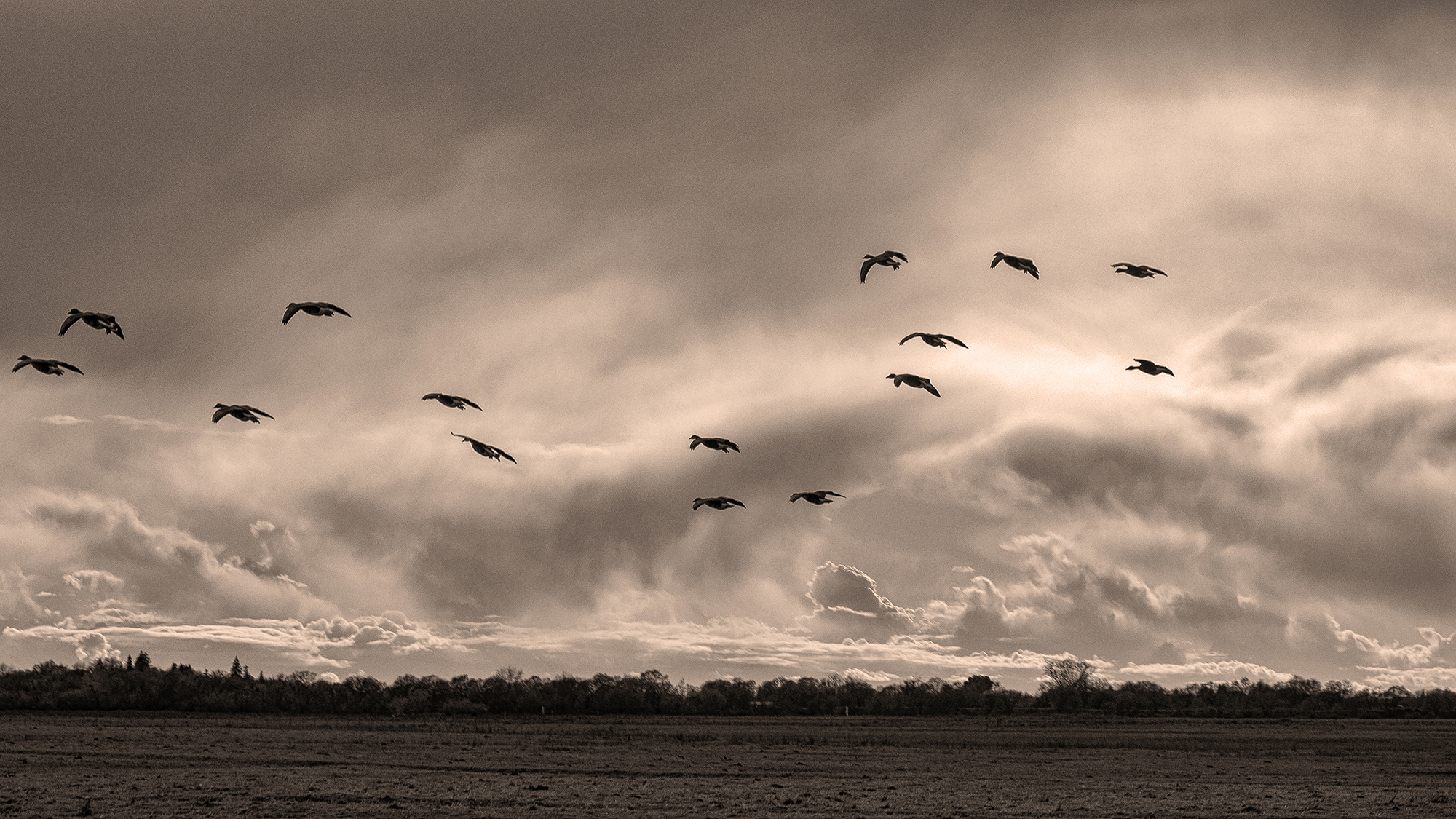 For me, the X-E1 was the tool I chose. The one that was suited for me. While it is now one of two tools, it still has its place. Not just in my heart, but in my use. 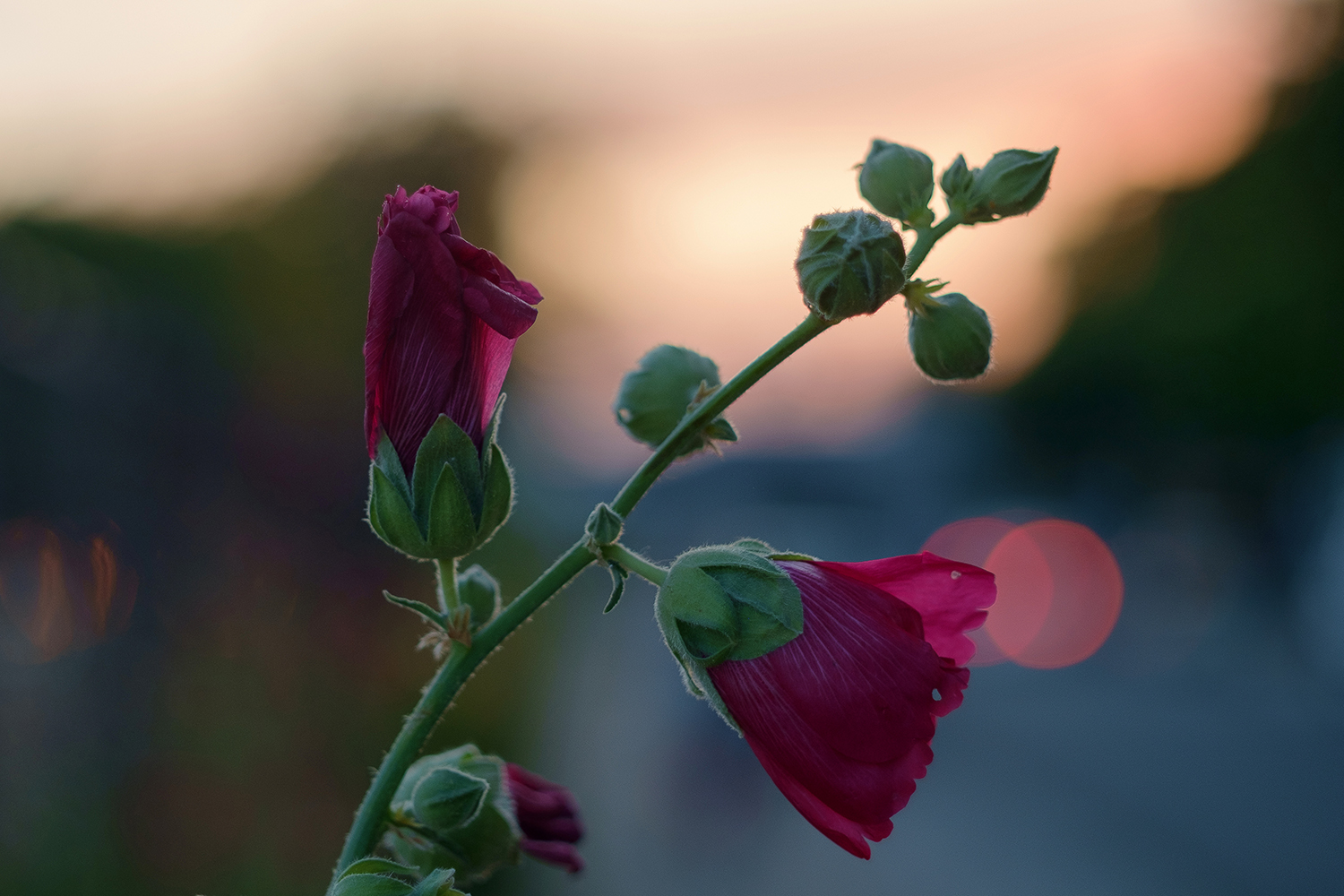 Tara Elizabeth is an event and art photographer based in Sacramento, CA. Primarily focused on band photography, she has worked with acts including The Dive Bar Bombers, Loose Engines, Natalie Cortez Band, Kally O'Malley and Mike Curry. She has also participated in various art shows around the city. 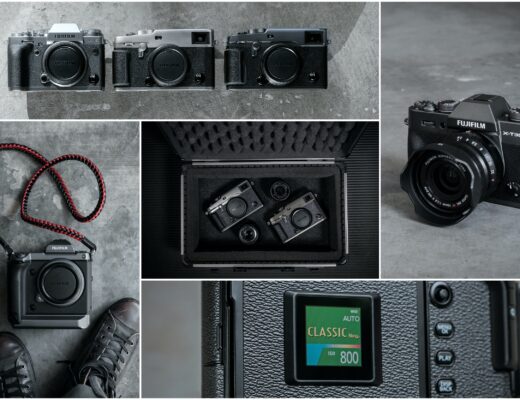 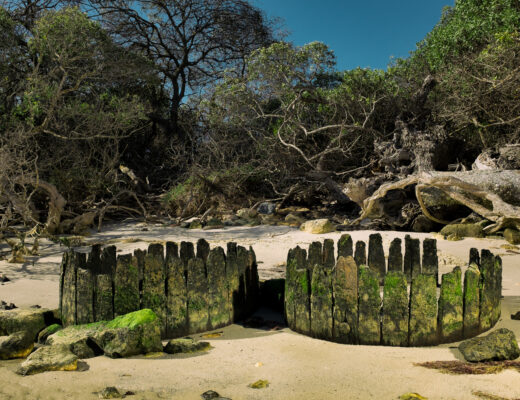