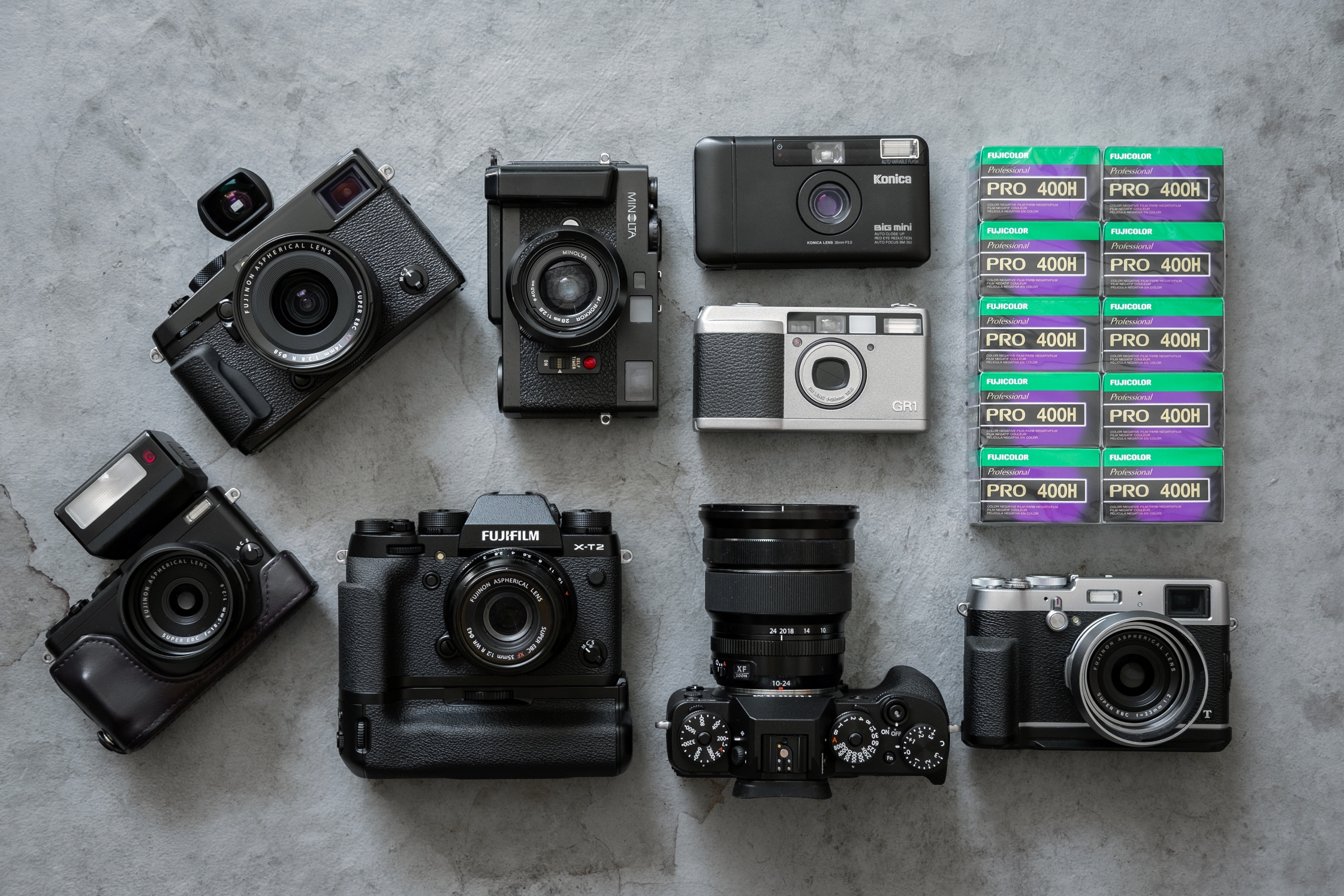 With an upcoming work project in Hong Kong, I must decide which gear is necessary and which is superfluous. The size and weight of my gear is also a big factor since carry-on restrictions on airplanes are strictly enforced. As you can see by the above image, there are big decisions that have to be made. I have a film project so I have to choose a point-and-shoot and an ILC. I also have to decide on a vlogging camera. The biggest decision is choosing between the Fujifilm X-T2 and the X-Pro2. My previous article talked about some of the benefits and disadvantages of both cameras, so I decided to re-read my own words to hep me make the right decision. Which camera is better for my upcoming project? First, let me explain what I’ll be doing in Hong Kong and what I need my cameras for. My upcoming project with MonogramAsia and Arcade Original has my main ILC camera being used both as a video as well as a stills camera. I’ll be producing 4 to 5 videos for a client, which will include interviews, b-roll and montages. I need a standard microphone input (which both the X-Pro2 and X-T2 has), extended video recording, extended battery power, and headphone monitoring. 4K is not necessary but it’s good to have just in case. The X-T2 has these features, but some only work if I bring along the Vertical Power Booster Grip (VPB-XT2). The booster grip does have a separate in-booster battery charger as well, so there’s no need to bring regular battery charger, a slight weight savings. However, the extra features I gain comes at a cost: size and weight. At 370g with the batteries, it’s like bringing the Fujifilm X70 or two primes. As a primary camera the size and weight of the X-T2 would be too much, but since it’s playing double duty as both camera and camcorder, the extra bulk is justified. I also have my own personal projects, including lots of architectural and street photography. Both the X-T2 and X-Pro2 can get the job done, but the X-Pro2 would have the slight advantage due to my personal preference for the form factor and optical viewfinder. I also have to decide on lenses. Fujifilm does not currently have a decent video-centric lens. Ideally, I would like Fujifilm to build an XF12-35mm f/4 R OIS WR specifically designed for video, with a smooth aperture ring, extended OIS capabilities, and a longer throw for manual focusing. Until then, I have to choose between the XF10-24mm or the XF14mm. The XF10-24mm has OIS, but the XF14 is much lighter (207g versus 407g) and more compact. Again, size/weight versus performance and convenience. I’m also bringing the XF35mm f/2 WR because it’s a great compact prime at the right focal length for certain images I need. At this point I decided to start weighing the equipment and see what type combinations worked for me. Weight is very important because I am not just shooting with Fujifilm gear. I also review 3 other brands of cameras, and I have separate projects with different gear as well. I can easily go over-weight in terms of carry-on allowance as well as shoulder weight dexterity. I was comparing the weight difference between the X-Pro2 and X-T2, but as well as different lens combinations. Here are some numbers:

*these numbers are based on using my own digital scale, not the official weight from Fujifilm

The lenses I’m probably going with are the XF35mm and XF10-24mm. When all things have been equalized (adding the 2 extra batteries to the X-Pro2 but without a booster grip), the X-T2 kit is 300g heavier. That might not seem like much, but when you’re dragging around 2 more kits (my Leica M kit is going to be heavy because I’ll be shooting exclusively film), plus a tripod and video accessories (mics, lights, tripod, etc.), it starts to add up. I’m even weighing my bags to see which are the lightest but can carry the most equipment. If I decide on being as light and compact as possible, the X-Pro2 with the XF14mm and XF35mm would weigh in at 1020g, a savings of almost 500g. However, I won’t have any stabilized lenses, I lose the extra features of the booster grip, no articulating screen (great for video), and I lose the opportunity to create extra videos and articles by reviewing a pre-production camera. This last one is probably the biggest factor that will sway my decision. Content is king for a camera reviewer. My final decision is to take the X-T2 kit over the X-Pro2. Yes it’s bulkier and heavier, but I get more performance. I’ll have 3 working batteries, I have extended video capabilities, I’ll have improved ergonomics and functions, and I’ll have extra content (who wants another X-Pro2 review?). But the extra weight is going to kill me, or will it? I decided to weigh my previous DSLR kit, to see what I would be saving shooting mirrorless versus my older system. In terms of size, you can see in the above picture the huge difference between mirrorless and DSLR. I weighed my Sony A700 (APS-C sensor) and my Minolta 28-70 f/2.8 G series lens. Total weight: 1640g. If I added the booster grip, I would be over 2000g!! I use to travel with 2 of these bodies, multiple flash heads, battery packs, lenses, etc. Yes, mirrorless has a huge advantage over DSLR systems when it comes to size and weight.

In conclusion, the X-T2 with the power booster is not the lightest mirrorless combination, but the extra bulk and weight is worth the additional performance features. If I didn’t have to shoot video, I would have easily taken the X-Pro2 instead. If I needed to bring two bodies, would it be wise to bring an X-T2 and an X-Pro2? Probably not. Continuity in workflow would lean towards buying two of the same bodies, especially when it comes to work. Both the X-Pro2 and X-T2 are great bodies for the Fujifilm X Series, but the power booster made the biggest difference on this work assignment. My next big Fujifilm decision? I haven’t decided yet between the XF14mm and XF10-24mm. For my film project, I haven’t decided if I should bring Fujifilm Neopan Acros or Fujicolor Pro 400H. What do you think? 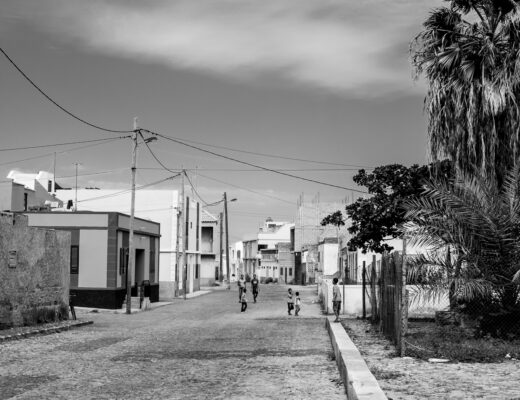 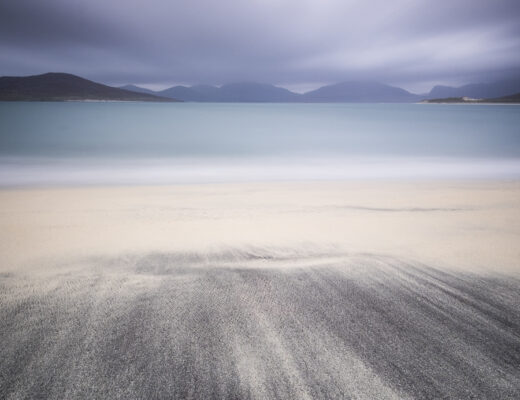 Practical Landscape Photography with the X-T1 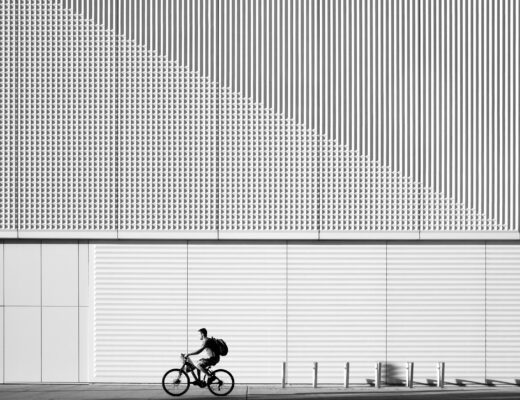